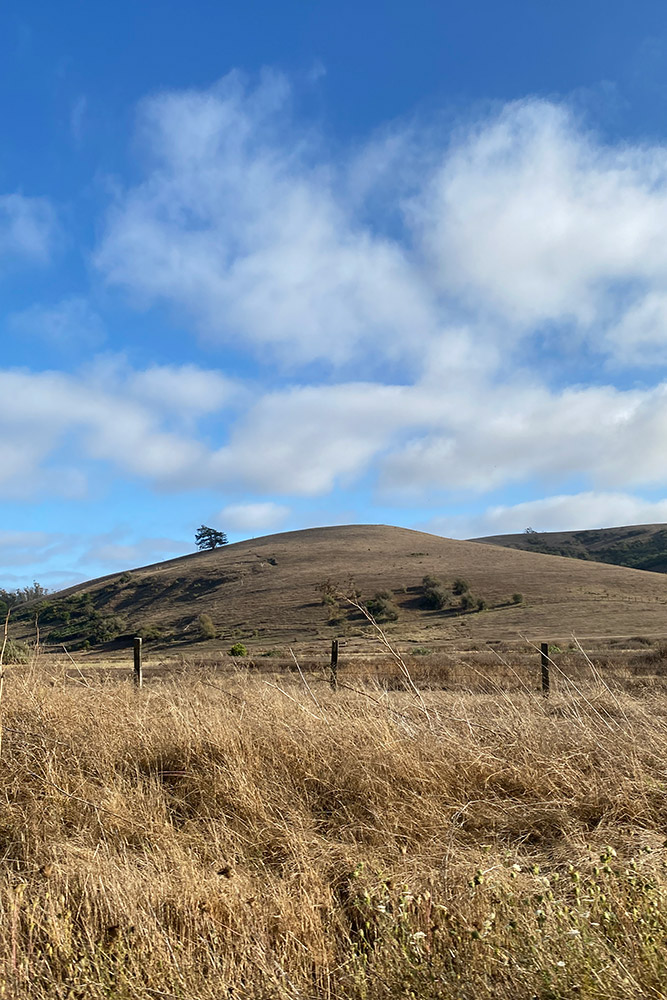 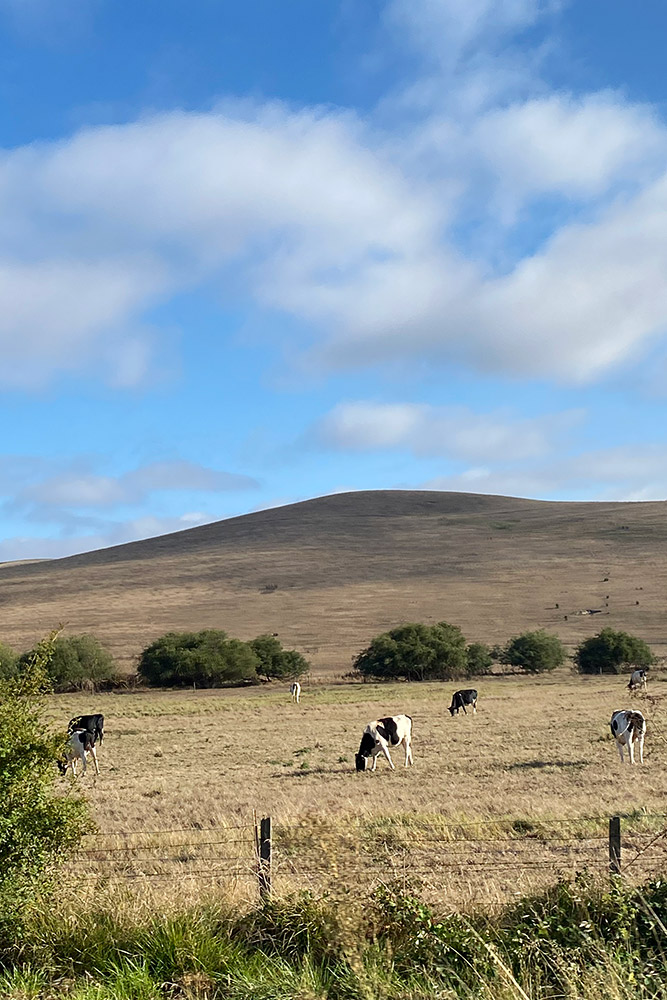 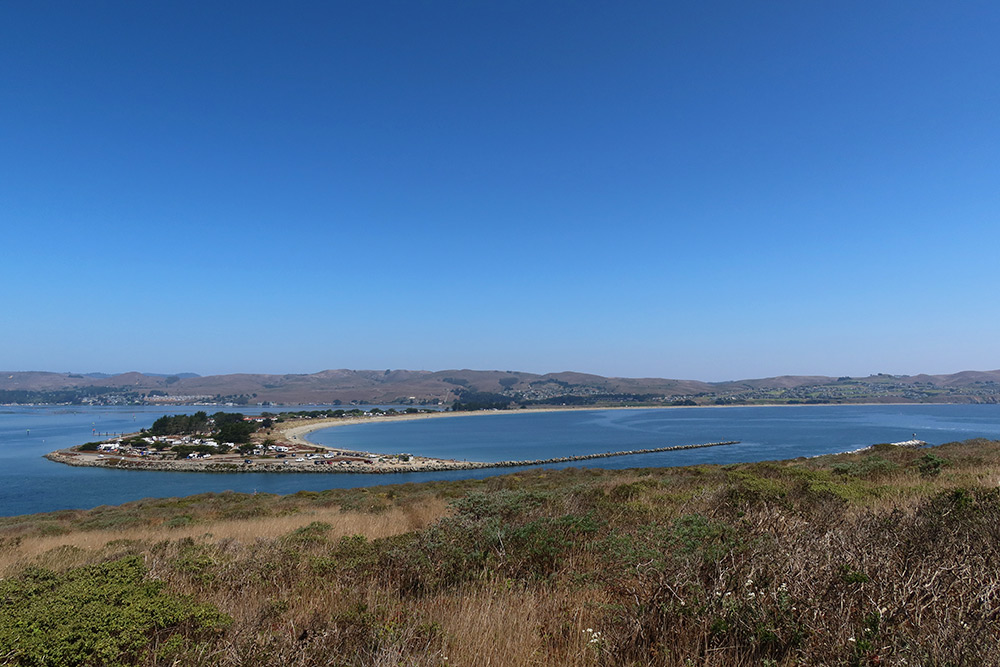 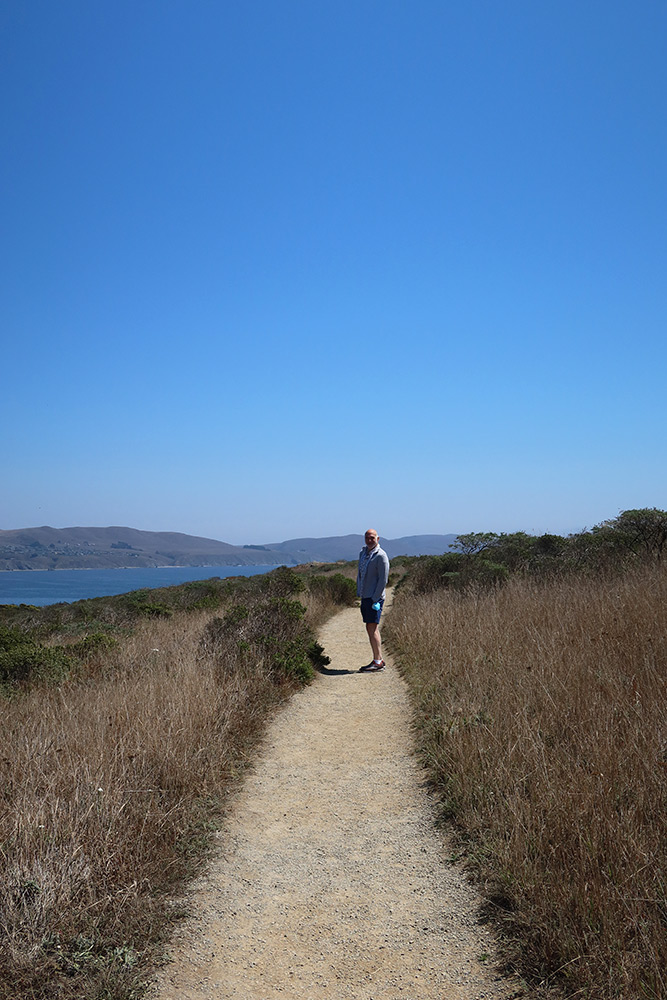 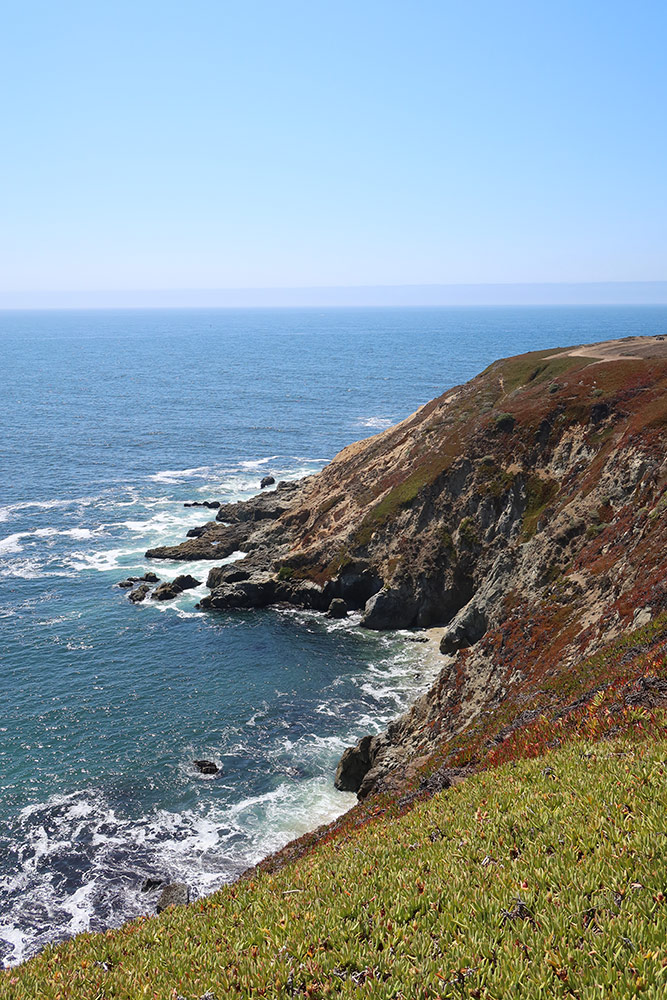 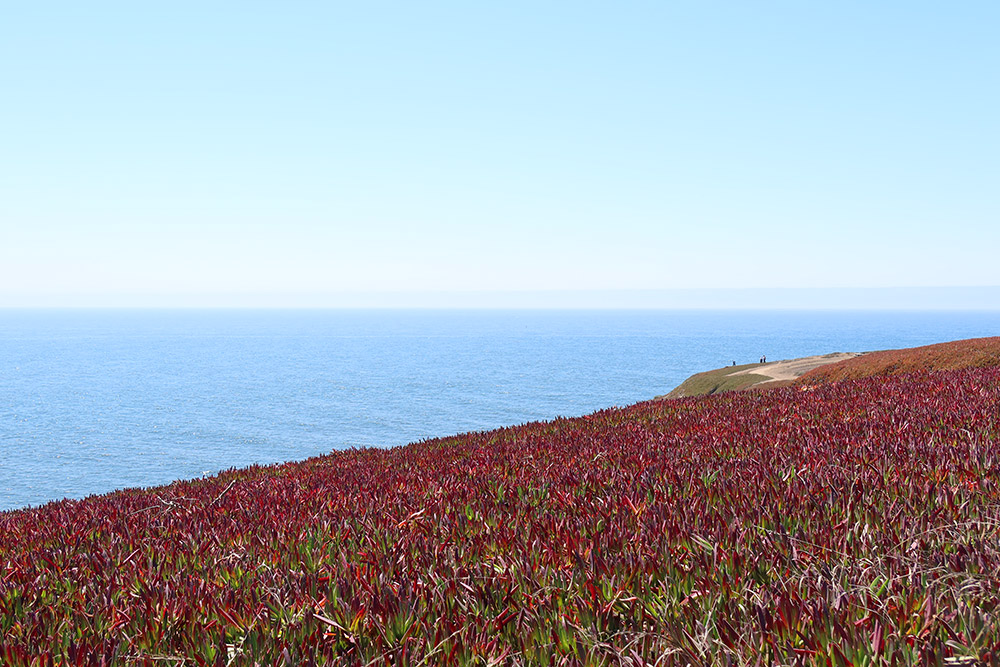 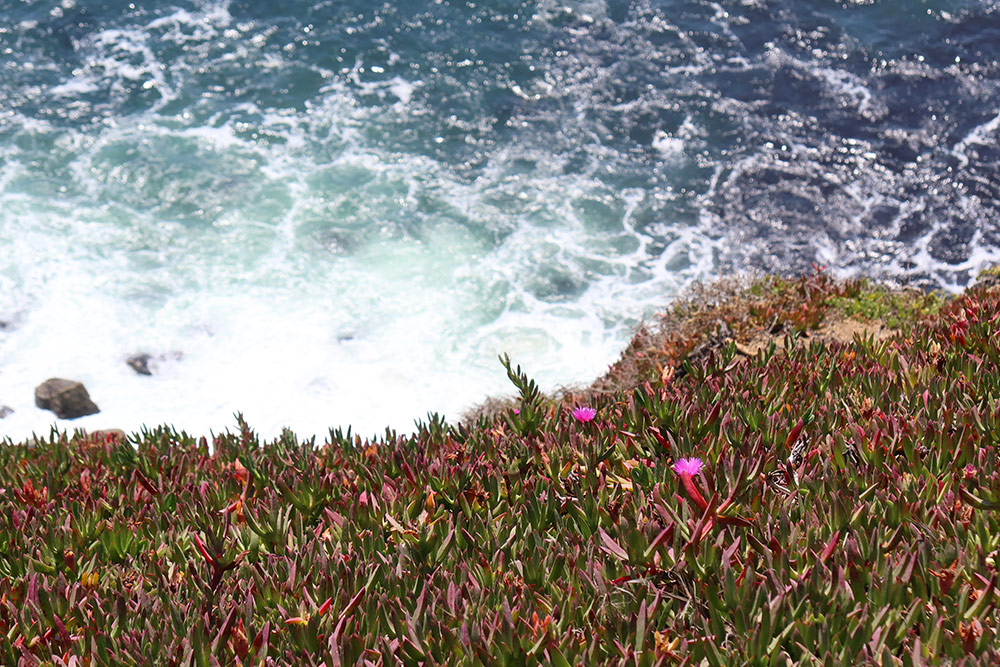 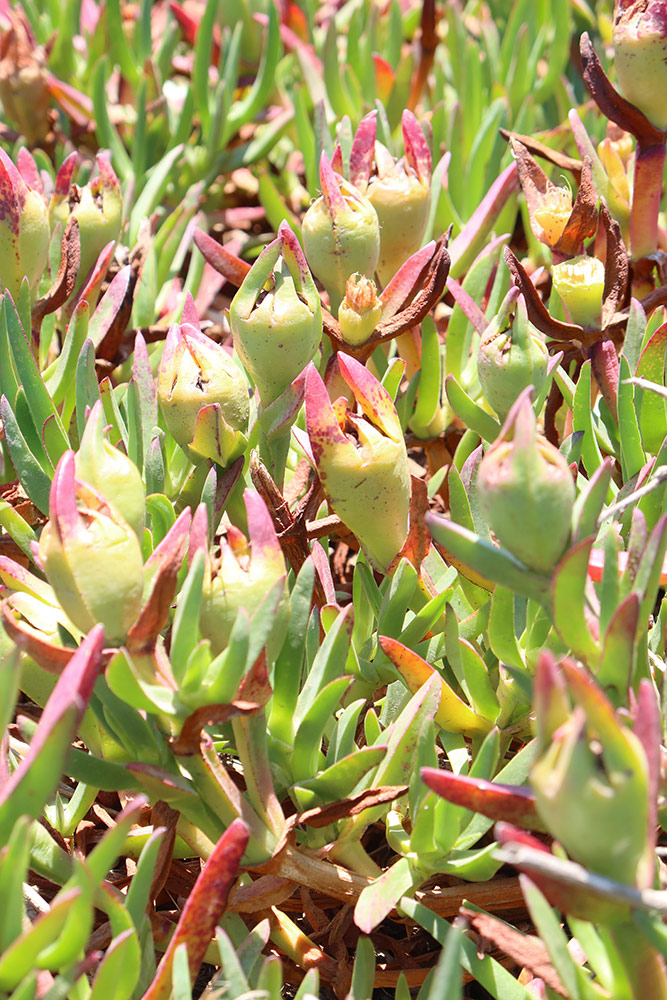 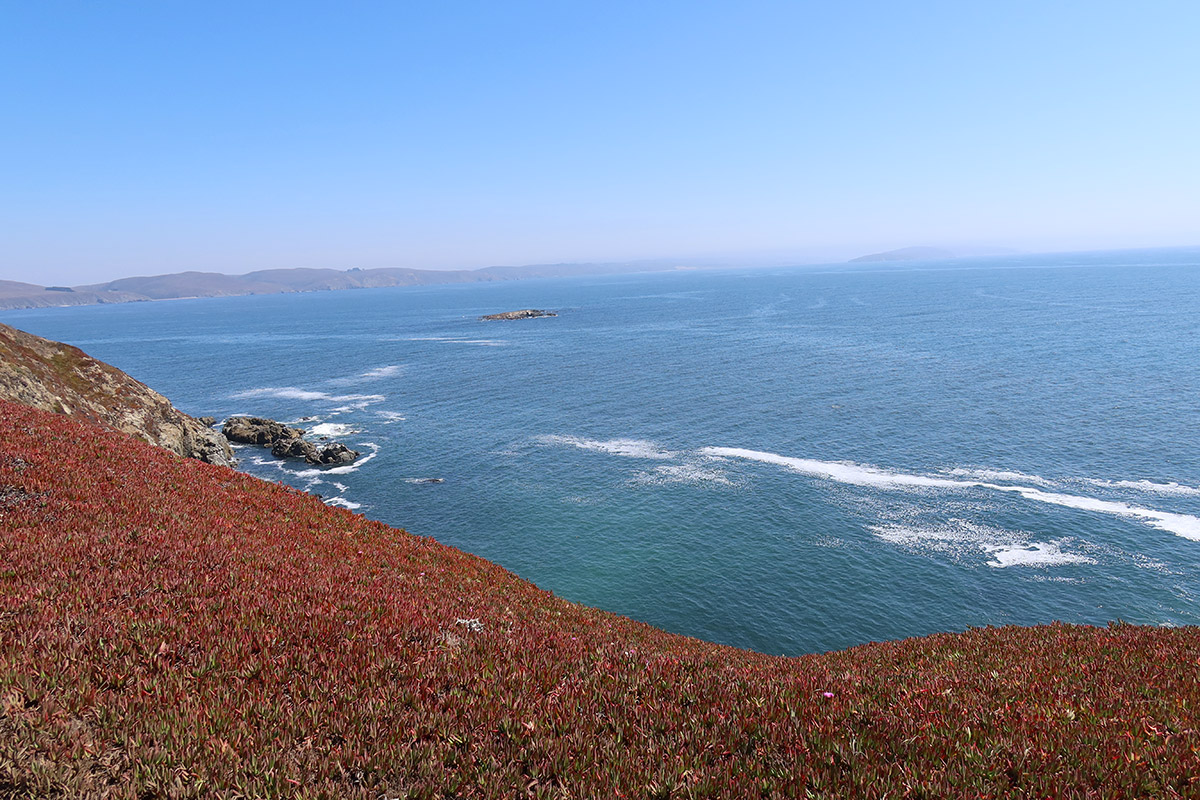 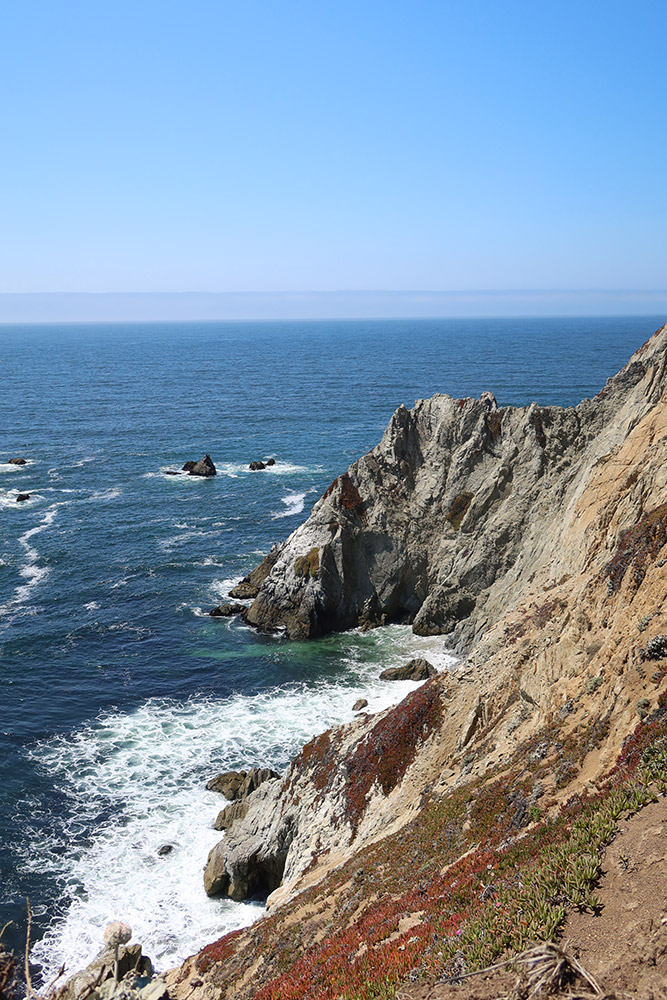 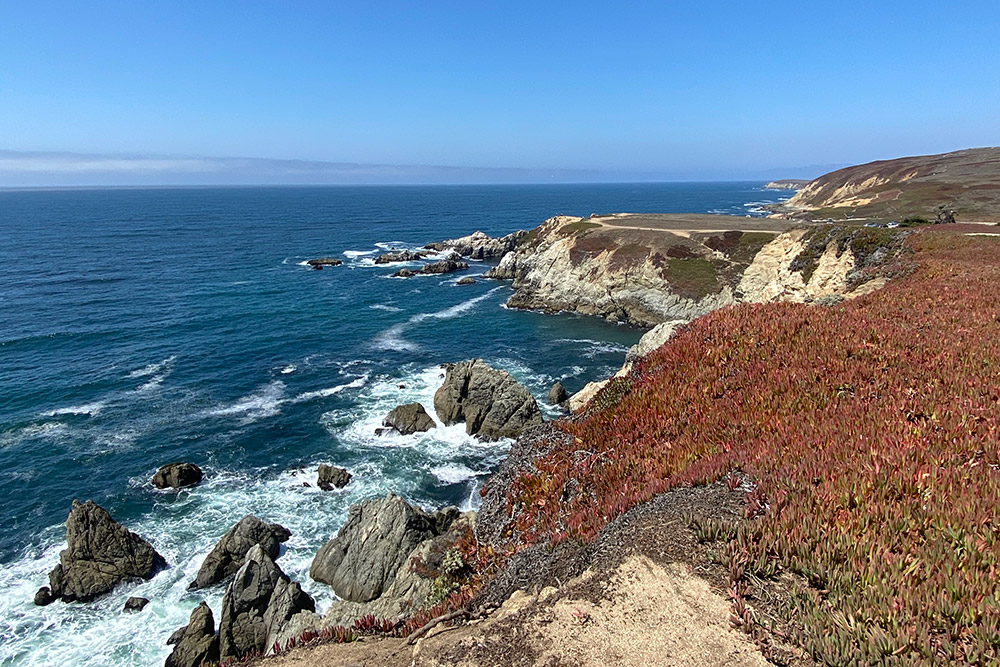 After our stay in Napa, Charles and I were supposed to spend a few days on Lake Tahoe, but the multiple wildfires in the area thwarted our plans. As a last-minute alternative, we headed west to the Sonoma Coast, well away from the threat of wildfire smoke wreaking havoc on our eyes and lungs. While only 40 miles from Napa proper, the distance between is filled with several of those notorious California microclimates, making for a truly stunning drive. I was particularly taken by the landscape west of the 101. As we emerged from the rugged peaks of the Mayacama and Sonoma Mountains, the terrain gave way to golden, perfectly rounded hills that stretched for miles and miles, all the way to the coast. This is dairy country, and those hills are populated with some very happy cows that produce some very well-known milk products (ie: Cowgirl Creamery).

We followed Highway 1 as it traced the valley floor between the folds in the hills. As we neared the coast, the slopes steepened and towering groves of eucalyptus and cyprus sprung up along the sides of the road. After a serpentine stretch around a precipitous headland, Bodega Harbor and the Pacific beyond dramatically appeared on the horizon. We stayed on the 1 as it narrowly hugged the eastern shore of the harbor and wound its way through the village of Bodega Bay, eventually making our way to Bodega Head via Westshore Road. A part of Sonoma Coast State Park, Bodega Head is a promontory at the southern end of the park that juts into the Pacific. It consists of two hillocks that rise up from the ocean, offering sweeping views of the coastline while sheltering the harbor and bay from the mighty Pacific. Bodega Head Trail wraps around the crown and connects the two hills.

We really lucked out with the weather. Having been to the Northern California coast in the summer several times before, I know all about those chilly days when the marine layer doesn’t lift and visibility remains as thick as pea soup. We arrived during a heat spell, which fortuitously obliterated any fog in the atmosphere, yielding cloudless blue skies and delicious air temperatures. After parking the car, Charles and I set out on the Bodega Head Trail. Starting on the eastern side of the promontory, we followed it clockwise as it cut through thickets of dried coastal flora. Peering out over Doran Beach, which marks the northern boundary of Bodega Bay, I noticed a unique helix design formed by the curvature in the jetty. As we continued around the head, Bodega Rock came into view. Harbor seals and sea lions have claimed this tiny island as their own, made evident by their serenade of barks and grunts.

On the south side of the promontory the trail edged the rim of the head, where the horizon opened to a panorama that seemed to stretch endlessly in all directions. The rim exposed ice plant-covered granite cliffs that dropped sharply into a milky turquoise and cerulean ocean. The reddish-hued clumps of ice plant foliage were a vivid foil to the omnipresent blues of water and sky. Experiencing all of this intense beauty first-hand was electrifying. It reminded me why I love to travel, which, thanks to COVID, I hadn’t properly done in almost two years. This little hike on Bodega Head was literally and figuratively a breath of much needed fresh air.

After completing the loop, Charles and I got back in the car and headed to Fisherman’s Cove, a little seafood shack on the western side of Bodega Bay. The specialty of the house is oysters, which we ordered beer-battered and fried with a side of French fries and coleslaw. As we contentedly ate our lunch, a gentle Pacific breeze kept us cool from the blaze of the midday sun. I noticed my shoulders had lowered a few inches. I wasn’t clenching my jaw. My neck pain had dissipated. Could it be? Perhaps, yes – I was finally relaxed.