Budapest is a sprawling city. With over 1.7 million inhabitants, it is the ninth largest in the European Union. Thankfully for visitors, most of the city’s prominent sites and great restaurants are contained within the relatively compact and walkable Inner City, locally known as Belváros. This area is also home to the oldest and prettiest districts in the city—the ones that appear to have dusted off the remnants of the Iron Curtain.

The Inner City straddles the east and west banks of the Danube River, with different eras of the city’s past represented in the wide avenues and Belle Epoque mansions of Pest and the Medieval-meets-Baroque buildings on Castle Hill in Buda. In one day we were not only able to see the notable sites recommended in any top 10 list, we were also able to get a fairly memorable taste of the distinct flavors that define Buda from Pest and vice versa.

Our guide, Réka, picked us up in the late morning at the Ritz Carlton in Pest. I had very mixed feelings about the hotel (the subway, which runs directly under the building, rattled the chandeliers with each passing), but the central location was ideal. Earlier that morning, Charles and I did a self-guided tour of Andrássy út, the boulevard in Pest lined with Neo-renaissance mansions, shops and boutiques, Viennese coffee houses, and the Magyar Állami Operaház (a.k.a the Hungarian State Opera). Réka led us to Zrínyi utca (utca, the Hungarian word for street), a pedestrian promenade connecting St. Stephen’s Basilica and the Art Nouveau Gresham Palace. This area of the city looks like Paris or Vienna, with beautifully restored low-slung buildings in various architectural styles.

Next we made our way to the iconic 19th-century Széchenyi Chain Bridge, the first permanent Danube crossing erected in Budapest. Twin lion sculptures greet bridge traversers on the Pest side. Legend has it the sculptor forgot to carve tongues for the lions, and shamefully jumped into the Danube when criticized by the citizens of Budapest for his absentminded mistake. If Réka hadn’t pointed this out, I would’ve never have known the difference. We crossed the bridge by foot and headed to the Budavári sikló, the funicular that climbs the steep ascent to the top of Castle Hill.

Castle Hill is loaded with history, beautiful architecture, and amazing views of the Danube and Pest. The eponymous Buda Castle sits high on the hill. The castle complex has existed since the 13th century and served as the main residence for numerous Hungarian kings, but the present-day Baroque style palace was ushered in by the Austrian Habsburgs in the mid-18th century. Today the castle houses the Hungarian National Gallery and the Budapest History Museum. Réka, a Hungarian native—and knowing we had just spent four nights in Vienna—confided there wasn’t much to see in contrast to the museums of Vienna, and so we admired the building from the surrounding courtyards and gardens.

On the western side of the castle we stopped to marvel at the Fountain of King Matthias, with a theatrical arrangement reminiscent of the Trevi Fountain in Rome. Matthias Corvinus, the 15th century king of Hungary, is depicted in bronze leading a hunting party, with a dead stag and three blood hounds to boot. From the fountain we followed Szent György utca, passing Sandor Palace, Hungary’s White House and official residence of the Prime Minister, and entered a charming residential district known as Várkerület.

While only spanning the length of a few streets, Várkerület packs a big punch with numerous high-profile sites: Holy Trinity Square, Matthias Church, and Fisherman’s Bastion, all surrounded by beautifully restored and colorful 14th-century townhouses that serve as private residences, hotels, and restaurants. We stopped for lunch at Ramazuri, a yummy Hungarian bistro with modern interiors. Afterwards, Réka gave us a brief history of the late-Gothic Matthias Church, with its bright orange and aqua roof tiles and gargoyle-adorned spires. Réka then led us to a cluster of thoughtfully restored mansions on Táncsics Mihály utca, which, in the Middle Ages was the hub of the Jewish community that thrived in Buda.

Our last stop of the day was the Halászbástya, also known as Fisherman’s Bastion. Composed of seven Neo-Romanesque stone towers connected by fortress-like walls, the bastion derives its name from the guild of fisherman who lived beneath the walls along the Danube and guarded them from invaders. Today, Halászbástya affords some of the best views in the city, with a direct line of sight to the renown Parliament building across the river in Pest. Afterwards, we followed Réka down a series of switchback stairwells that led to the Danube Buda promenade. We followed it to the Széchenyi Chain Bridge, bid farewell to Réka, and moseyed our way back to Pest for some late afternoon shopping. 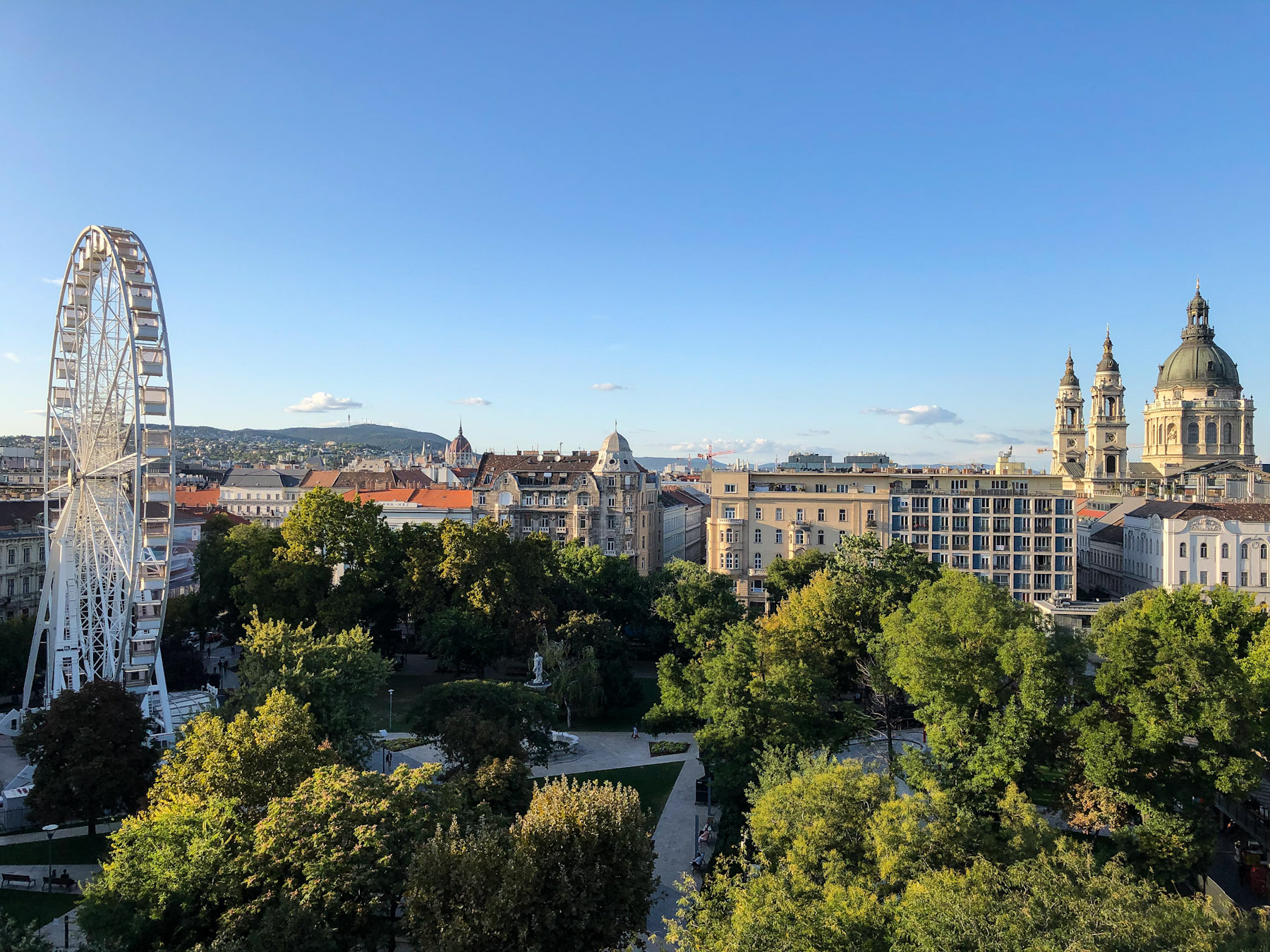 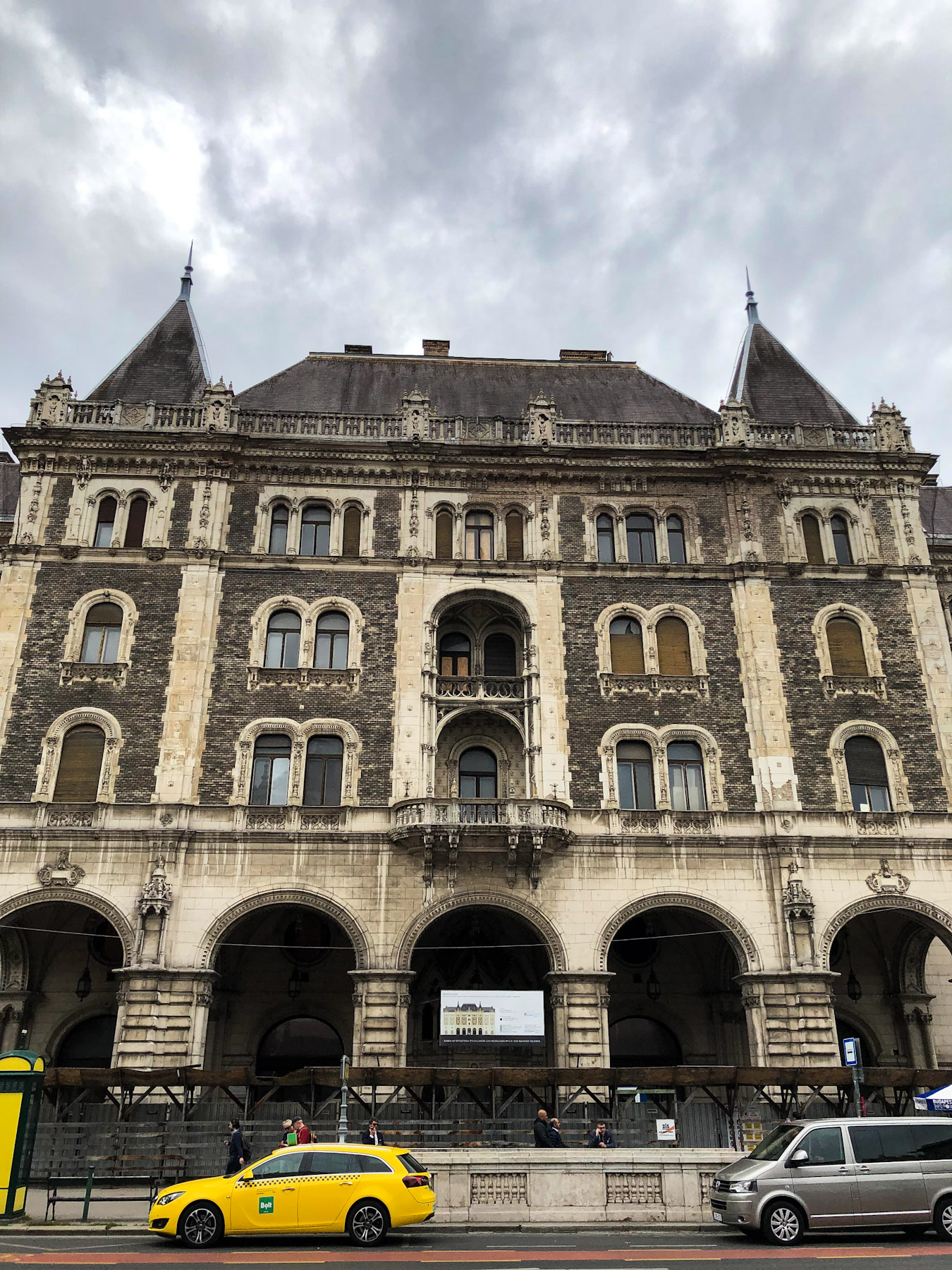 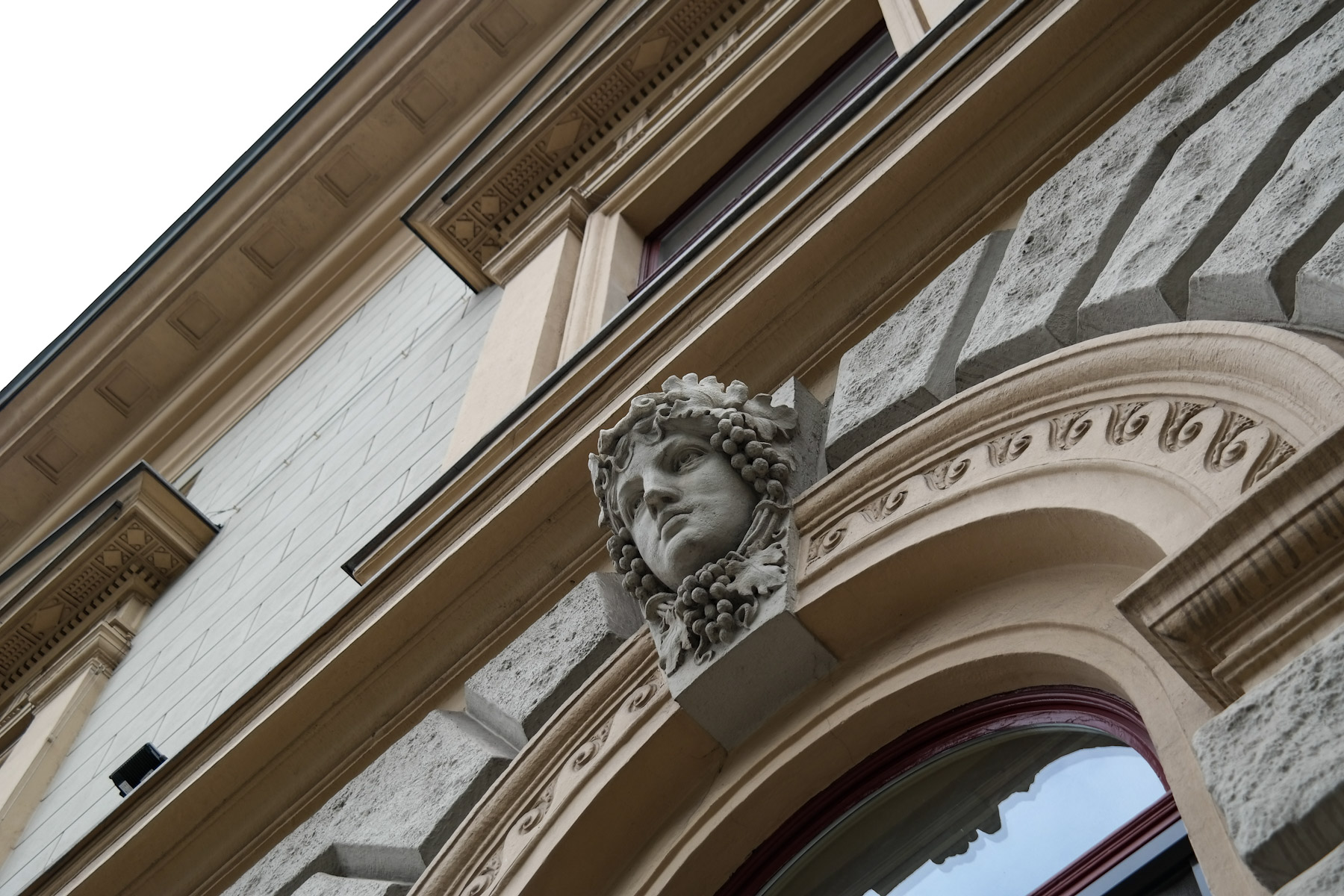 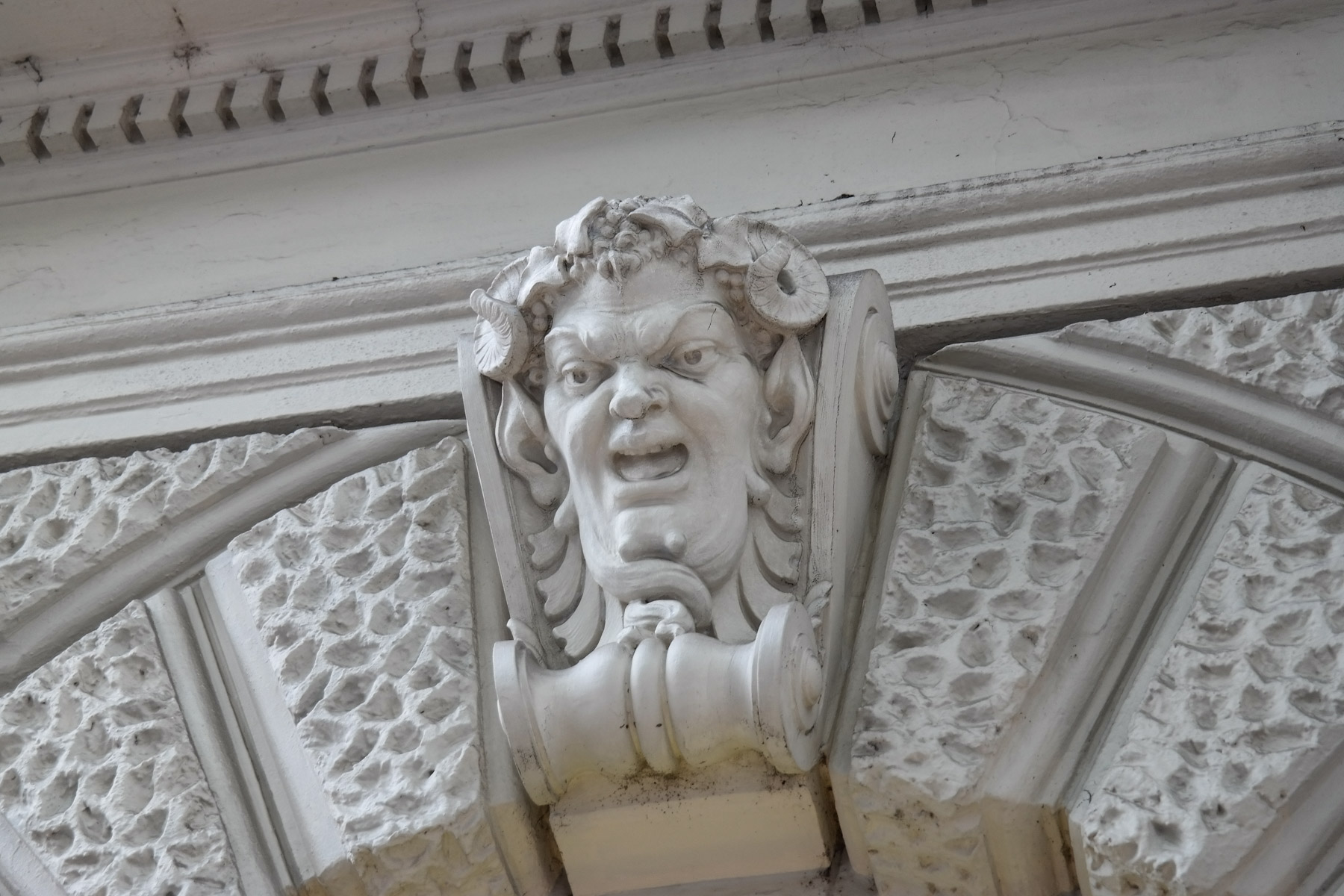 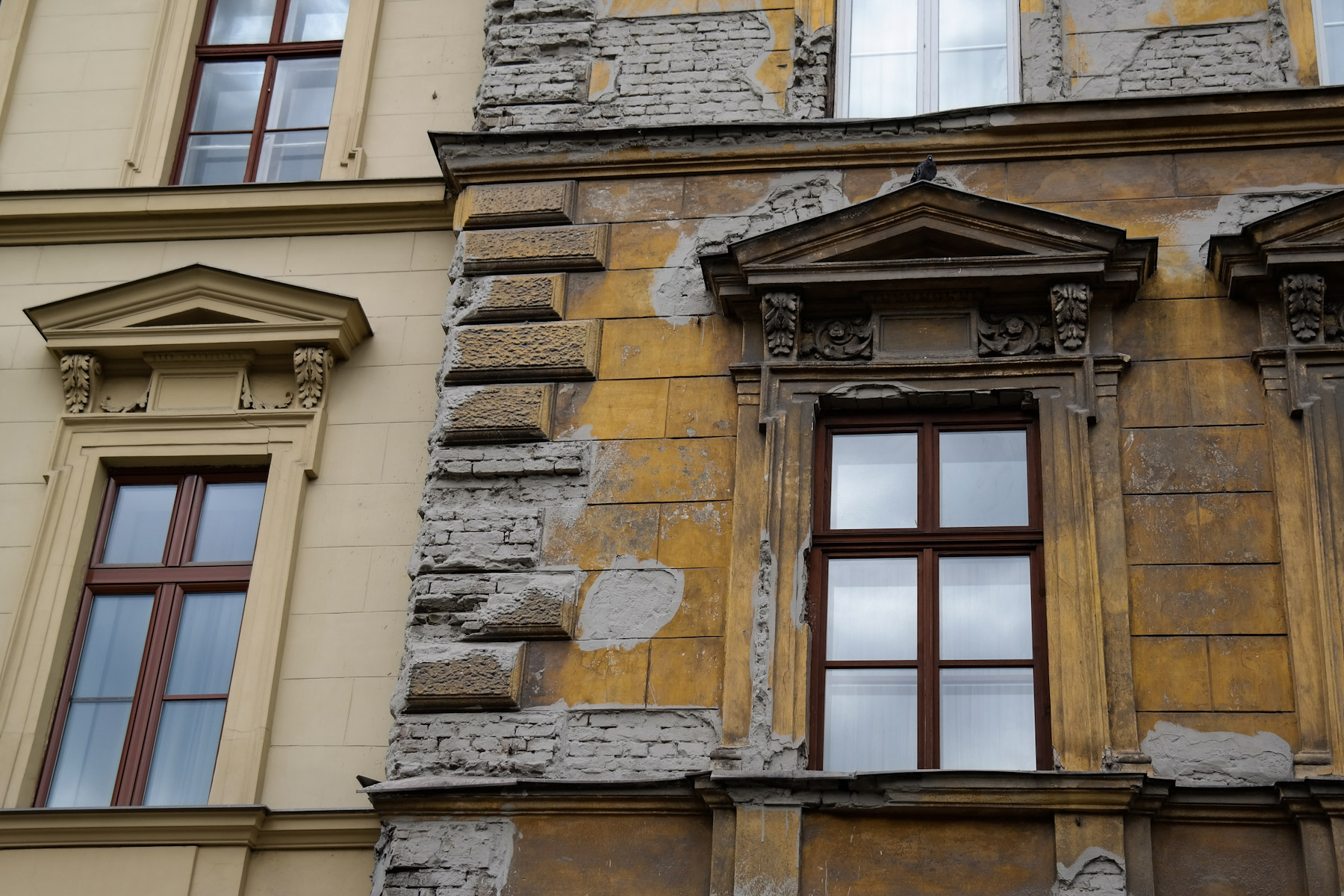 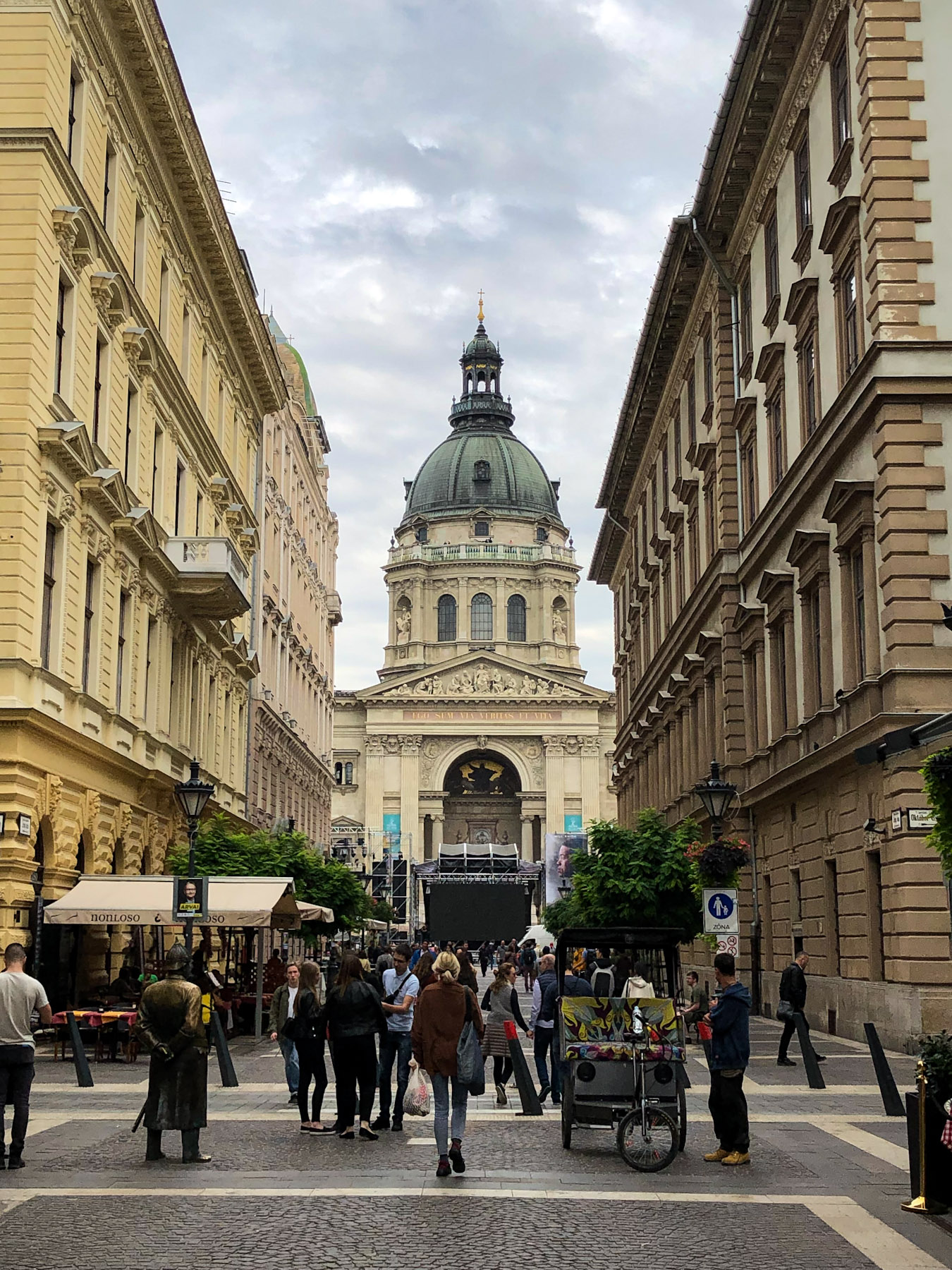 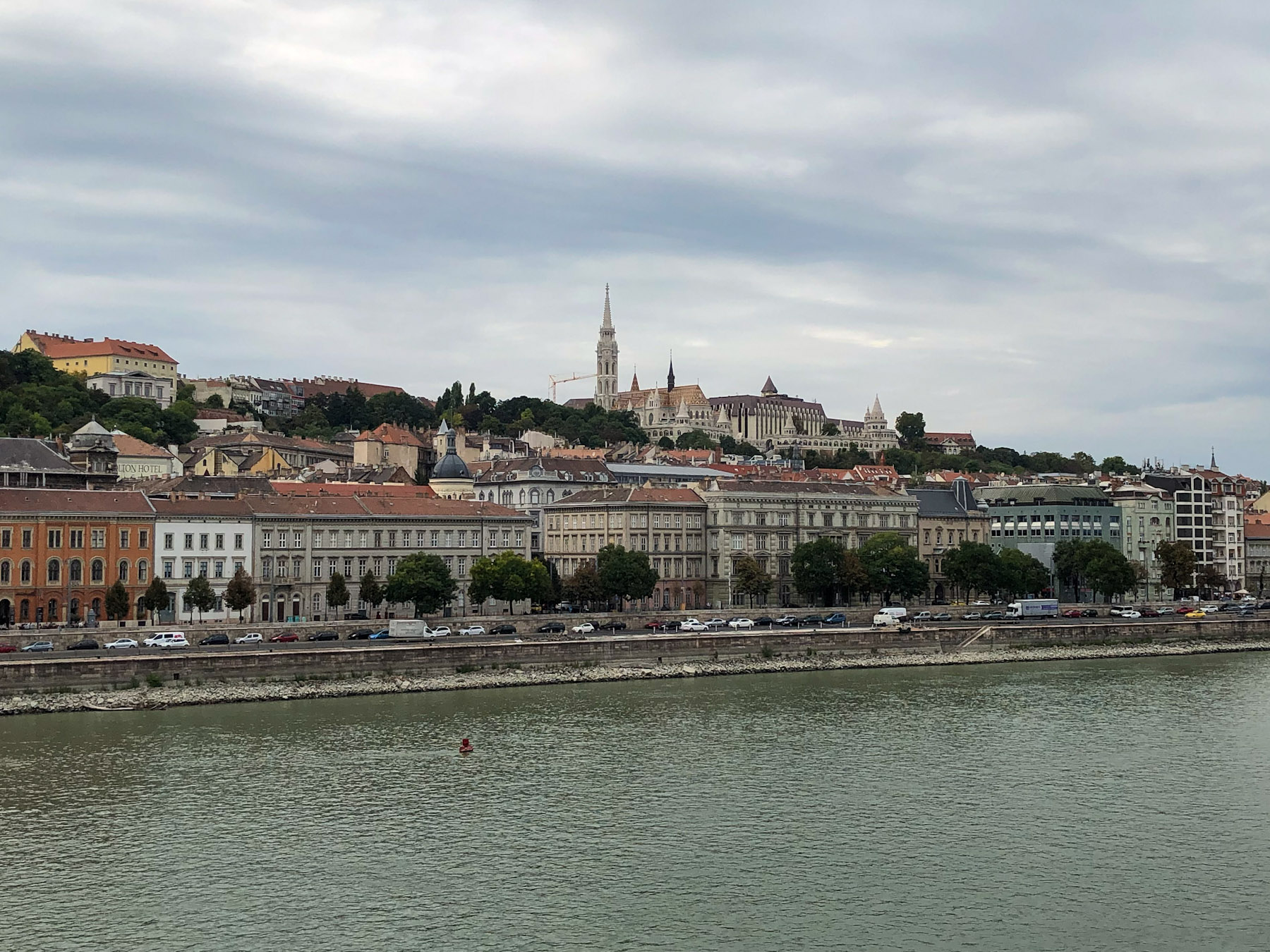 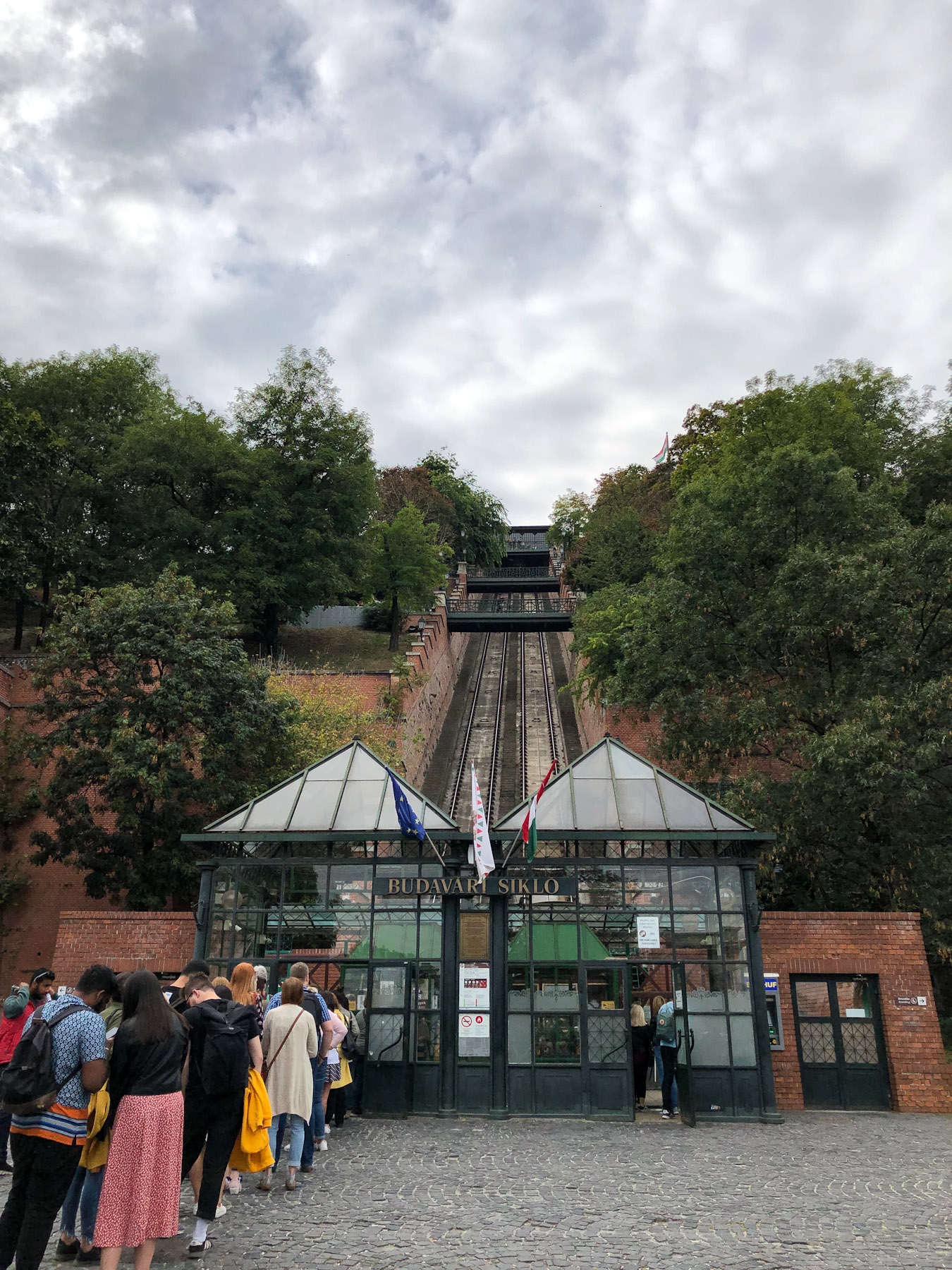 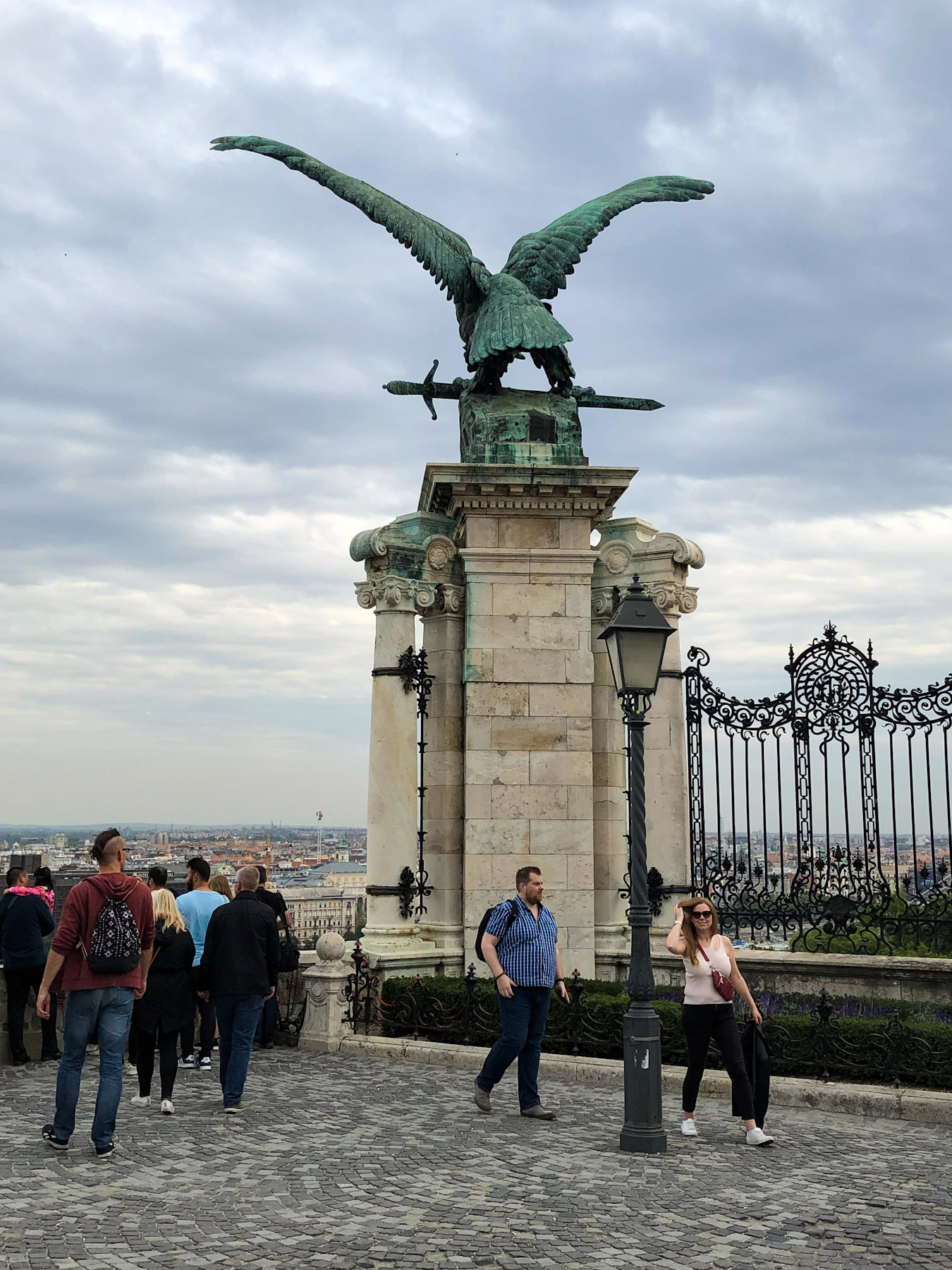 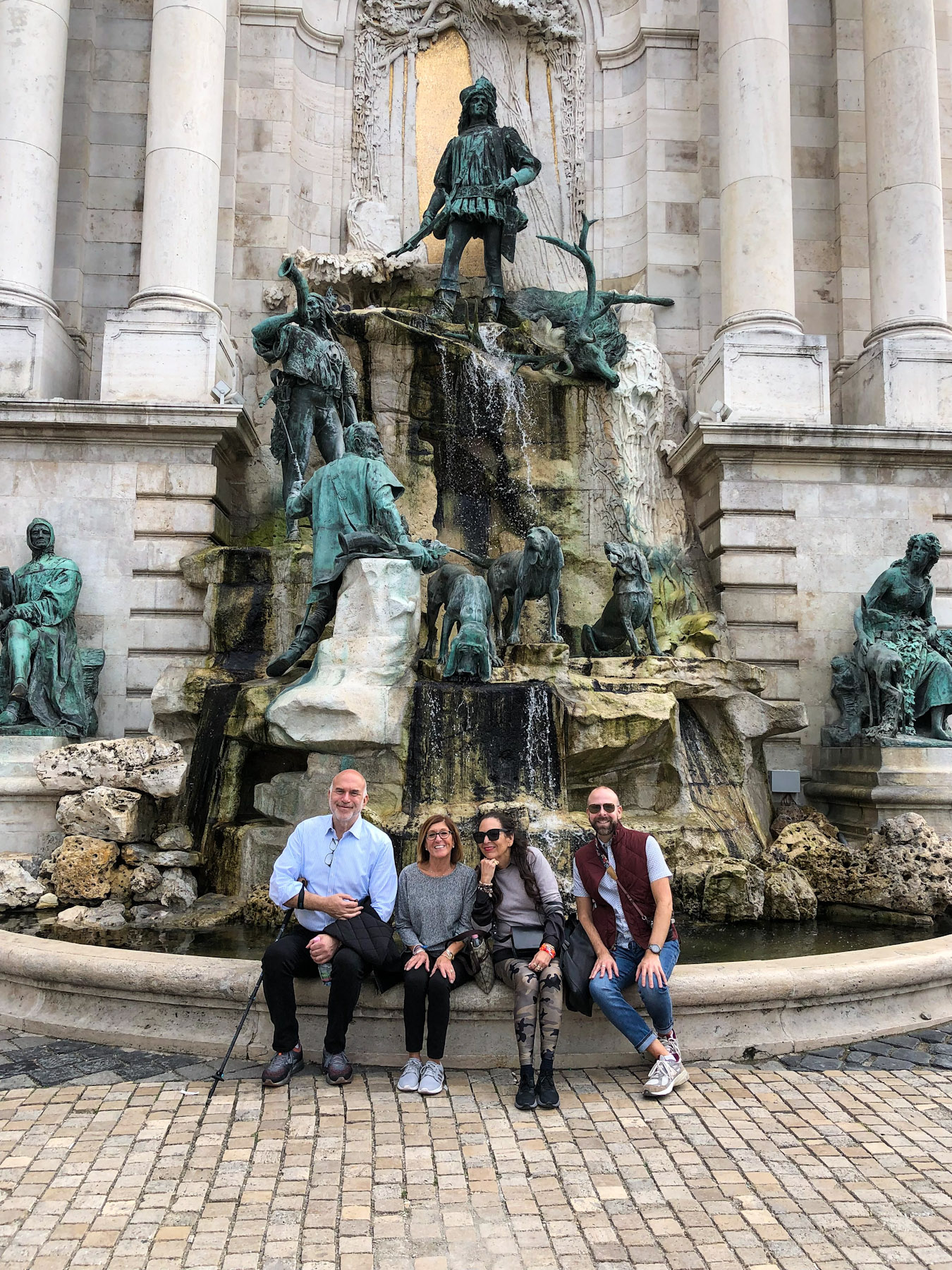 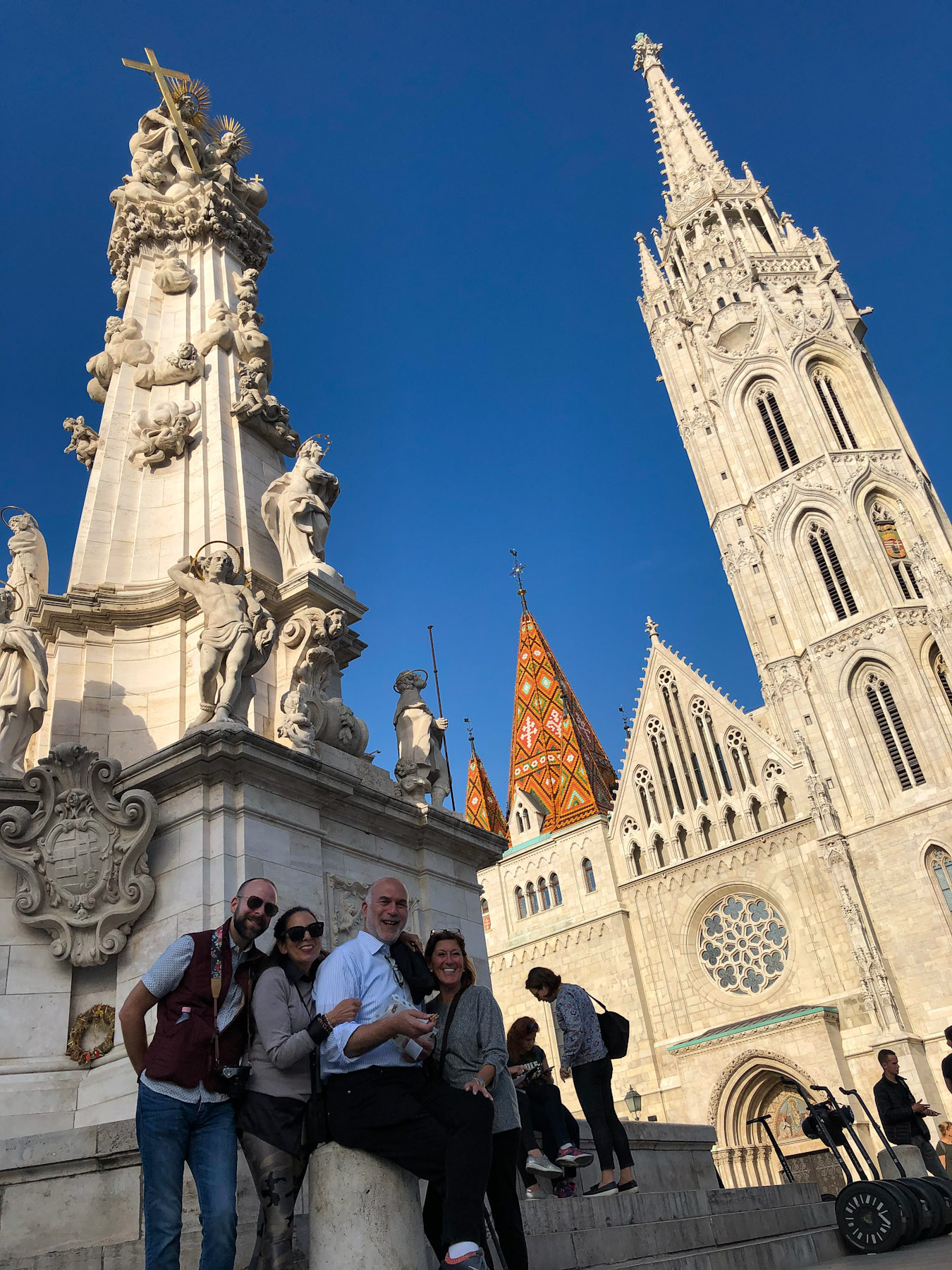 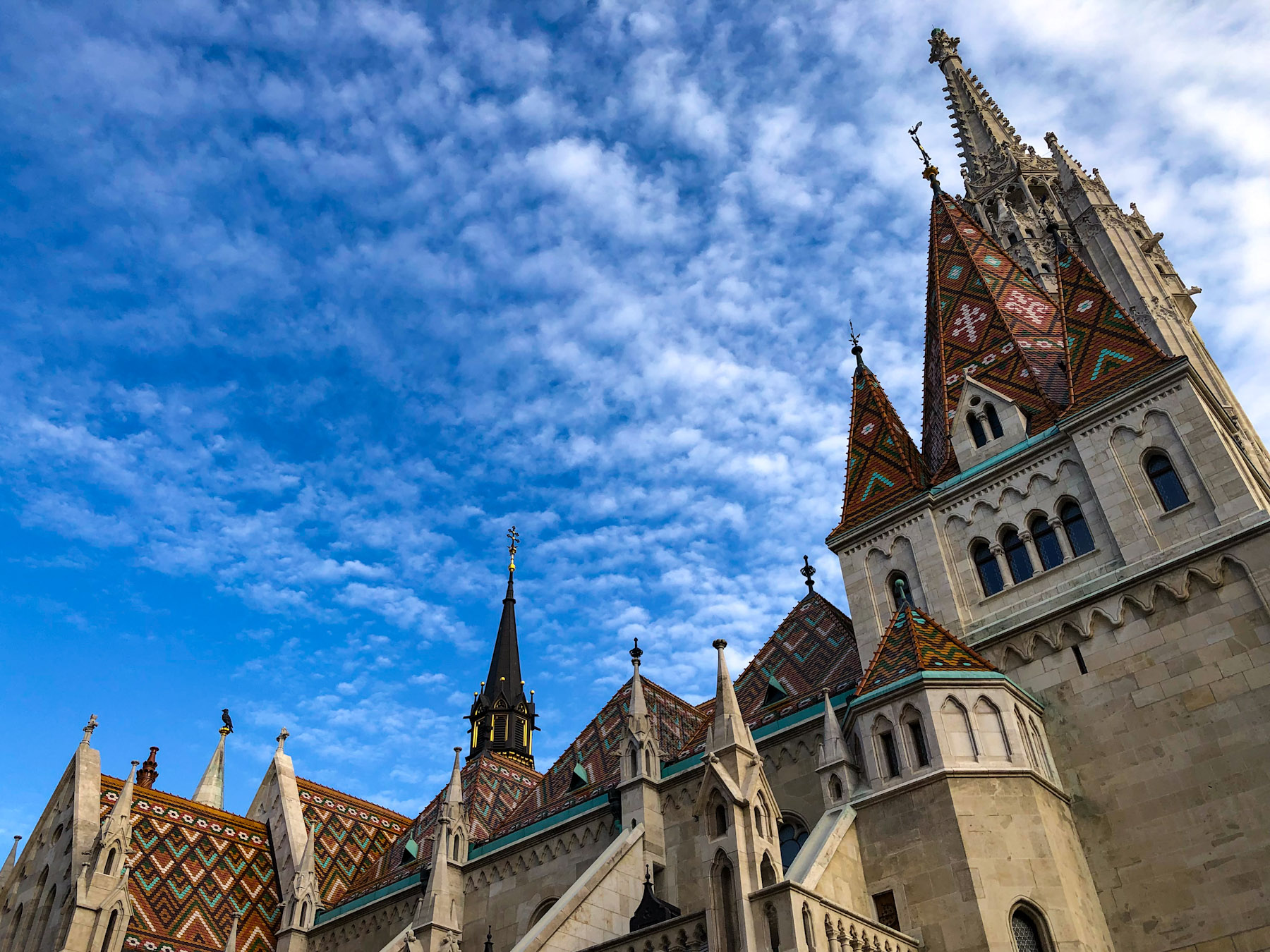 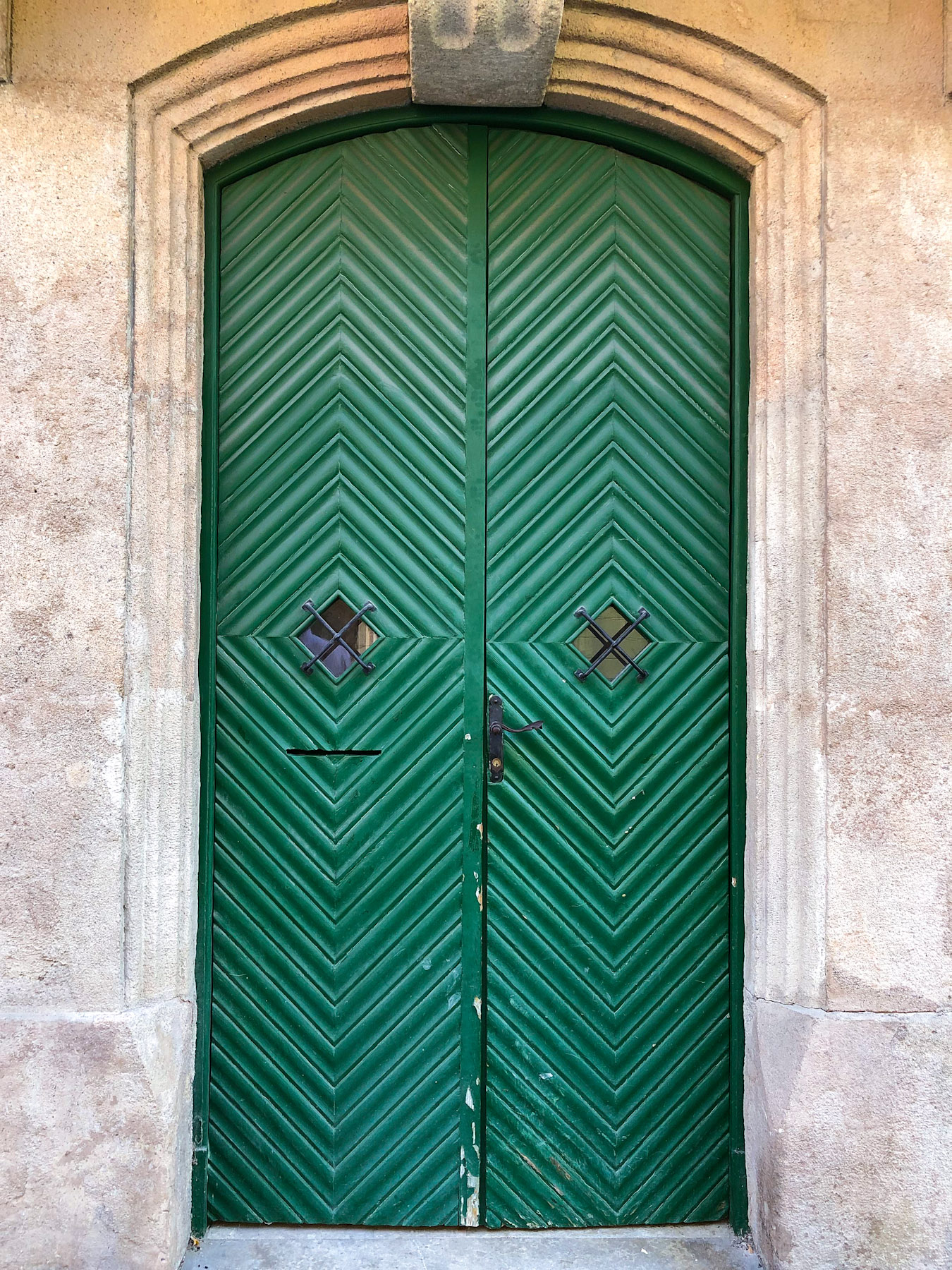 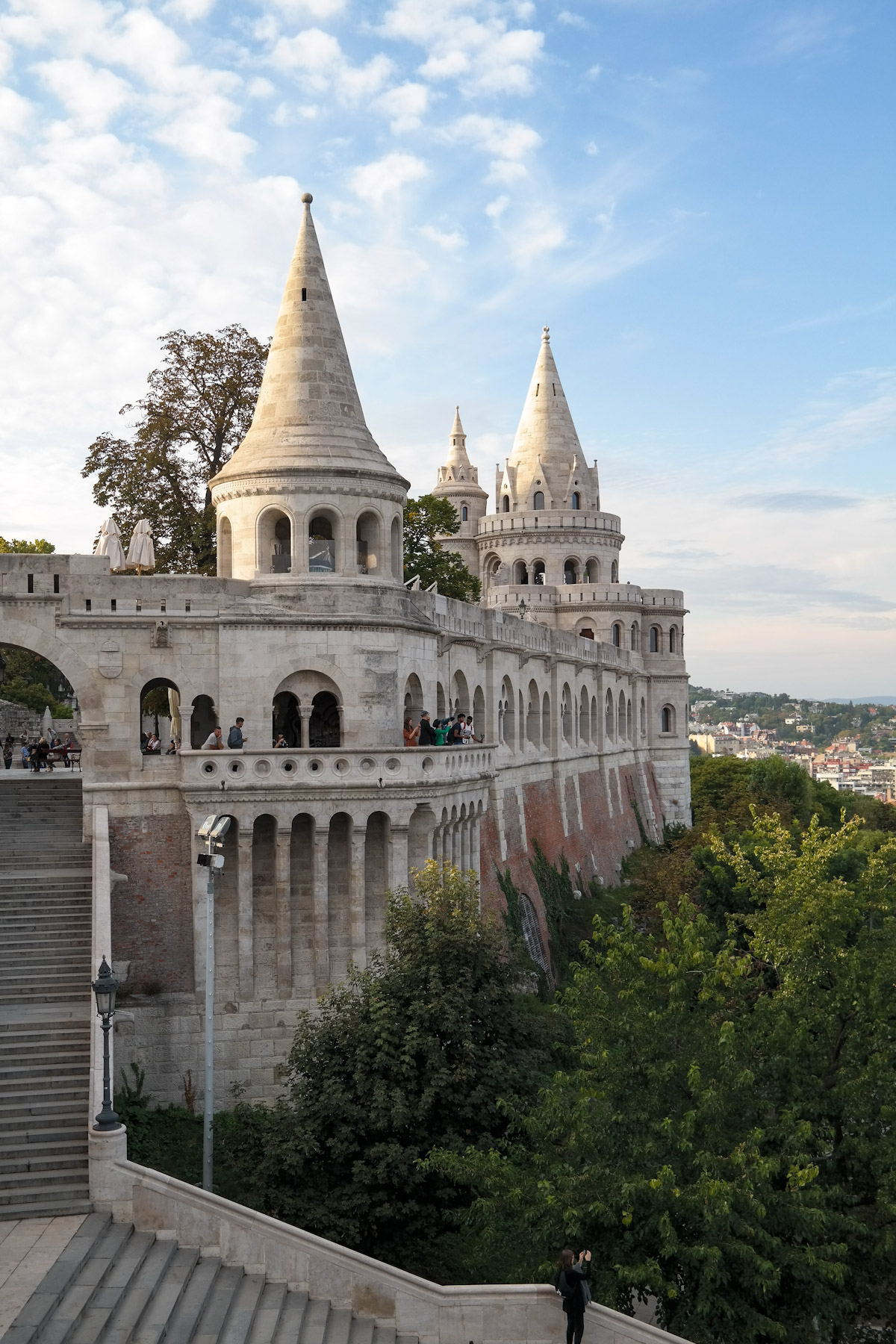 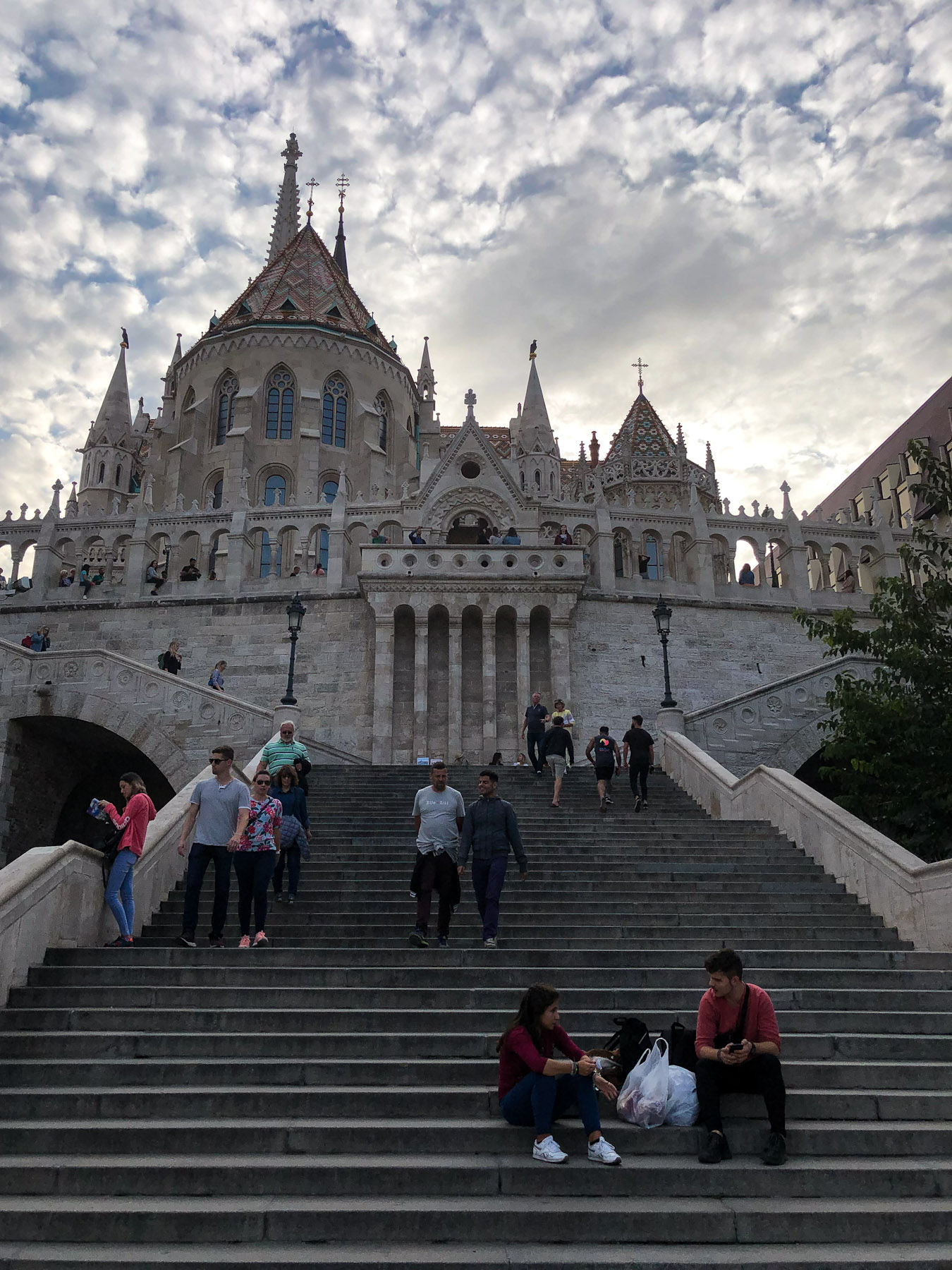 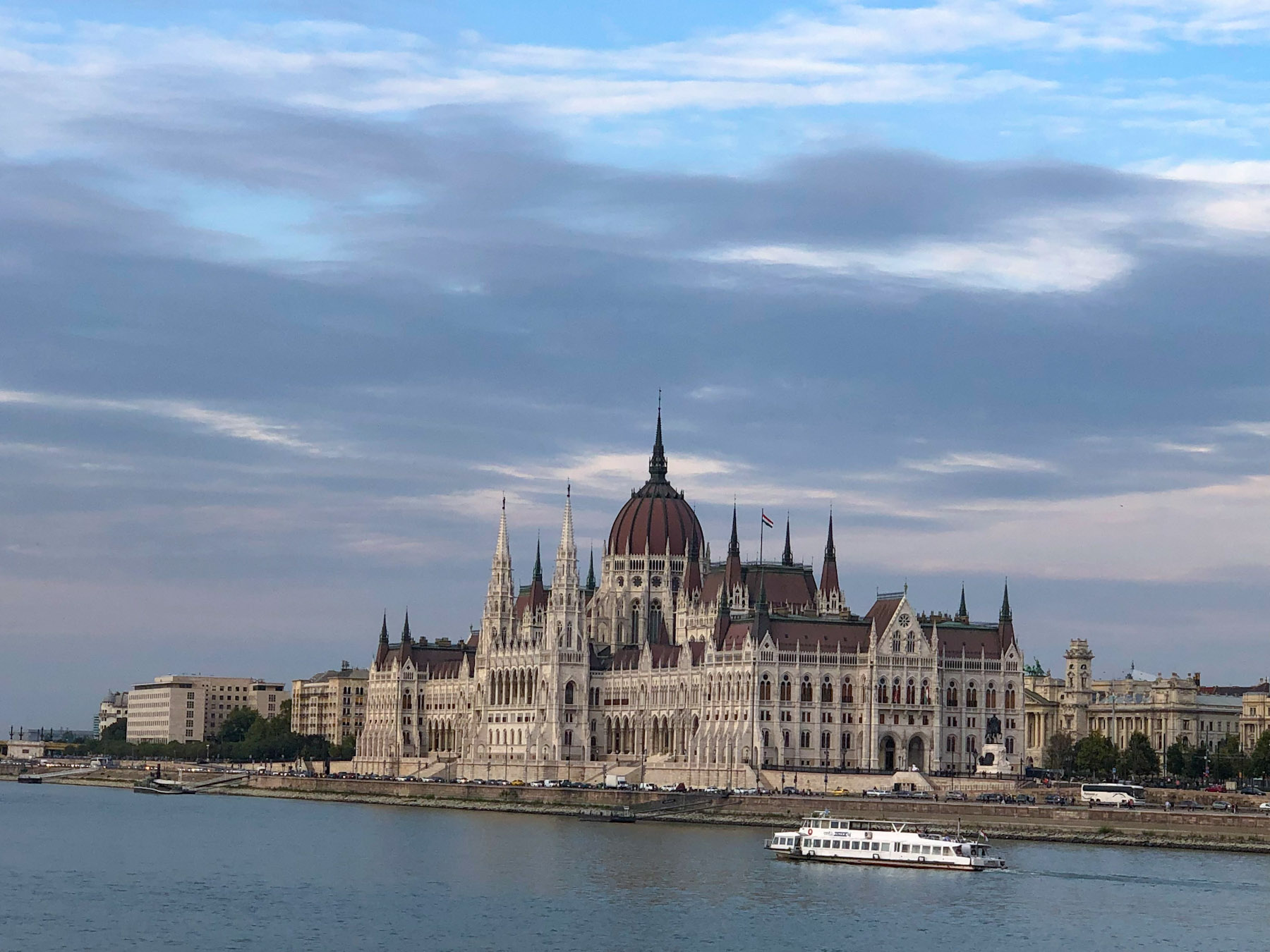