If you’re continuing your Montjuïc expedition from the Jardí Botànic, keep reading this paragraph. If you decided to split up your Montjuïc adventure over two days, skip to the next paragraph. When you exit the Jardí Botànic, head back to Avinguda de l’Estadi and continue walking west to Plaça de Sant Jordi, where you’ll bear right onto Avinguda dels Montanyans. This will lead you to El Poble Espanyol, or the Spanish Village.

For day two, you’ll begin your journey at El Poble Espanyol, or the Spanish Village. You can gain access to the village via the Gate San Vicente, which is located on Avinguda de Francesc Ferrer i Guàrdia near the corner of Carrer de la Foixarda. The gate is located in walking distance to the Magòria-La Campana and Plaça d’Espanya metro stations, several blocks south of the major thoroughfare, Gran Via de les Corts Catalanes.

Designed for the 1929 International Exhibition, the Spanish Village is an open-air museum featuring 117 full-scale buildings representing 15 autonomous regions of Spain. Today, El Poble Espanyol provides the flavor of a real Spanish village, with its streets, squares, and historic-looking buildings, all free of traffic and surrounded by the greenery of Montjuïc. The village is also known for its crafts workshops, with over 40 ateliers selling unique pieces of jewelry, glass, pottery, leather goods, puppets, and more.

When you’re finished exploring El Poble Espanyol, make your way back to Avinguda de Francesc Ferrer i Guàrdia and head east toward the Pavelló Mies van der Rohe. The Mies Van der Rohe Pavilion, also referred to as the Barcelona Pavilion, was designed by the Bauhaus master himself as the German national pavilion for the 1929 International Exhibition. The building is constructed of glass, steel, and four different types of marble, and the design embodies the four fundamental ideals of the Modern Movement: perfect symmetry, open floor plan, precise distances, and minimalism.

The original pavilion was only intended to be a temporary structure and disassembled in 1930. However, in 1980 a team of Spanish architects began a movement to have it resurrected, and by 1986, the Mies Van der Rohe Pavilion was rebuilt on its original site. When inside, be sure to take note of the white leather Barcelona chairs, which were designed by Van der Rohe for the exhibition, specifically for the Spanish royals to sit on while watching the opening ceremonies. Some 85 years later, the legendary Barcelona chair has become a coveted fixture in the world of modern furniture.

Next you’re going to see the Font Màgica and explore the Museu Nacional d’Art de Catalunya, but first you need to experience the Torres Venecianes (Venetian Towers) and the grand entrance to the main exhibition area. When you exit the pavilion, walk across the street and hook a left onto Carrer de Mèxic, and then make a right onto Gran Via de les Corts Catalanes, which will bring you to Plaça d’Espanya. On the south side of the plaça you’ll see the pair of Torres Venecianes. You’ll probably notice a striking resemblance between the towers and the campanile of the Basilica San Marco. Like many of the notable structures in this area, the towers were designed for the 1929 International Exhibition, and stand as anchors to Avinguda Reina Maria Cristina, the grand thoroughfare leading to the Palau Nacional.

Anchored at the other end of Avinguda Reina Maria Cristina is the Font Màgica, situated right in front of the stairs that lead up to the palace. As Barcelona’s biggest ornamental fountain, Font Màgica does emit an impressive flourish by day. However, you should plan to come back at night, which is when the magic of the fountain comes to life in a fantasia of synchronized music, light, and water works. It’s truly a sight not to be missed. In the off-season, the show runs on Fridays and Saturdays every 30 minutes from 7-8:30pm, and in summer, it runs Thursday through Sunday every 30 minutes from 9-11pm.

When you’re ready, make your way up the steps to the Palau Nacional. Be sure to take in the incredible views as you ascend. The palace was built for the International Exhibition of 1929 and was used to host several events during the exhibition including the opening ceremony, which took place in the Oval Room and was presided by Alfons XIII and Queen Victòria Eugènia. It was designed in the style of Spanish Renaissance architecture; notice the extremely decorated facades and the intricate design motifs of the columns, arches, and domes. In 1934, the palace became home to the Museu Nacional d’Art de Catalunya. Today, the collection at MNAC takes visitors through the last thousand years of Catalan art, from Romanesque and Gothic, to Renaissance and Baroque, and to modern and Modernisme. It’s an extensive collection that will require some time to peruse, explore, and discover.

And that, my fellow readers, is the end of your Montjuïc tour. If you find yourself in awe of the area (like I did), and if you have the time, there are several other sights to see like the Museu d’Arqueologia de Catalunya, the Fundació Fran Daurel, and the Montjuïc Cemetery. As I like to say, try and see it all because you don’t know when you’ll be back. Bon viatge! 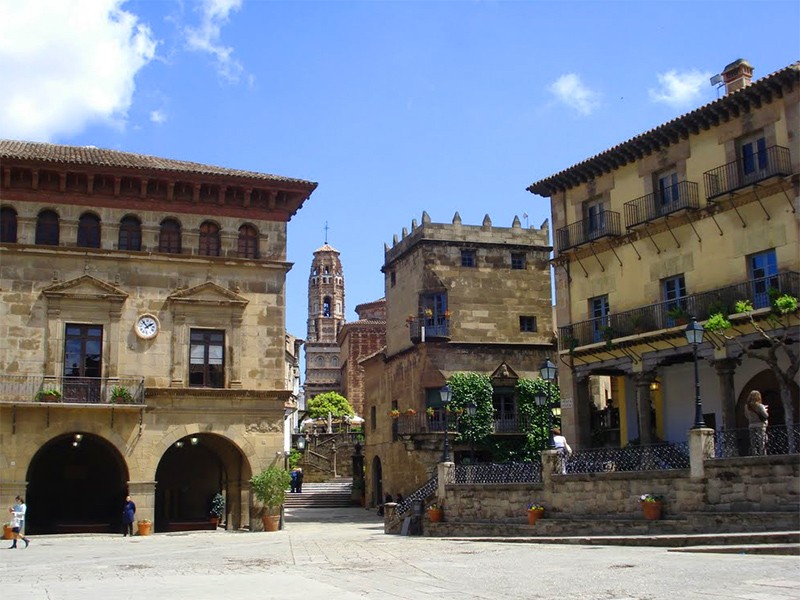 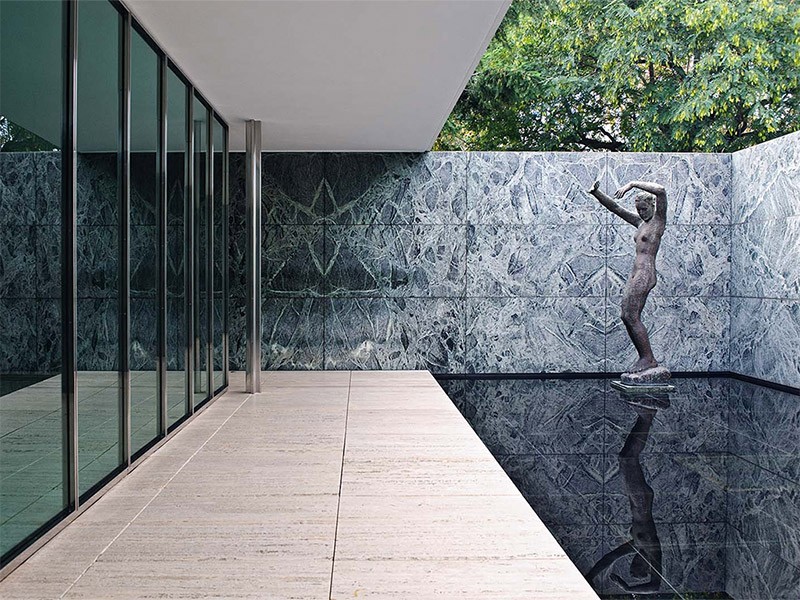 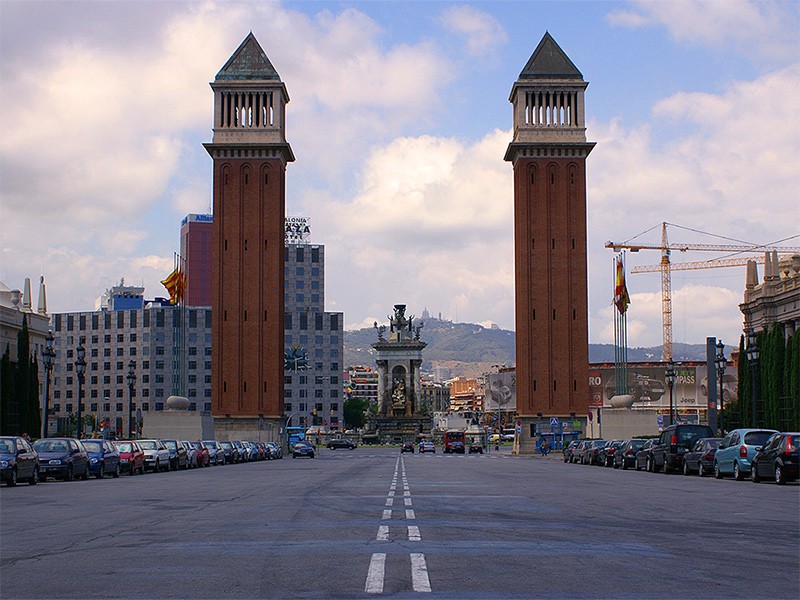 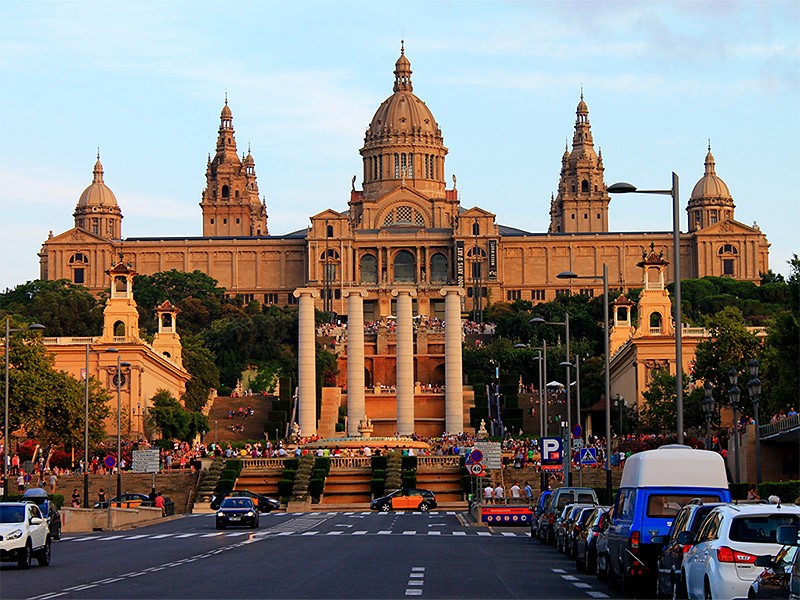 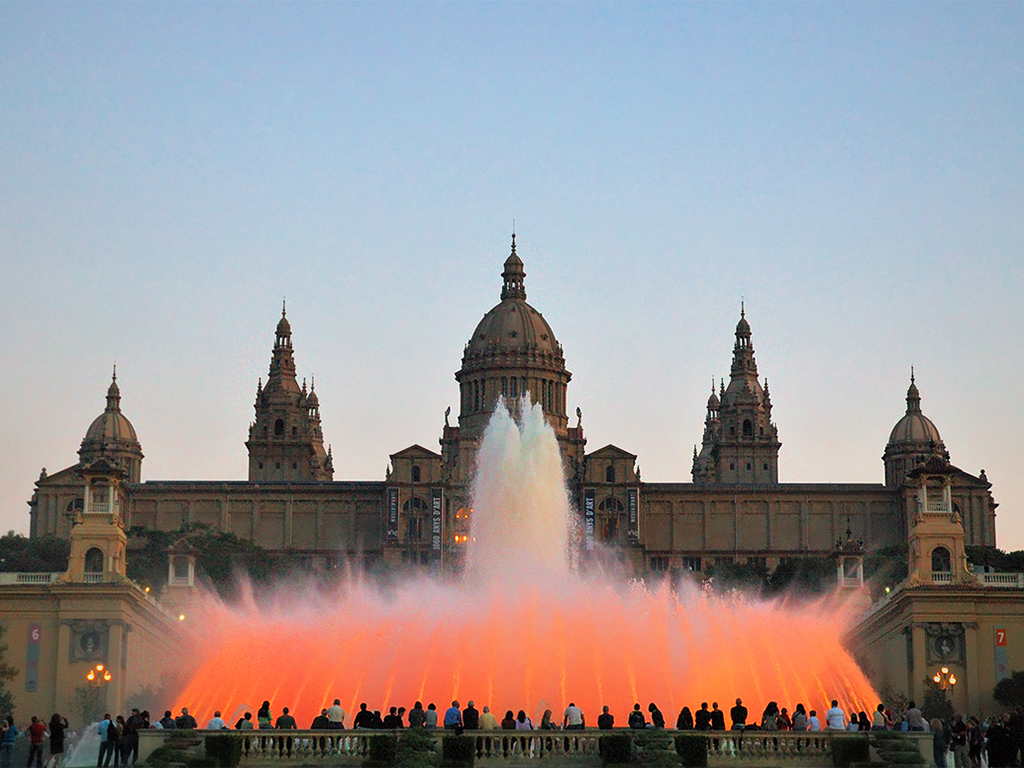 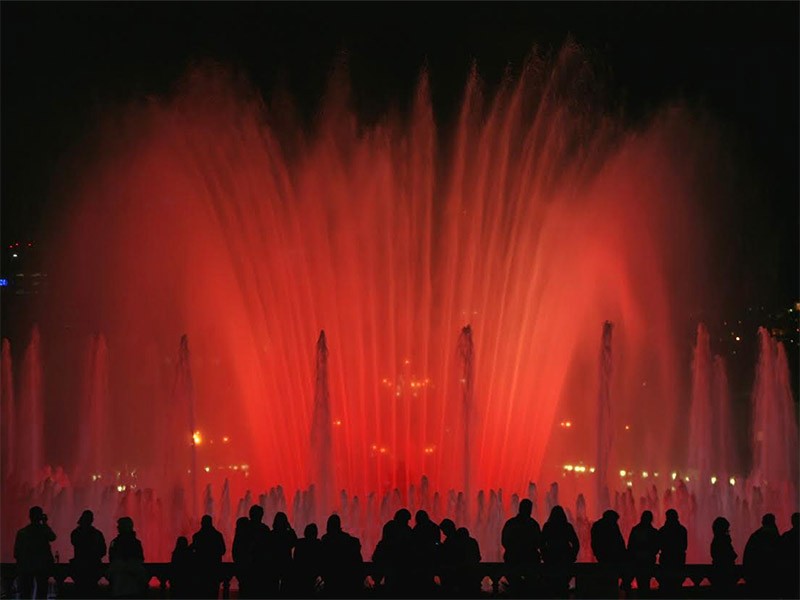