On your next trip to Barcelona, be sure to visit the architectural wonderland commonly known as Park Güell. It is a bit of a hike to get to (literally), but well worth the climb. Nowhere else in the city can you see and explore so many works by Antoni Gaudí in such close proximity – it’s truly a Gaudí admirer’s paradise.

The property was originally envisioned as a residential oasis by entrepreneur Count Eusebi Güell who, at the turn of the 20th Century, wanted to create an estate for the city’s aristocracy. He acquired a large parcel of land in a barren, rocky district known as Muntanya Pelada, which offered unobstructed views of the city and the sea. Another selling point was the clean, fresh air…something that was hard to come by in the more urban regions of Barcelona, where industrialization was at its peak.

Count Güell hired Gaudí to develop the land into 60 plots, all to be terraced into the hillside and connected by a network of paths along with viaducts and other public spaces. Construction began in 1900, and by 1914, only two houses were built – neither designed by Gaudí, although Gaudí did live in one of the homes with his father and niece for almost 20 years. The exclusivity of the development and the lack of transportation to the area made it unattainable for most Barcelonans. It became clear to Güell that his vision of an estate park would not be achieved, and so he used the land as a private garden until his death in 1918. His family turned the property over to the city council, which purchased the land and reopened it as a public park in 1926. The house where Gaudi lived was converted into a museum in 1963.

The main entrance to Park Güell is on Carrer d’Olot, and is flanked by two buildings that look like ginger bread houses. These were to be used as the porter’s lodge and the porter’s residence. In front of the entrance is the dragon stairway, which leads up to the Hypostyle Room. The dragon’s head sits at the center of the stairwell, surrounded by a colorful mosaic backing. The dragon spouts water that is collected from a rain gutter located inside the Hypostyle Room.

The Hypostyle Room was designed to be the market for the estate. Today, it provides cool shade from the blazing Barcelona sun, and if you look up, you’ll notice several impressive tile-shard mosaics made by one of Gaudí’s assistants, Joseph M. Jujol. Resting on top of the Hypostyle Room is the Plaça de la Natura. Originally named the Greek Theatre, the space was intended to be used for large shows, and is surrounded by undulating benches covered in more of Jujol’s colorful tile-shard mosaics.

To the left of the Hypostyle Room is Casa Larrard, Güell’s former residence, which has since been converted into a school. To the rear of the school is a courtyard that was used as the formal gardens for the residence. You’ll notice a wave-styled portico running along the far sides of the space. This was the laundry room portico, and to some is considered one of Gaudí’s greatest displays of organic architecture. In the same design vein as the portico, you’ll notice numerous viaducts and archways throughout the park that were constructed of locally quarried stone.

Up until recently, entry into Park Güell was free. Today you can purchase your tickets on-line in advance and gain access for € 7. As I mentioned earlier, it is a bit of a trek to get to, especially if you’re staying closer to the beach or the port. But as you can see, Park Güell is like a Gaudí Garden of Eden, and a very necessary addition to your itinerary. 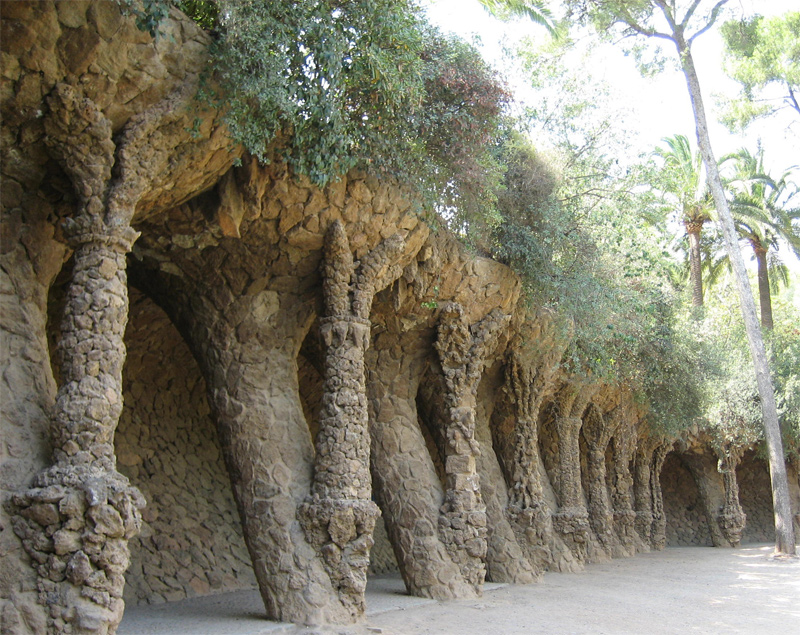 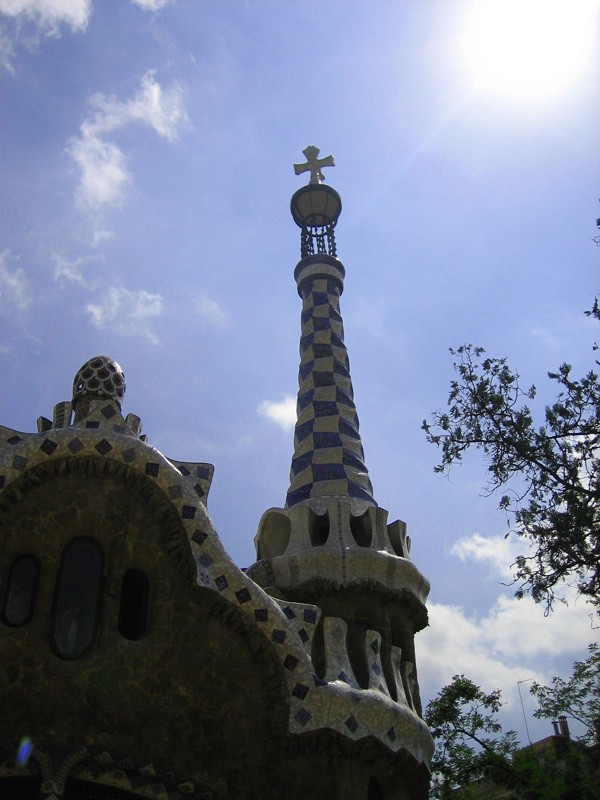 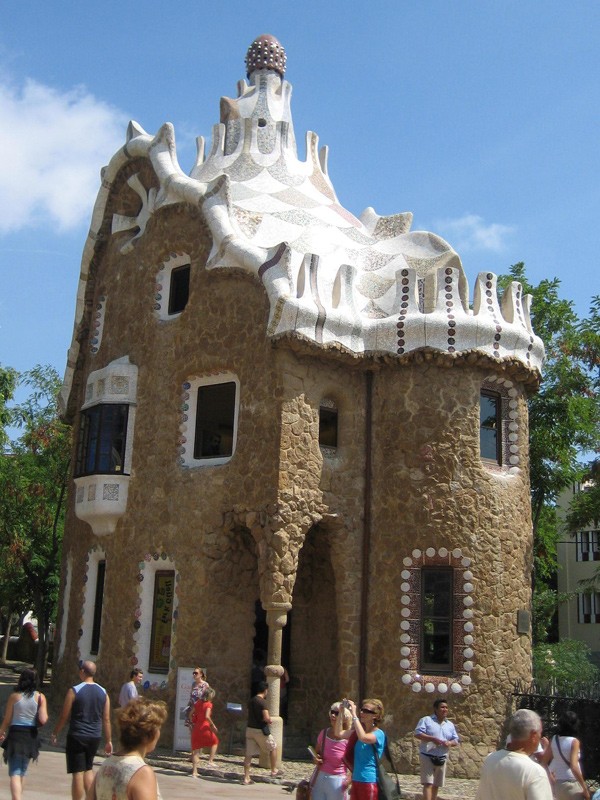 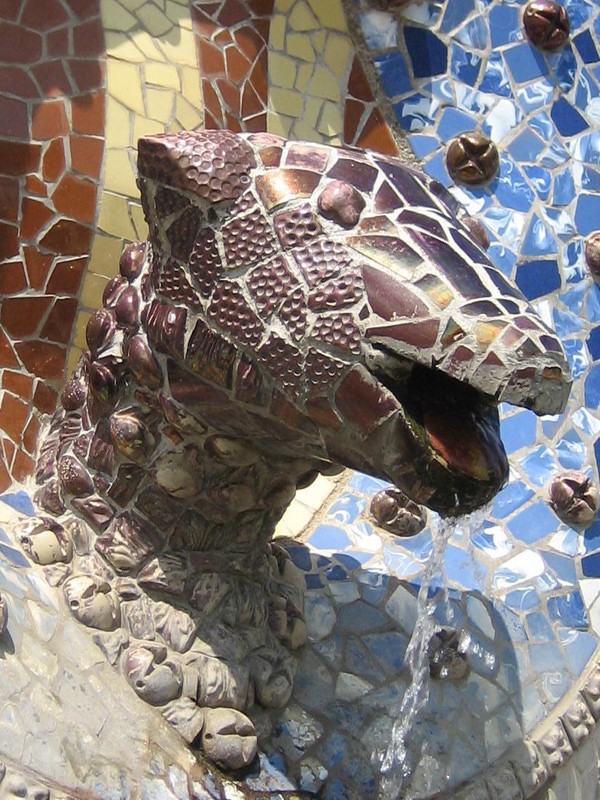 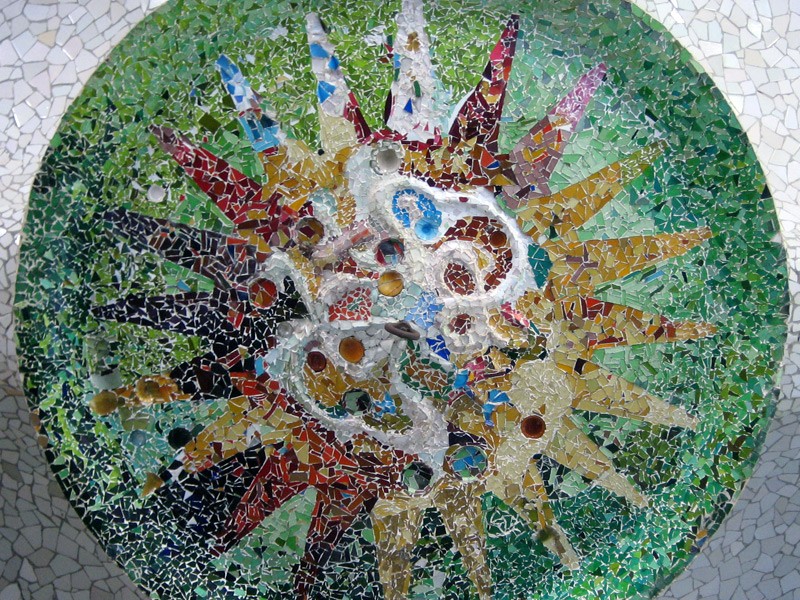 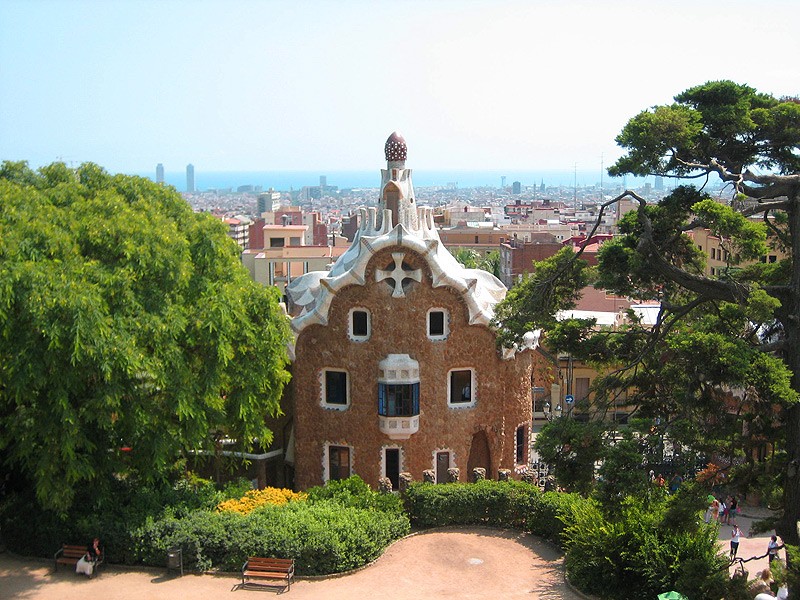 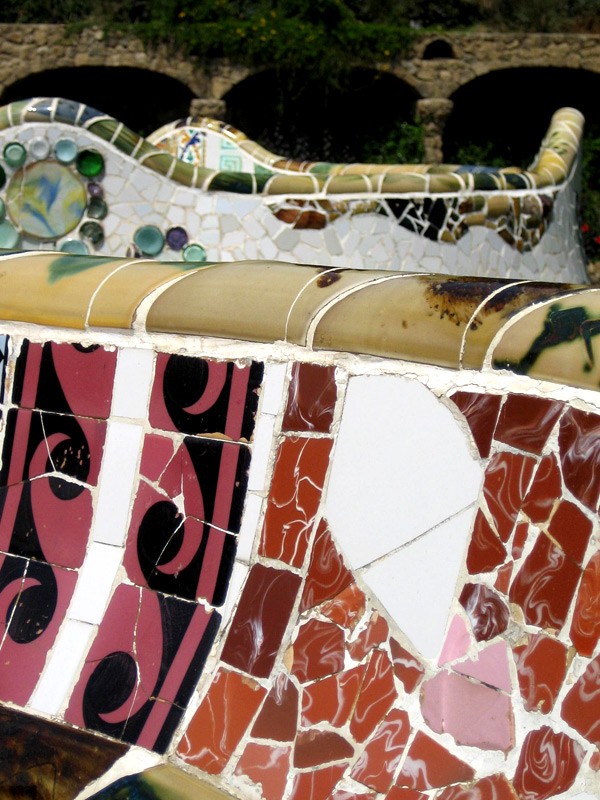 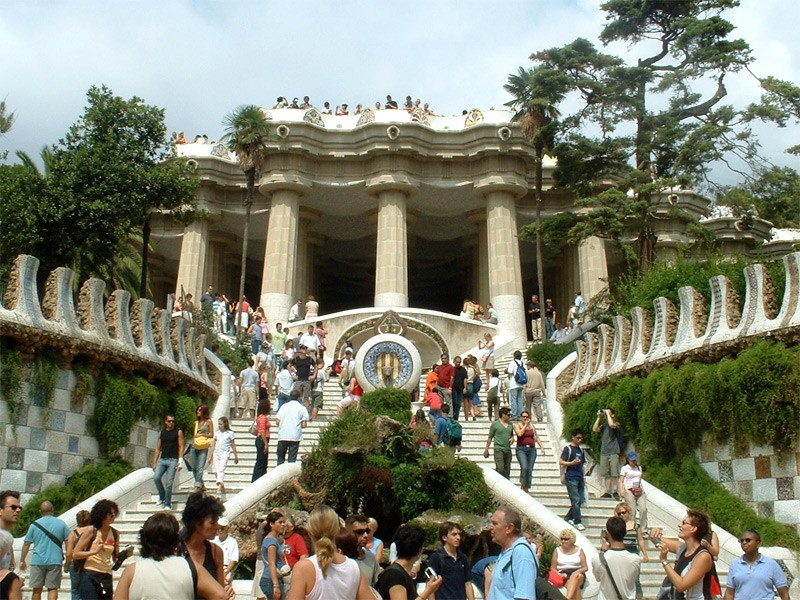