A fun and easy day trip from Buenos Aires is a visit to Tigre. Just 18 miles northwest of the city center, the town of Tigre is located on the Tigre Delta, where the Rio Paraná splits off into several smaller rivers that flow into the Rio de la Plata. These smaller rivers create a network of canals, which over time have formed numerous sedimentary islands covered in forest and grasslands. The waterways and islands of the region have played an important role in the history of Argentina, dating back to the 1500s. Think Venice, but less crowded and with more trees.

Tigre got its name from the Spanish settlers, who, when they first arrived came in contact with jaguars. Having never seen a jaguar before, they mistook this wild feline as a tiger. Supposedly, the jaguars ravaged the settlers’ livestock, and by the end of the 17th Century, the Spaniards began referring to the area as El Rincon de Tigre or Tiger Corner. Today, the jaguar population in the Tigre Delta is non-existent; they were either chased out or killed off as more and more settlers began claiming the land.

A popular activity when visiting Tigre is to take a water tour of the delta islands. The area is steeped in ecotourism, with several different companies offering numerous tour options. When I visited with friends a few years ago, someone in my party spoke fluent Spanish and scored us a private motorboat tour with Fernando, a friendly seafarer native to the region. For $75 Argentine pesos per person (today, under $9 USD), Fernando showed us the ropes of the Tigre Delta.

The region became very popular with aristocratic Porteños in the later part of the 19th Century, especially following several yellow fever epidemics that ravaged Buenos Aires. Tigre was seen as a healthful retreat and the au currant spot to have a weekend home. Elegant mansions in Belle Époque, Tudor, and Victorian styles dotted the islands of the delta, several of which we were able to see on our water tour. Domingo Faustino Sarmiento, President of Argentina from 1868-1874, was a big supporter of the region as well as a Tigre homeowner. His modest, wooden house was converted into a museum after his death, and the Municipality of Tigre has since constructed a glass casing around it to protect the structure from inclement weather and the passing of time. We passed Sarmiento’s “crystal box” on our tour as well.

Sarmiento was also influential in establishing the area as a mecca for water sports. As the story goes, a group of Englishmen held a regatta in Tigre in 1873. Sarmiento attended the race, after which he connected the English rowers with a group of Argentines, who together founded the Buenos Aires Rowing Club. A new rowing movement was born, followed by the construction of numerous rowing, yachting, and sailing clubs at the turn of the 20th Century. Today, several of these clubs are still in existence, including the original Buenos Aires Rowing Club, whose grand building can be seen from the shores of Tigre.

In addition to touring the islands of the delta, there are several attractions on the mainland that are worth checking out. The Puerto de Frutos is a famous and popular market offering rustic fabrics, handmade reed furniture, leather goods, artisanal food, and a variety of local fruits. There are also several museums, a casino, an amusement park, along with a plethora of waterside dining options and teahouses.

Getting to Tigre from Buenos Aires is easy…and cheap. The fastest route is via the Linea Mitre train, with a travel time of about an hour. Trains originate at the Retiro station, departing every 10 minutes on weekdays and every 20 minutes on weekends. Tickets cost less than $2 AR ($0.25 USD). 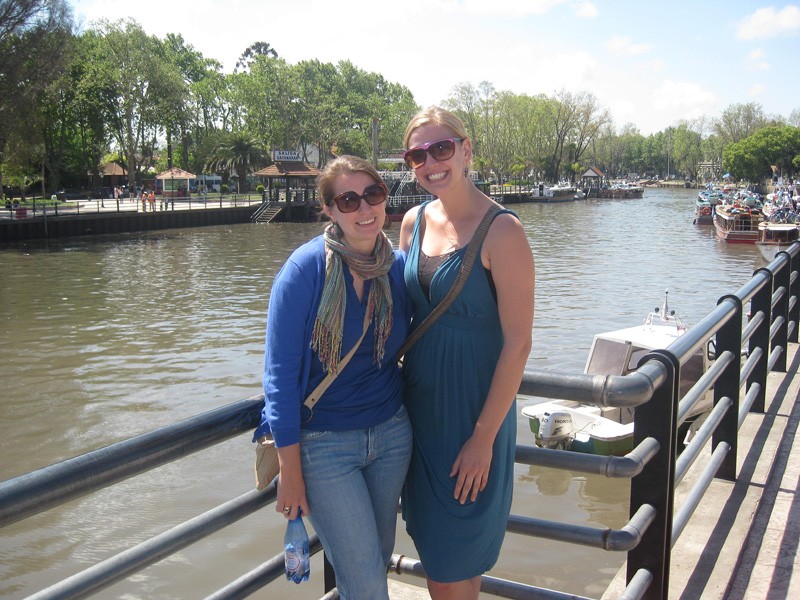 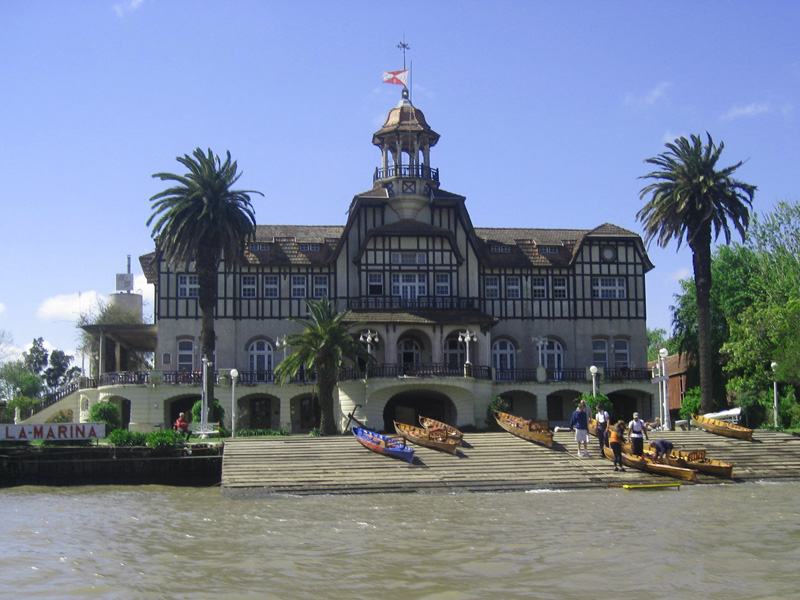 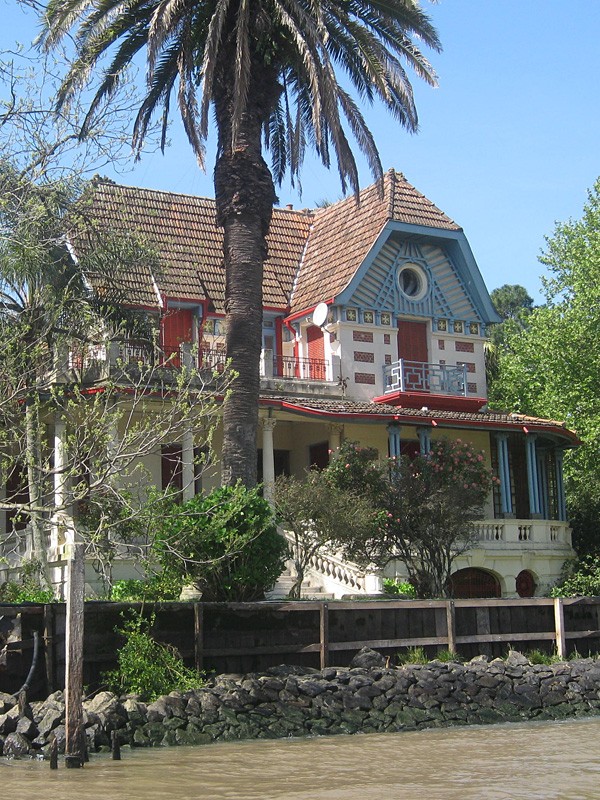 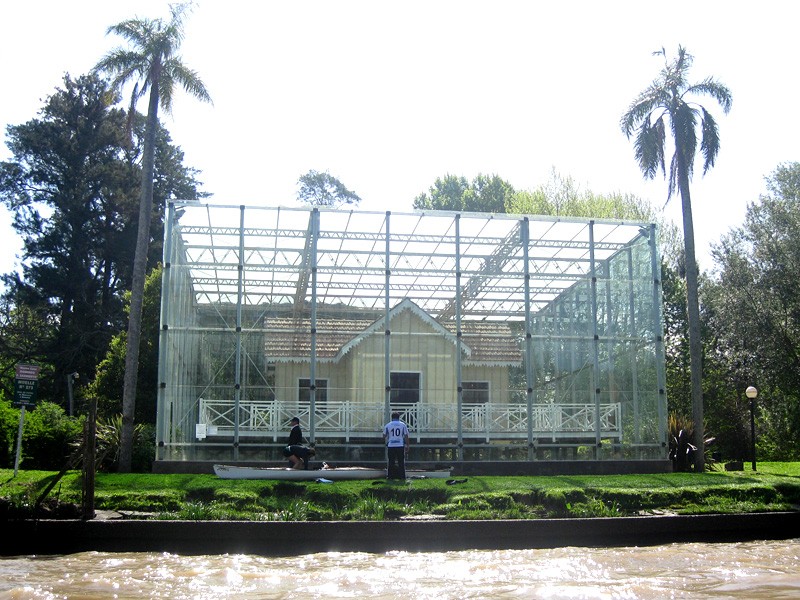 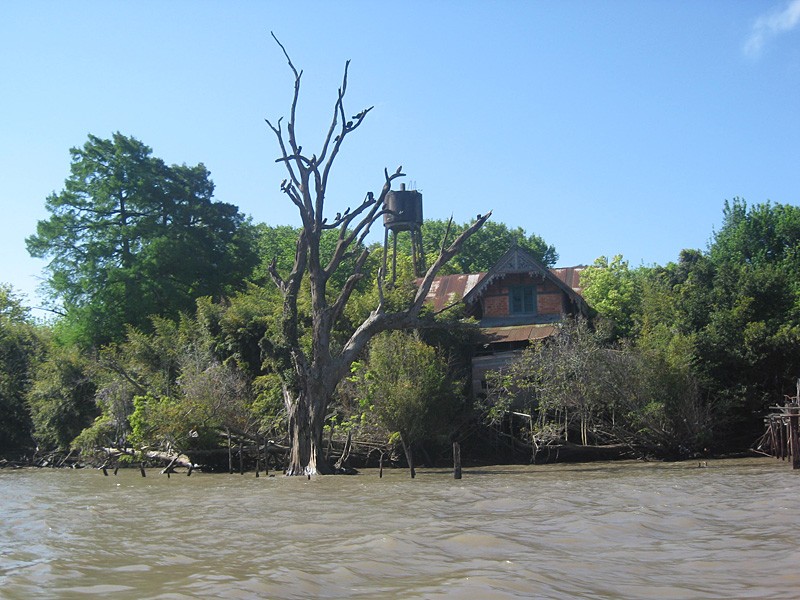