We arrived at Plage de la Garoupe on the eastern shore of Cap D’Antibes about 30 minutes before sunset. Parking was easy, and thankfully there was clear signage leading to the trailhead of the Sentier du Littoral. I heard that the Sentier du Littoral was a great spot for watching the sun set upon the Riviera horizon.

The trail started on a little peninsula jutting into the Baie des Anges with incredible panormaic views stretching from Antibes to Nice and beyond to Saint-Jean-Cap-Ferrat, with the snow-capped Alpes-Maritime in the distance. It was truly breathtaking! After marveling at this view for quite some time, we set out on the sentier. The path began as a relatively easy, flat dirt trail, and then narrowed as it wrapped around the jagged Cap D’Antibes coast. There were some mildly treacherous stretches where the sentier traversed several rocky inlets and coves. The views of Nice and the Alpes-Maritime eventually disappeared behind us, and I suddenly felt a sense of being on a deserted island (with the exception of the stone walls baracading the ritzy estates of Cap D’Antibes).

By the time we reached the part of the sentier with westward views, the sun had already set. While we didn’t get to catch the sun as it dipped behind the Mediterranean horizon, we did still see a spectacular sky of post-sunset hues of blue. I had read that the Côte d’Azur got its name not from the color of the sea but rather from the sky, and at this moment on the Sentier du Littoral, the sky was definitely living up to the region’s namesake. 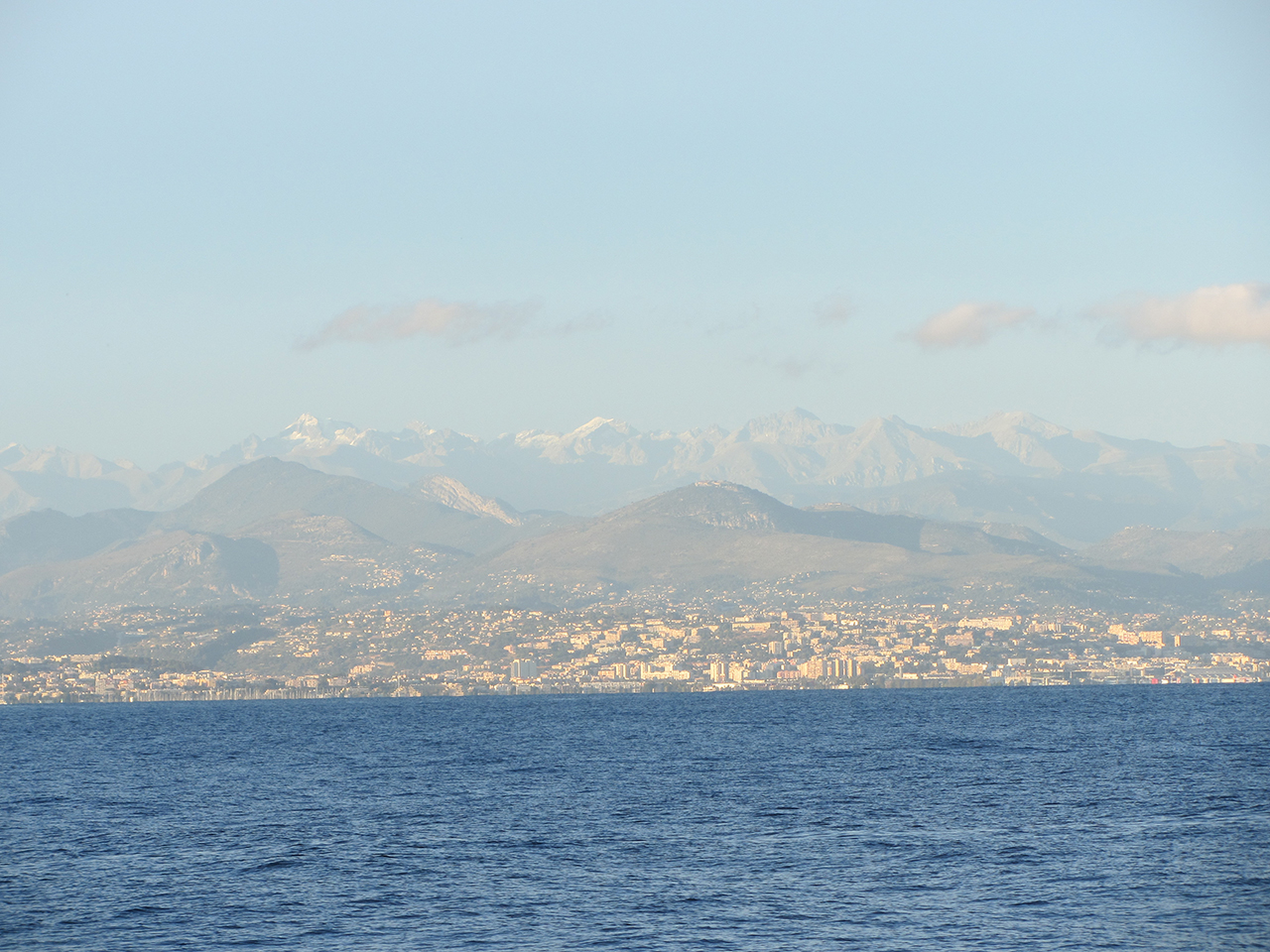 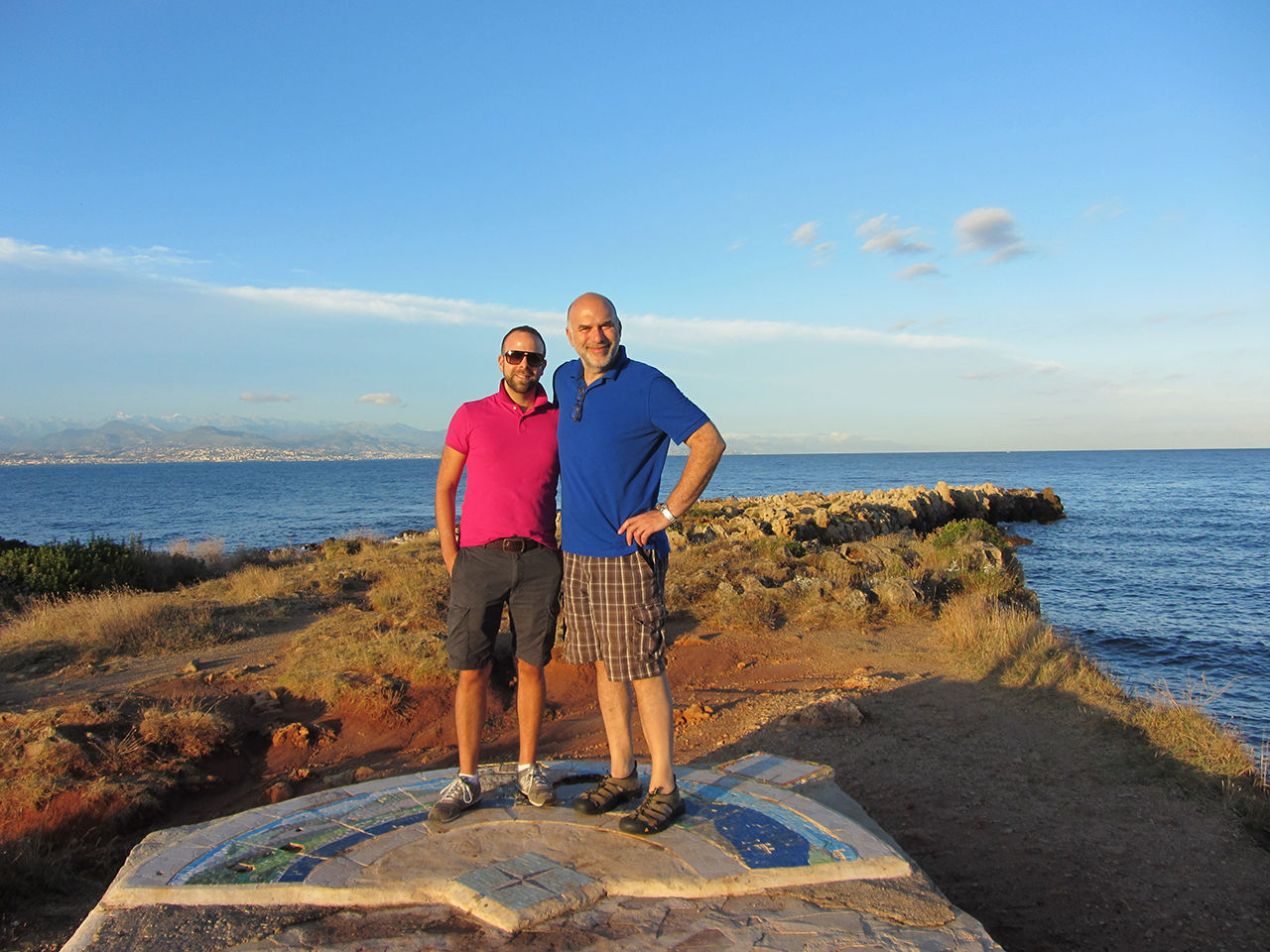 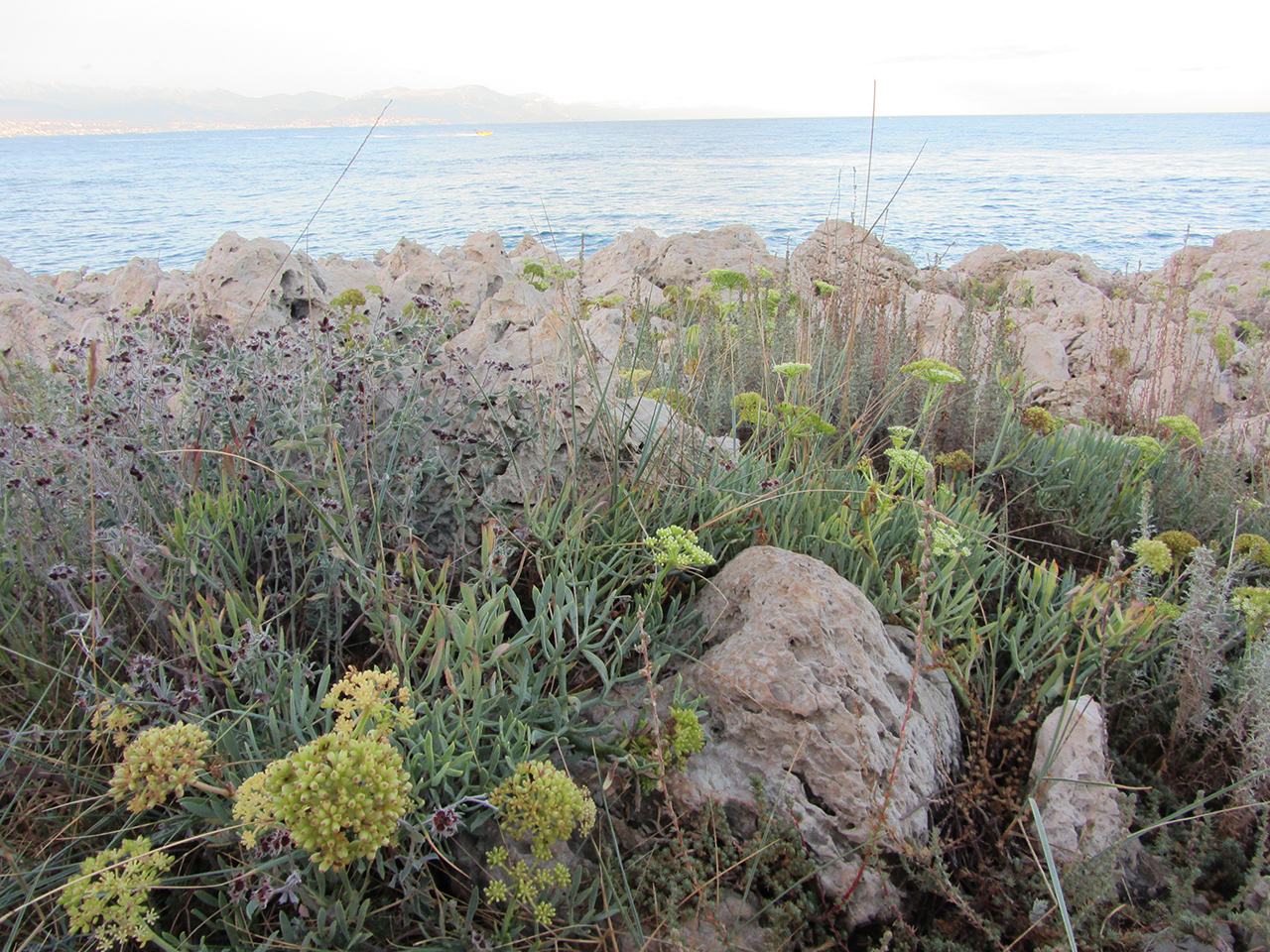 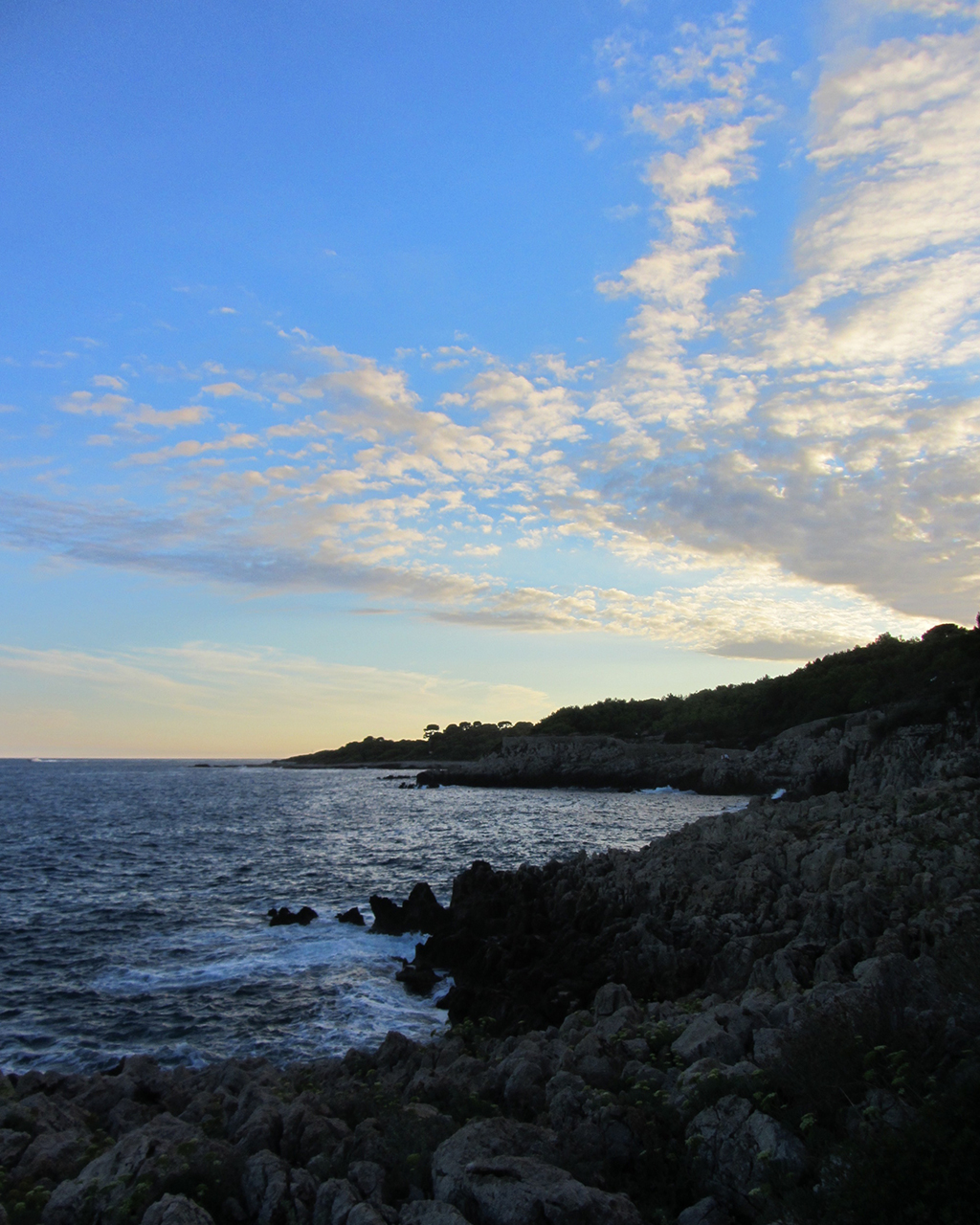