If you’re visiting southern Oregon or northern California, you absolutely must check out Crater Lake. I’ve had a fascination with Crater Lake for just about all of my life. As a child, seeing pictures of a volcanic island rising out of a lake in the Encyclopedia Britannica was such a curious sight to me. In 2011, While visiting the Oregon Shakespeare Festival in nearby Ashland, I finally got a chance to see it in person, after which I was even more awe-struck by the lake and its surroundings.

Here’s the quick geographical history of the area – around 7,000 years ago, a massive volcanic eruption caused Mount Mazama to implode, creating a caldera five miles wide and 2,148 feet deep. Rain and snow began to fill the caldera, and subsequent lava eruptions formed Wizard Island, the cinder cone rising up from the center. At 1,943 feet, the lake itself is the deepest in the United States. While Wizard Island has been deemed dormant, there could be an eruption some day in the future and potentially re-create Mount Mazana.

If you’re not into cross-country skiing or don’t own a pair of snow shoes, you can only visit Crater Lake National Park in July or August, when the enormous snow drifts have melted down. During this time, the historic 33-mile Rim Drive is fully accessible, and you can drive your car around the entire perimeter of the lake. There are numerous lookouts along the road, offering breathtaking views of the lake, Wizard Island, the surrounding Cascade peaks, Mount Scott – the tallest peak in the park, the Klamath River basin, and Phantom Ship – a smaller island in the lake that can only be seen from the southern edge of the caldera.

There are numerous hiking trails that are also accessible during the warm season (snow- and weather-dependent). I recommend Watchman Peak Trail – a medium-difficulty uphill climb over a pumice field and the rocky flank of Watchman Peak, leading to an historic fire lookout with amazing panoramic views. You can also make your way down to the shoreline via the strenuous Cleetwood Cove Trail, and take a boat cruise around the lake and to Wizard Island.

There are two visitors’ centers within the park. The Steel Visitor Center, located near the main entrance, operates year-round and also houses a US Post Office. The Rim Visitor Center is located on top of the caldera and is only open during the warm season. It has a small cafe with mediocre grub, so if you’re planning on picnicking at one of the lookouts, I’d recommend purchasing food outside the park. 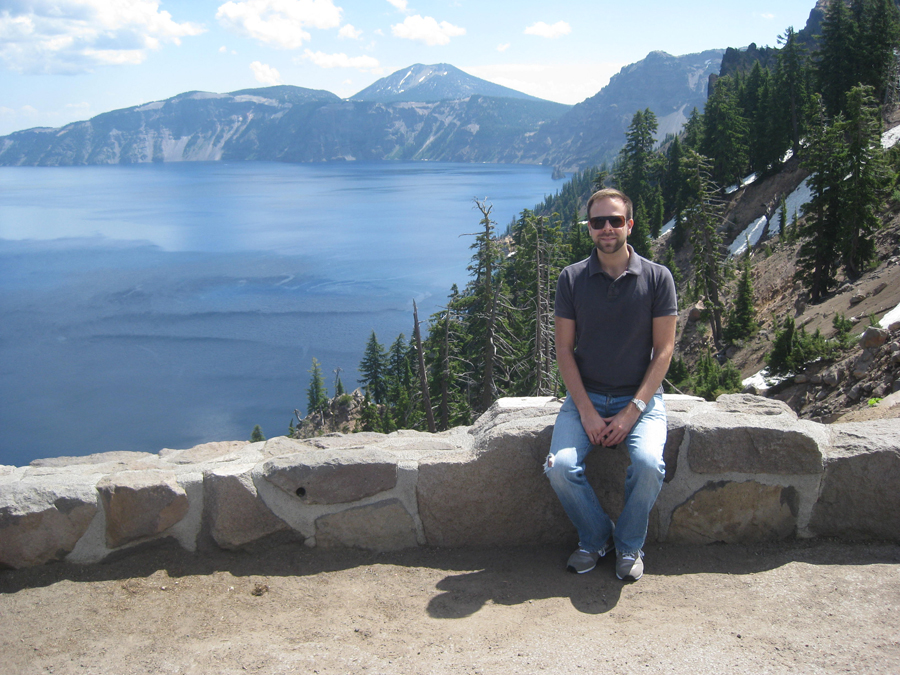 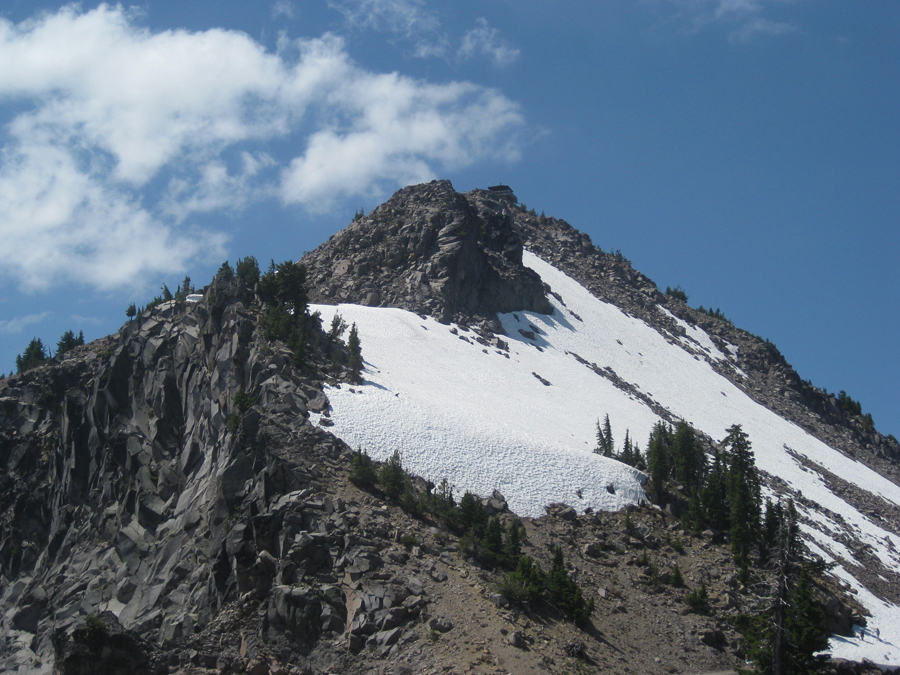 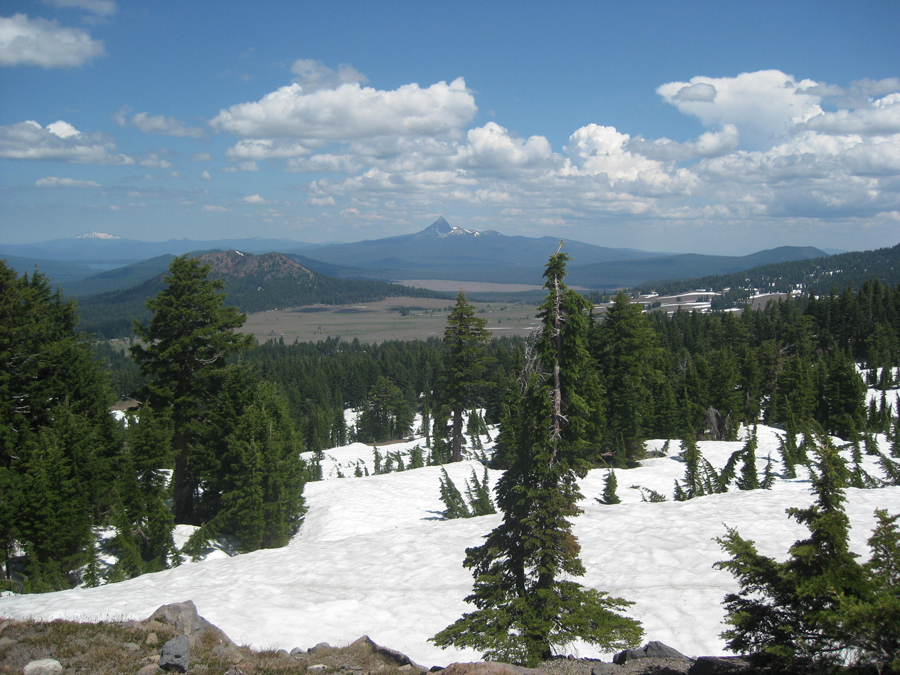 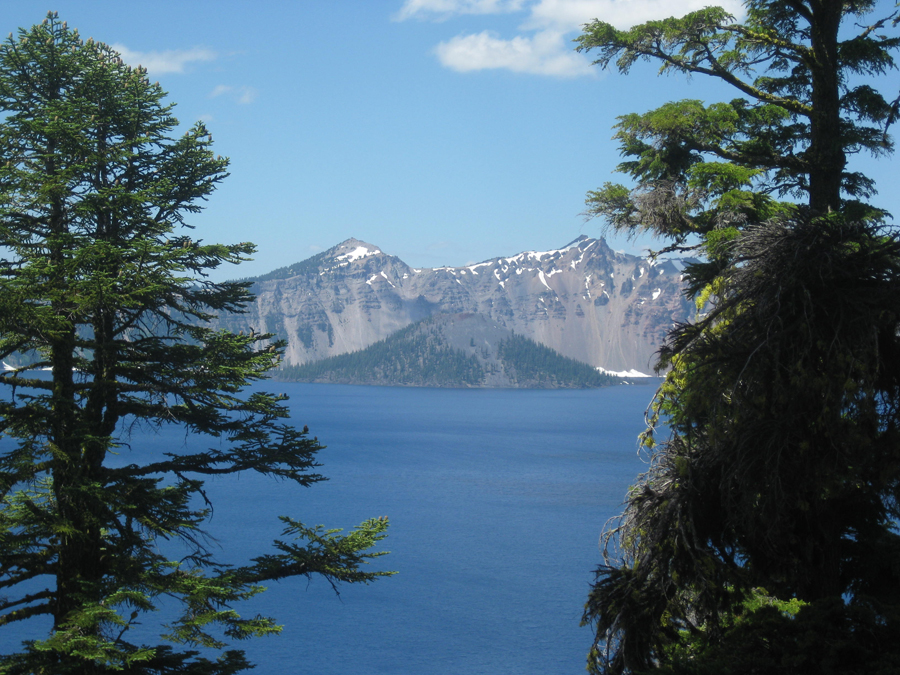 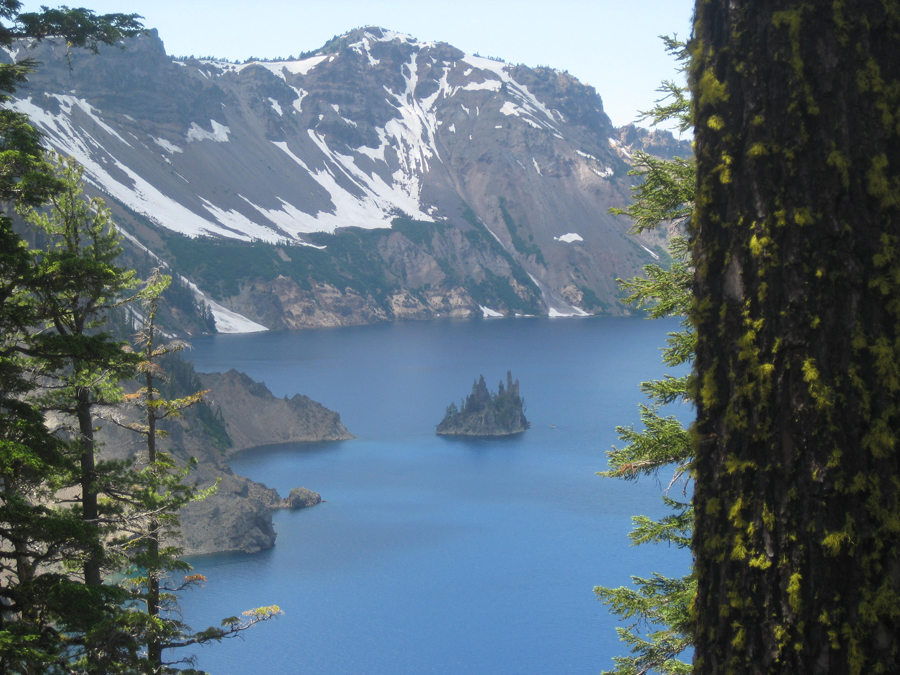 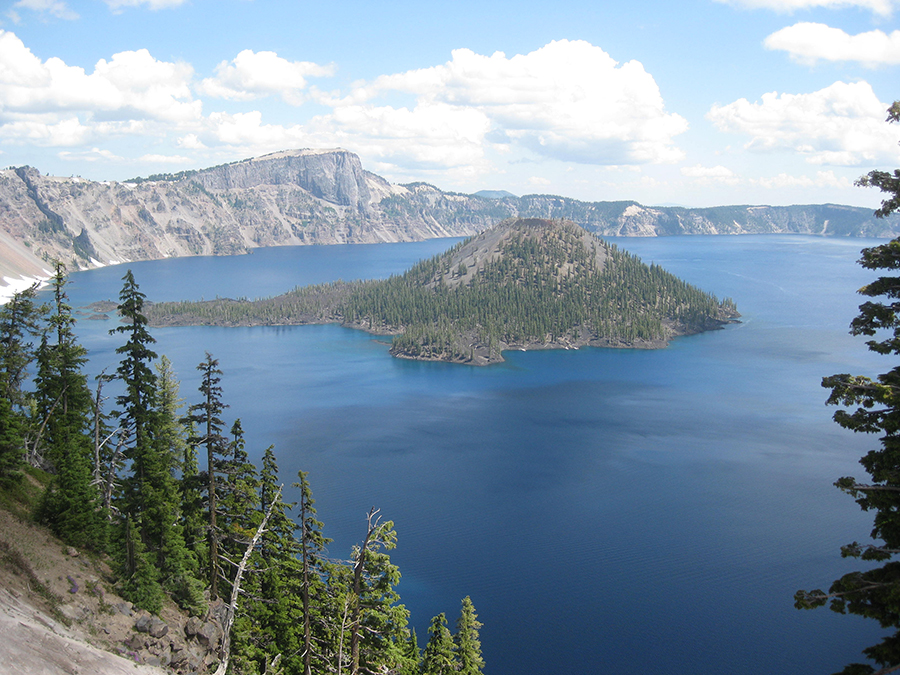