Only a 35 minute drive from downtown, Kasha-Katuwe Tent Rocks National Monument is definitely worth a visit the next time you’re in Santa Fe. The adventure begins from the moment you turn onto Interstate 25, with a minimum speed limit of 75 miles per hour; being a New Yorker, this was quite exhilarating since on a normal day I’m usually creeping along in gridlock. From I-25, you take two-lane Route 16, which cuts across a sandy expanse with the scenic Jemez Mountains rising up from the western horizon. To say the scenery is beautiful is an understatement.

“Kasha-Katuwe” means “white cliffs” in the traditional Keresan language of the native Cochiti people. Thanks to modern-day science, we know that these white cliffs are composed of pumice, ash and tuff that spewed from a pyroclastic explosion of the Valles Caldera super volcano 6.5 million years ago. Over time, wind and water cut into the layers of the 1,000-foot-thick volcanic deposits, creating canyons and arroyos and sculpting smooth cone-shaped formations out of the landscape.

There are two scenic trails located on the grounds of the monument. The 1.5 mile Cave Loop Trail starts off at the parking area and hugs the lower perimeter of the canyon walls. It is relatively flat, and offers some pretty spectacular views of the surrounding land. About halfway in you’ll come across some ancient cave dwellings, which look very similar to the ones in nearby Bandelier. Toward the end of the trail is where you’ll actually see the various formations of the tent rocks, which ironically resemble clusters of tepees.

The one mile Slot Canyon Trail stems off of the Cave Loop Trail, and winds its way to the top of the canyon for aerial views of the tent rocks below. On the day of my visit, I had evening opera tickets and thus was short on time, so I stayed down below. But from the photos I’ve seen, the Slot Canyon Trail is definitely worth the trek.

Some things to remember – you are in the desert, and the temperature rises quickly during the peak of day. If you plan on spending some time exploring the area, bring plenty of water because there is no running water nor are there any vending machines on site. Also, check the weather before you head out – you do not want to get stuck in a storm in the desert as there is usually very high potential for dangerous flash floods. So be smart when planning a trip to Tent Rocks National Monument, but do enjoy this geologic treasure. 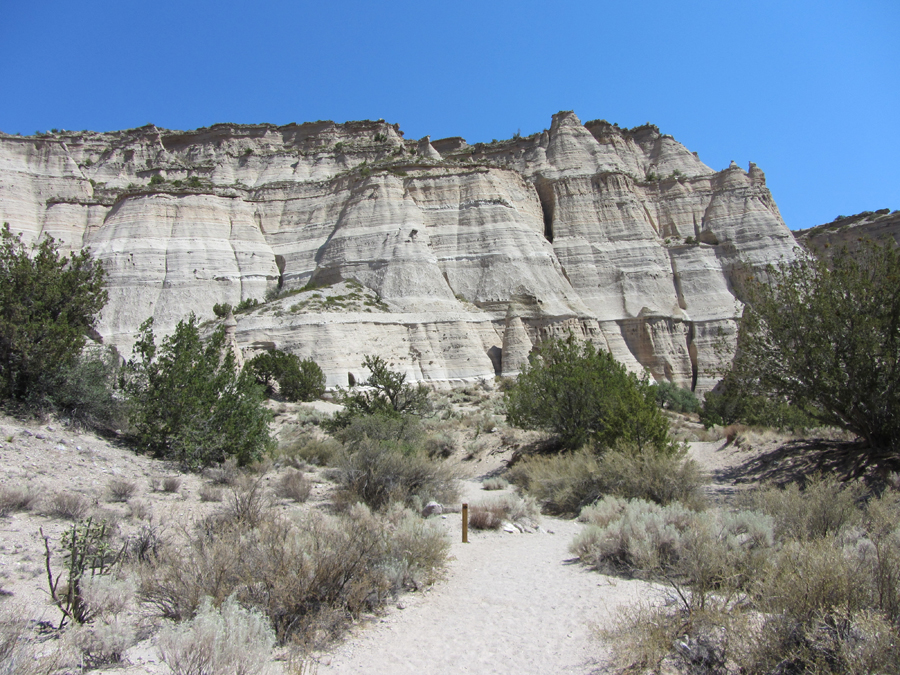 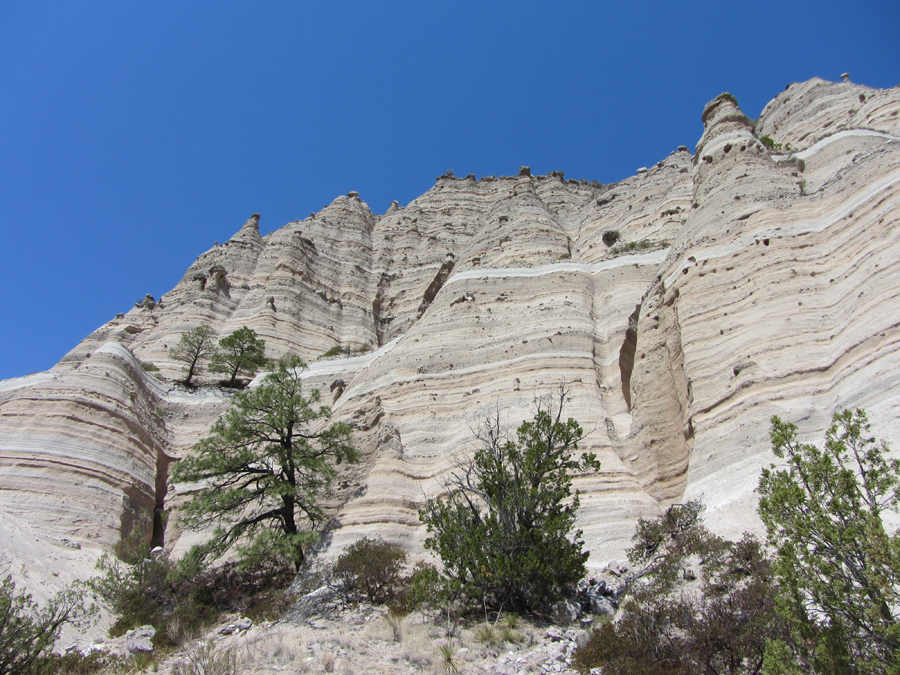 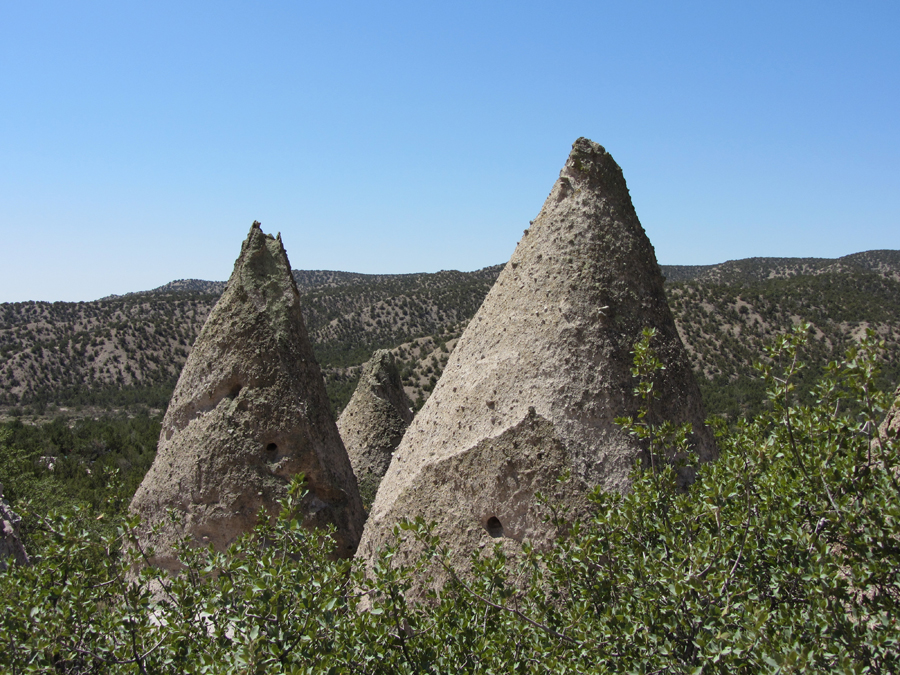 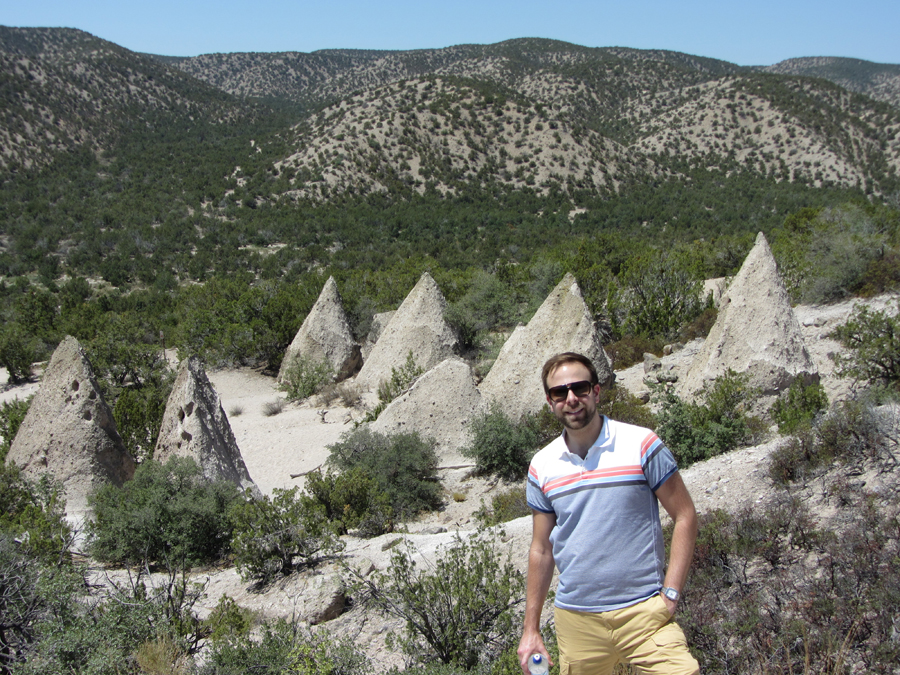