Tierra del Fuego was very different from how I initially pictured it. Knowing this is the bottom of the Western Hemisphere and only 600 miles from Antarctica, I was expecting to see sharp, icy peaks surrounded by a barren landscape. The sharp, icy peaks were accurate, but the landscape wasn’t barren at all. It was flourishing with emerald subantarctic forests and fields of grasses and wildflowers, all bordered by crystal-clear inlets and coves teeming with fish, mollusks, and 90 species of birds. I was prepared for overcast skies and unannounced rainstorms, but instead experienced some of the most serene blue skies filled with gentle wisps of clouds and long-lasting sunlight. It was utterly beautiful.

I booked us on a day-long eco-adventure, which promised canoeing in the Beagle Channel, an afternoon hike around Isla Gable, and a visit to a penguin rookery…with lunch included. A van picked us up at our hotel in Ushuaia bright and early, and drove us an hour east to a cluster of islands near the mouth of the Beagle Channel. There were 12 of us on the day’s tour, a multinational group comprising Americans, Australians, Germans, French, and Swiss, plus four guides—two Argentinian and two French.

After hobbling along an unpaved road for many miles, the van pulled over next to a narrow estuary that led out to the Beagle Channel. We exited and got suited up for our canoeing voyage. We were each given waterproof pants, knee-high galoshes, and a paddle. Meanwhile, the guides inflated two 15-foot rafts and had us carry them down to the water’s edge. We split up into two groups, boarded the rafts, and established a paddling sequence to scull us down the estuary toward the channel. There were no signs of human life for miles—no other boats or canoes, no cars, no planes…just us, the water, the distant mountains, and a vast expanse of blue sky. We stopped paddling for several moments at a time to take in the 360 degrees of peace and tranquility.

When we reached the Beagle Channel, the winds carried us down the cavernous waterway for a few miles. We tried to stay close to the shore, where it was still relatively shallow. We eventually reached our final destination, Estancia Harberton, the oldest farm in the region, where the van was waiting to collect our canoeing gear. From the estancia we boarded a zodiac, which whisked us back out to the channel and deposited us on Isla Gable, where we were greeted by a pack of friendly feral dogs. Four-mile-wide Isla Gable served as training grounds for the Argentine military, but today is uninhabited.

Our guides set a charming table inside an abandoned shack and prepared a tasty lunch of steak, fish, and potatoes. We gobbled and gabbed with our fellow trekkers, accompanied by some Argentine Malbec, and then set out for a hike around the island. The trails along the coastal perimeter were lovely…relatively flat with cool breezes and amazing vistas. The interior trails, however, were unexpectedly hot, with the summer sun blazing overhead. Everyone stripped off articles of clothing to stay cool. They were also very hilly, which made for some challenging ascents, but always with an incredible view waiting at the top. The hike was exhausting, yet reviving.

After several hours, we reached a lone dock on the far side of the island. Magically, the zodiac appeared out of nowhere to scoop us up and bring us to our final destination—the penguin rookery on Isla Martillo. Upon approaching the rookery, the zodiac slowly pulled up to the shore, and at once we were surrounded by thousands of Magellanic and Gentoo penguins. We were not allowed to disembark, and so we all took turns standing and sitting on the hull, watching the penguin show. Some hardly noticed our presence; others were more curious and waddled up to the boat to get a closer look. Off in the distance, there were two aloof Emperor penguins, probably wondering how they got stranded on an island with ancestors half their height.

There is something amazing about penguins—they elicit feelings of happiness and joy. If you’re ever in low spirits, just watch some penguins dive into the water and waddle on to shore…you’ll be smiling again in no time. I could’ve stayed on Isla Martillo for the rest of the afternoon, but alas, the zodiac pushed off and brought us back to Estancia Harberton, where the van was still parked and waiting to carry us home. 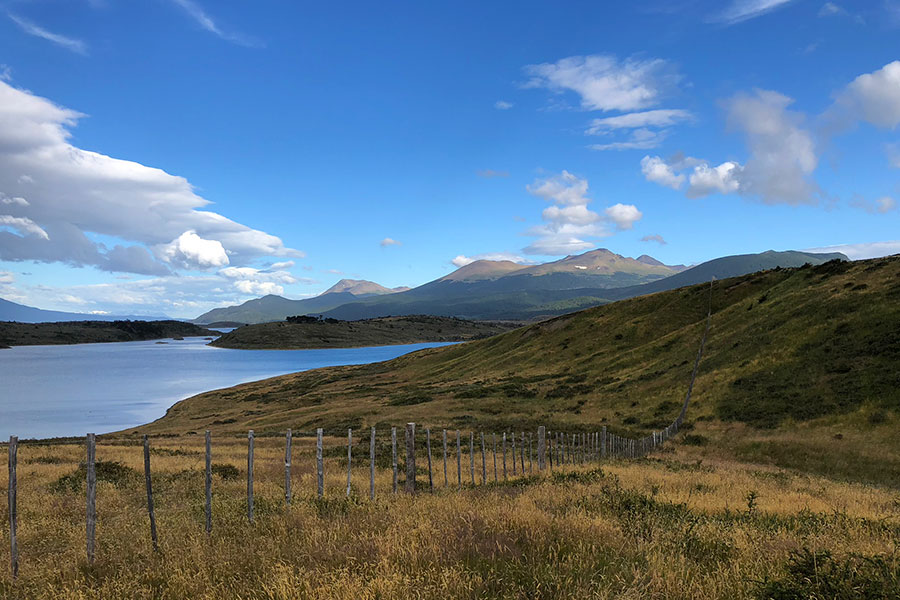 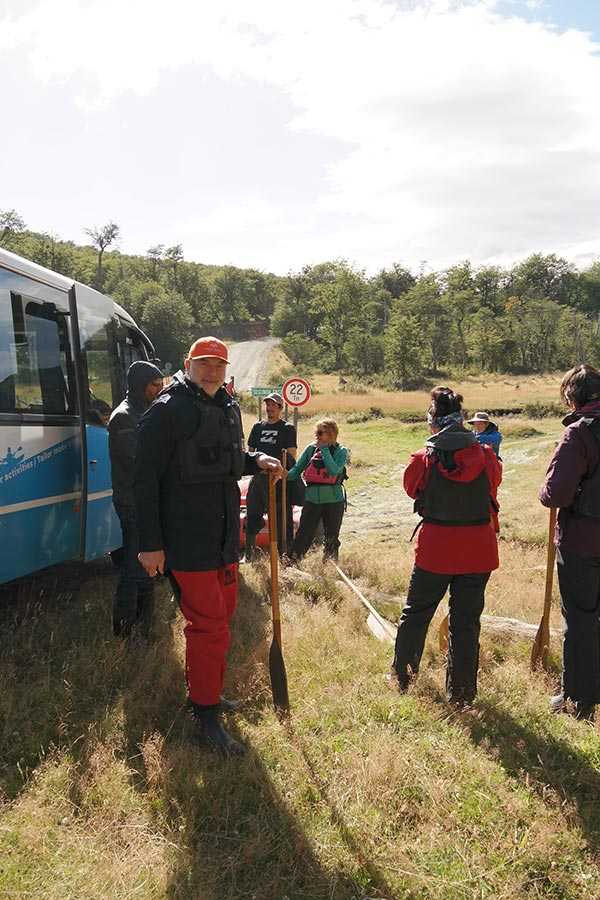 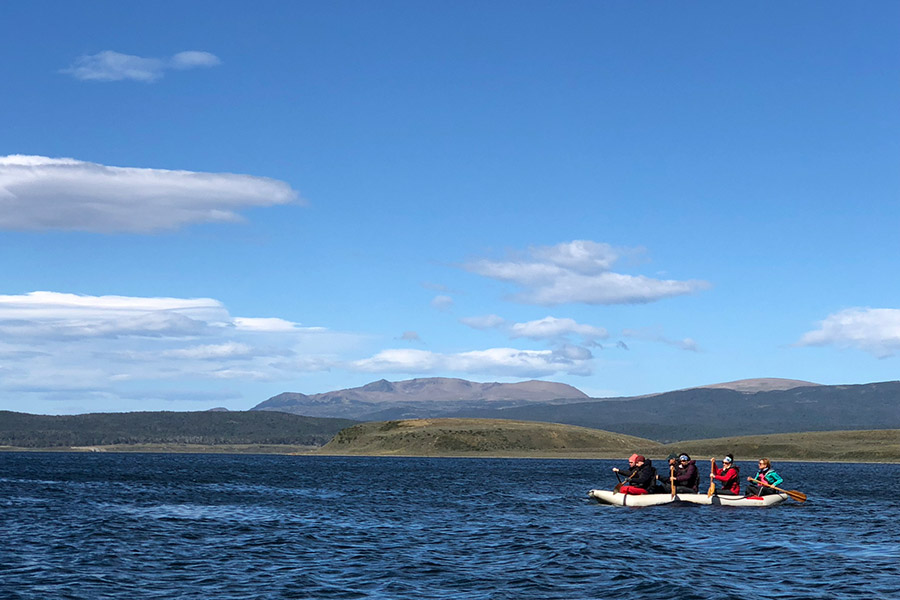 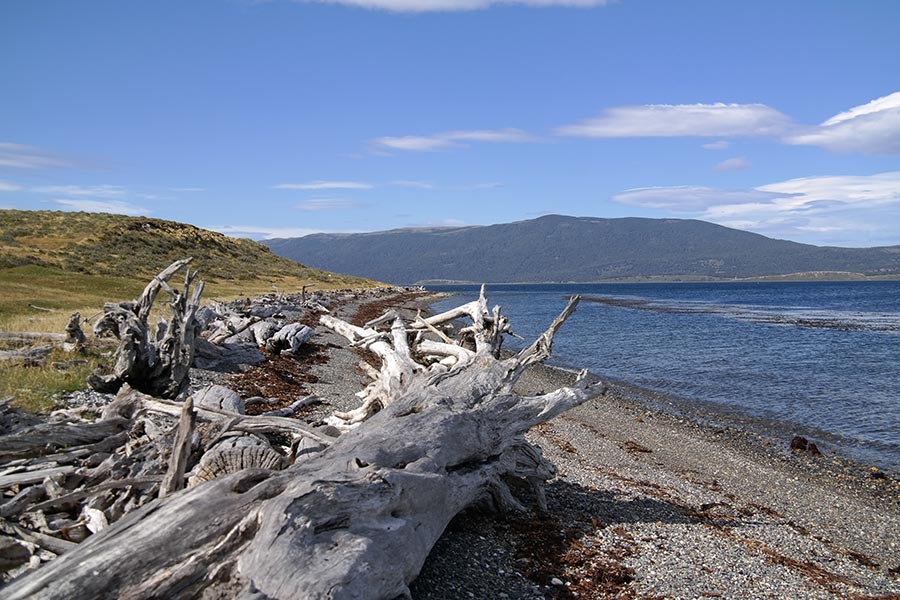 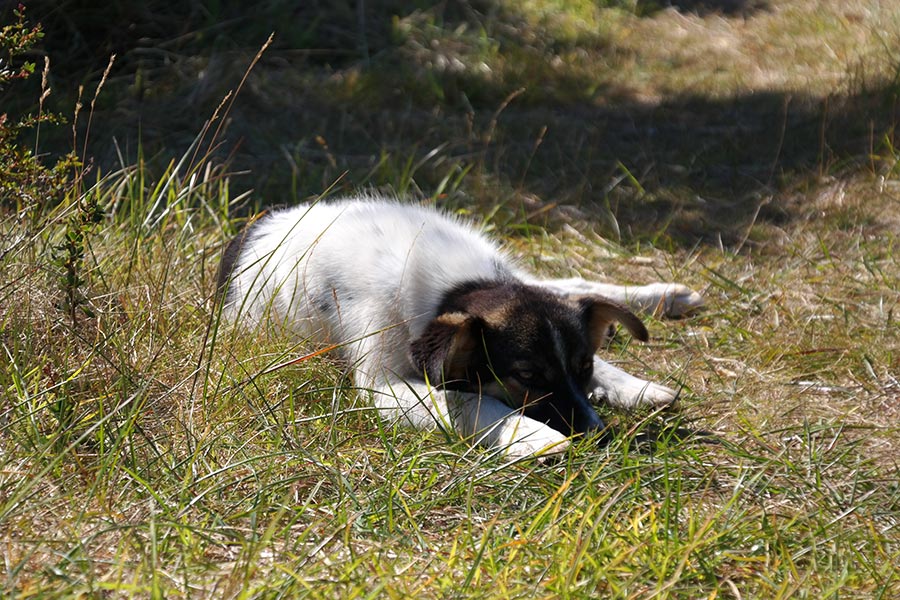 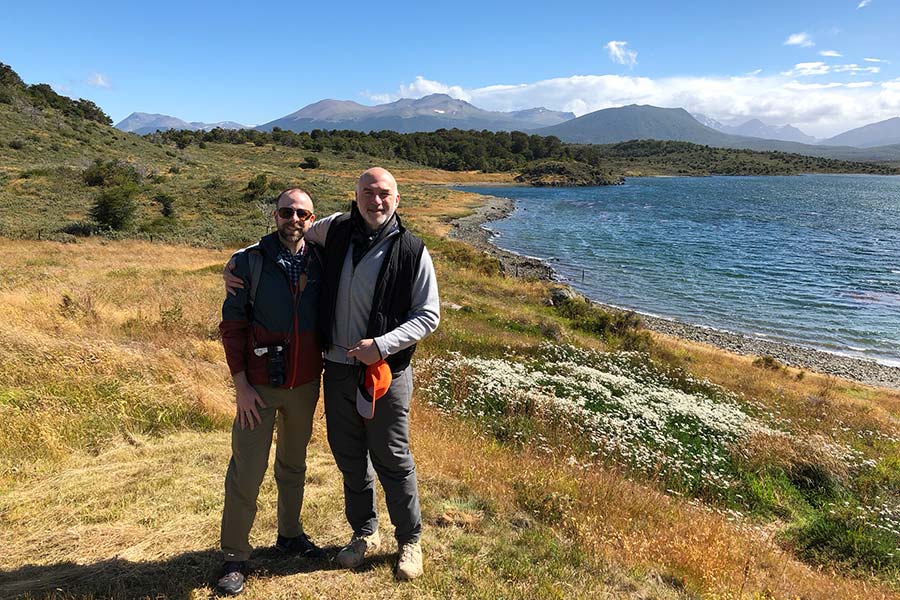 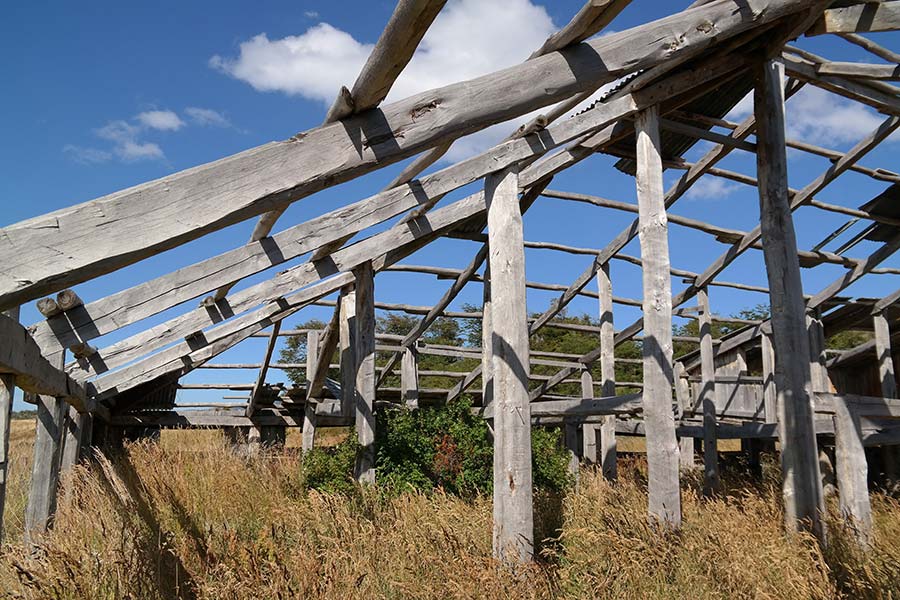 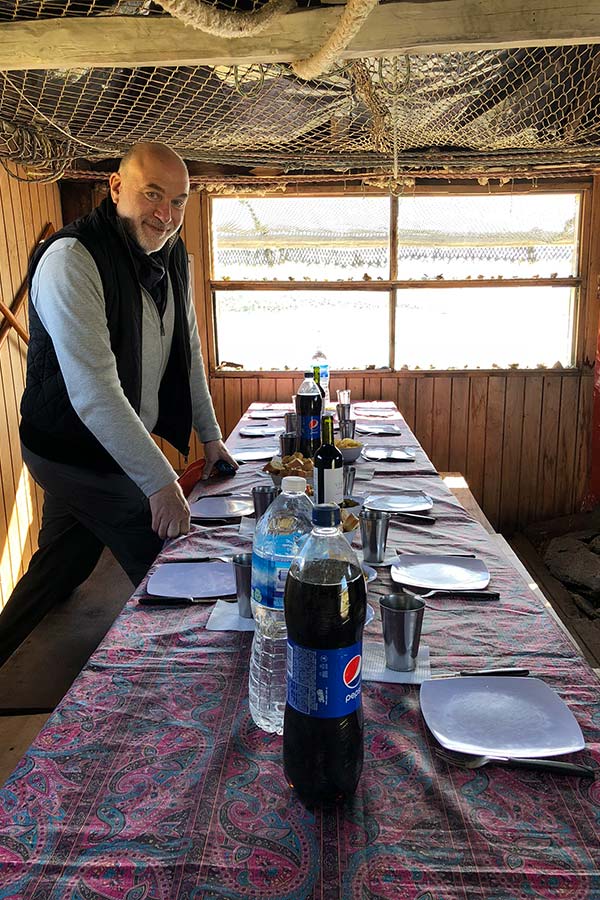 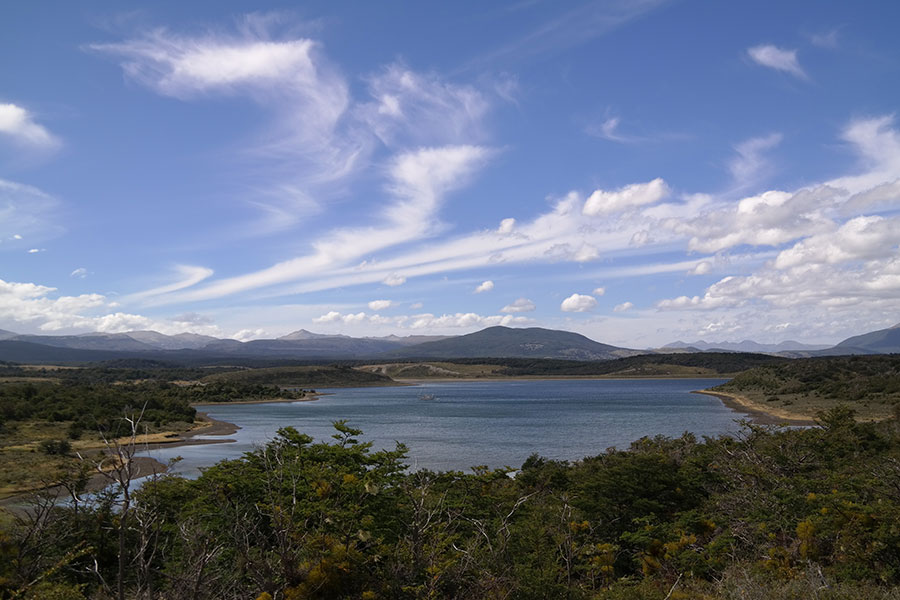 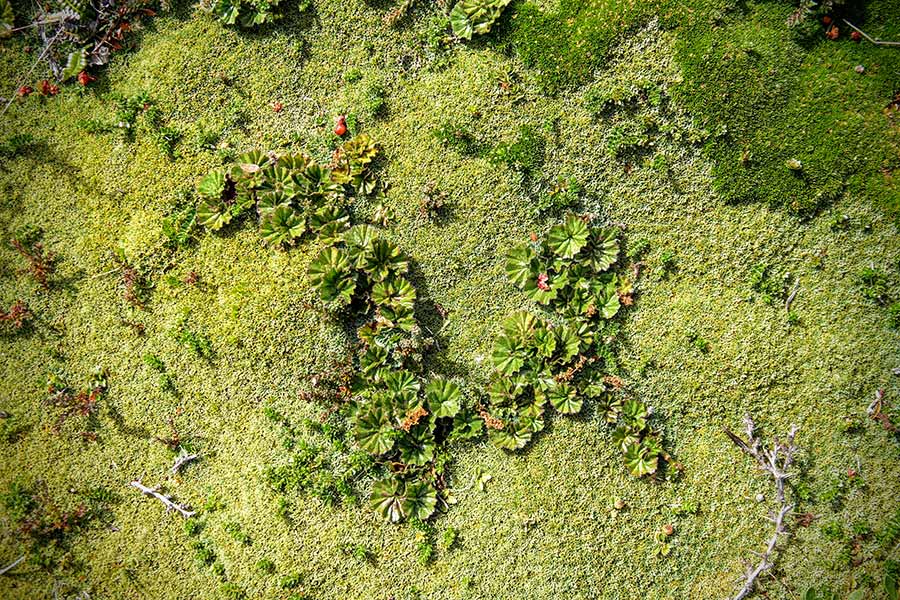 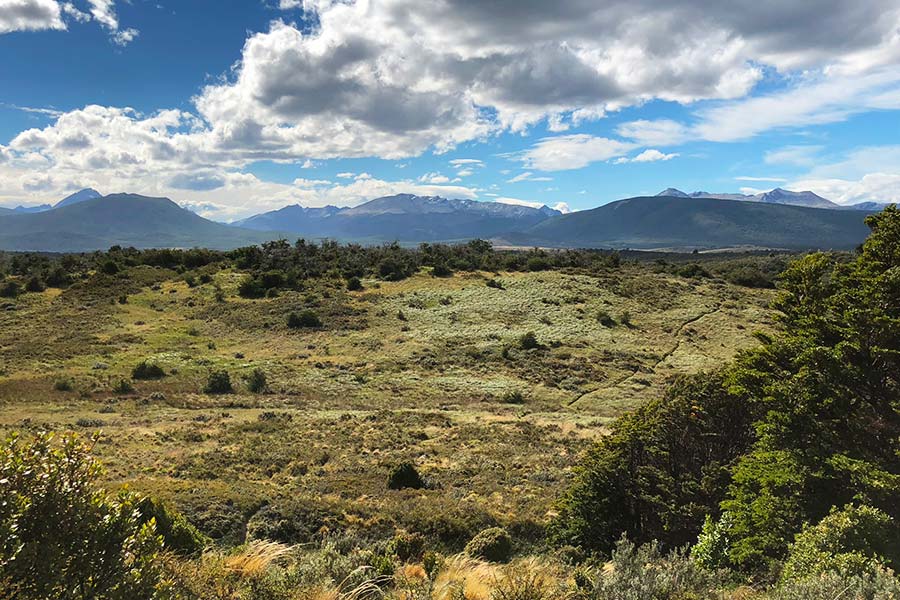 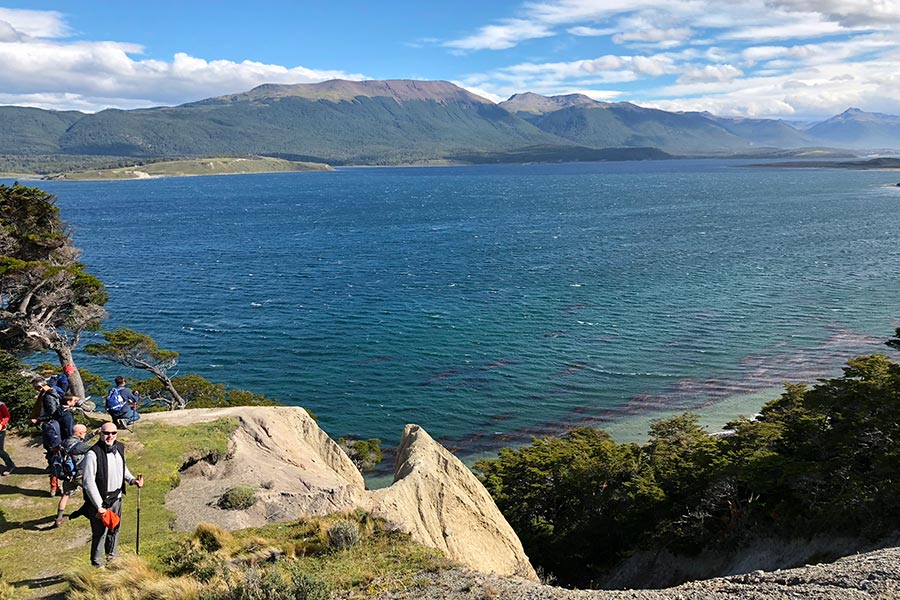 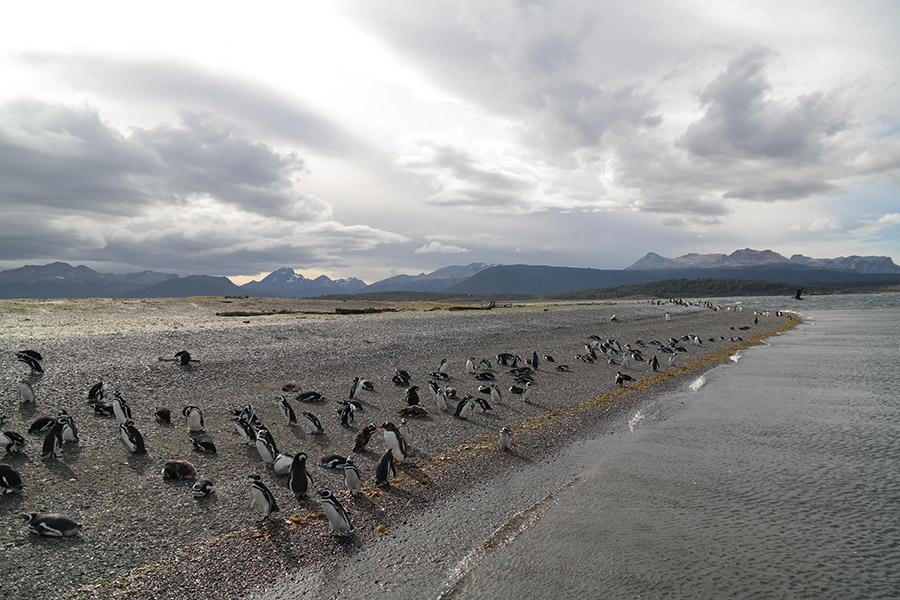 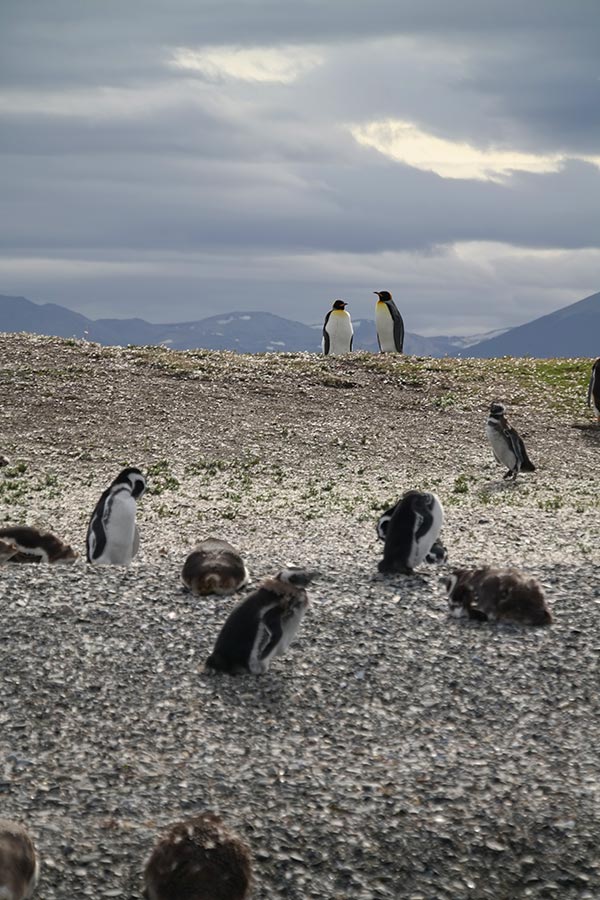 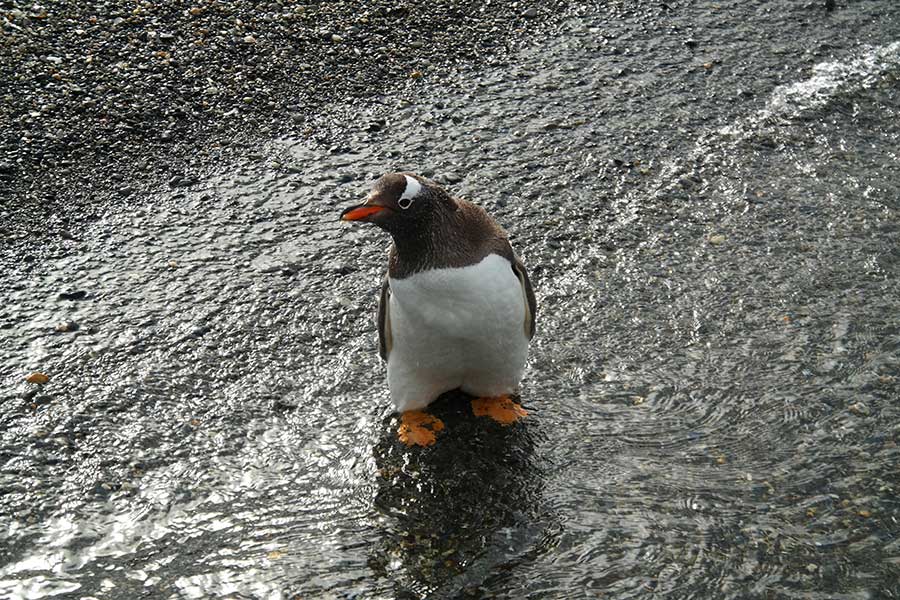 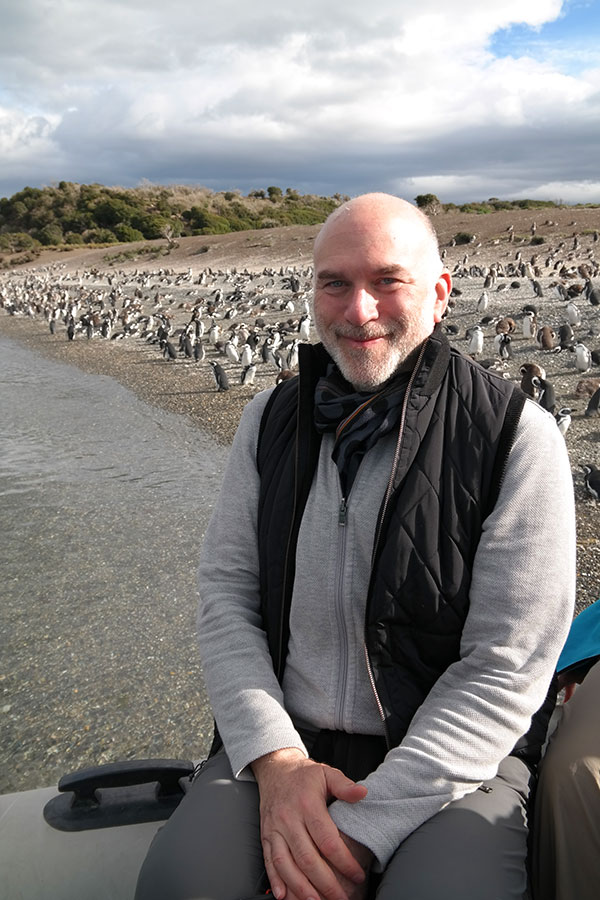