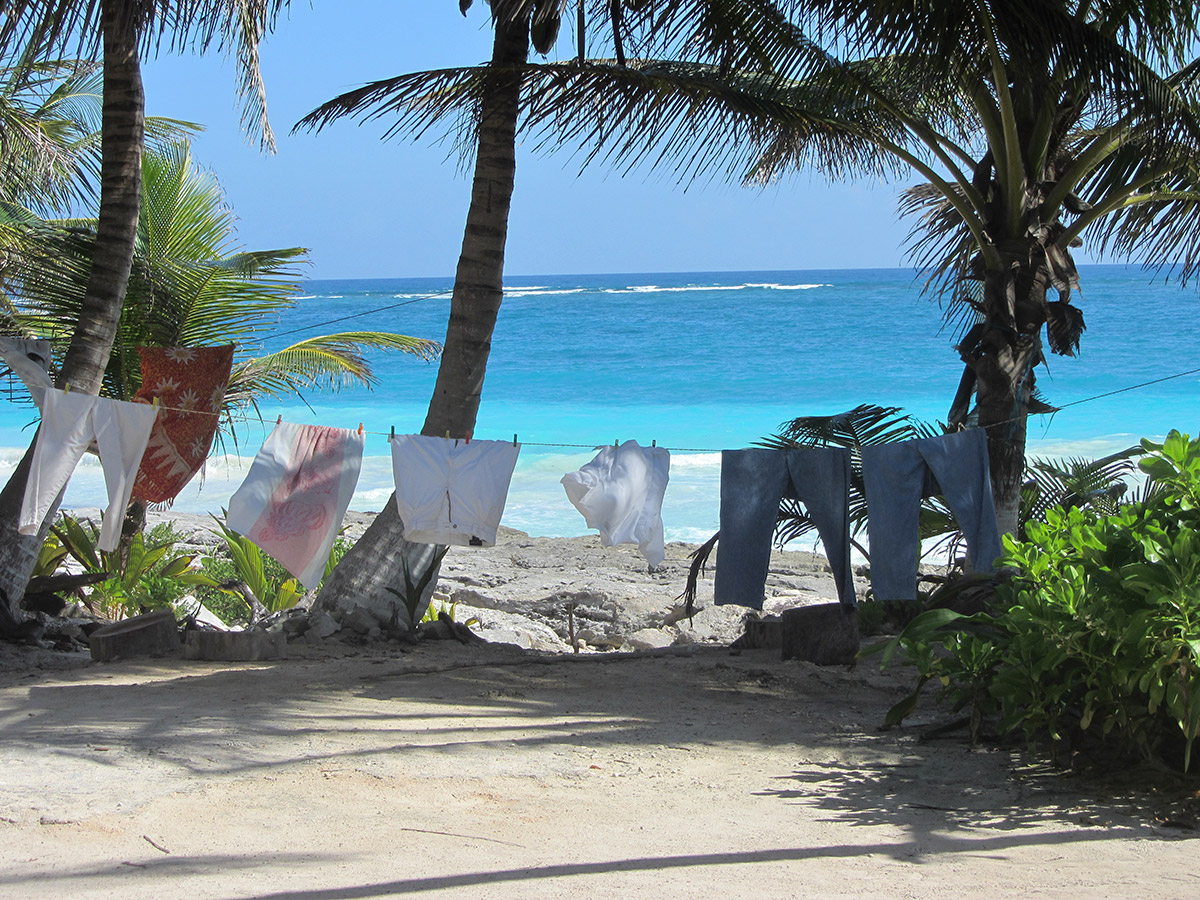 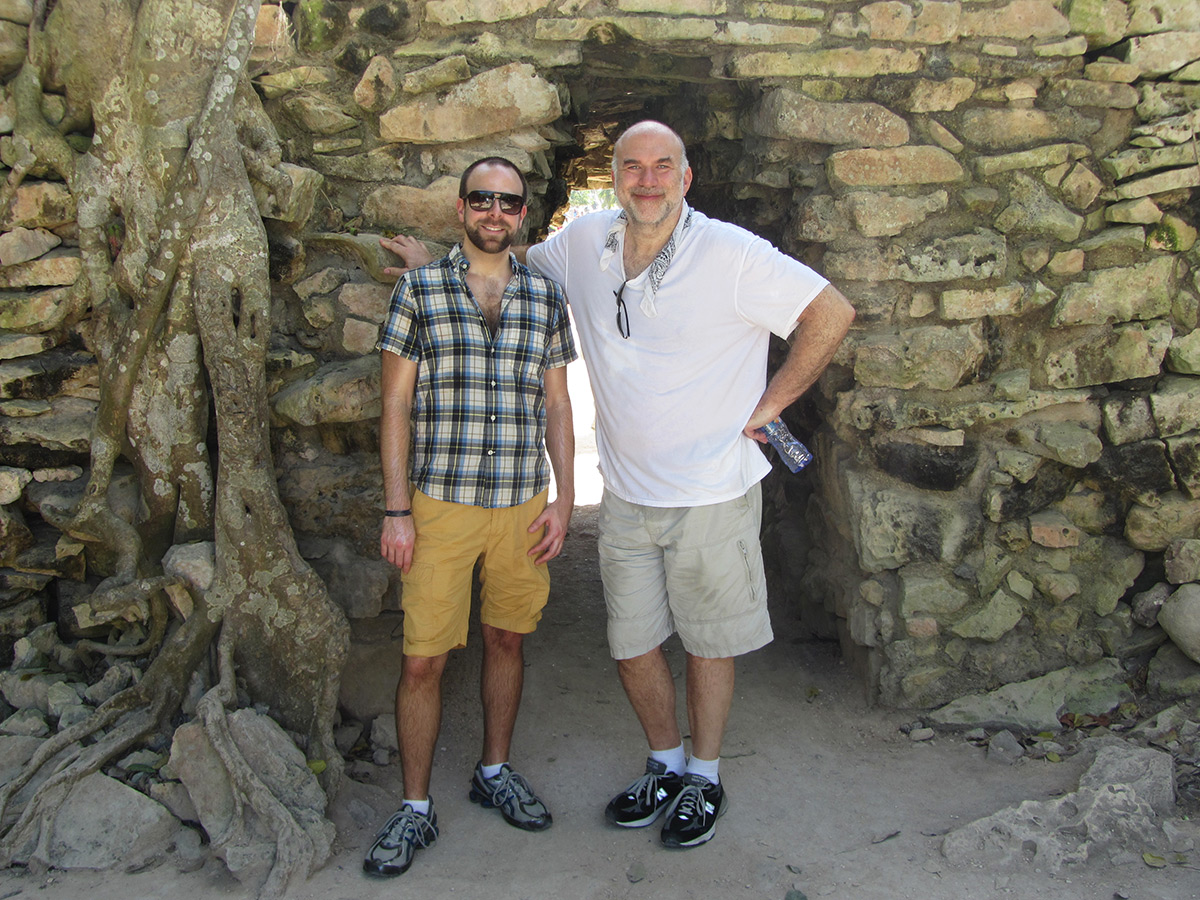 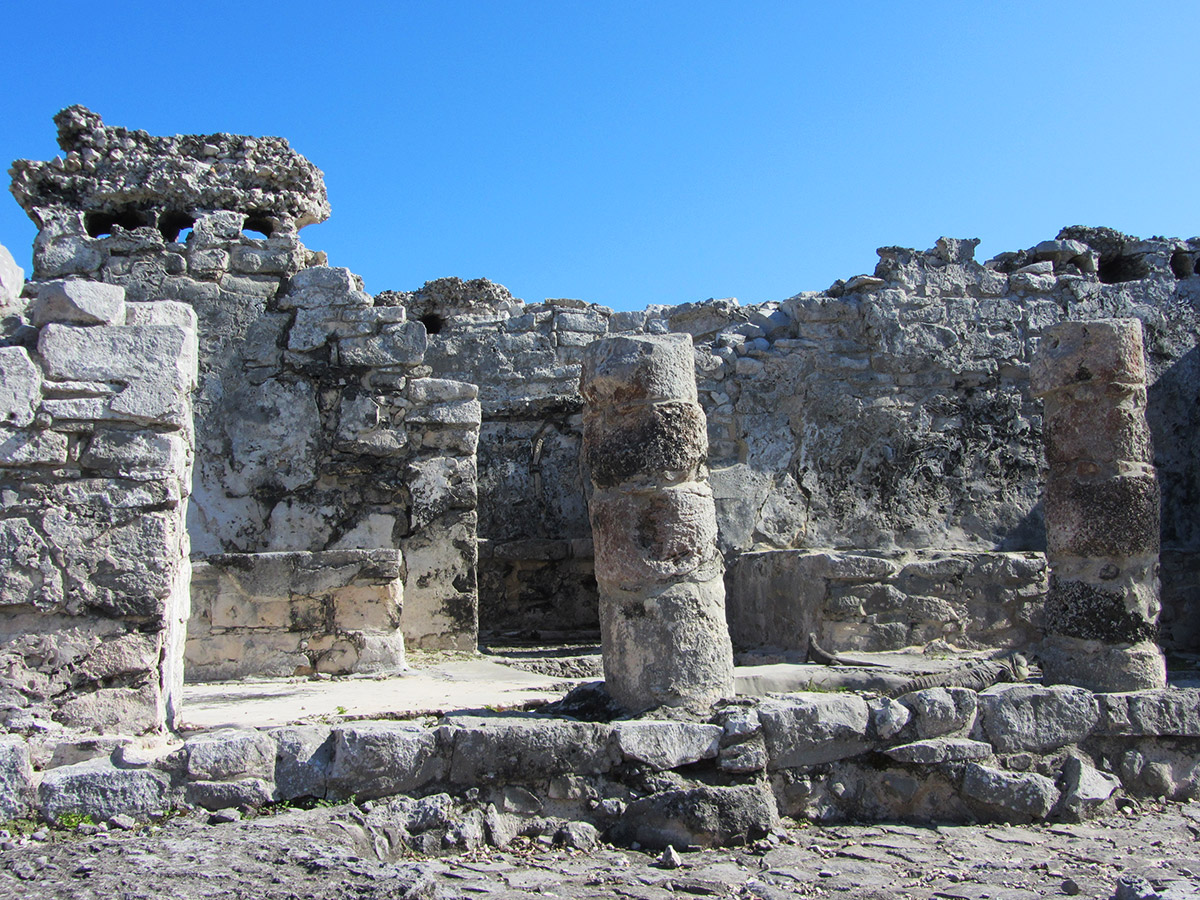 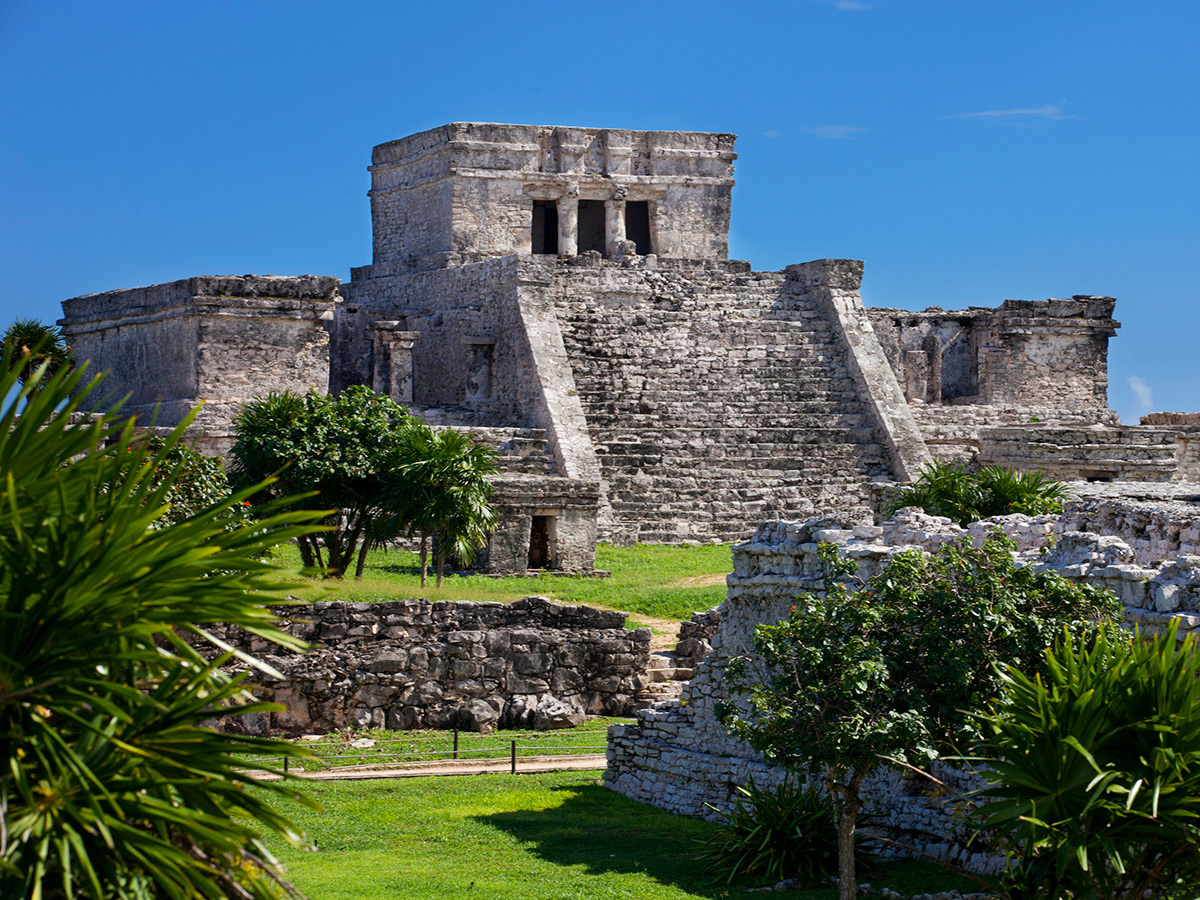 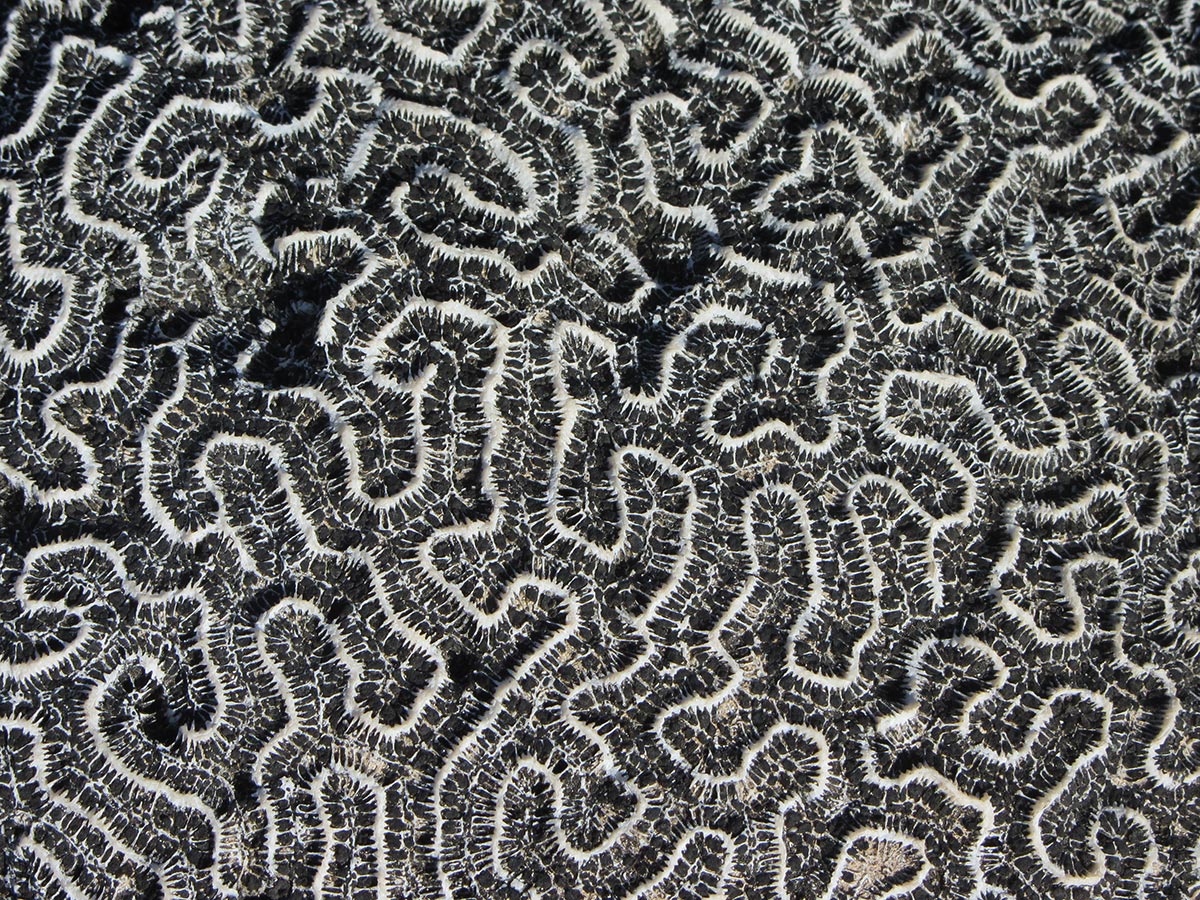 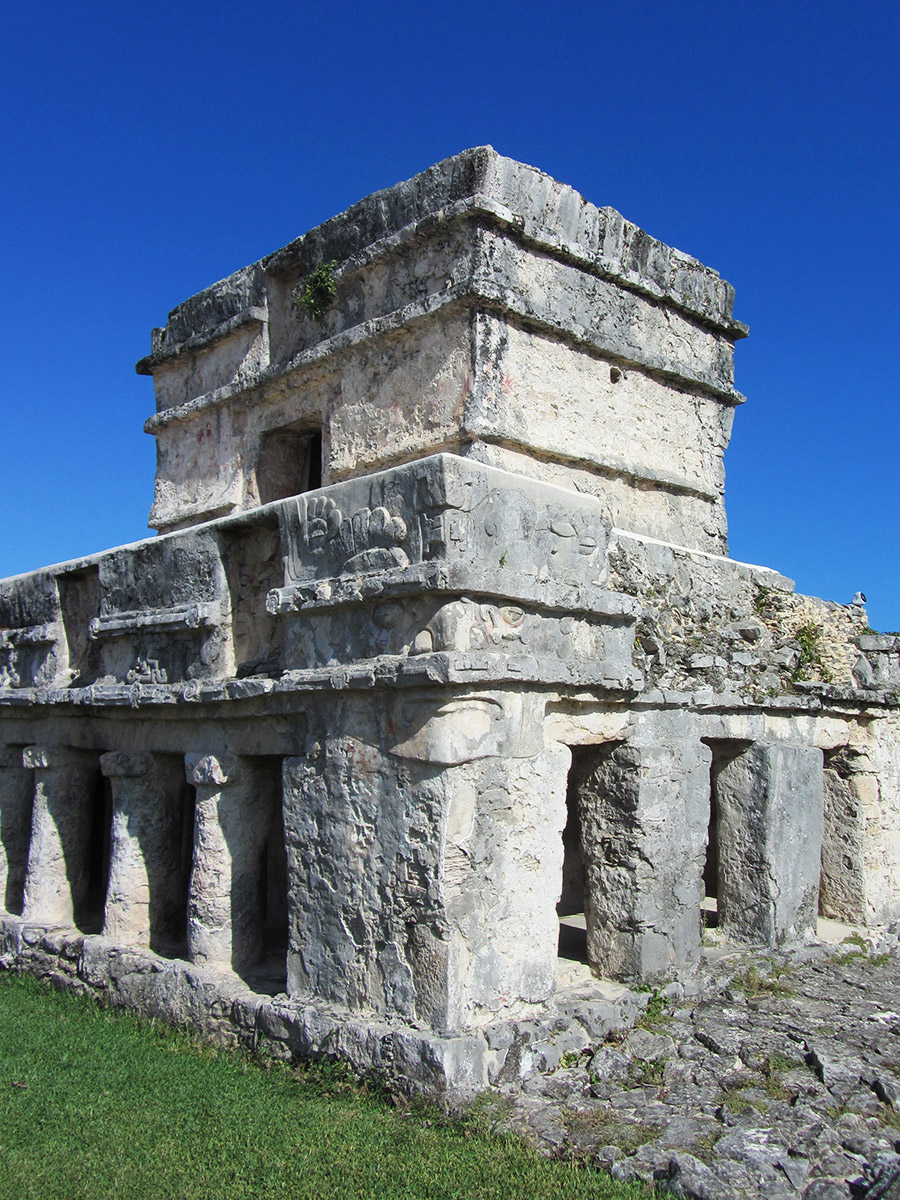 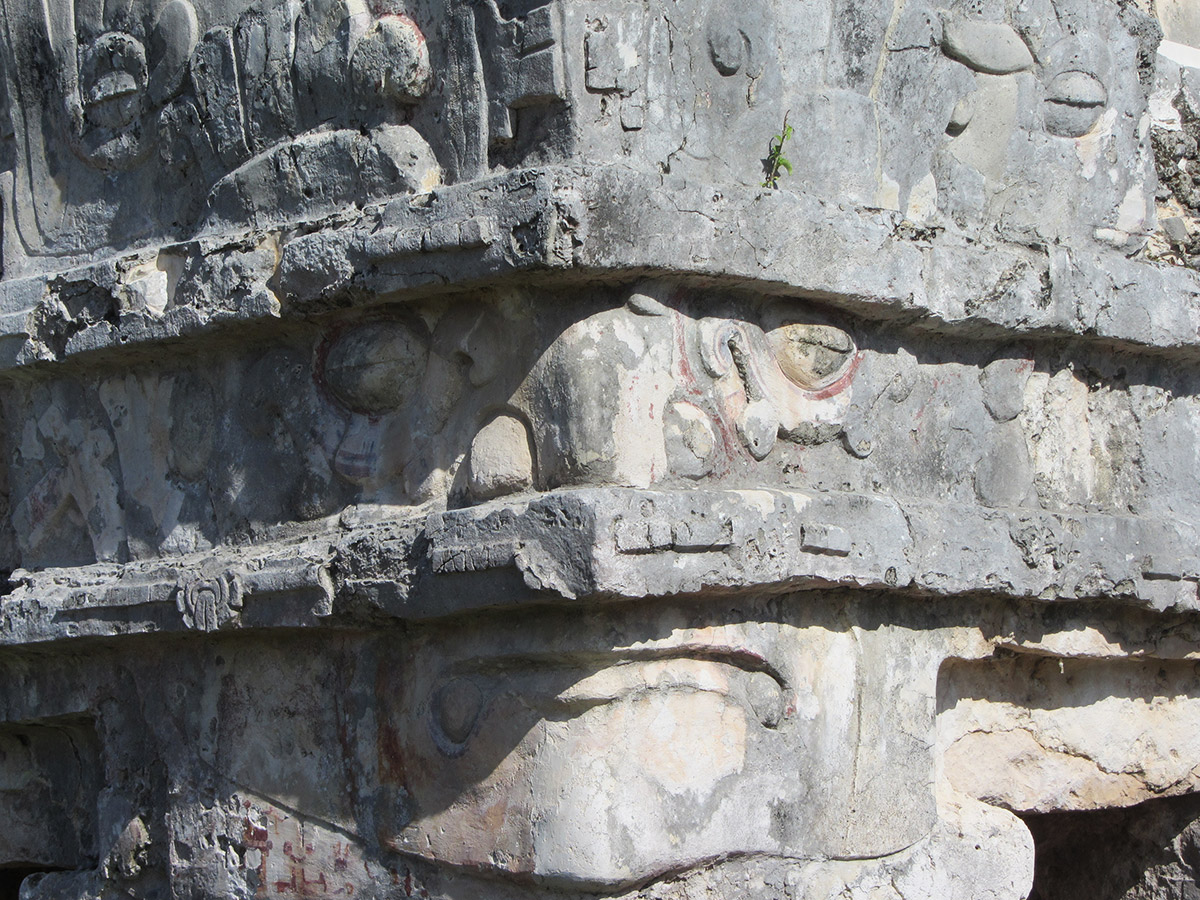 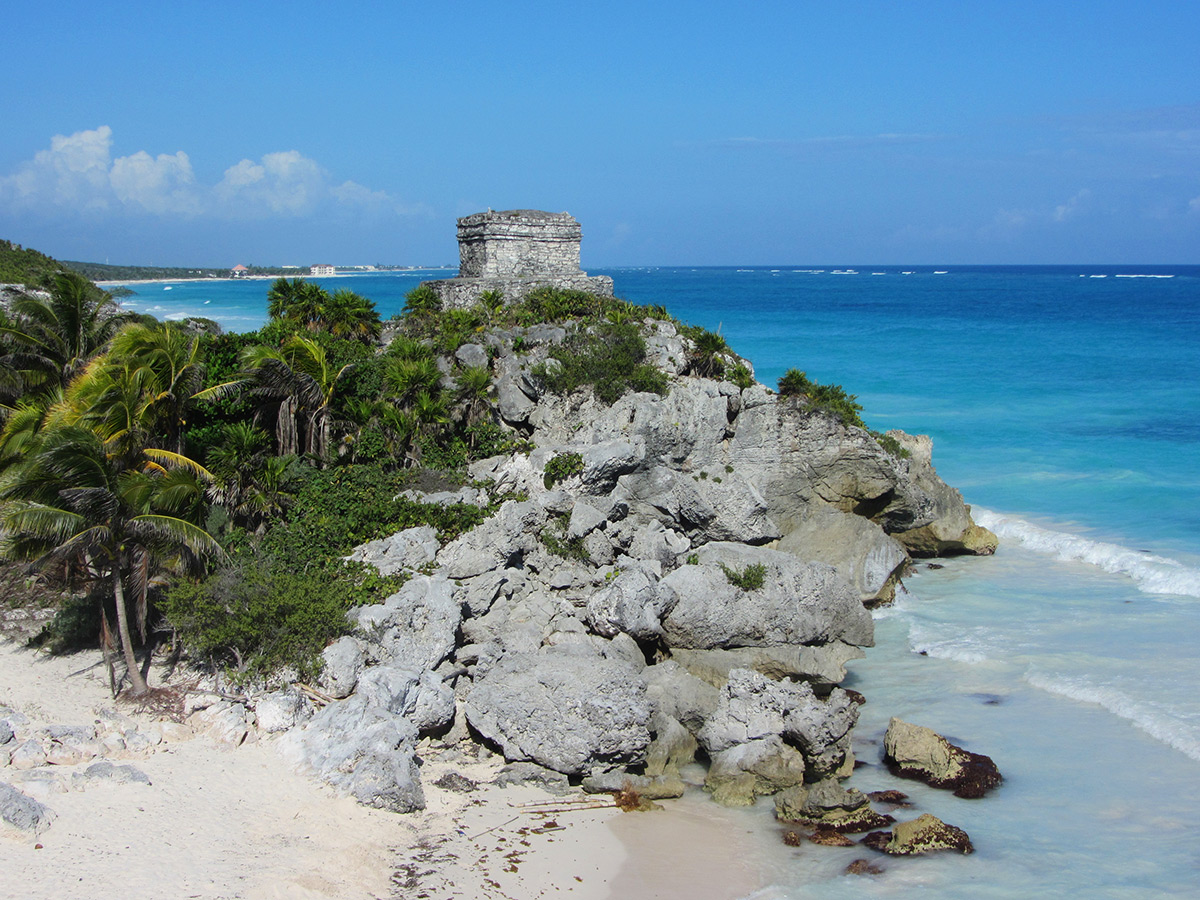 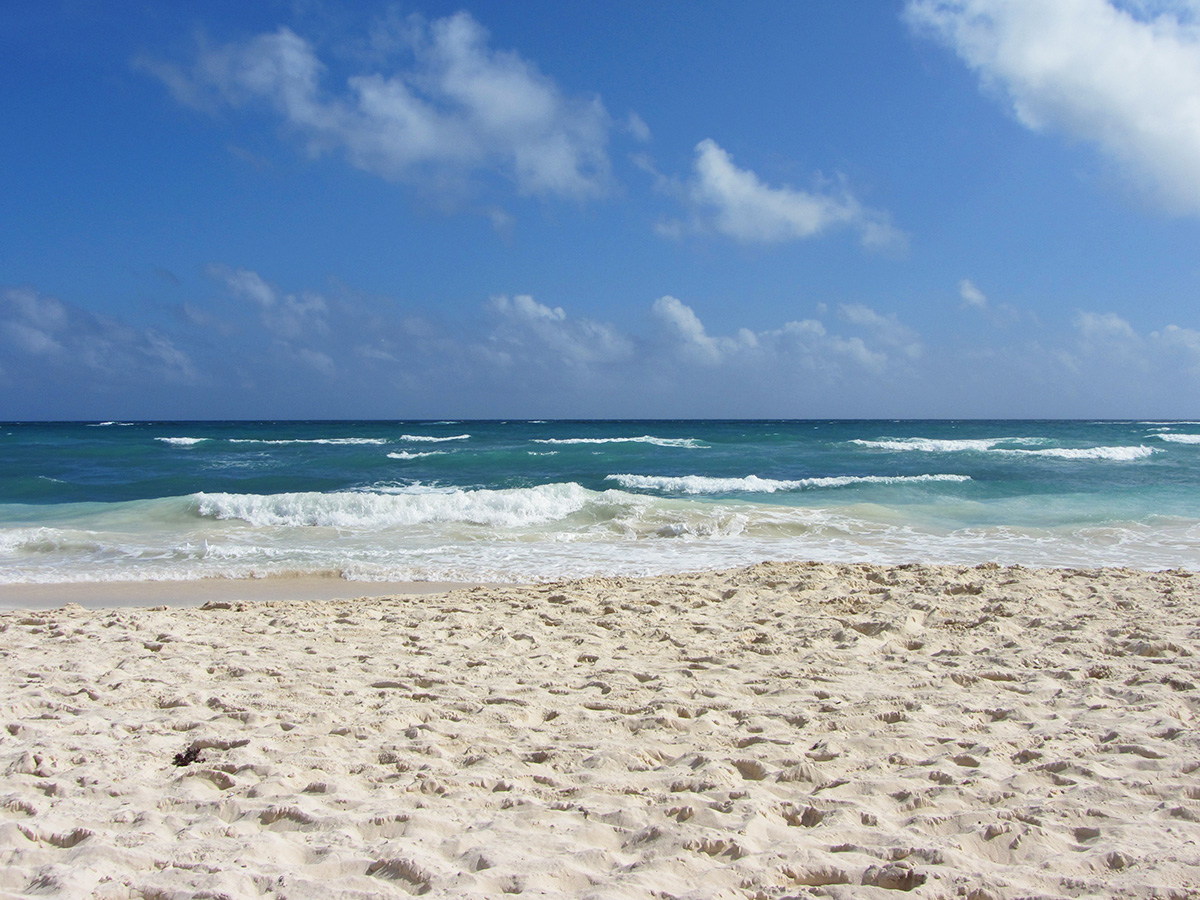 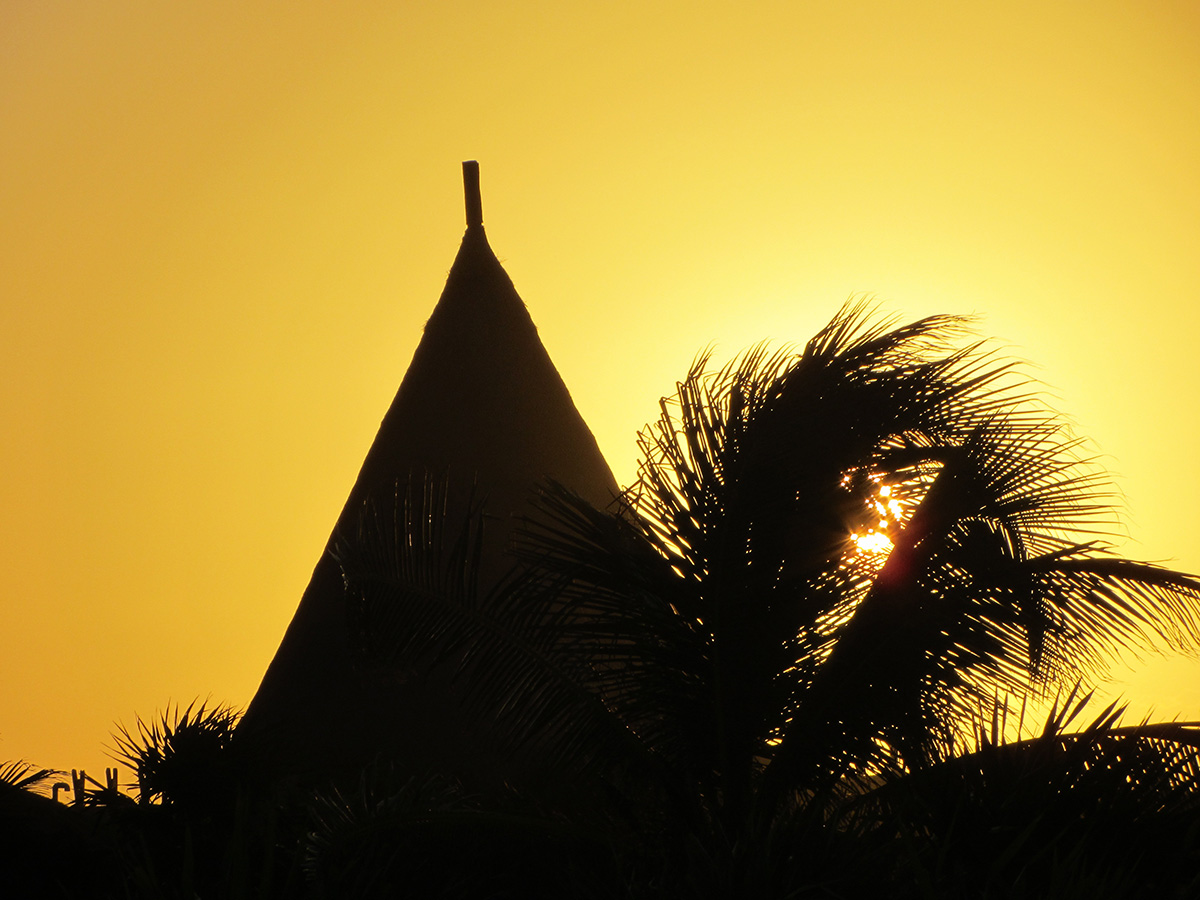 It was a scorching December afternoon on the Riviera Maya, and I’m not quite sure why but my partner, Charles, and I decided to walk the two miles from our hotel to the Tulum ruins. Actually, I do remember why – it was overcast and rainy the two previous days, and we needed an escape from the dreadful resort where we were staying. With the sun blazing in a cloudless sky and the pavement piping hot, we were dripping with sweat not even ten minutes into our journey. It was a good thing we both remembered to grab large bottles of water and apply a heavy coat of sun screen before departing.

When we arrived at the archaeological site, we tried our best to dry off and regain our composure before attempting to make sense of the mania at the visitor center. There must’ve been over 200 people standing around, making a mess of the five supposed queues for purchasing tickets. Then suddenly, our guardian angel appeared from the crowd. His name was Carlos and he was a guide offering to get us immediate access to the ruins along with a private tour for just 250 pesos each plus a 30-peso camera fee. Being the pushy New Yorker that he is, and with little patience for standing in lines, Charles reached for his wallet and before we knew it, we were bypassing the ticketing queue insanity and being ushered to the main entrance by our amigo, Carlos.

The ruins of Tulum were once the site of a prominent Pre-Columbian Maya walled city, inhabited from around 1200 to 1500 A.D. Tulum was also referred to as Zama, meaning “city of dawn” or “place of the dawning sun”, which was undoubtedly derived from the city’s eastward facing location. The wall surrounding the city was massive, protecting it from invasions. The three land-facing sides of the fortification were made of limestone and stood around 16 feet high and 26 feet thick. The Caribbean-facing side was protected by steep sea cliffs. The walls are very well-preserved, creating a mystique that literally and physically surrounds this site…you can’t see a thing unless you actually enter the site through one of five gates.

I wasn’t sure what to expect on the other side of the wall – and was amazed to discover an expanse of gently rolling green hills dotted with black and gray stone outcroppings. Carlos led us to various notable sites, providing commentary on the significance of each. There are a few sites in particular that have maintained their shape and form – the Temple of the Frescoes, the Castillo pyramid, the Temple of the Descending God, and the Temple of the Wind.

The Mayans used the Temple of the Frescoes as an observatory to track the movements of the sun. Inside are patinated murals from the 13th Century depicting ancient ceremonies. Carved into the exterior corner façade of the temple is the Descending God – an avian-like deity believed to be a protector of the people. Carlos informed us that carvings and paintings of the Descending God can be found all throughout the Mayan world.

The Castillo is the tallest structure within the walls, built on a bluff at the edge of the sea cliff with commanding views of the water and coastline. It served a twofold purpose for Tulum, functioning as both a temple and a fortress. The duality of the structure is inherent in its design. The westward side has the traditional features of a Mayan temple, while the sea-facing side appears more like a bastion standing guard over the water.

Wind played a very important role in the Mayan culture. It was believed that wind created the earth and could also lead to its destruction. The Temple of the Wind was constructed as a place of worship to the Wind God, where sacrifices were made to ensure the earth’s protection from the all powerful deity. The Mayans also used the temple to register the force of the wind, signaling to the community when the threat of severe weather was imminent.

After our guided tour, Carlos led us to a private overlook with expansive views of the ruins set against a backdrop of turquoise Caribbean waters and blue sky. We thanked him profusely and he went on his merry way, presumably saving another American couple from the hells of the ticketing lines. We weren’t quite ready to return to the reality of our nightmare hotel situation, and so we just stood there soaking in the view. Our relaxing vacation was a bust, but thankfully, our visit to the ruins brought us a few moments of peace and serenity.