The city of Como is charming, walkable, and relatively non-touristy. It’s located at the southern tip of Lake Como’s Ramo di Como branch, and very accessible to the cities, towns, and lakes of northern Lombardy and Piemonte. Charles and I drove through Como en route to Filario Hotel, where we stayed for several nights while exploring the Lake Como region. I originally wrote off the city as being just a transportation hub for connections from Milan, but after getting a glimpse of Como’s well-preserved medieval core from our car window, I realized it deserved an afternoon of proper exploration.

And I was right. We spent a pleasant afternoon and evening in Como, which was plenty of time to get acquainted with the city. From the parking garage, we walked over to the funicolare connecting Como with the clifftop village of Brunate. After a 10-minute climb, the train reached the Brunate station, and we were suddenly surrounded by hordes of tourists and cheesy tchotchke shops. We quickly took in the panoramic views of Lake Como and the surrounding Alps, and jumped on the next train headed back down to Como. I’m happy to say this was the most touristy thing we did all day.

After our funicolare misadventure, we grabbed lunch at one of the outdoor cafes lining the eastern lakefront. Charles and I were on a mission—to eat pizza everyday for lunch on our trip. That day’s pizza was pretty darn good: thin crust with mozzarella and mushrooms topped with arugula, bresaola, and freshly shaved Parmigiano-Reggiano. Following lunch, we strolled along Lungo Lario beneath an archway of pollarded alder trees, turning in at Piazza Cavour and making our way to Cattedrale di Santa Maria Assunta, a.k.a. Duomo di Como. The Duomo dates back to the 14th century and is one of the most significant Gothic churches in all of Northern Italy. We didn’t go in but there were plenty of ornate flourishes on the exterior to marvel at.

From the Duomo, we sauntered our way through the lacework of cobblestone streets in the centro storico. There are a plethora of fine shopping options in Como, but in typical Italian fashion, all the stores were closed for lunch and wouldn’t reopen until 3. I made note of which ones I wanted to visit, and we continued our ramble through the medieval core until we reached Porta Torre. Built in 1192, the 130-foot tower and gate once served as a bastion and main entrance to the city. Nine centuries later, and with the help of the silk trade, Como has expanded well beyond Porta Torre and the stone walls that encase the centro storico.

From Porta Torre we walked to Basilica di Sant’Abbondio, an 11th-century Romanesque church that sits at the foot of Monte Croce, Como’s western boundary. The basilica’s apse is covered in a noteworthy cycle of mid-14th-century frescoes featuring the Birth and the Passion of Jesus by an unknown Lombard painter. We admired the intricacy, detail, and rich color of the cycle before ducking into the adjoining Benedictine monastery to get a glimpse at the arch-laden inner courtyard.

After Sant’Abbondio, we headed back to the centro storico. It was well after 3 and time for some shopping. Charles picked up some Italian silk and wool scarves from Diana, a sporty menswear shop directly across from the Duomo. I too bought a scarf—a beautiful hand-woven and double-sided cashmere number—from Monti, a menswear shop on Via Vittorio Emanuele II. We bopped in and out of a bunch more stores, and of course stopped for some gelato.

I had made a dinner reservation at La Colombetta, a well-known restaurant in the region. It was a beautiful evening, and we decided to have an aperitivo before heading to dinner. We found a little bar on Piazza Alessandro Volta with outdoor seating. Whenever I travel, I’m always inspired to try new things, so I ordered my first ever Negroni…and was hooked after the first sip. Charles ordered his usual, a vodka martini. As we imbibed, the cityfolk of Como buzzed in and out of the piazza.

At La Colombetta, we were greeted by one of the proprietors and upon taking our seats, immediately offered the house aperitivo—an effervescent flute of Franciacorta. Apparently, George and Amal Clooney dine here often; their lakefront villa in Laglio is only a few miles way. I only mention this because there are several pictures of George hanging in the lounge near the front of the restaurant.

For our primi, Charles and I both ordered the same pasta: perfectly al dente tagliatelle with butter, pancetta, and sage. So simple yet so incredibly delicious. I made sure to scrape up every morsel of pancetta with the side of my fork. The star of our meal, however, was the secondi—lamb chops. Each chop was seared to perfection and had the exquisitely balanced flavor of earthy gaminess and fat. I don’t recall what we had for dessert, but I’m sure if was on par with the primi and secondi.

After dinner, we picked up the car and weaved our way along the twisty and narrow SP583 back to Hotel Filario. Charles and I both agreed…Como is a wonderful city to spend an afternoon filled with strolling, shopping, people-watching, eating, and most importantly, feeling like you’re on vacation. 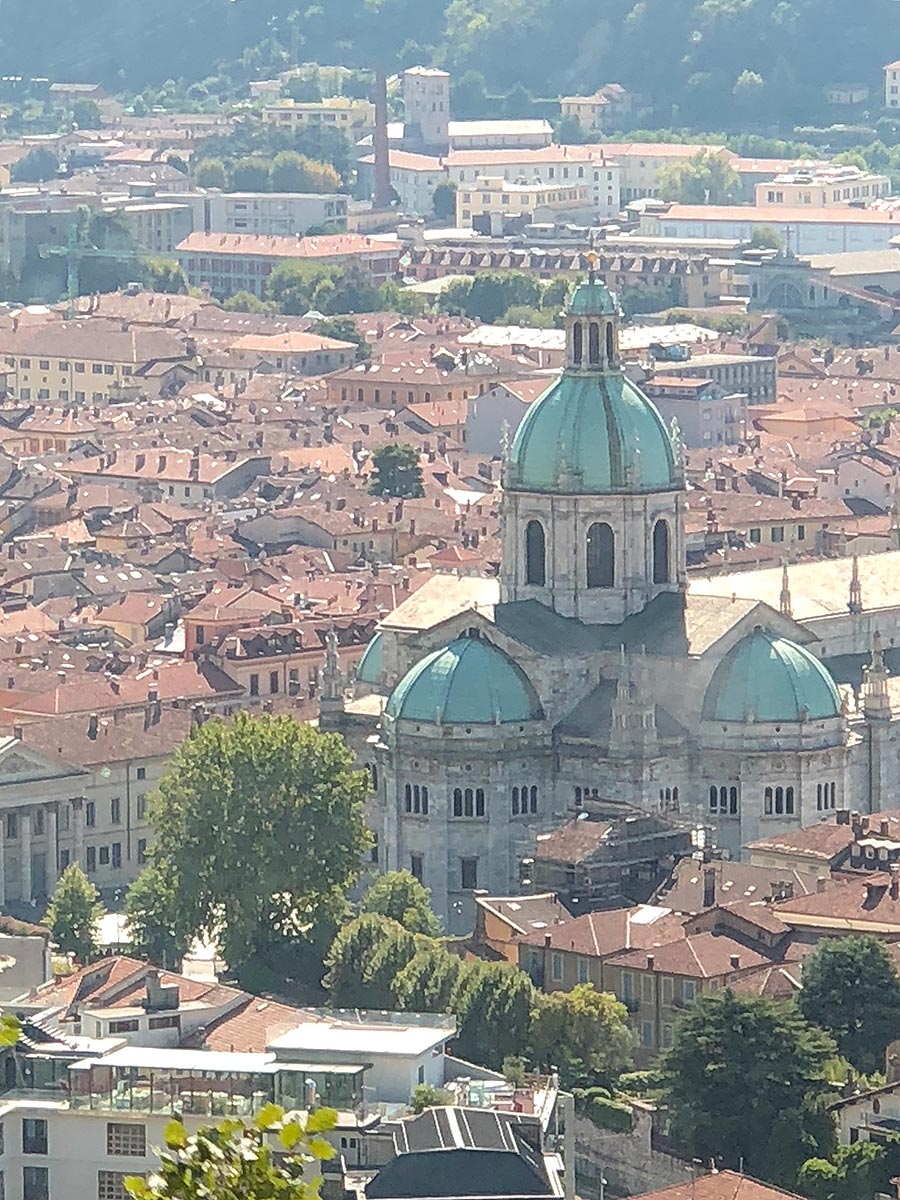 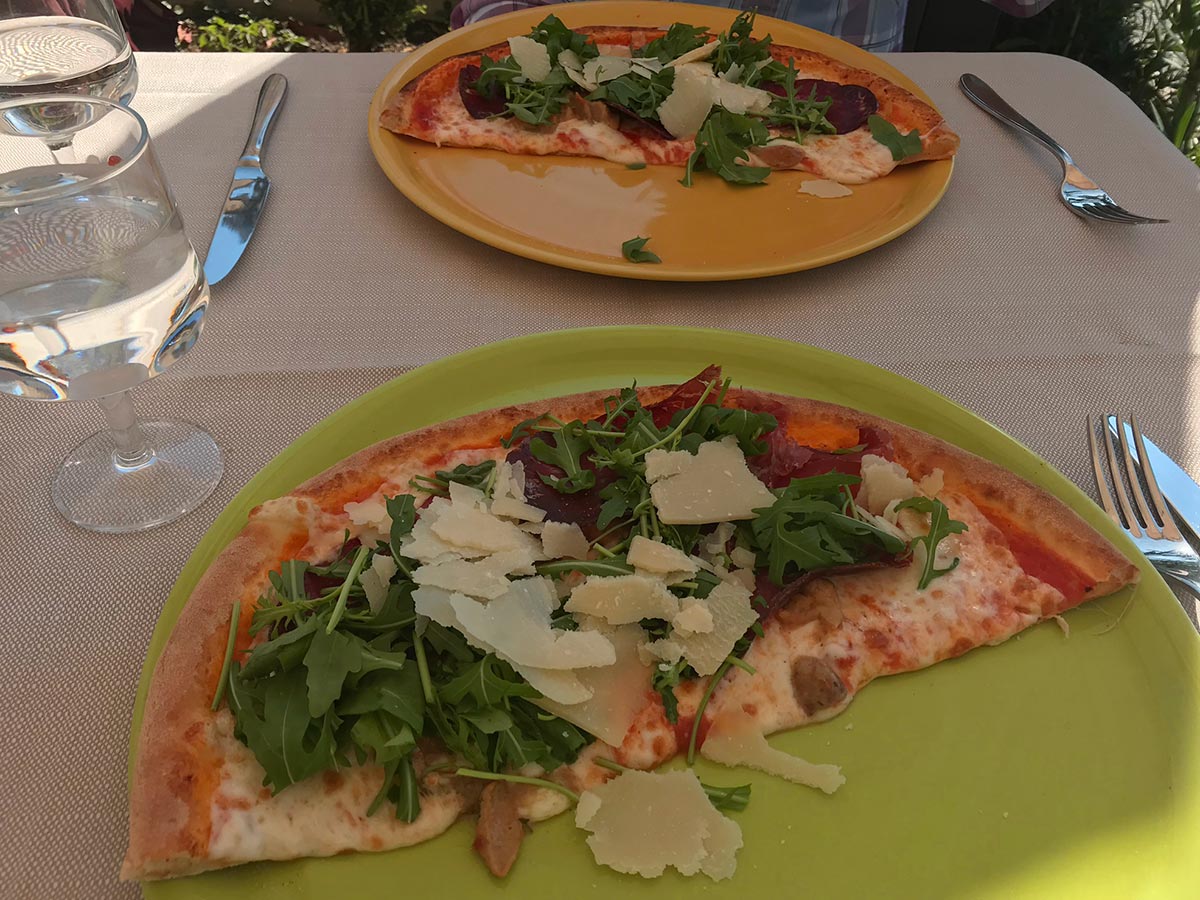 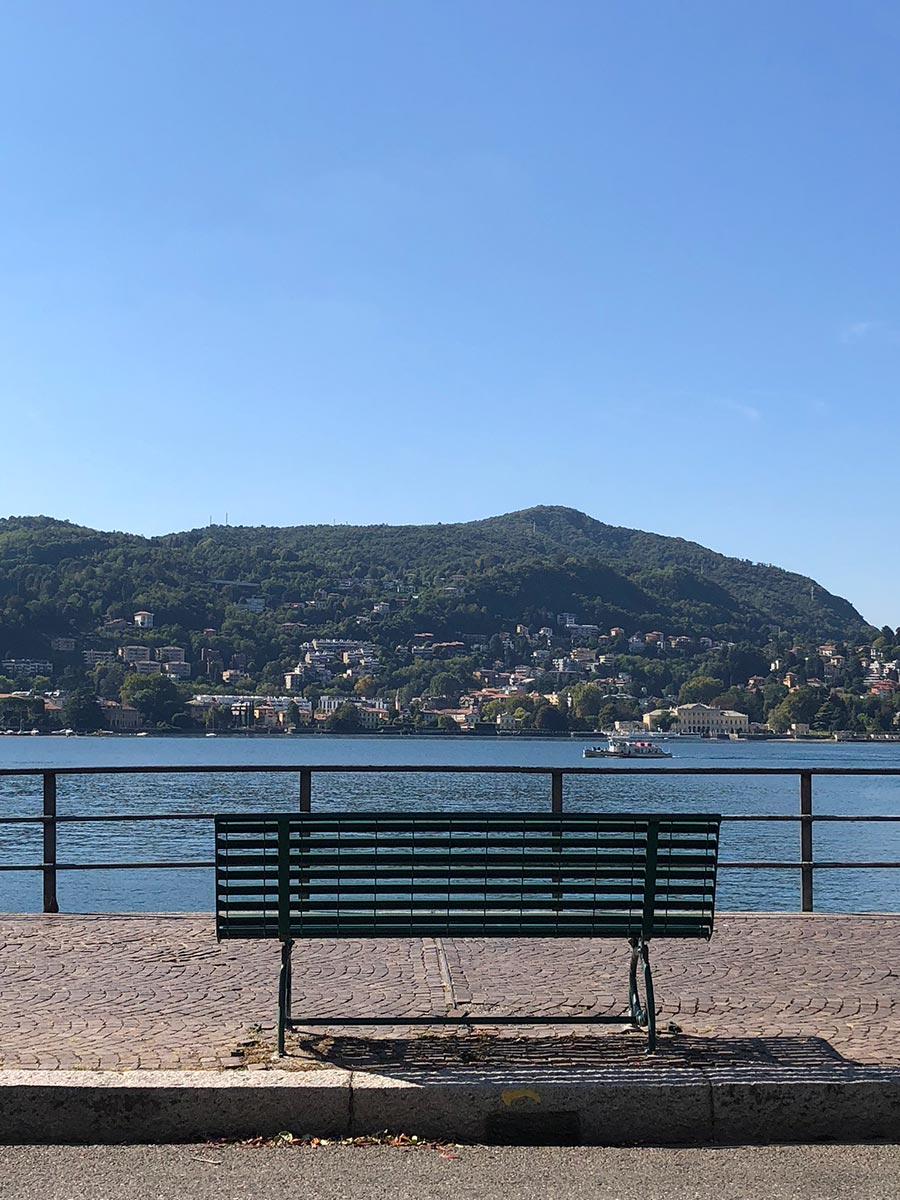 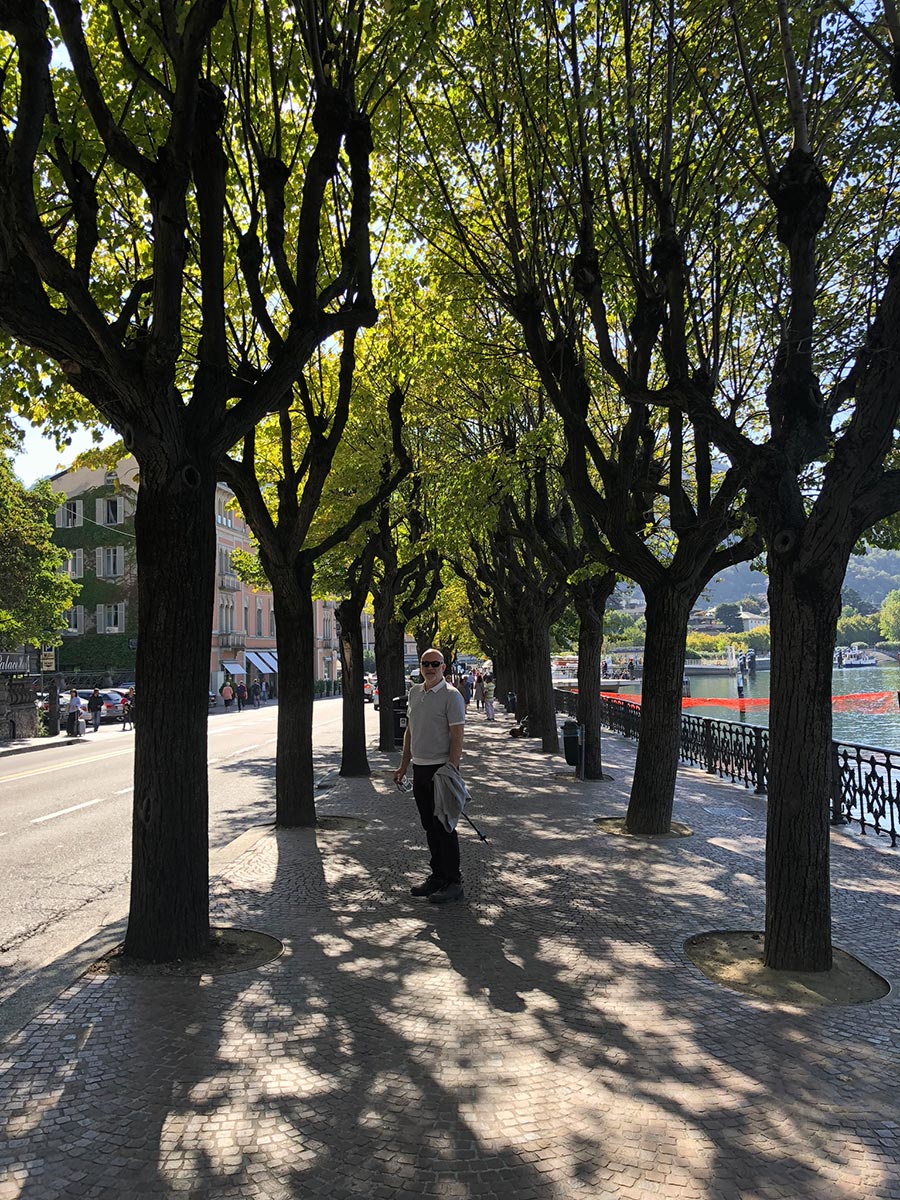 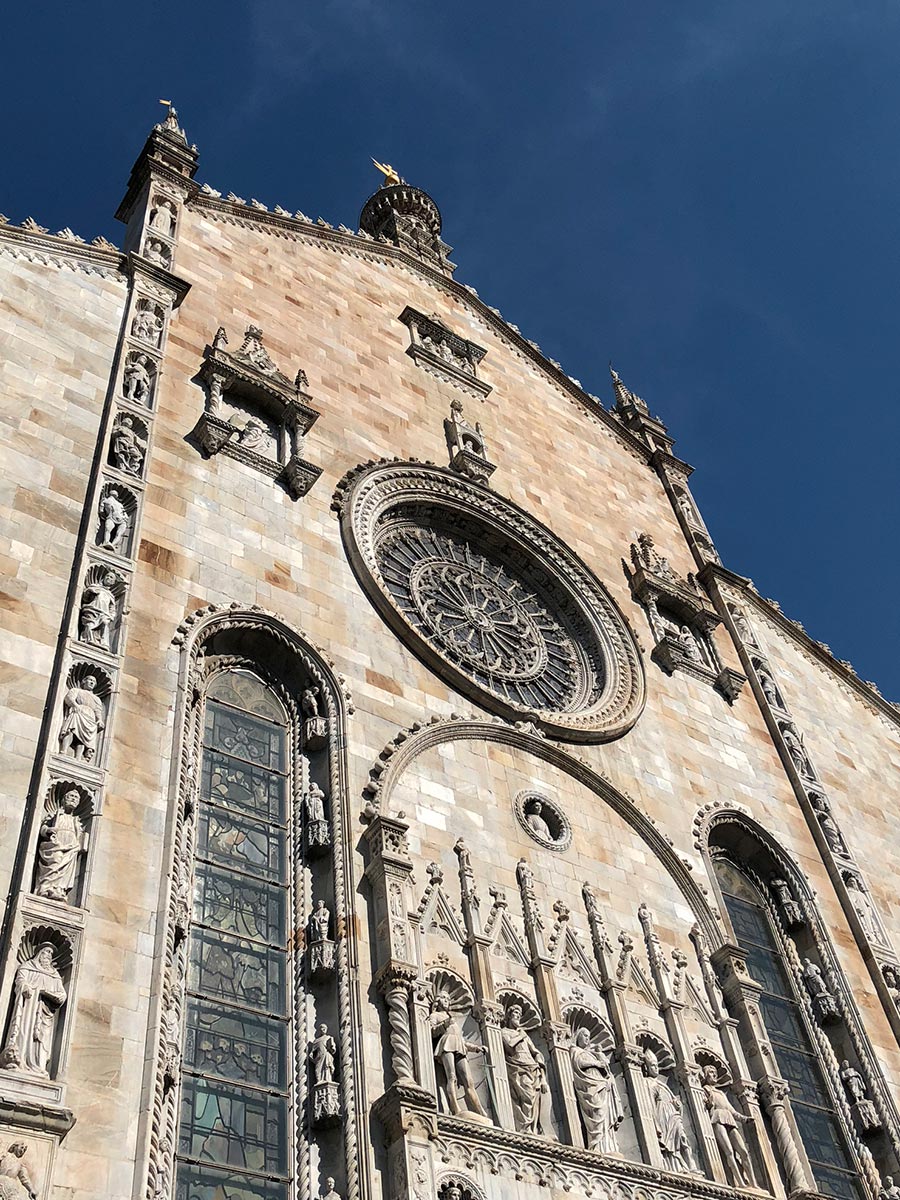 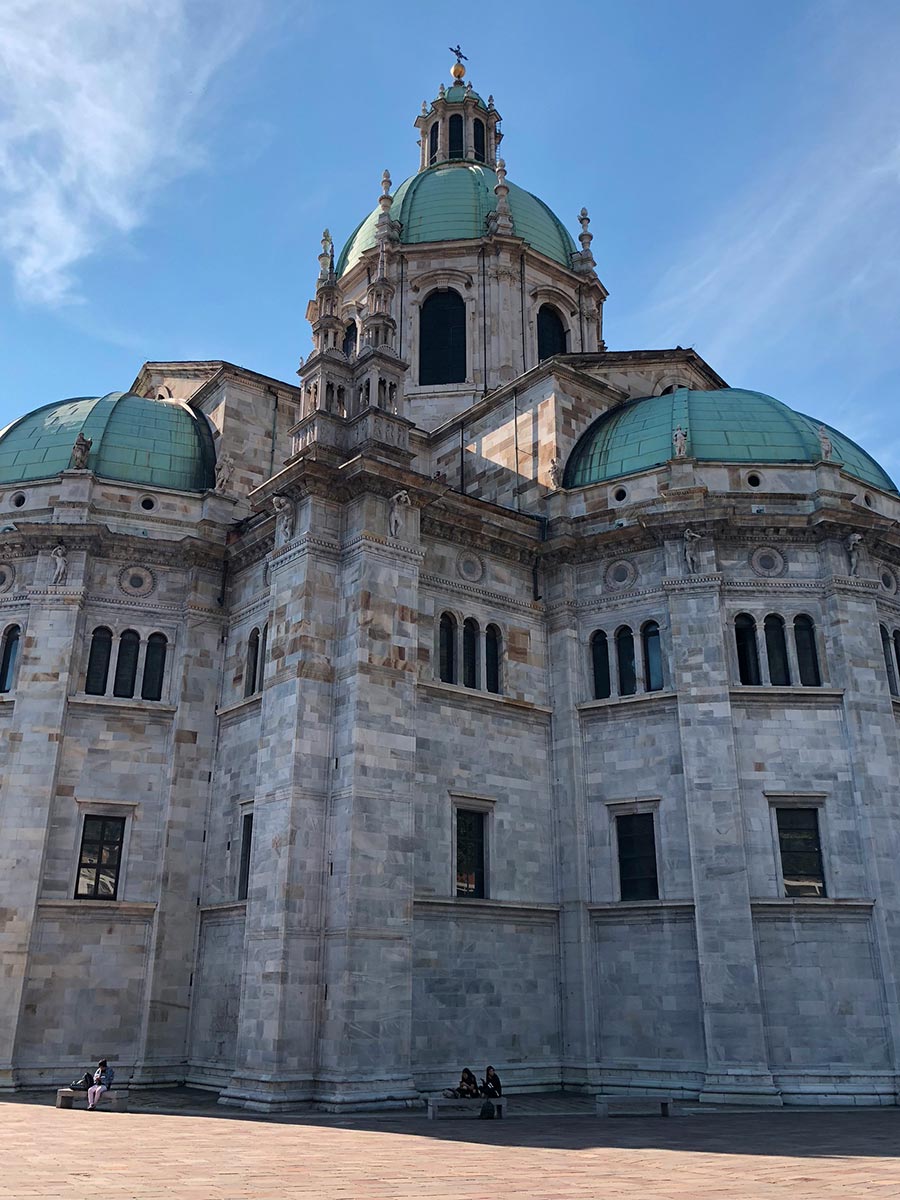 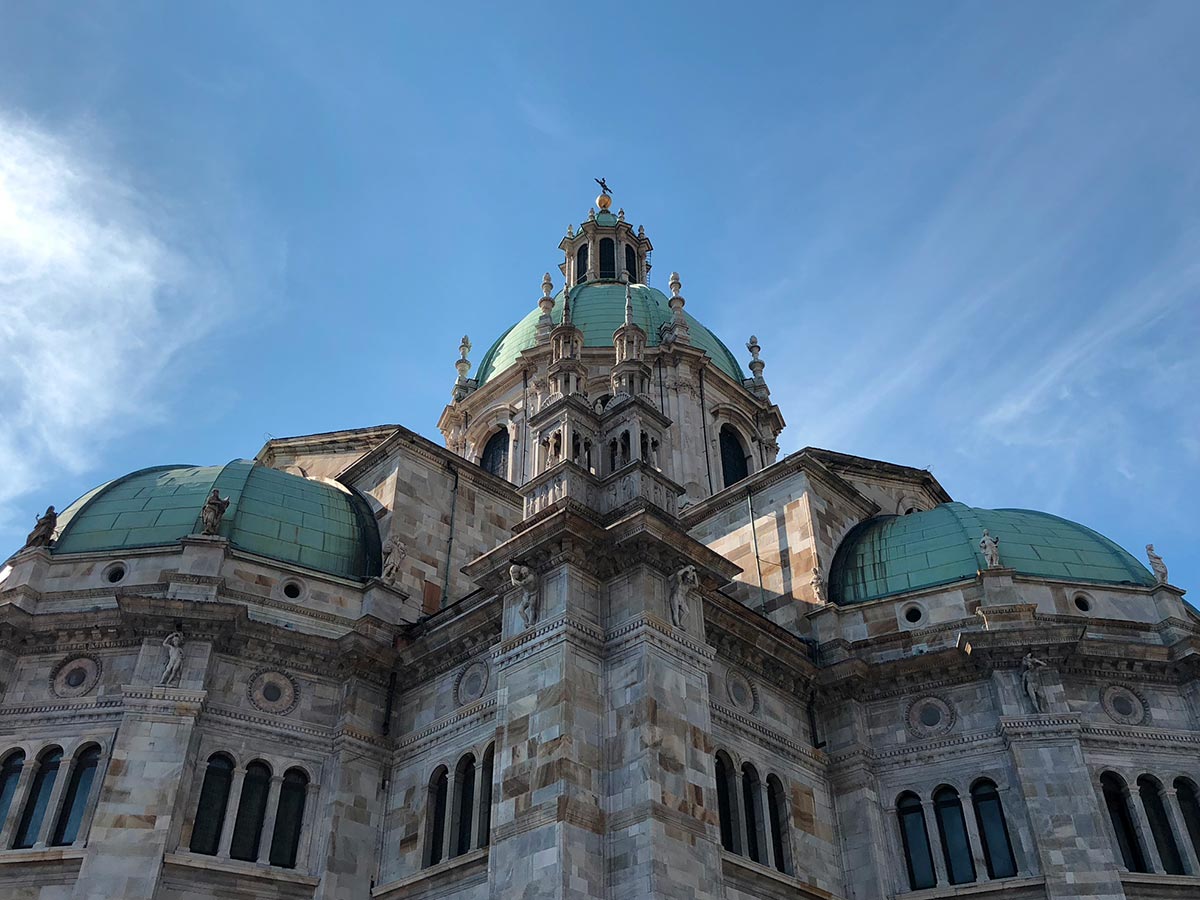 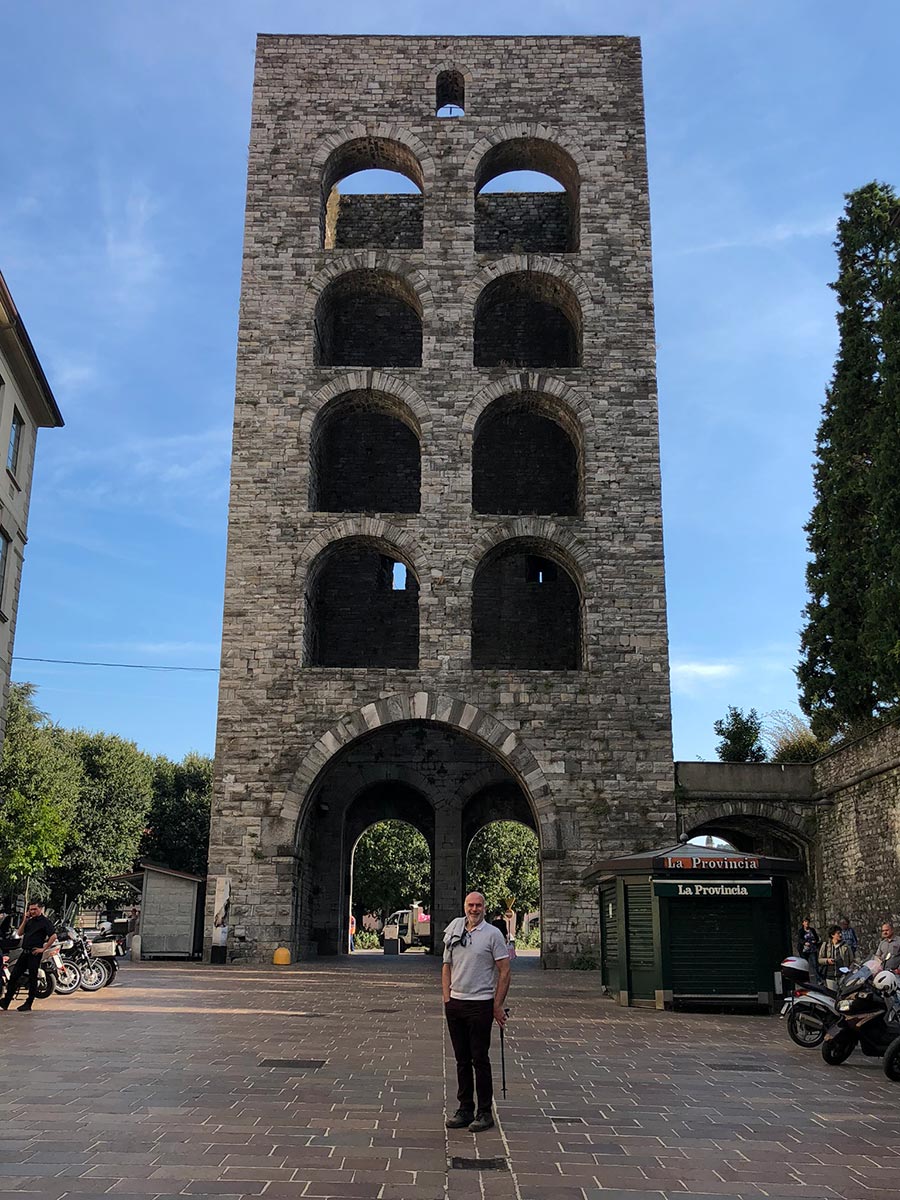 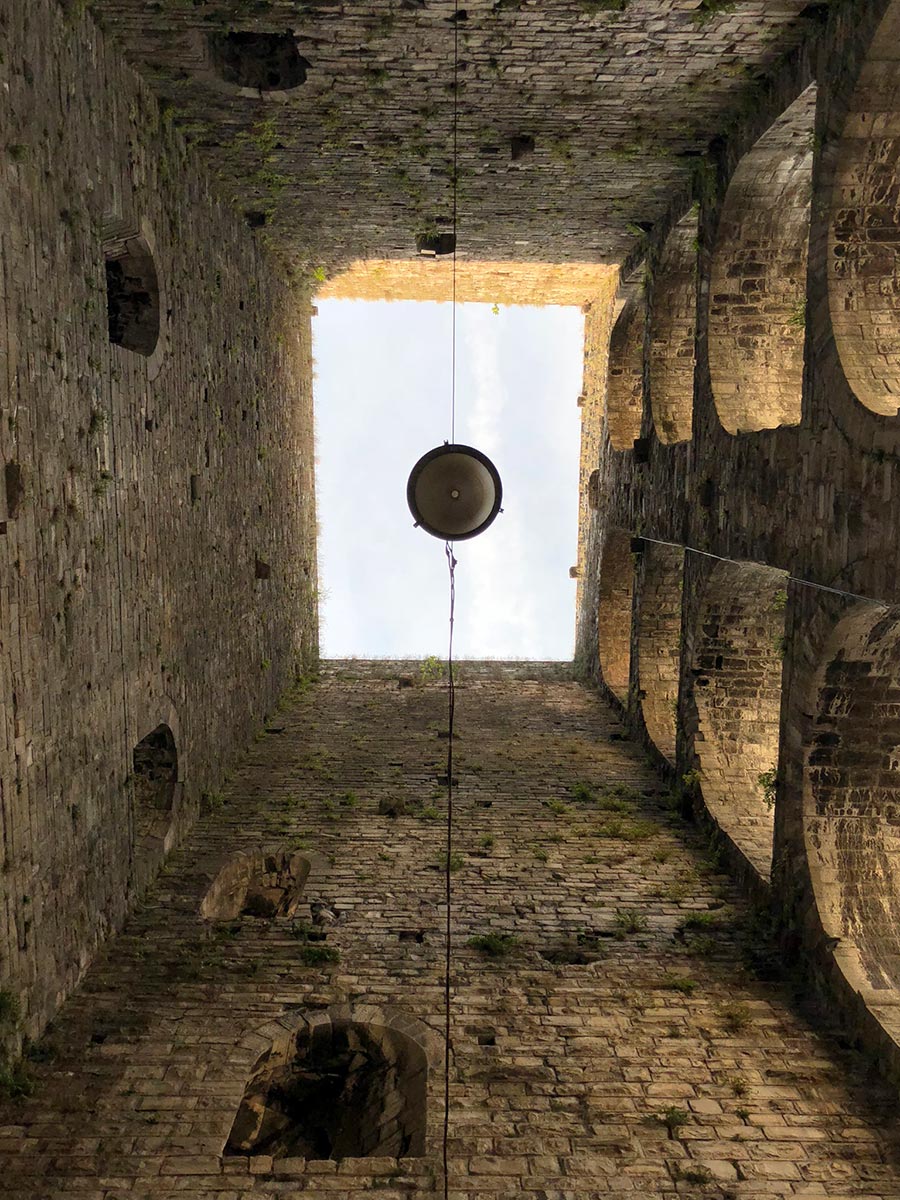 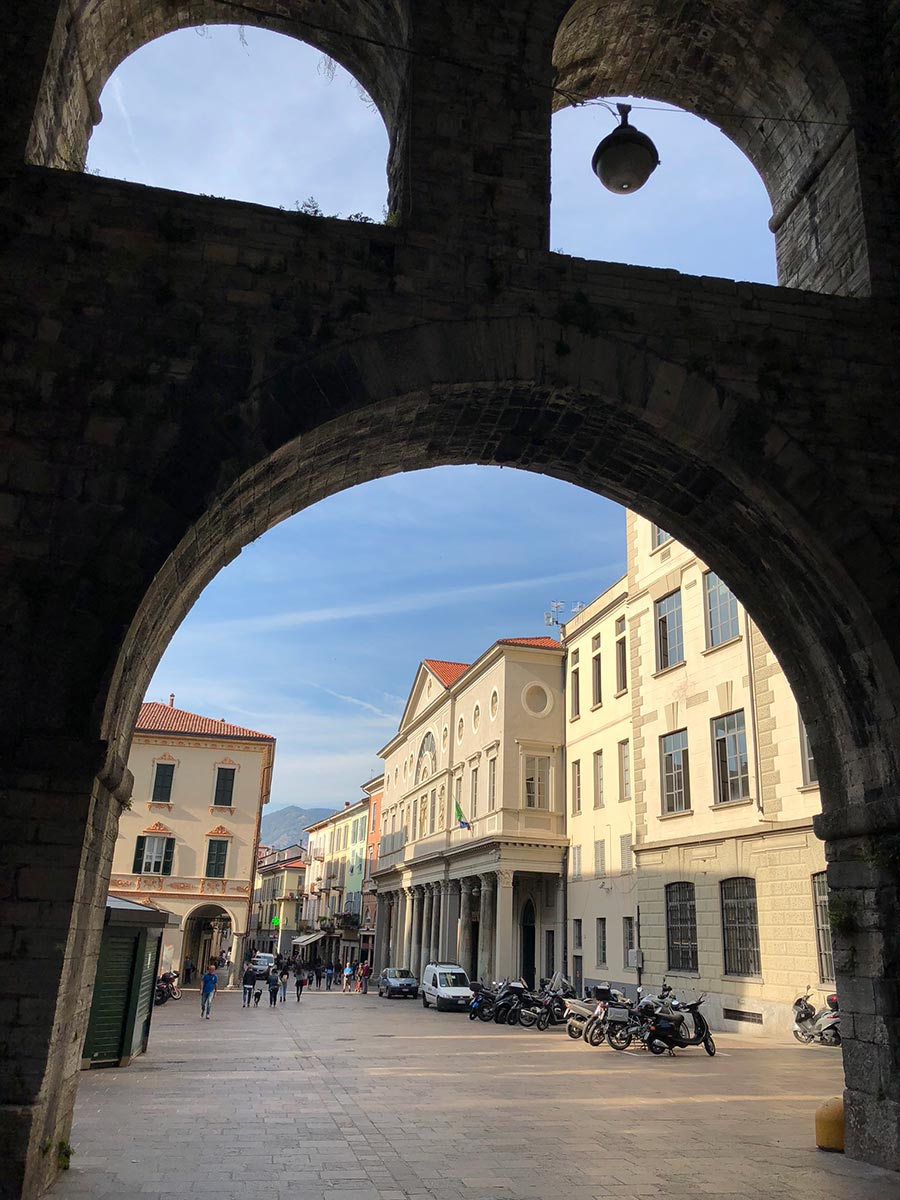 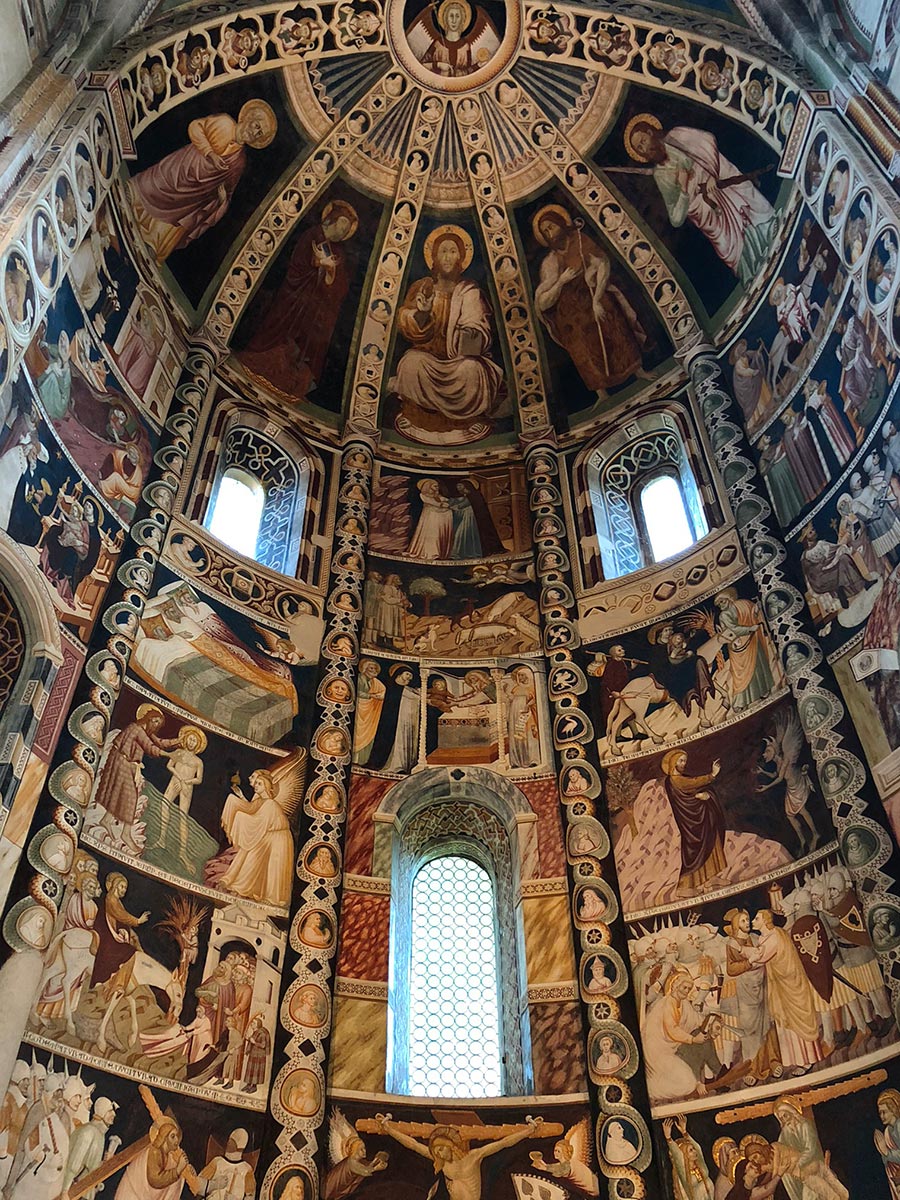 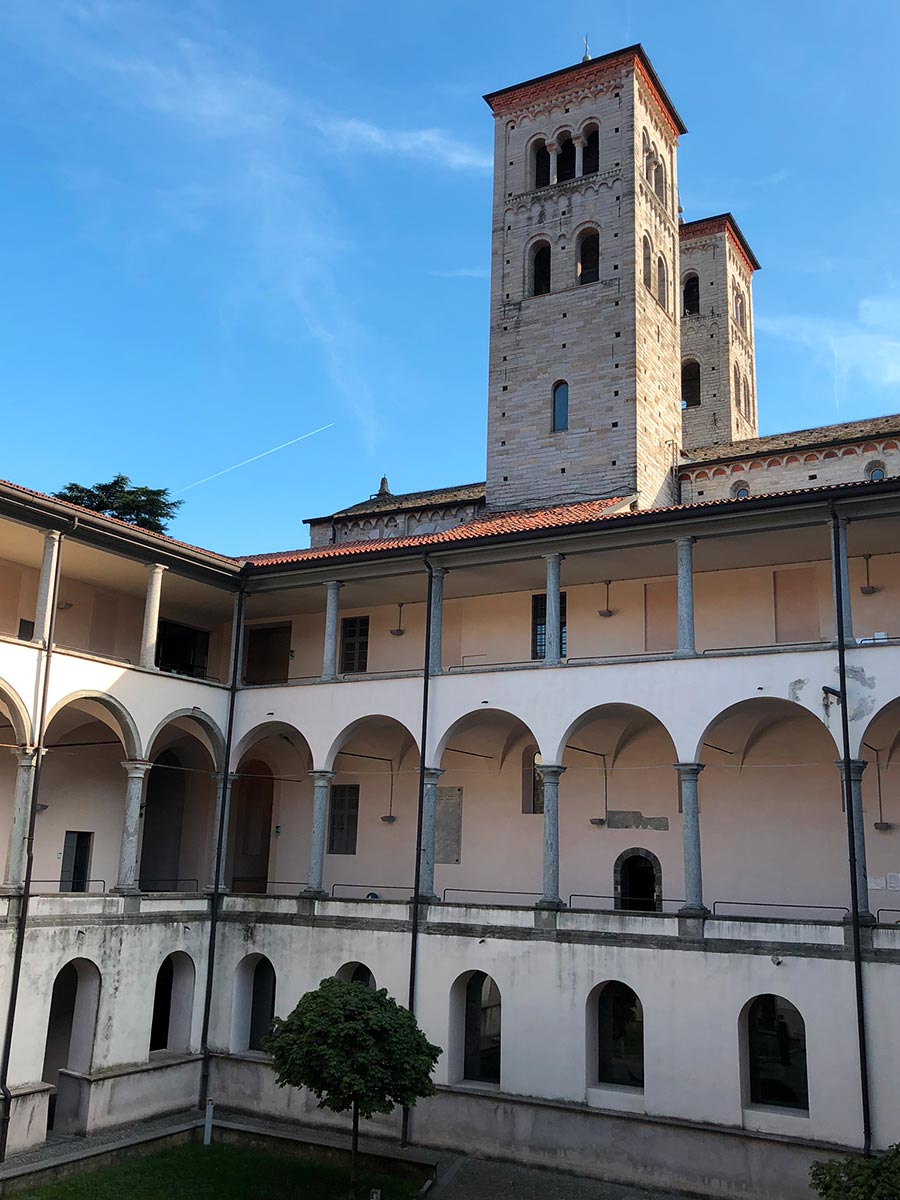