The Well-Traveled Fella has a list of set criteria when choosing a hotel. I like a clean and modern design throughout, at least a 4.5 Google star rating, a free-standing shower, a king-size bed (when travelling with Charles), a decent view, a room with at least 300 square feet of space, and a non-exorbitant price tag. In searching for a hotel in and around Lake Como, I found it particularly challenging to uncover options that met my standards. There are many low-budget albergos and pensiones that are charming I’m sure, but the pictures revealed stodgy, outdated designs and bathrooms with only a tub for bathing (typical throughout Europe). There are also numerous high-end options with lake-front acreage and lavish interiors—and room rates starting at $1,000 per night. No thanks.

One evening while Googlemapping the Italian Lakes region, I stumbled upon Filario Hotel & Residences, a newer property on the shores of Lake Como. After reading several articles about the hotel, I learned that Filario opened its doors in 2015 following five years of precise and detailed construction. The name Filario is a portmanteau of filo—the Italian word for “thread”, paying homage to the region’s heritage as a leader in silk production—and Lario—the old Latin name for Lake Como. The entry-level Superior rooms are just over 375 square feet with private lakeview terraces, rainfall showers, and during the time of our visit in September, a price tag of around $400 per night. Having met all of my criteria, I went ahead and booked a room for five nights.

Upon arrival, I quickly discovered the savviness that went into formulating the name Filario can also be found in smart, subtle details throughout the property. The hotel sits on the former site of a wire factory in the sleepy hamlet of Lezzeno, and is conveniently located on the SP583, the main road that spans the Larian Triangle. While half of the property abuts the side of a mountain, all rooms and spaces manage to feel light and airy, and maximize the expansive views of the lake. Occupying the six-story main building is the lobby, 13 guest rooms, a small gym, and Filo, the hotel restaurant. Another building houses eight one-to-three bedroom residences and sits atop the hotel’s private parking garage. The two buildings are separated by a heated infinity-edge pool, a private beach, and a dock.

Our Superior room was perfetto. It featured modern furniture designed and crafted by local artisans, a king-size bed with a firm mattress (both Charles’ and my preference), ample storage for clothing and shoes, a 50” Samsung Smart TV, good and free WiFi, Frette linens, a sleek bathroom with, as promised, a large free-standing rainfall shower, and the pièce de résistance—a private, furnished terrace with breathtaking views of the lake and the surrounding mountains. With only three rooms per floor, our stay was peaceful, quiet, and utterly relaxing.

The restaurant, Filo, served an expansive and yummy breakfast buffet. We ate lunch there on two separate occasions, and the pizza we had was arguably the best pizza we ate on the trip. It is also open for dinner, which I heard from other guests was delicious and quite festive. The staff was extremely accommodating and helped make arrangements for dinners at nearby restaurants and a solo boat excursion, which ended up being the highlight of our trip.

Lezzeno proper has its own ferry terminal but is not a primary port, and thus it only receives around five batelli per day. However, just five miles north is Bellagio, an incredibly charming town located at the tip of the Larian Triangle, which receives many more passenger ferries plus traghetti—car ferries that connect the three main shores at the center of the lake. Bellagio is home to several great restaurants along with shopping, villas, gardens, and million-dollar views. Fifteen miles south of Filario is the city of Como with a commanding duomo and a beautiful centro storico filled with boutiques, cafes, and gelaterie. Situated directly across the lake from Lezzeno is the Villa del Balbianello, known for its unique peninsula-like setting and picturesque gardens. The villa is located in the sunny commune of Lenno, bordered to the north by Tremezzo and to the south by Ossuccio and Colonno, which are all connected by the stroll-friendly Greenway del Lago di Como.

It goes without saying that if you plan to visit Lake Como in the near future, the Well-Traveled Fella highly recommends staying at Filario Hotel. 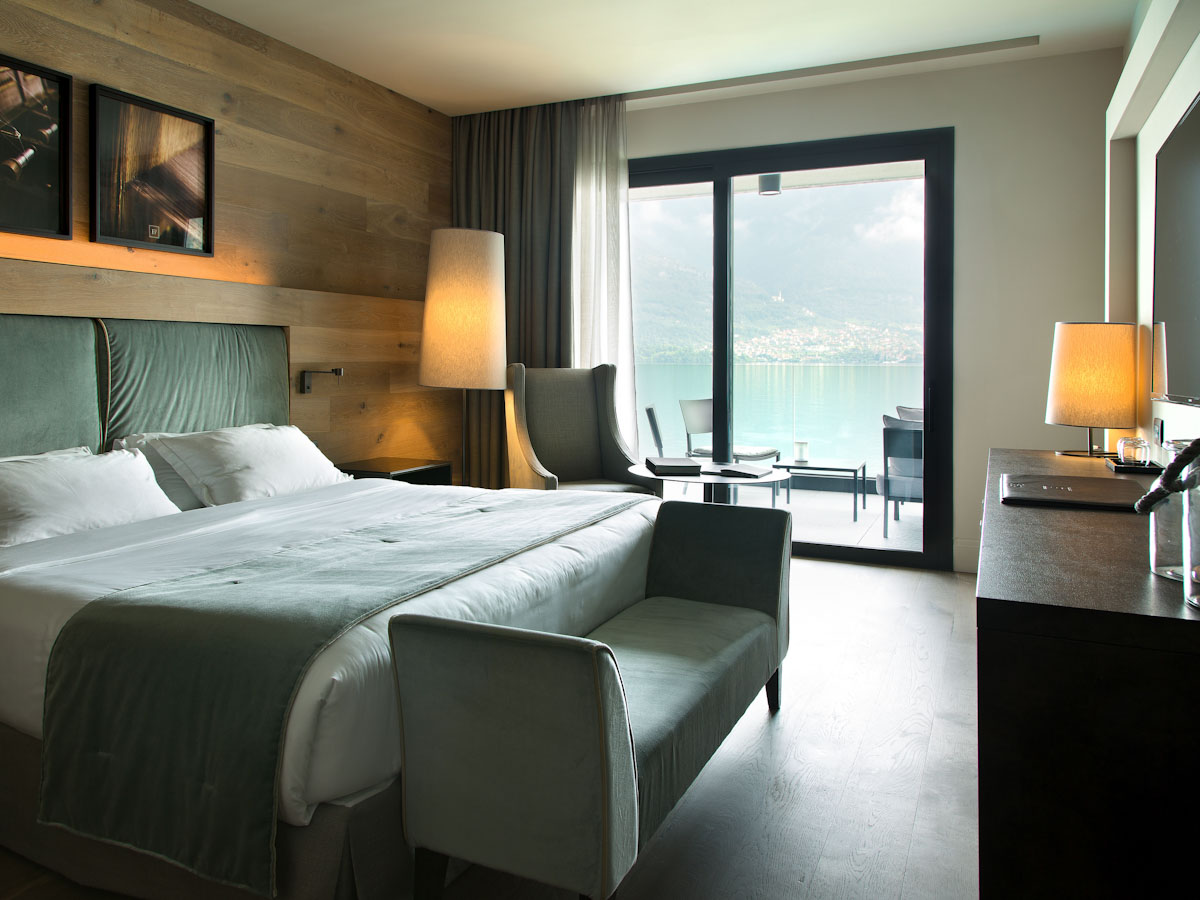 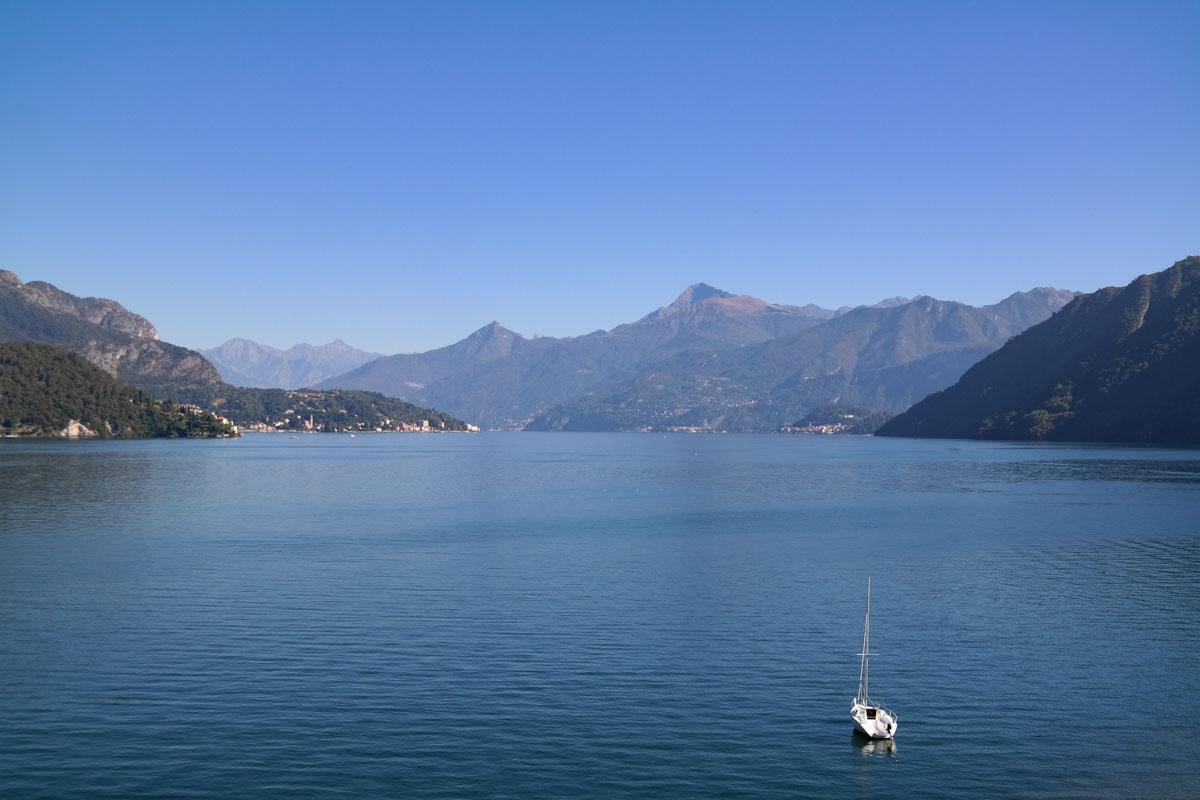 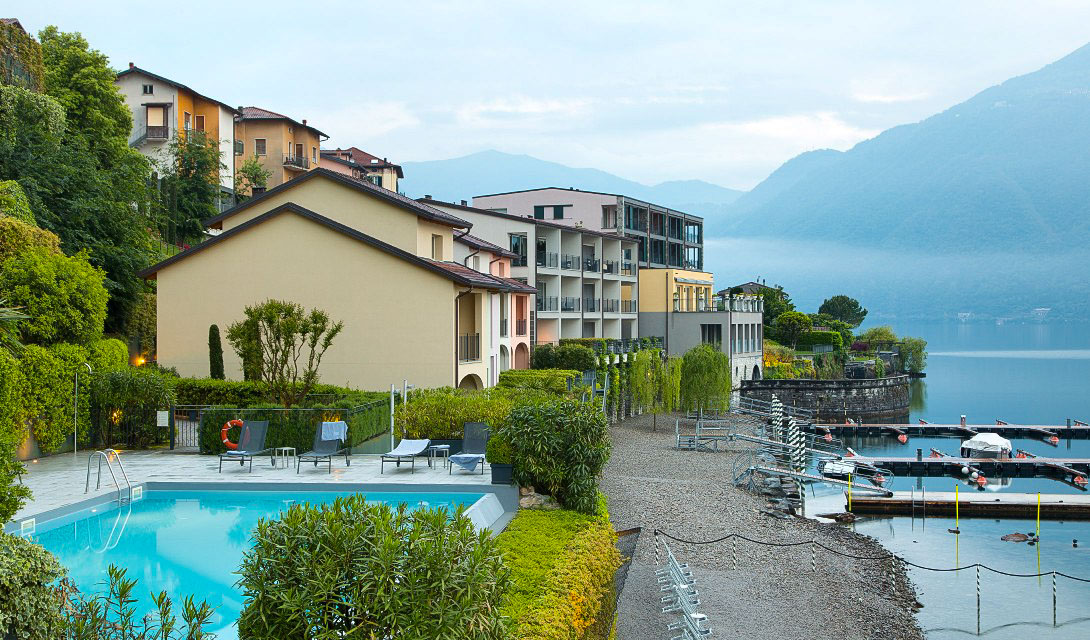 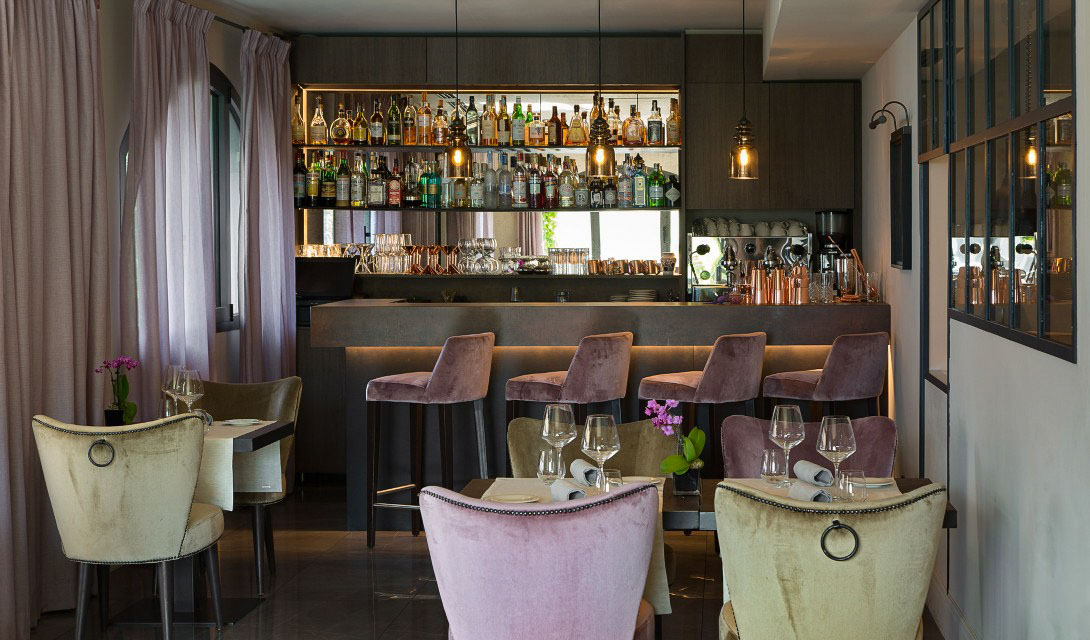 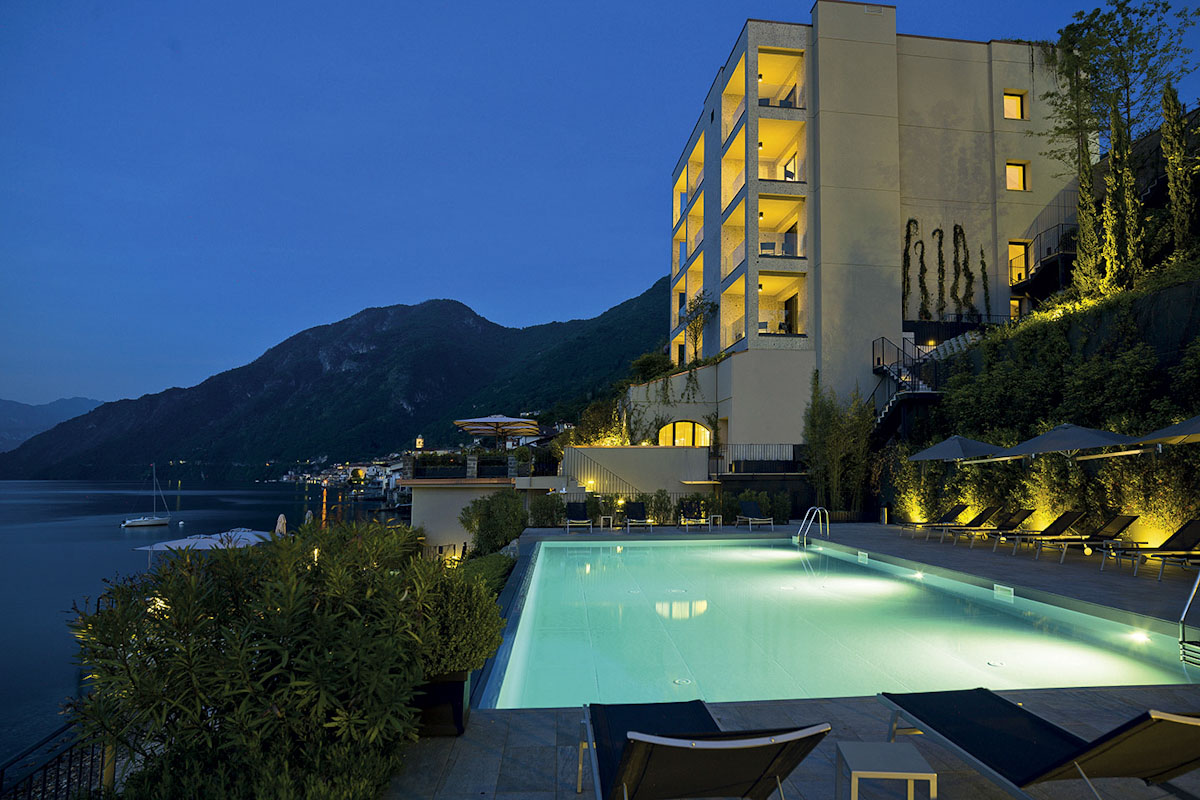 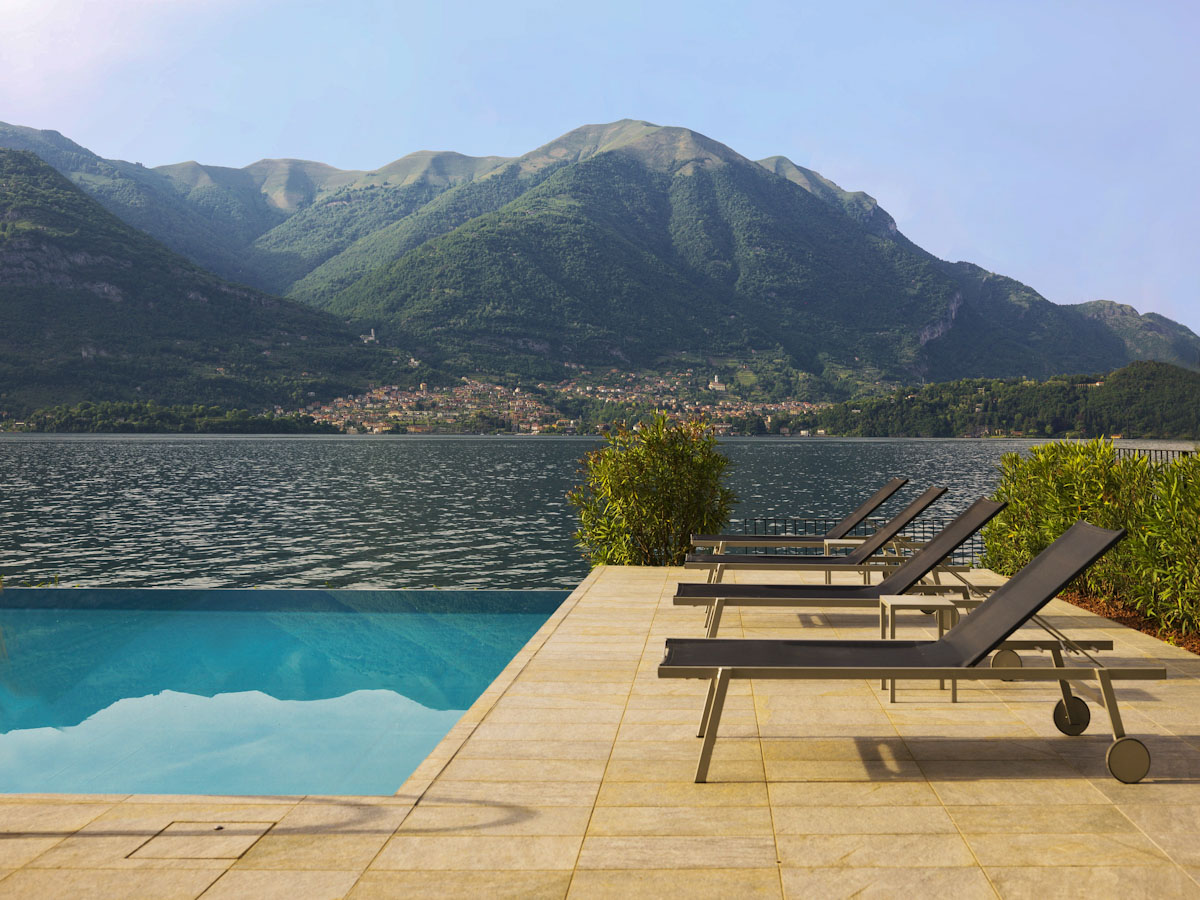