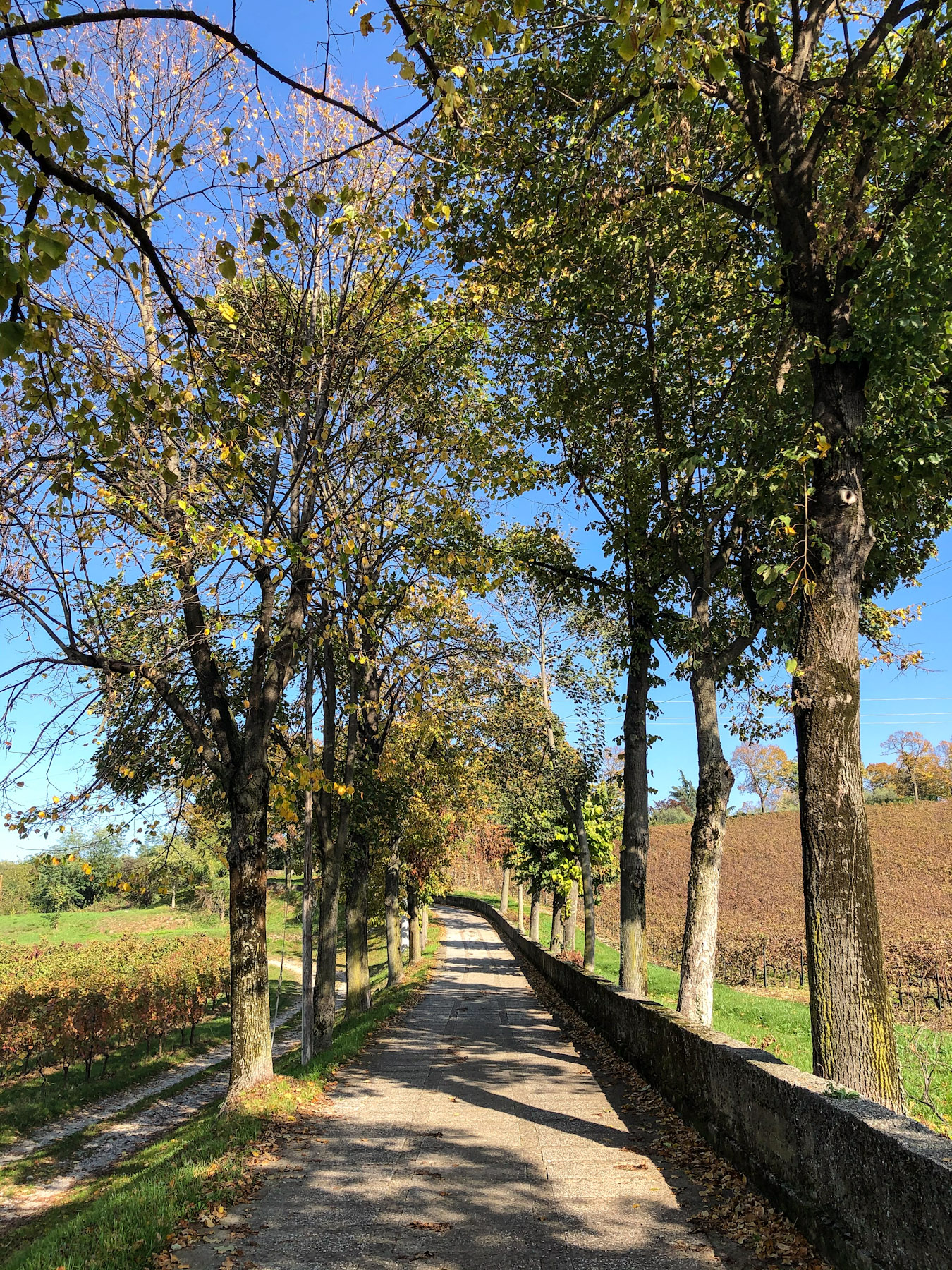 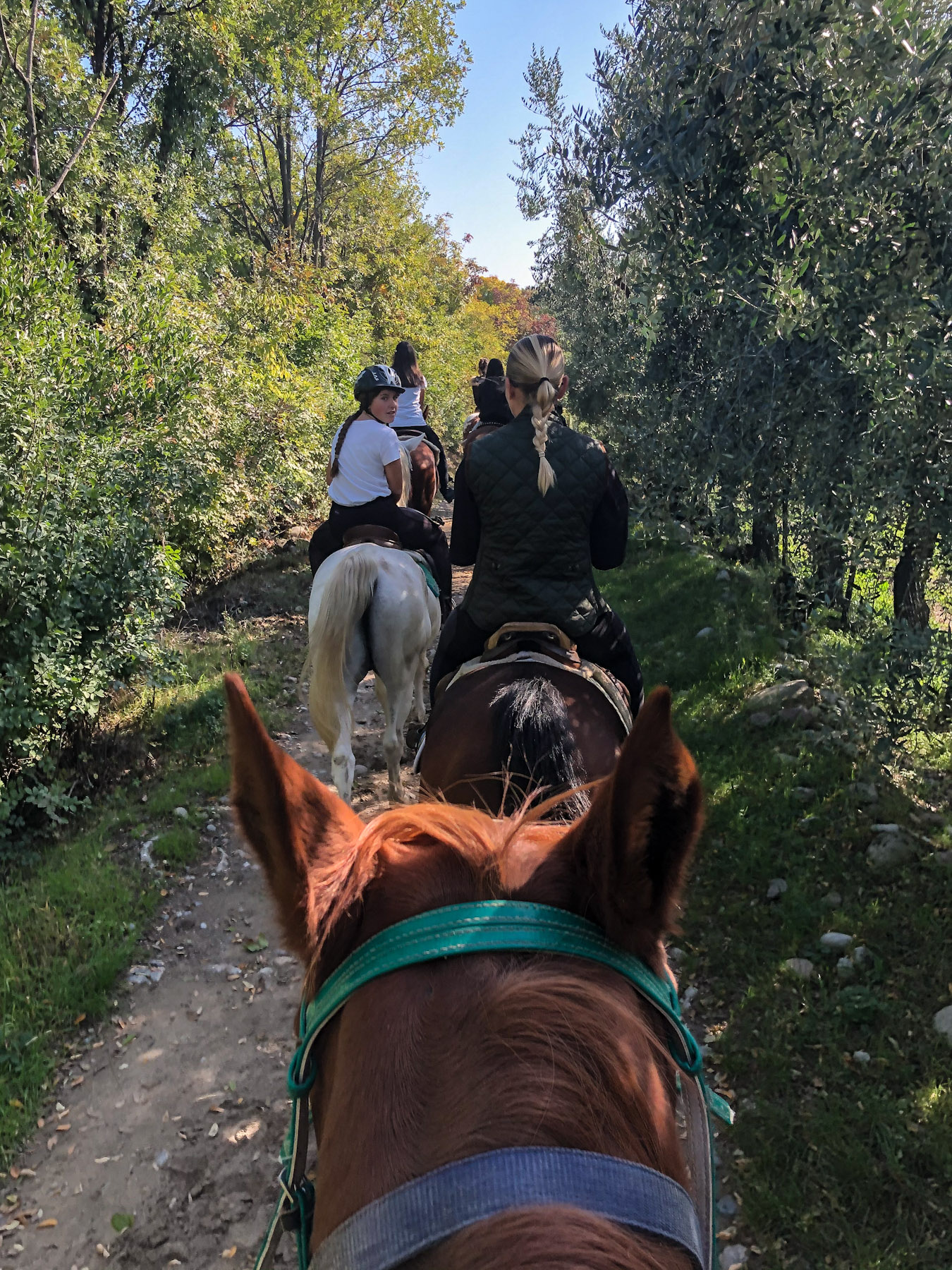 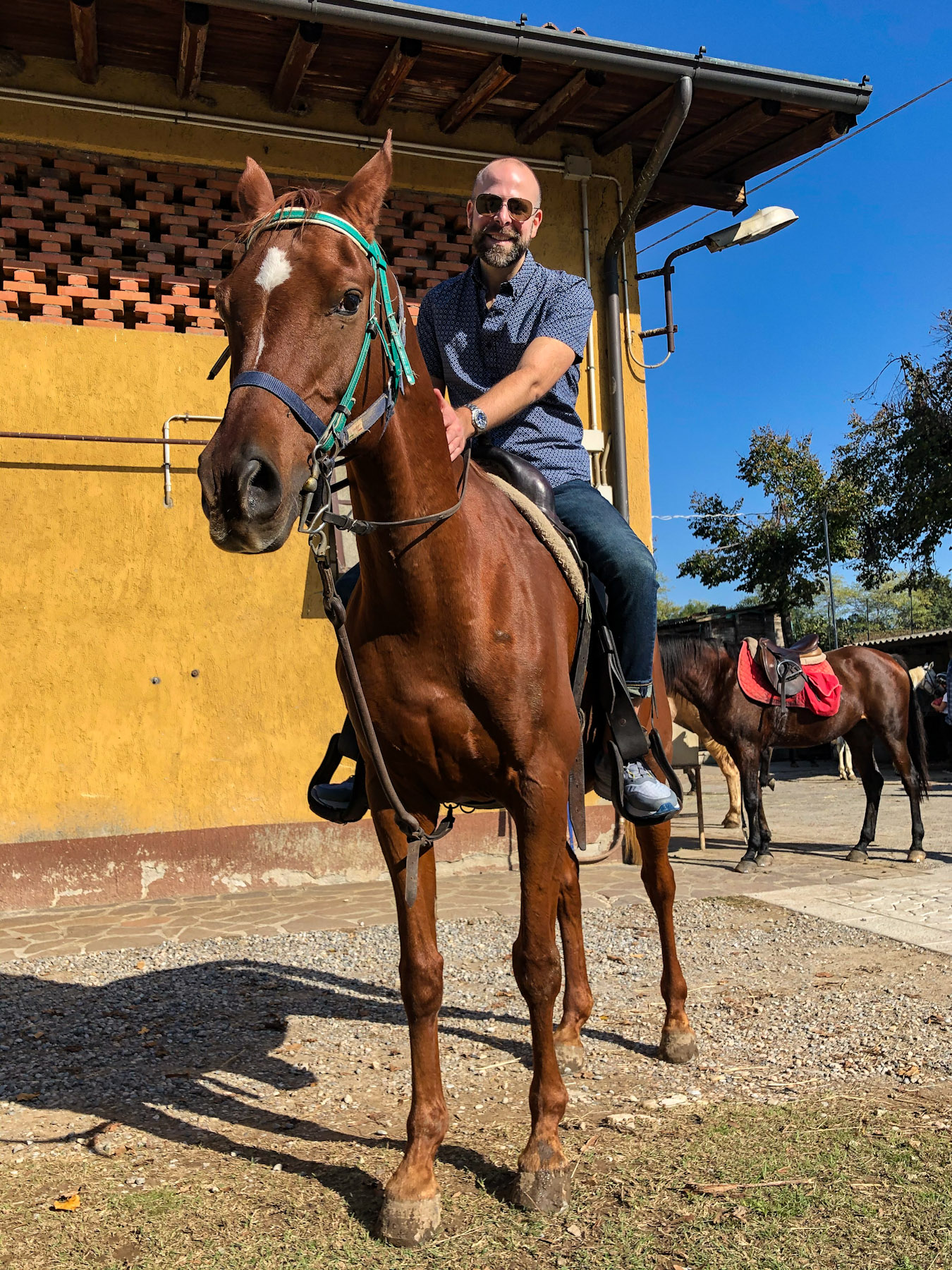 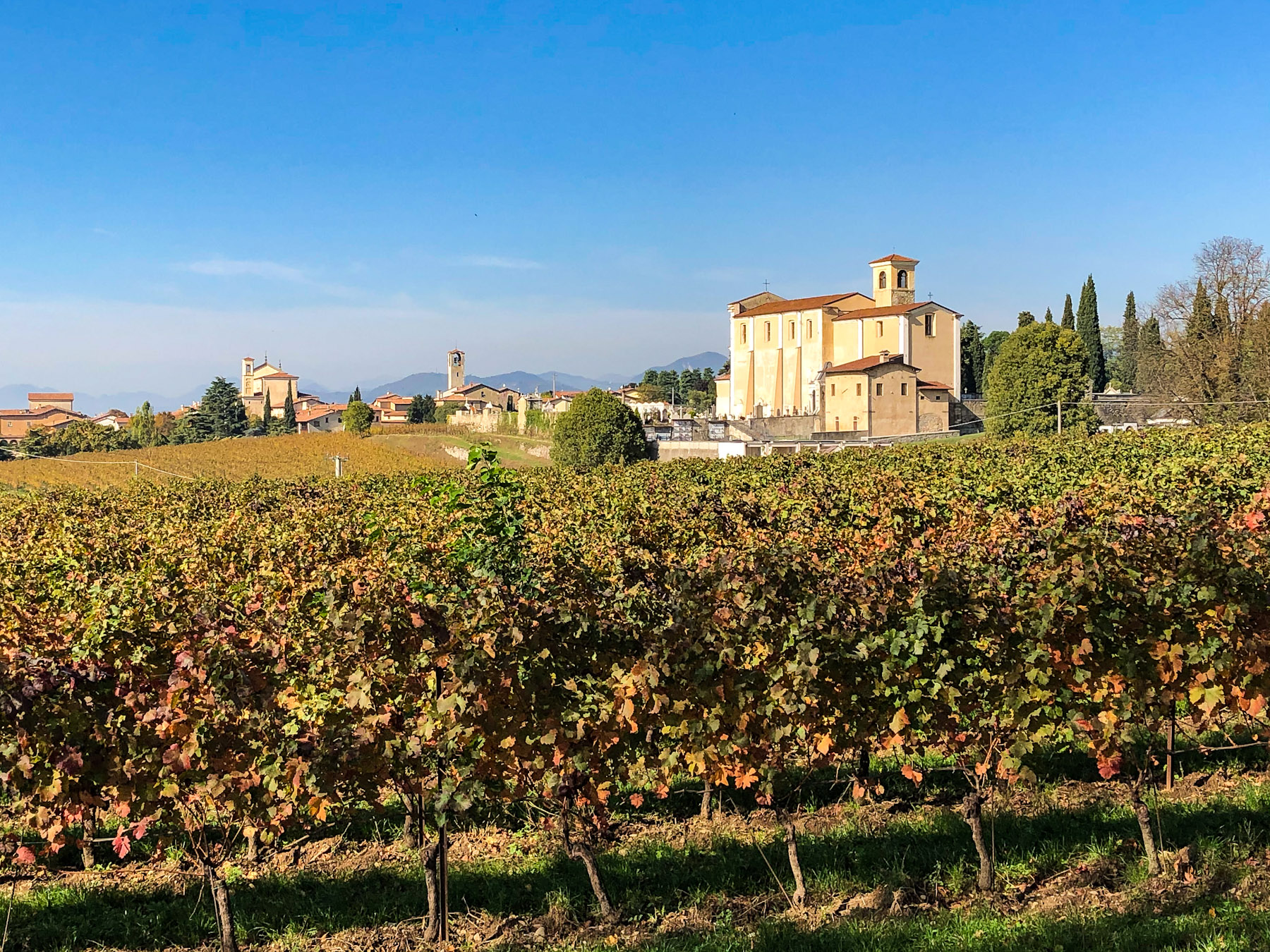 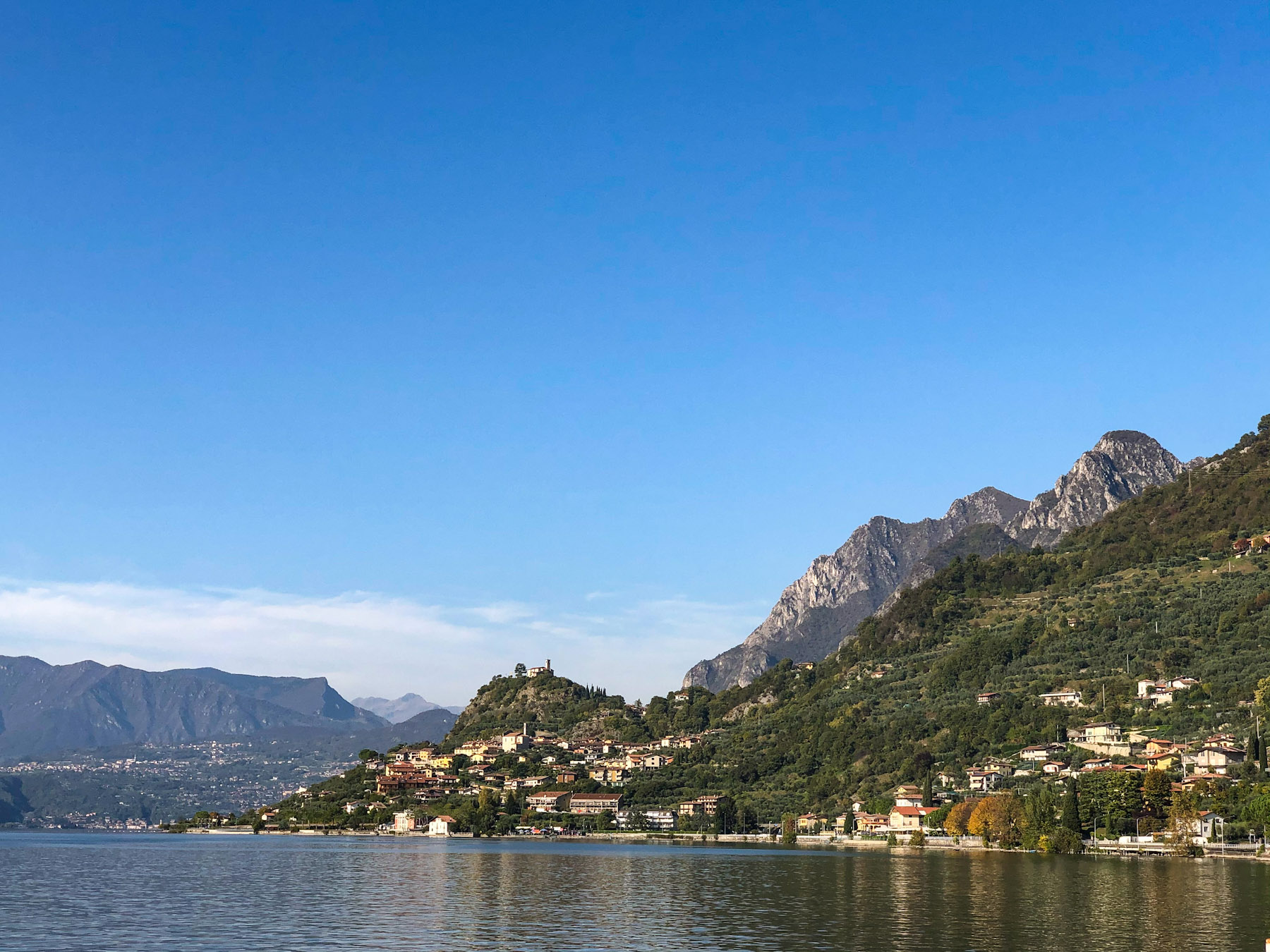 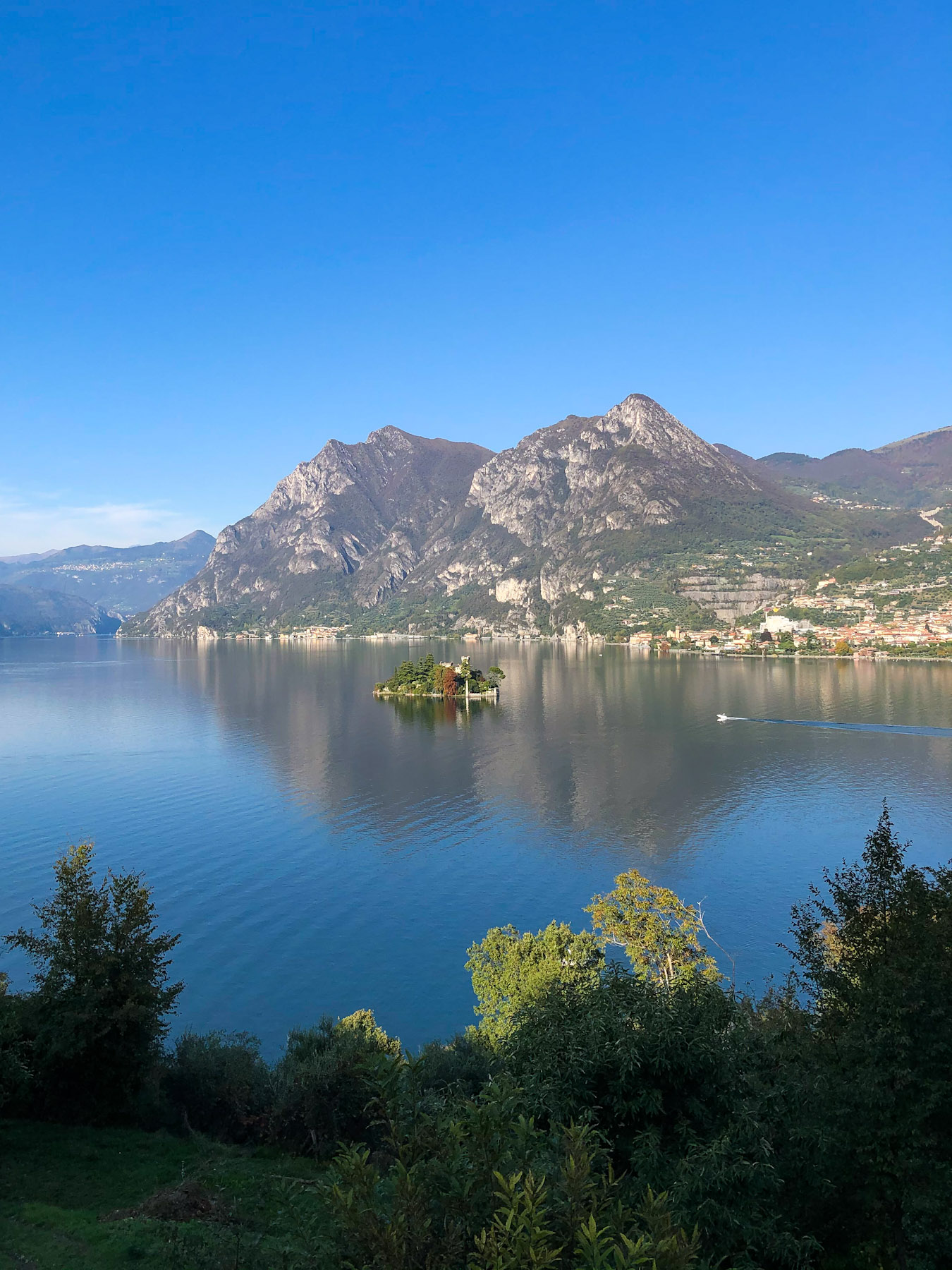 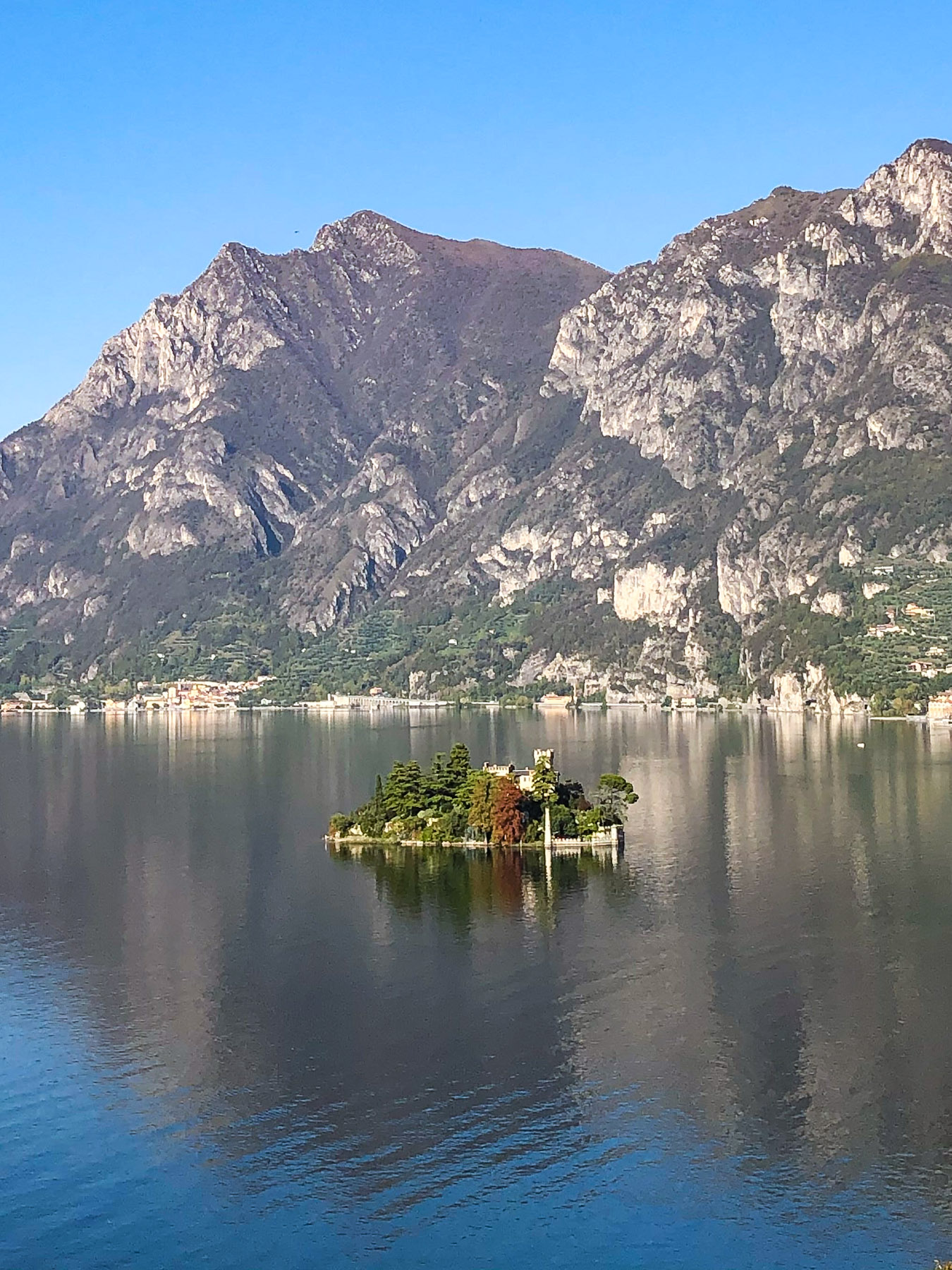 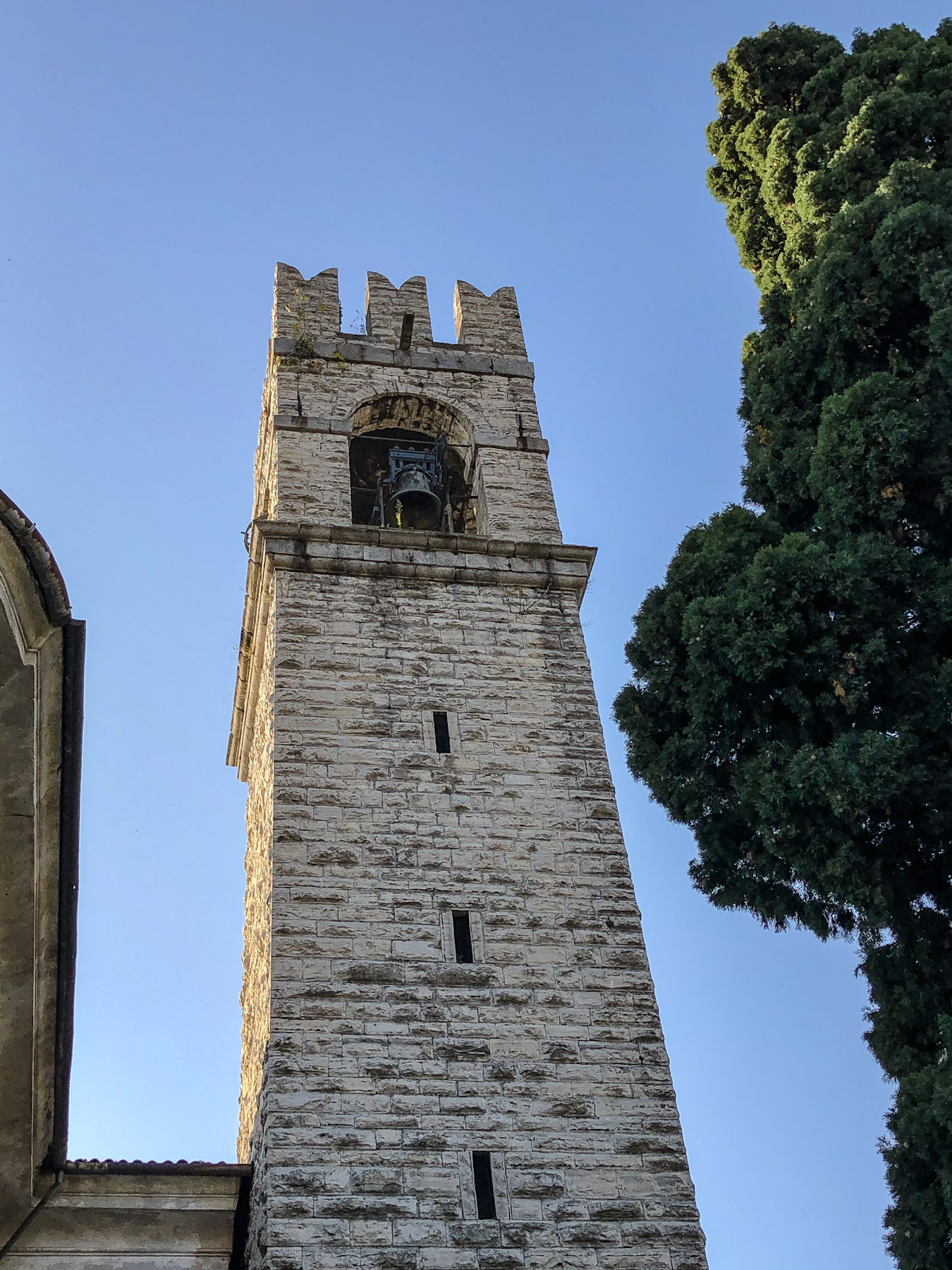 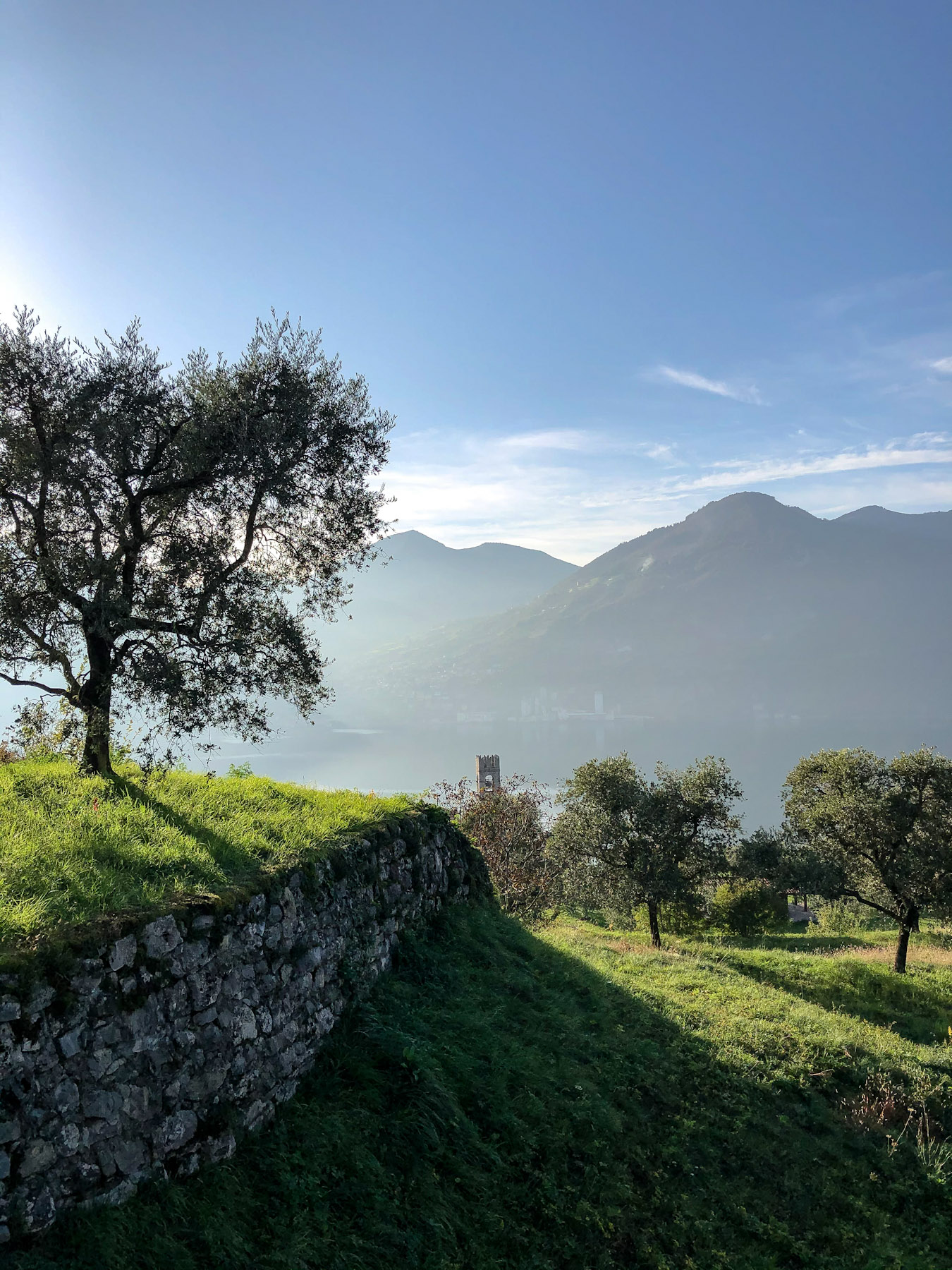 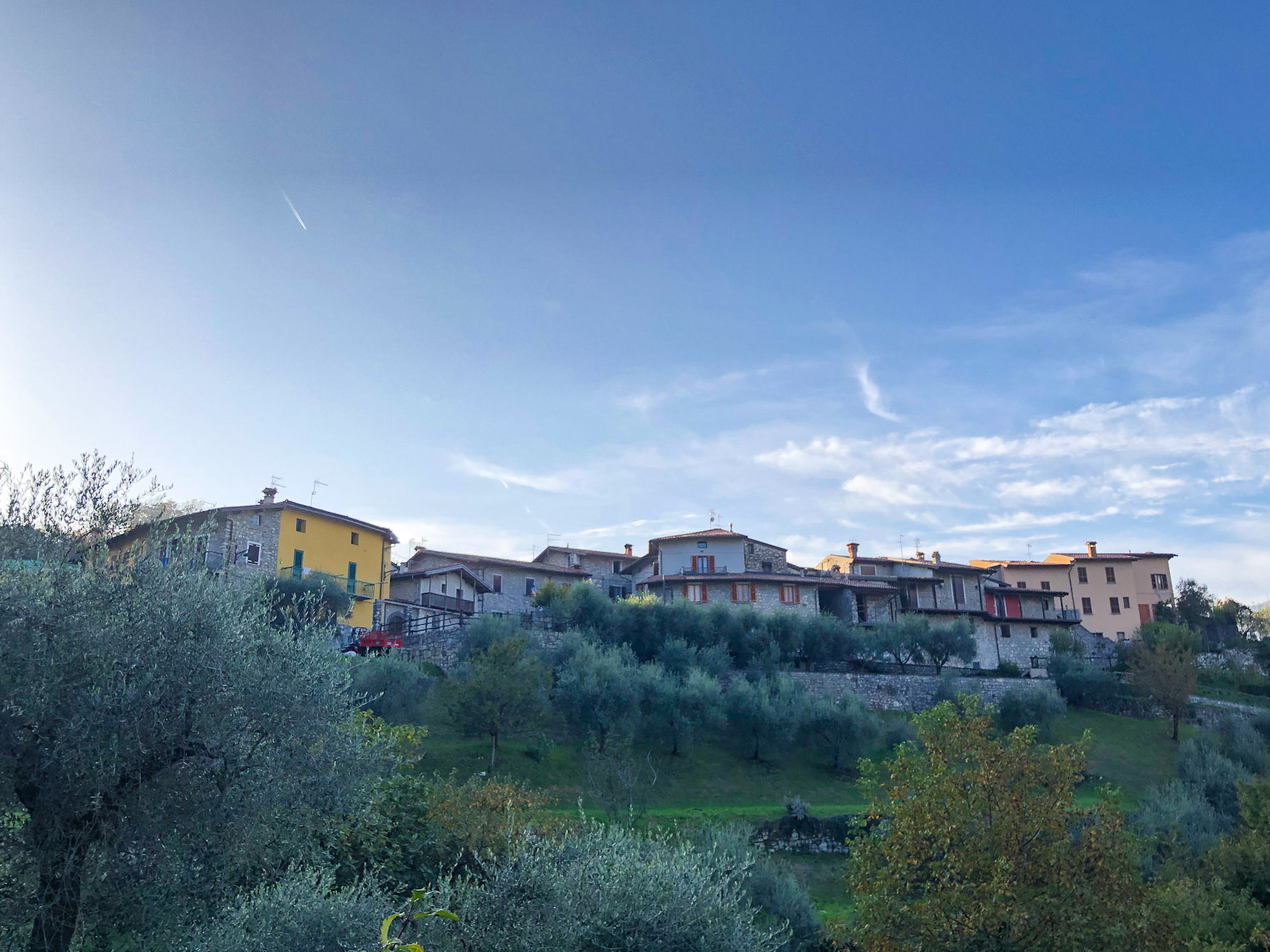 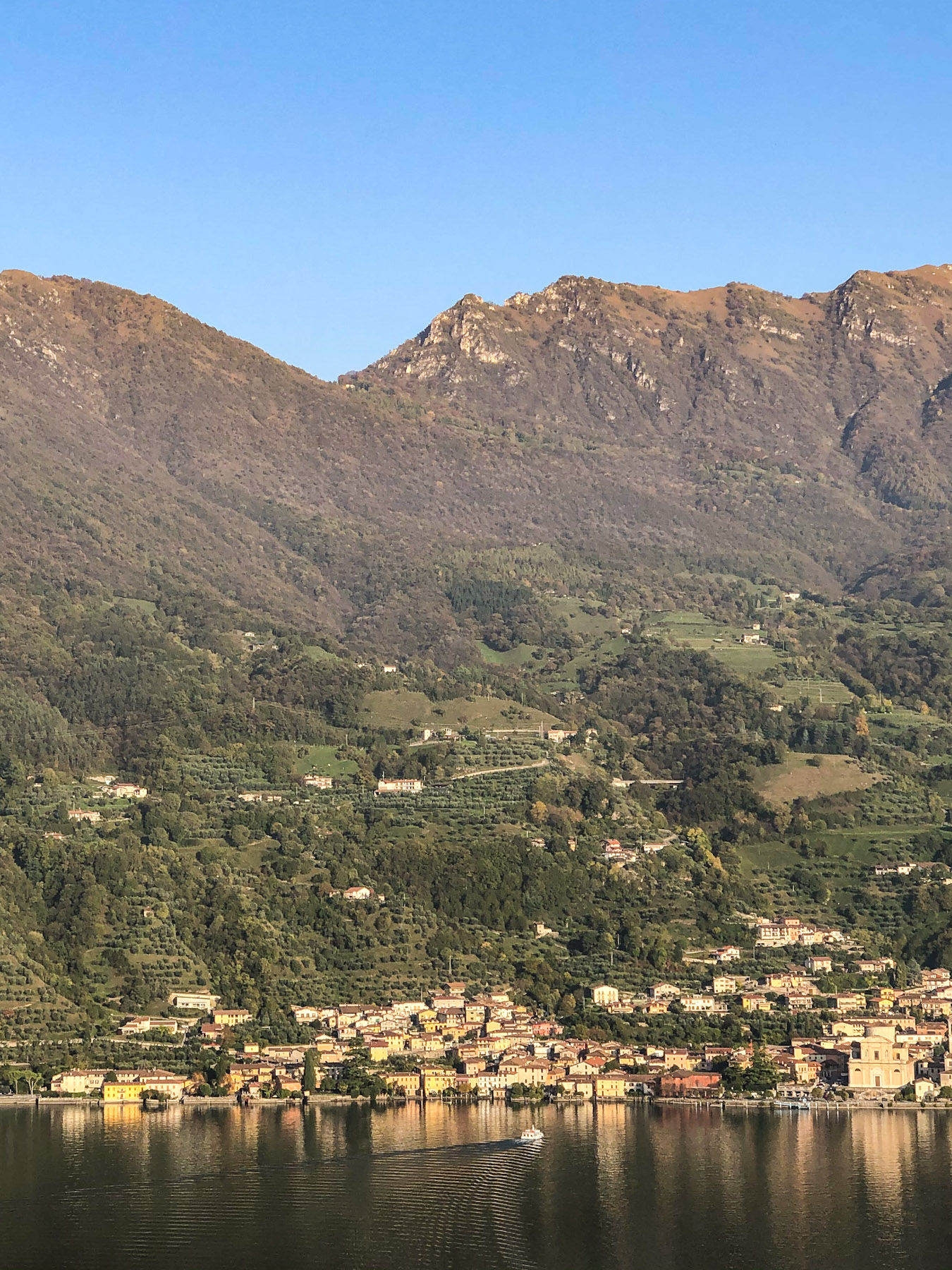 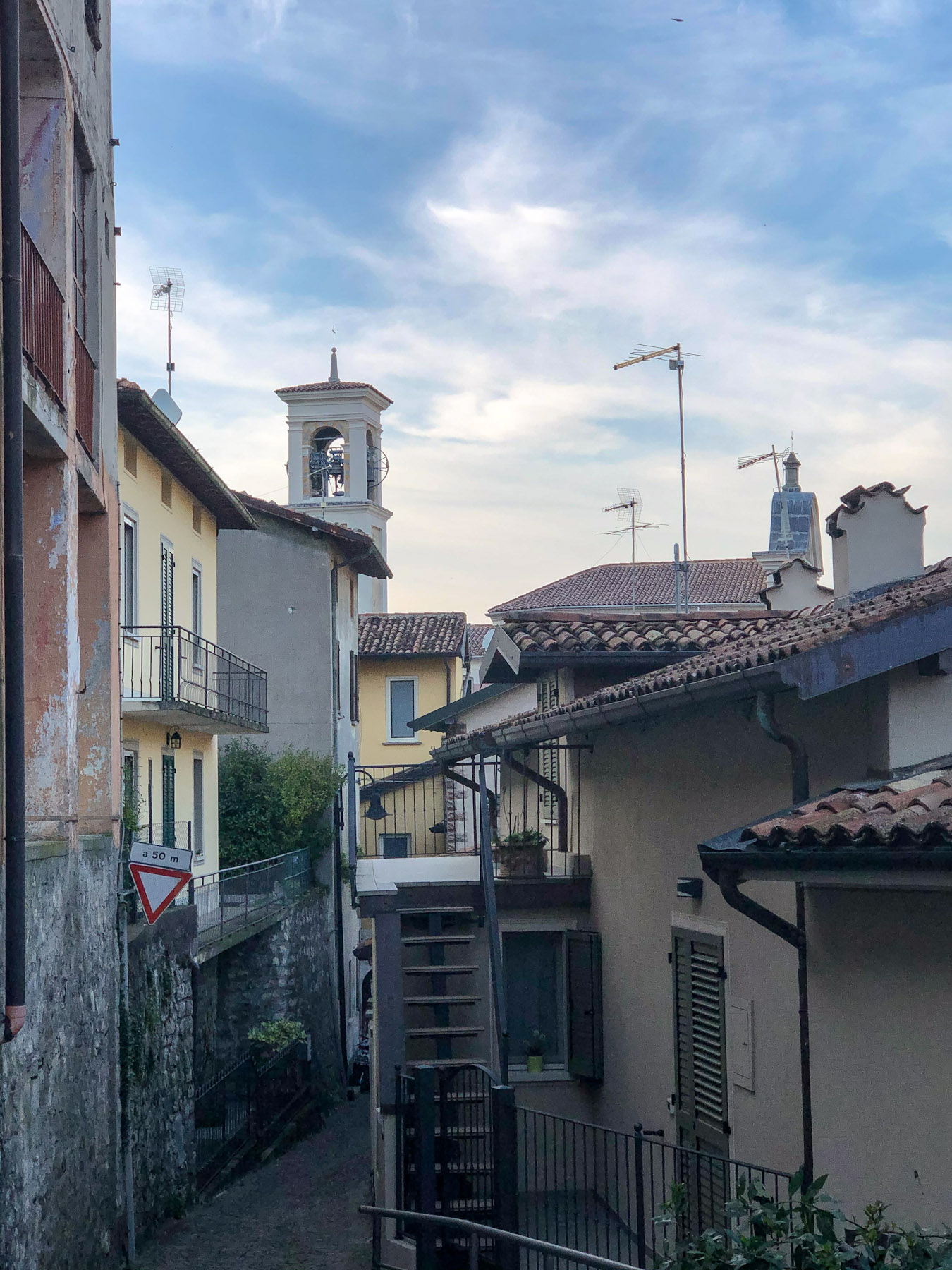 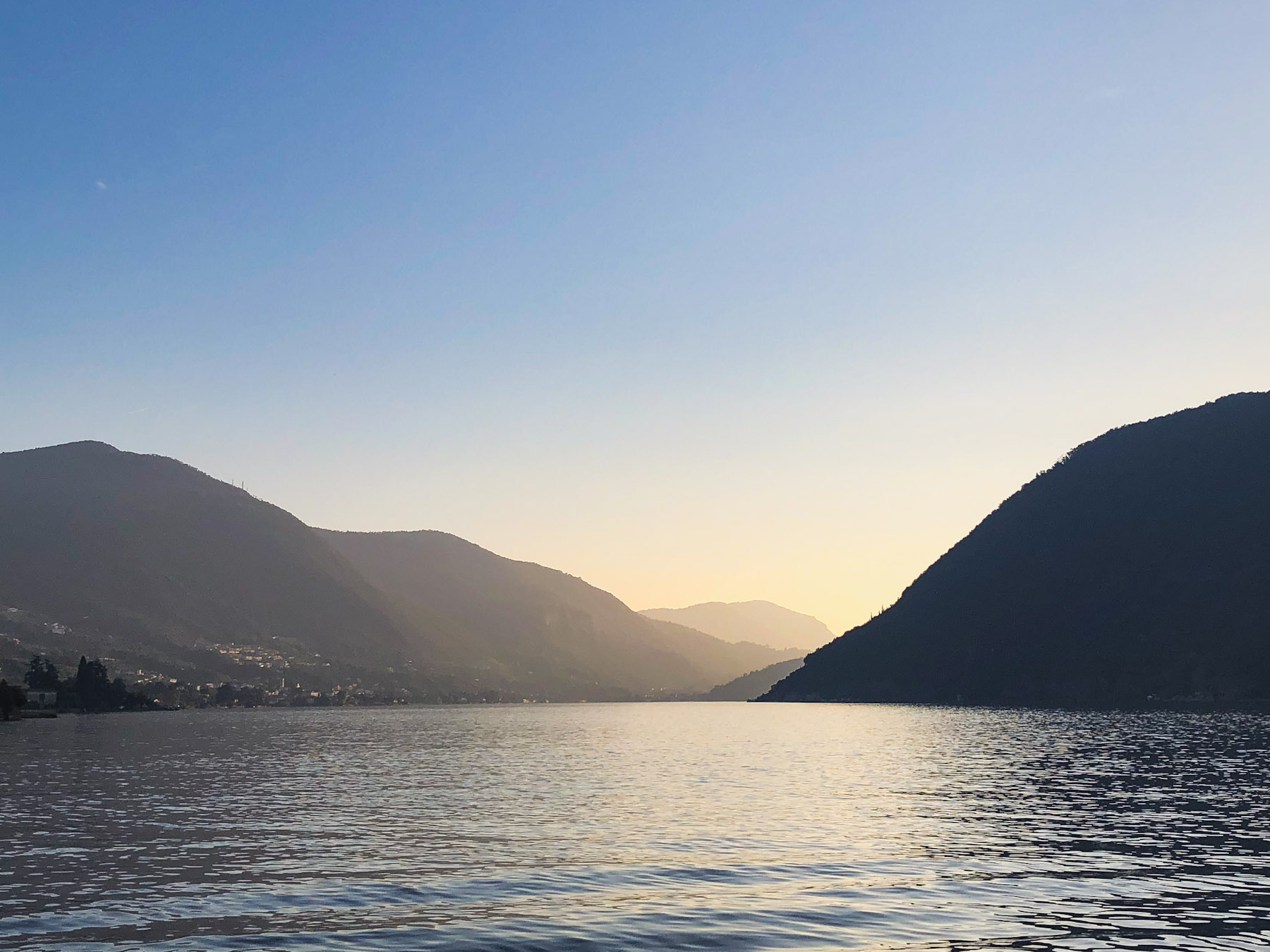 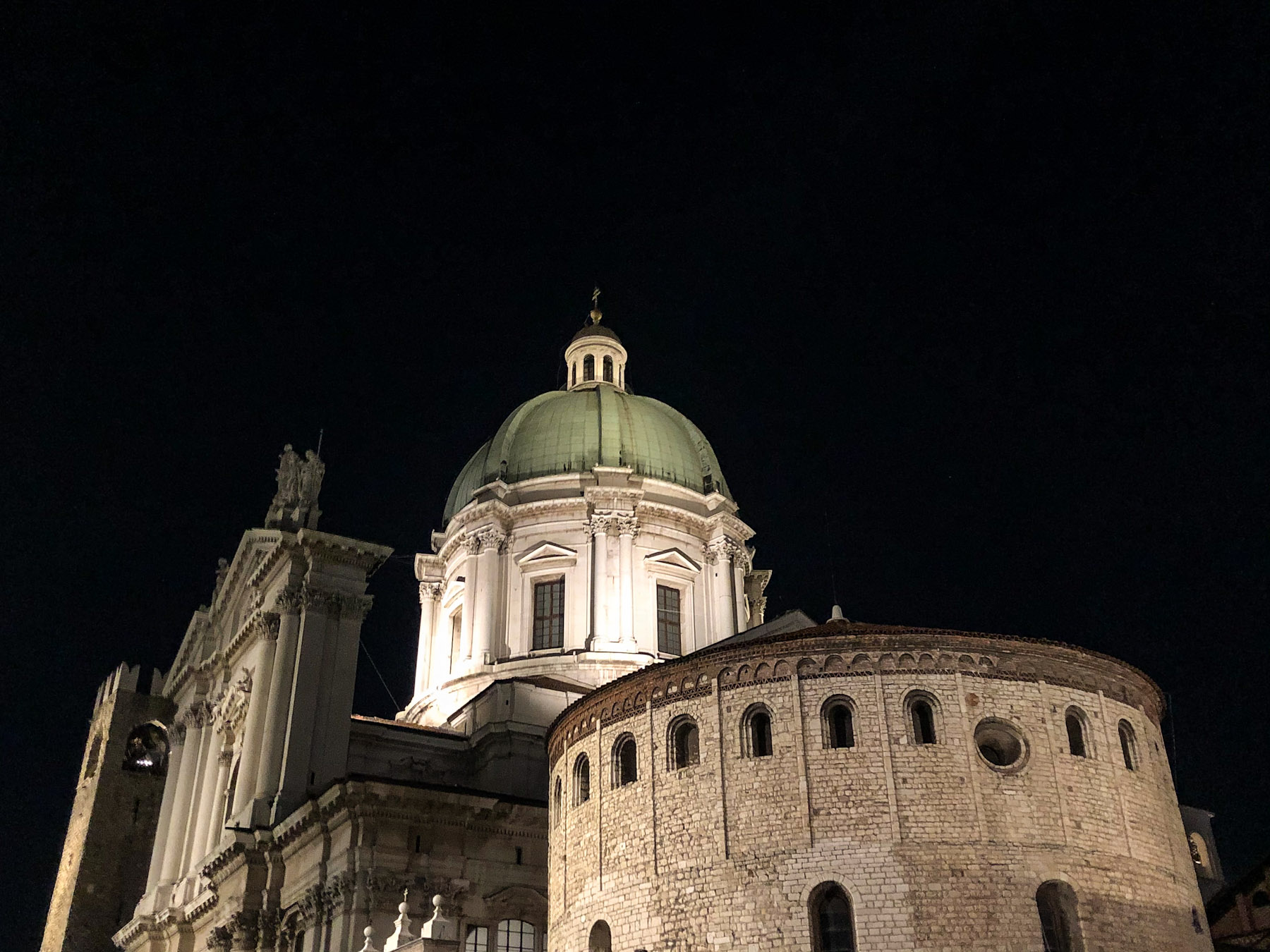 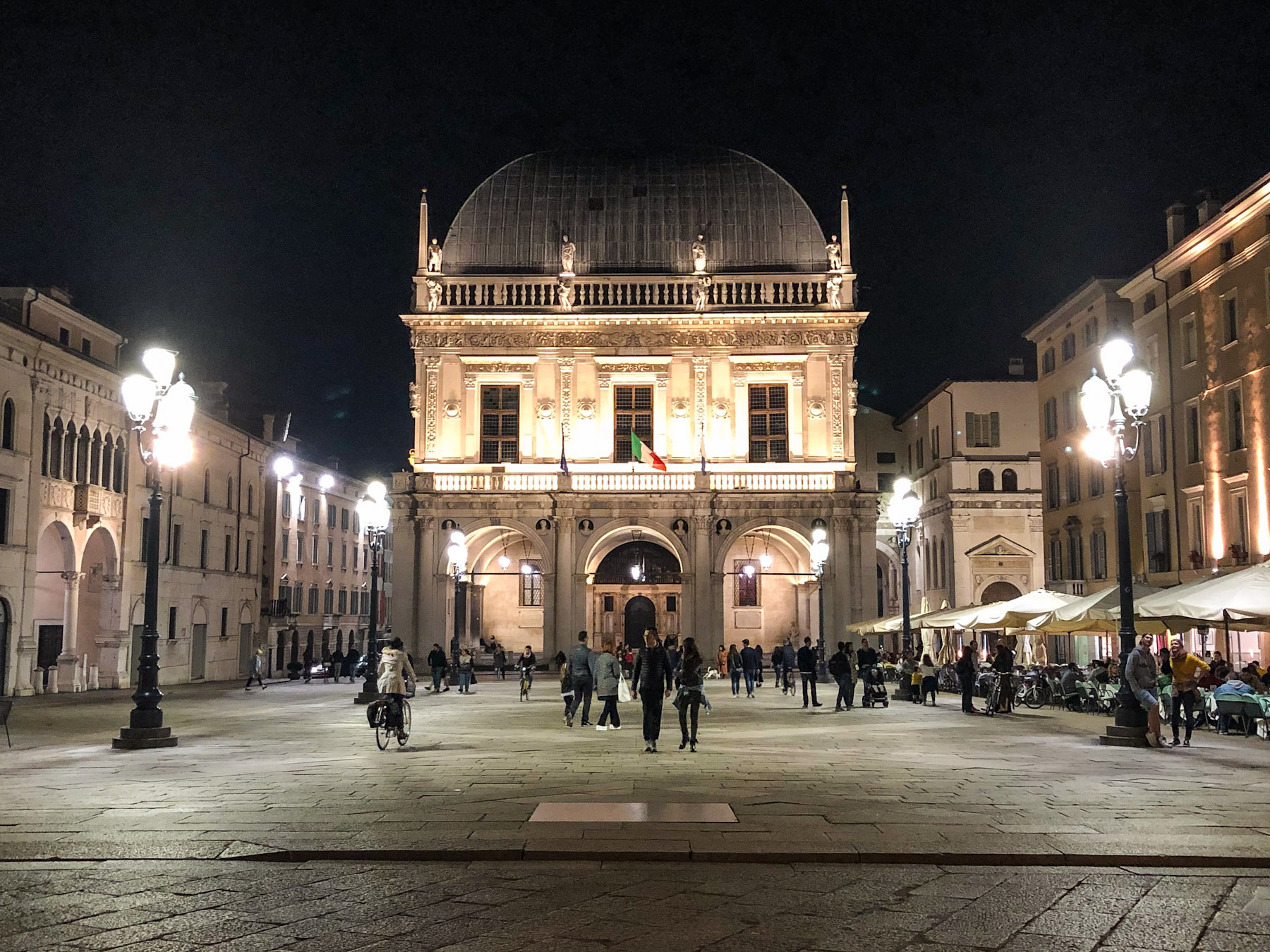 Here are some scenes from the morning I spent in Franciacorta, the sparkling wine-producing region of central Lombardy, followed by an afternoon exploring Lake Iseo and an evening in Brescia. I began the day at Scuderia Crazy Horse, an equestrian facility in Erbusco, the heart of Franciacorta. I rode a spry colt named Cognac through vineyards and bridal trails. It was a beautiful fall day and the scenery was sublime, made even more striking by hints of vibrant autumnal foliage from the omnipresent sea of grape vines.

Afterwards, I drove to Sulzano on the eastern shore of Lake Iseo to catch a ferry to Monte Isola, the verdant mountain of an island that rises from the center of the lake. When I arrived, Sulzano was packed with daytrippers and I couldn’t find a parking spot. I continued on to Sale Marasino, another ferry station a few miles north, where fortunately there was ample parking. Moments after leaving my car I was on a passenger ferry bound for Carzano, a tiny fishing village on the northeast corner of Monte Isola.

From Carzano, I hiked along a trail that wrapped around the northern crown of Monte Isola, with unmitigated views of the lake’s northern reaches, the Orobie Alps, and Isola di Loreto, a tiny island with a neo-Gothic castle. I stopped for lunch at Ristorante La Torre in Siviano, a village on the island’s northwest corner. I ordered a pizza and devoured it — I was hungry after all that riding and walking. After lunch, I hiked up and over the spine of Monte Isola via an old mule track, cutting through the tiny hamlet of Orzano. After several steep switchbacks, the trail led me back down to Carzano, where I caught the next ferry bound for Sale Marasino.

To round out the day, I drove into Brescia to get a quick taste of the city before heading to dinner at Trattoria La Madia, a true Italian farm-to-table experience. It was dusk by the time I arrived in Brescia, but the city was bustling. There was a huge political demonstration in the Piazza Duomo, and two blocks over in the Piazza della Vittoria, an evening farmer’s market and crafts fair were abuzz with activity. A few blocks away, the outdoor cafes lining the Piazza della Loggia were packed with what seemed like every 20-year-old who lived in Brescia. Like Bergamo, Brescia is a very tony city with an impeccably restored and beautifully lit medieval core. It even has its own archaeological site, known as the Capitolium, which was constructed by the Roman emperor Vespasian in AD 73.

From Brescia, I drove into the mountains north and west of the city to get to Trattoria La Madia, which is perched high on a hill overlooking the Lombardian plain. The restaurant has a ton of local charm, a very extensive menu, and an amiable wait staff. I ordered several regional specialties, including a Brescian version of casoncelli and osso buco served atop a bed of creamy polenta. It was all quite delectable.