The best way to see Lake Como is by boat. I had read this tip in numerous guide books prior to my first trip to the Italian Lakes in the fall of 2018. Growing up in the suburbs of Northern New Jersey, my family wasn’t really into boats. The one and only boating memory I had was from a trip to Florida while visiting my grandparents. Their friends owned a yacht and took my entire family on a tour of the Fort Lauderdale intracoastal. I recall sunbathing with my sisters on the bow and asked my dad to throw me my t-shirt. It got caught in the wind and blew away, and we all watched with amazement as a pelican swooped down and scooped it up in its bill. Needless to say, I was long overdue for some new boat memories.

Prior to our arrival at Filario Hotel in Lezzeno, I got in touch with the concierge who booked a private boat rental for Charles and me through a local marina. Amazingly, you are allowed to rent a boat on Lake Como without a proper license. Charles and I discussed beforehand that I would be the designated captain. I thought how difficult could steering a boat be in a vast three-mile-wide lake? I was soon to discover that it wasn’t difficult at all…

On the original day of our aqueous outing, we awoke to the site of intense chop on the lake. The Ventone had blown in from the north, and the marina had already called to reschedule our rental to the next day. As an alternate plan, Charles and I took the Traghetto car ferry from Bellagio to Cadenabbia and drove into Switzerland to the northern reaches of Lake Maggiore, where the wind was calm and blue skies gave way to an almost tropical climate. Following an afternoon exploring the picturesque town of Locarno, the Santuario della Madonna del Sasso, and the fabled Castelli di Bellinzona, we made our way back to Lake Como through Lugano and the Valsolda. Upon queuing for the ferry to Bellagio, we discovered the lake’s waters had mysteriously returned to a tranquil stasis. The lesson of the day: In the Italian Lakes, the people live at the mercy of the wind.

The following morning, we gleefully awoke to an aura of calm on the lake. The air was cool and crisp; the water placid with gentle rolling waves and the occasional wake from a passing ferry. The concierge informed us that the marina had already called to confirm our rental for the day. After a leisurely breakfast, Charles and I were met at Filario’s private dock by Tommaso, a skipper from Lezzeno’s Airon Marine. He pulled up in a 17-foot fiberglass Marinello Eden 18 – our boat for the day. We boarded and were given a five-minute tutorial on how to power and steer the vessel. It took me a few turns to grasp the concept that the steering wheel makes the stern move in the opposite direction of the turn…but I eventually got there. We dropped Tommaso off at the marina, signed our lives away, and were free to explore the lake solo for the next four hours.

Having never helmed a boat before, yet alone doing so in a foreign country on arguably the world’s most scenic lake – it was quite possibly one of the most exhilarating experiences in my life to date. Giddily, we embarked on our Lake Como boat tour. From Lezzeno, I followed the western shore of the Triangolo lariano, passing the hamlet of Loppia, the neoclassical Villa Melzi, and Bellagio, the crowning jewel of a village at the tip of the triangolo. From our boat, we could see the two Villa Serbellonis—the glamorous lake-front hotel and the Rockefeller estate perched high on a hill—along with the peaks of the Grigna and Orobie Alps vertically exploding from Lake Como’s eastern shore. The vantage was second to none.

From Bellagio I steered us into the open waters of the belly and deepest part of the lake. An active waterway for ferries and hydrofoils carrying residents, tourists, and their cars from one shore to the other, it was here that I learned how to cross a wake (at a right angle to the waves). With my brain in American driving mode, I bore right towards the eastern shore as we traveled north. We passed the picturesque town of Varenna, occupying a peninsula of pastel-hued houses amid a towering 13th-century steeple. Continuing a northward course, we cruised past the towns of Bellano and Dervio, also jutting into the lake on tiny peninsulas. As we made our way closer and closer to Lake Como’s northern reaches, I was able to see that the towering Alps which, I thought were covered in snow, were actually crowned with exposed limestone. White puffs of clouds had settled around some of the higher peaks.

Suddenly, the wind picked up and the lake surface went from tranquil to undulating in a matter of moments. Our original plan was to follow the eastern shore until it met the western shore near Domaso, but yet again we found ourselves at the mercy of the wind — this time the Breva, locally known as the sweet nightmare. At the medieval hamlet of Corenno Plinio, named for its most esteemed resident, Pliny the Younger, I steered the bow 180-degrees and aligned our starboard side with Lake Como’s western shore. We were now southward bound…and speeding to get away from the chop of the Breva, which had instilled a hint of anxiety in both of us. Luckily, as we reached the center of the lake, the wind died down — along with our collective disquietude.

The beauty of Lake Como’s western shore unfolded before us as we cruised past the colorful town of Menaggio and the towering Sasso San Martino, with its namesake church clinging to a promontory 1,000 feet above the lake’s surface (on my next trip to Lake Como, I hiked up to that church, Chiesa di San Martino). As we entered the lake’s ramo di Como arm, we were graced by the brilliant neoclassical Villa Carlotta, the illustrious Grand Hotel Tremezzo, and numerous majestic estates lining what is known as Lake Como’s Gold Coast. High above the lake, a ribbon of exposed granite cut across the Monti Lariani massif, like a sash on a beauty pageant contestant. We made our way around Dosso di Lavedo, the wooded promontory home to Lake Como’s most renowned property, Villa del Balbianello, which Charles and I had toured on foot several days prior. Hugging the western shore, we continued past more fanciful villas studded with pointy cypress trees, and Isola Comacina, notably the only island on all of the lake. It was here where I got yelled at for accidentally making waves in a no wake zone. Oopsie.

Further south, the Monti Lariani transformed the western shore into an expanse of verdant ripples cutting the lake at a 45-degree angle, while Monte San Primo ascended from the east to its apex at the center of the Triangolo lariano. Up ahead, I could see the picturesque town of Nesso unfurl around a Baroque steeple. I steered us on a diagonal course across the lake to get a closer look. Nesso is sprawling, both horizontally and vertically. Portions of the town cling to sheer vertical cliffs that tumble down from the SP583, the Lake Como ring road.

While ogling the view from our boat, we drifted to the mouth of Orrido di Nesso, an ancient ravine carved out by the confluence of two mountain streams from high above Nesso that form a 650-foot waterfall. The mouth is marked by the Ponte della Civera, an ancient footbridge with roots to Roman times. The bridge spans from the portico of a stunning canary yellow villa with cherry red shutters and thick tangles of ivy, which were turning orange and red with the onset of autumn. This may have been the most scenic spot on all the lake.

Charles and I had befriended Analisa, a young woman from San Francisco staying at our hotel. We met her on a Lezzeno-bound ferry a few days prior and kept bumping into her — in and around the hotel, in Bellagio, and ironically, at Orrido di Nesso. We thought we spotted her crossing the Ponte della Civera as our boat gently rolled past. Charles yelled out her name, and sure enough, it was Analisa. It became our running joke for the rest of the trip: I wonder if we’ll run into Analisa in Bergamo? At the Duomo in Milan? At La Scala?

Our final destination before turning around and heading back to the marina – Villa Oleandra, a.k.a. George and Amal Clooney’s lakeside retreat in Laglio. George Clooney purchased the 18th-century villa from the Heinz Ketchup heirs in 2001 for a cool $13.5 million. From land, the 10-bedroom estate is tucked behind a stone wall and a thicket of greenery, but from our boat we could see Oleandra in all her glory, sans George or Amal.

Our Lake Como boating extravaganza was coming to a close. I steered us back up the ramo di Como as we cruised past Nesso on our starboard side, then around the imposing bend created by Monte San Primo, and beyond the littoral stretch of Lezzeno and our sanctuary of solitude, Filario Hotel, until we reached the Airon Marine. Tommaso greeted us on the wharf and hopped in to escort us back to Filario’s private dock. We disembarked from the Marinello Eden 18, our little vessel that provided us with the one of the most extraordinary days of travel, sightseeing, and exploration that Charles and I have experienced together. To this day, when I need a distraction, I can vividly recall our time afloat on Lake Como, and I’m immediately brought back to that feeling of wonderment and awe. Sigh. 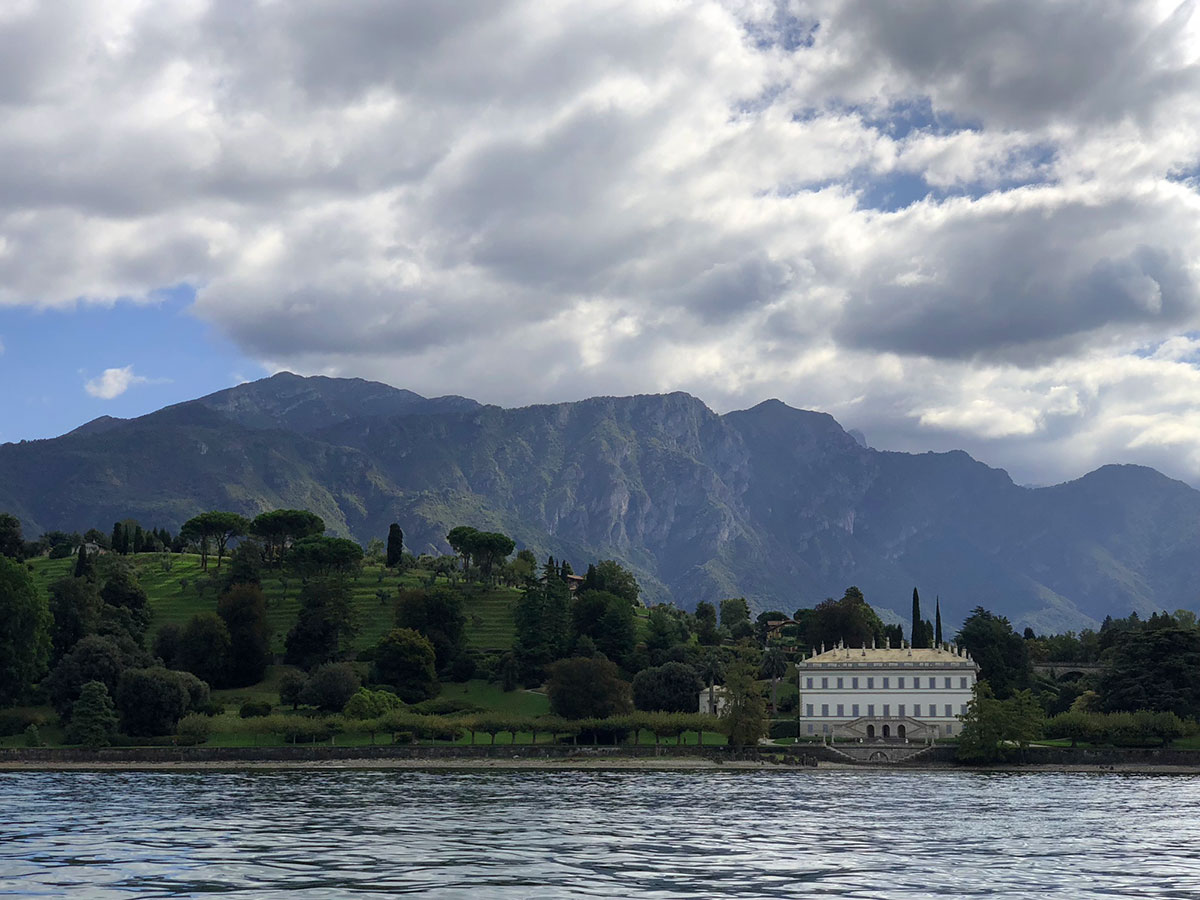 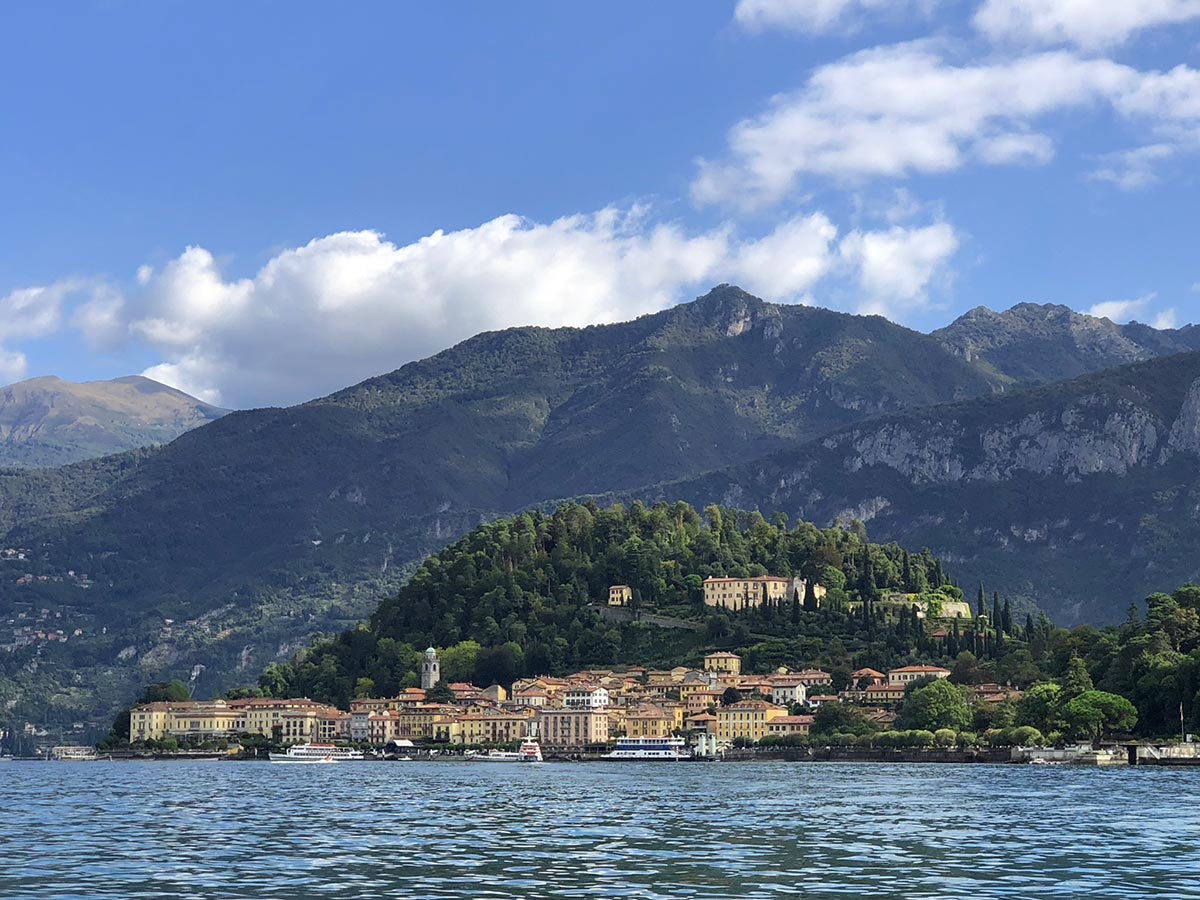 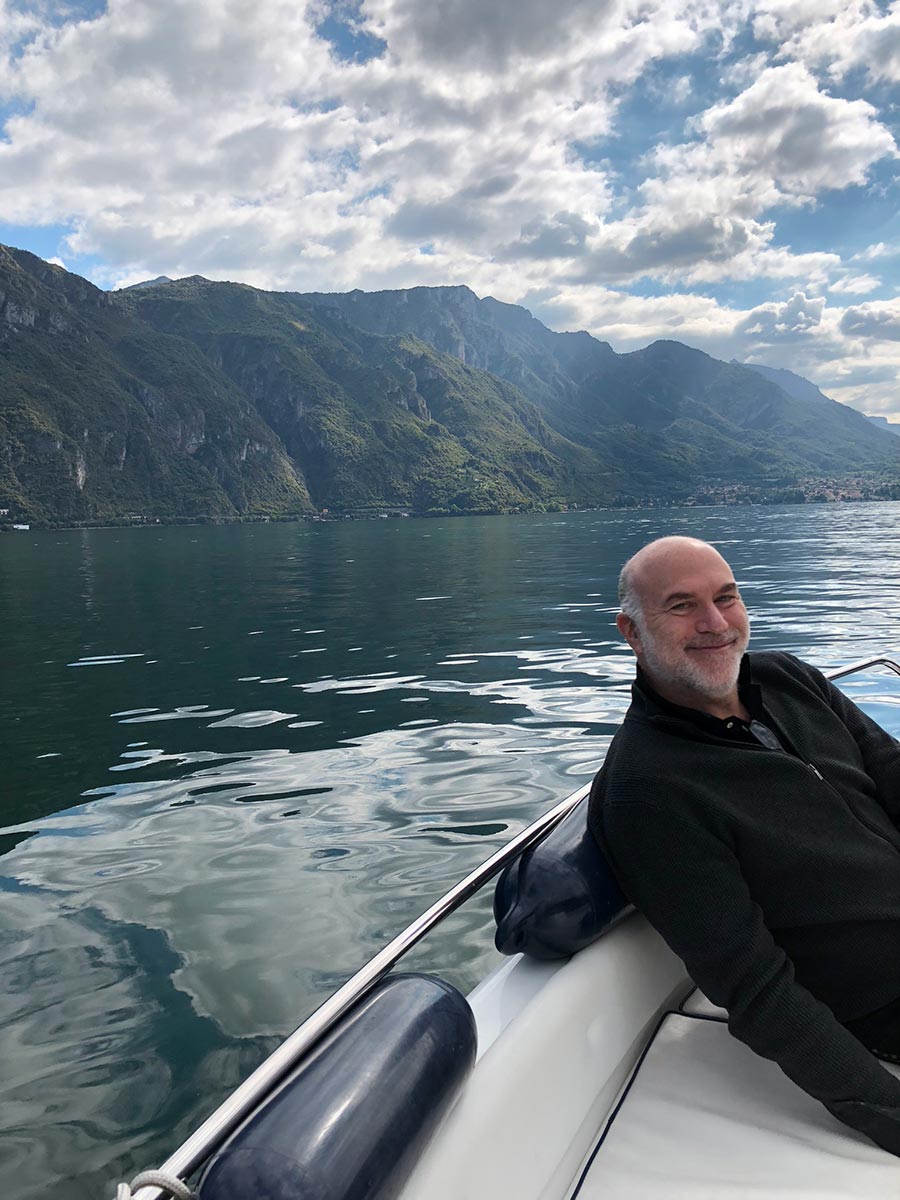 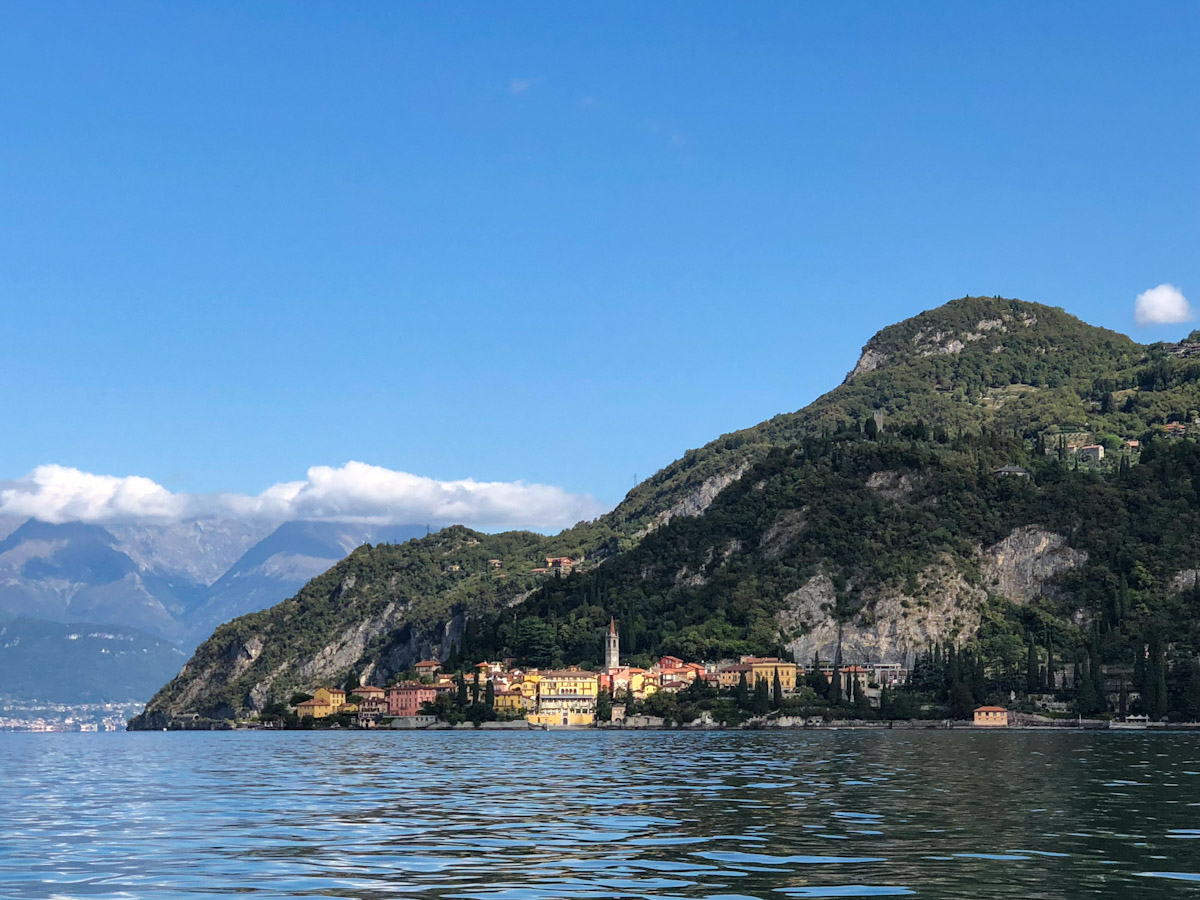 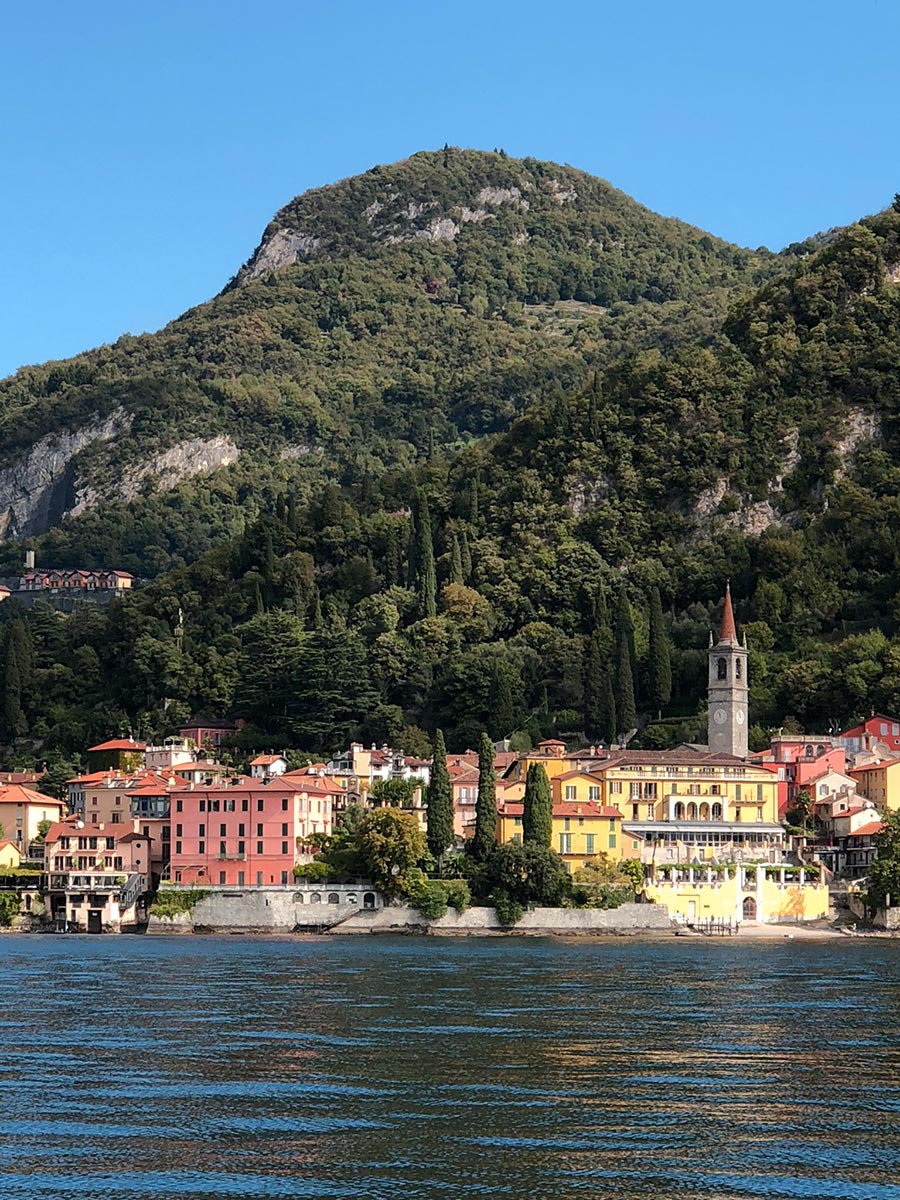 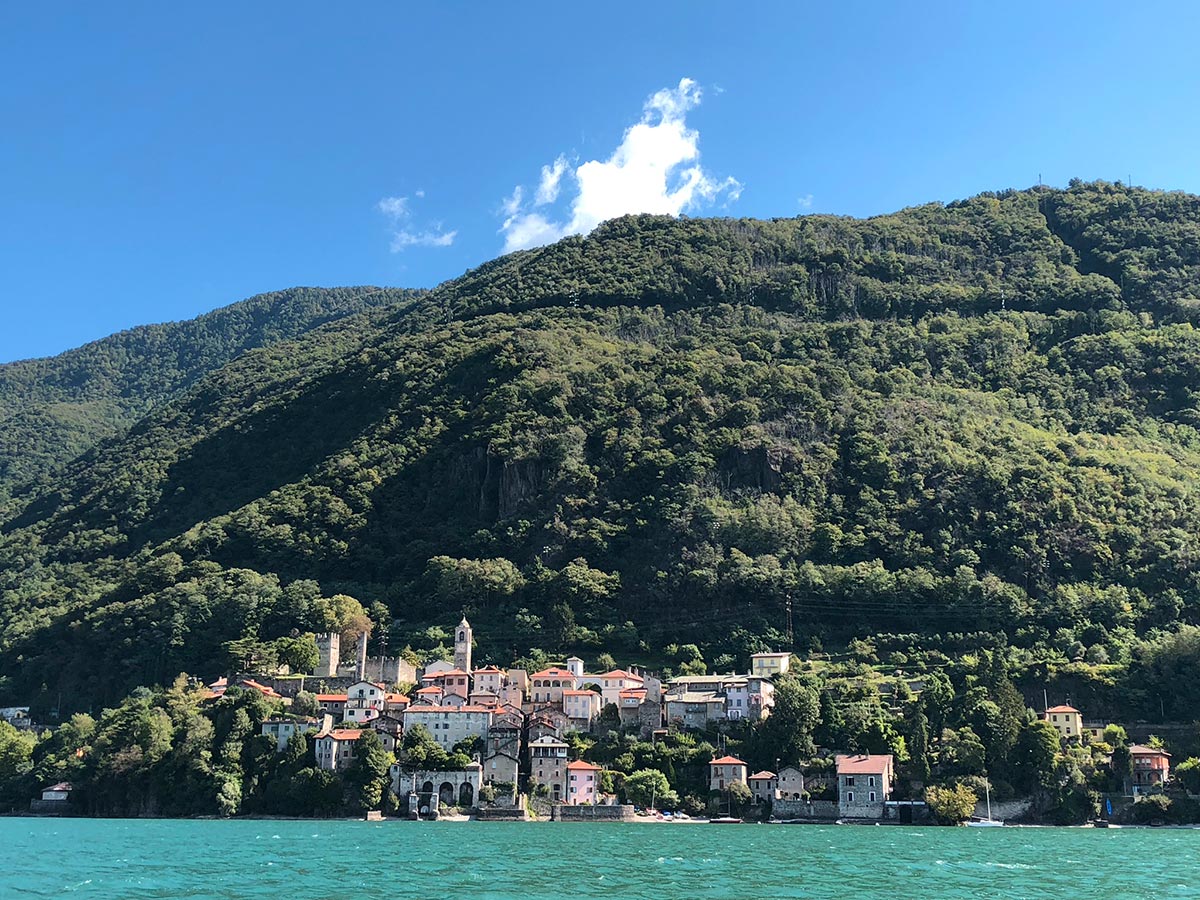 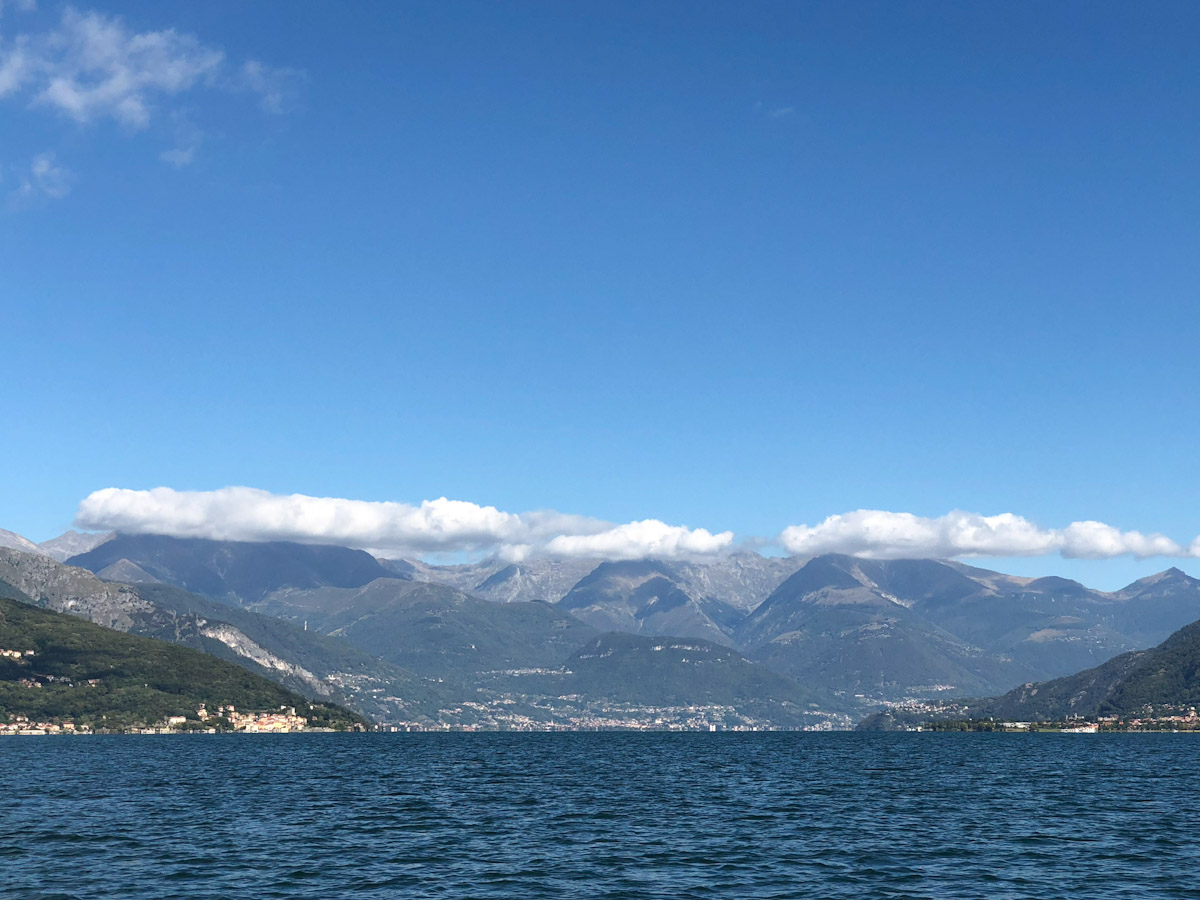 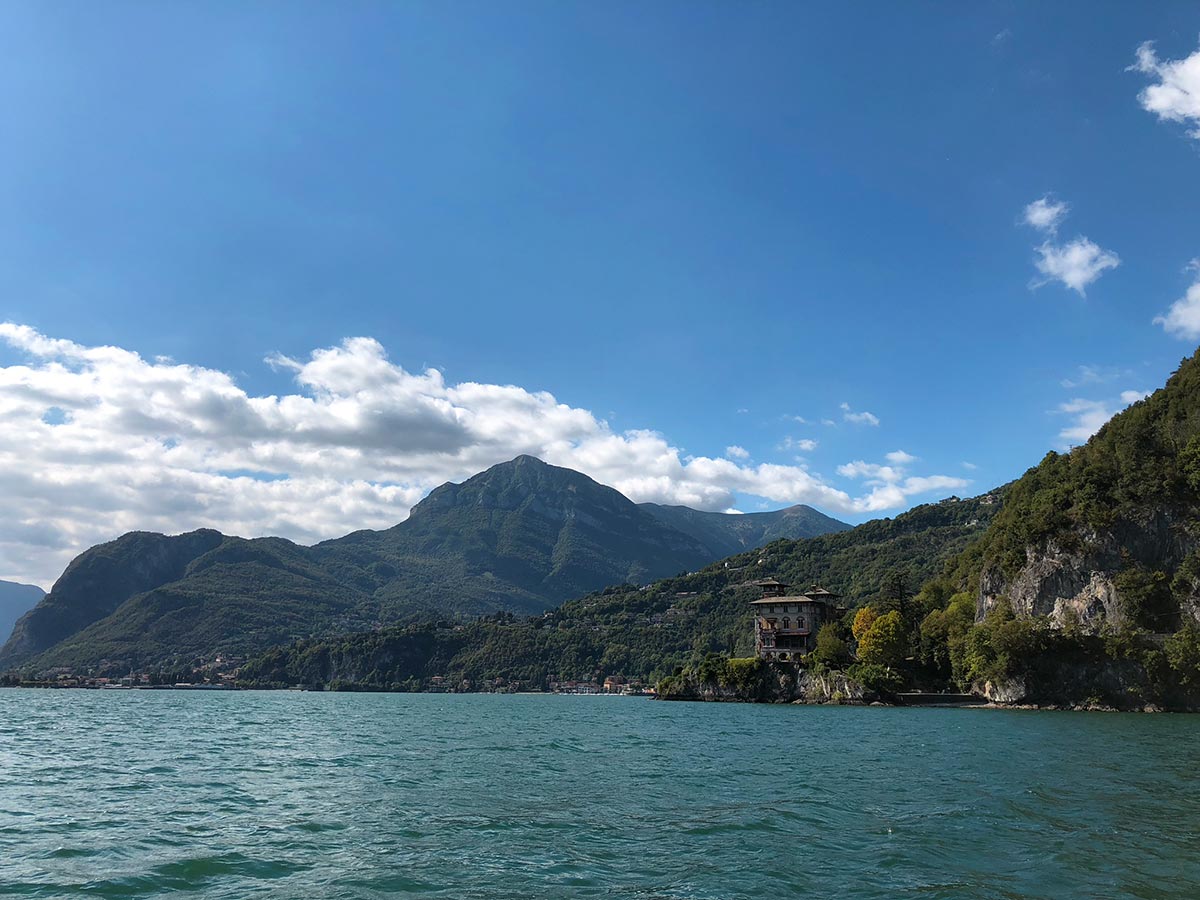 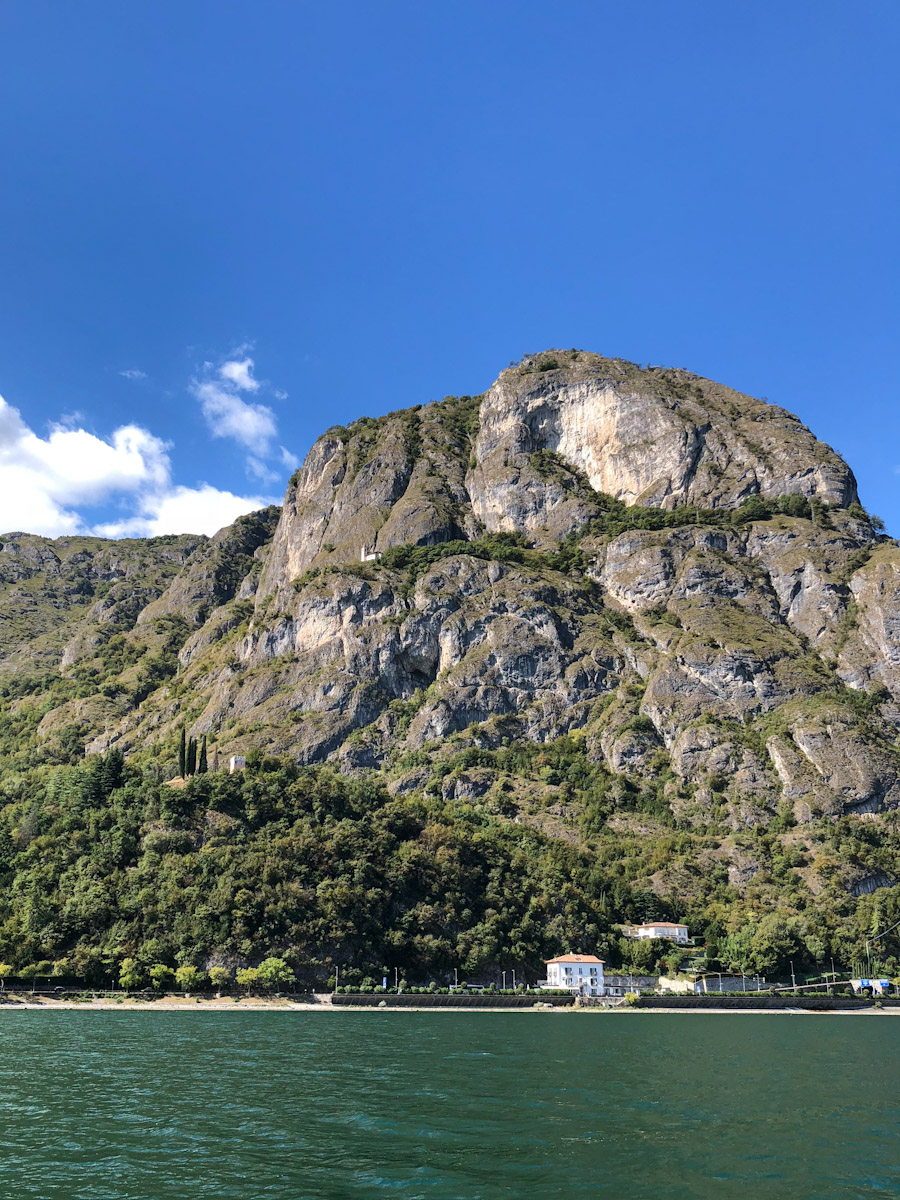 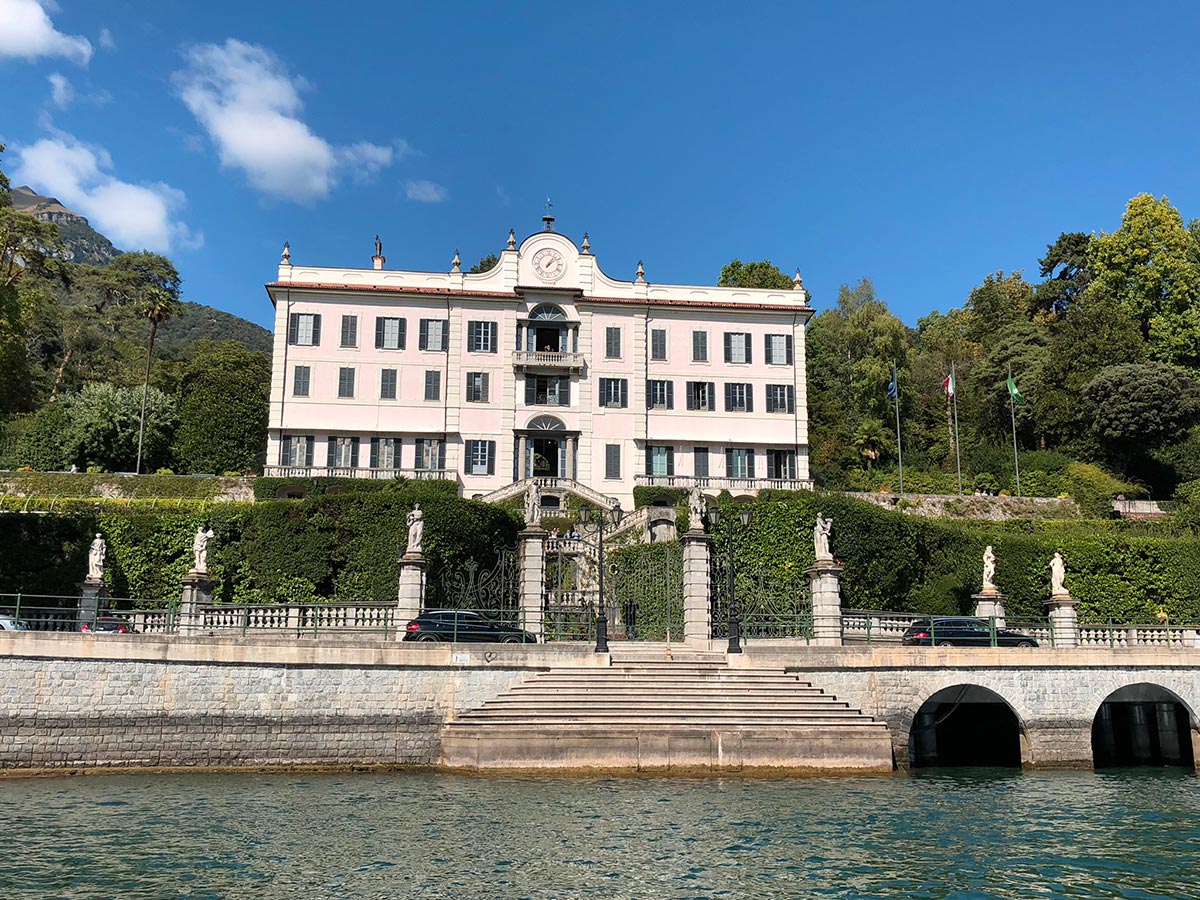 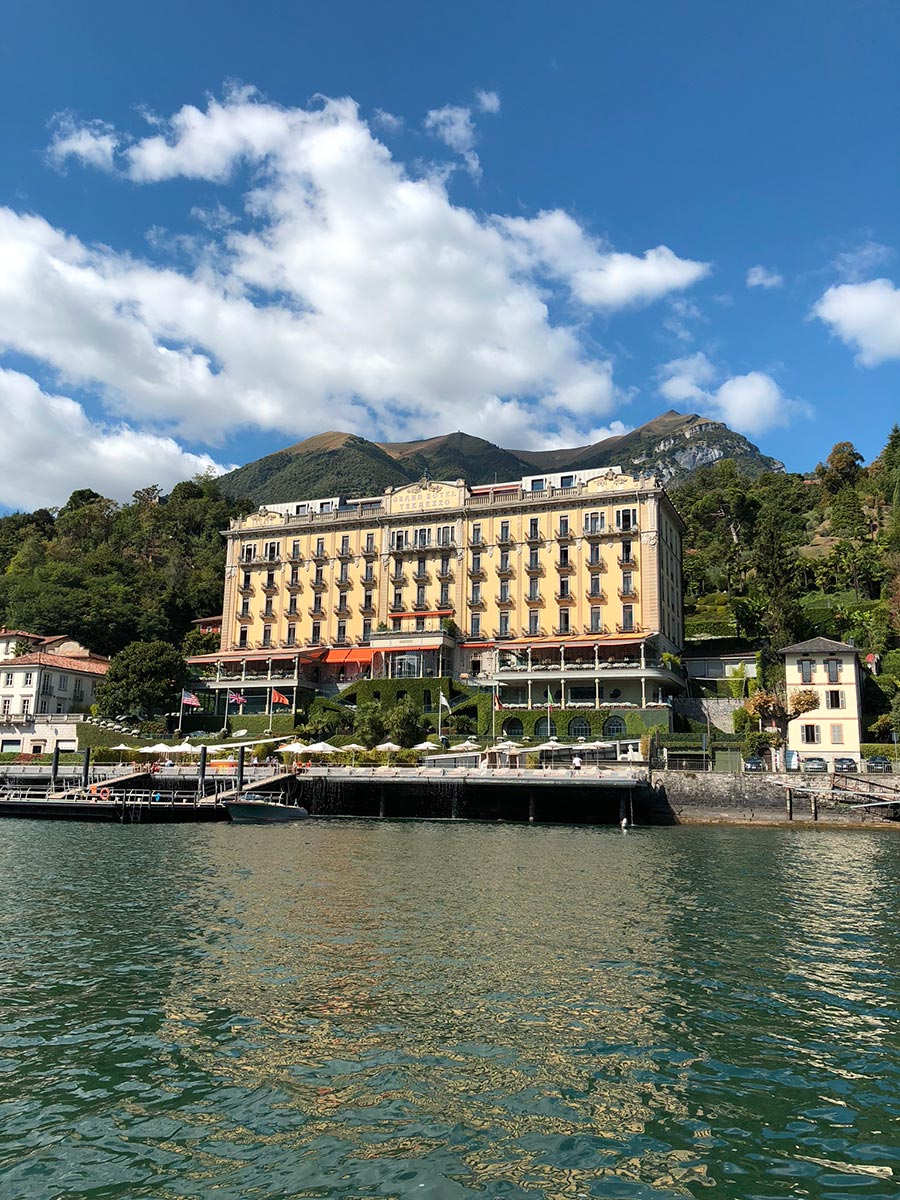 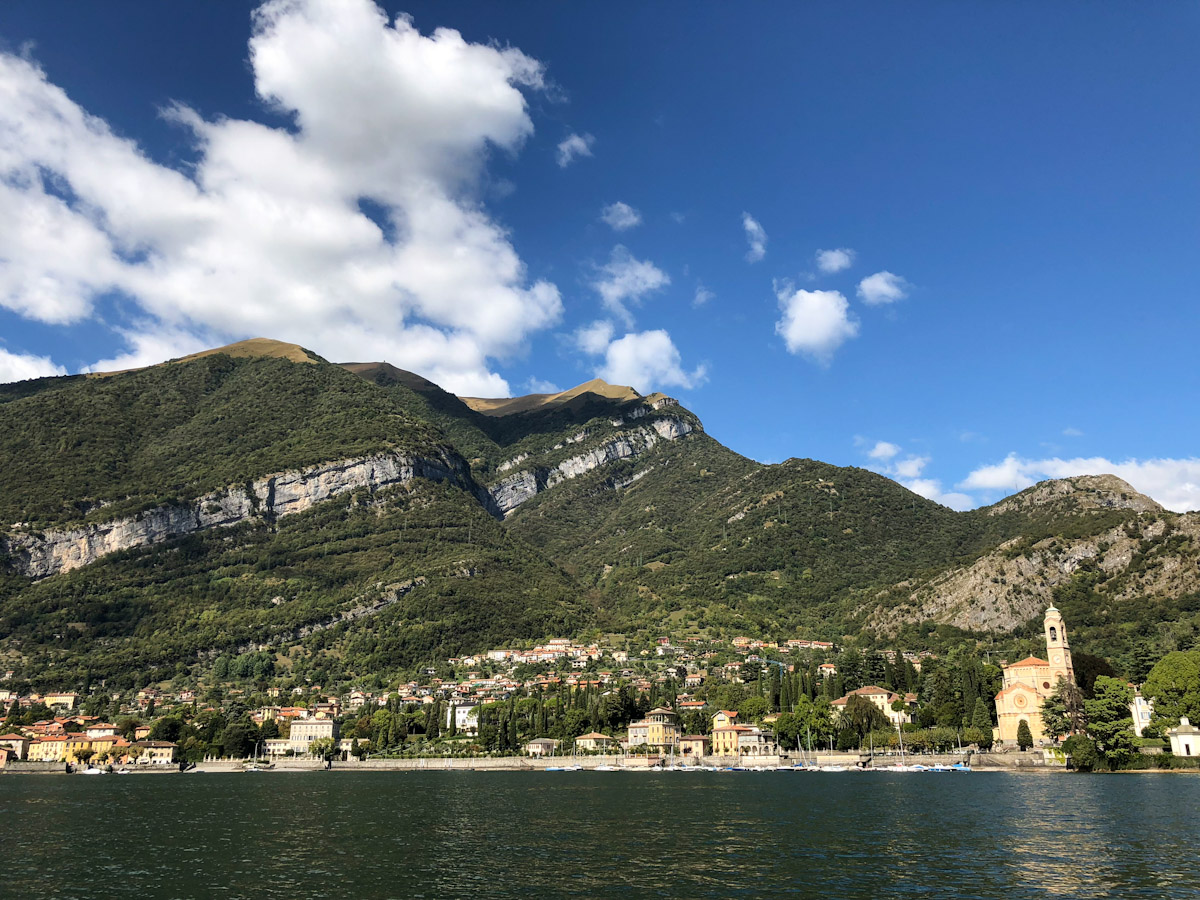 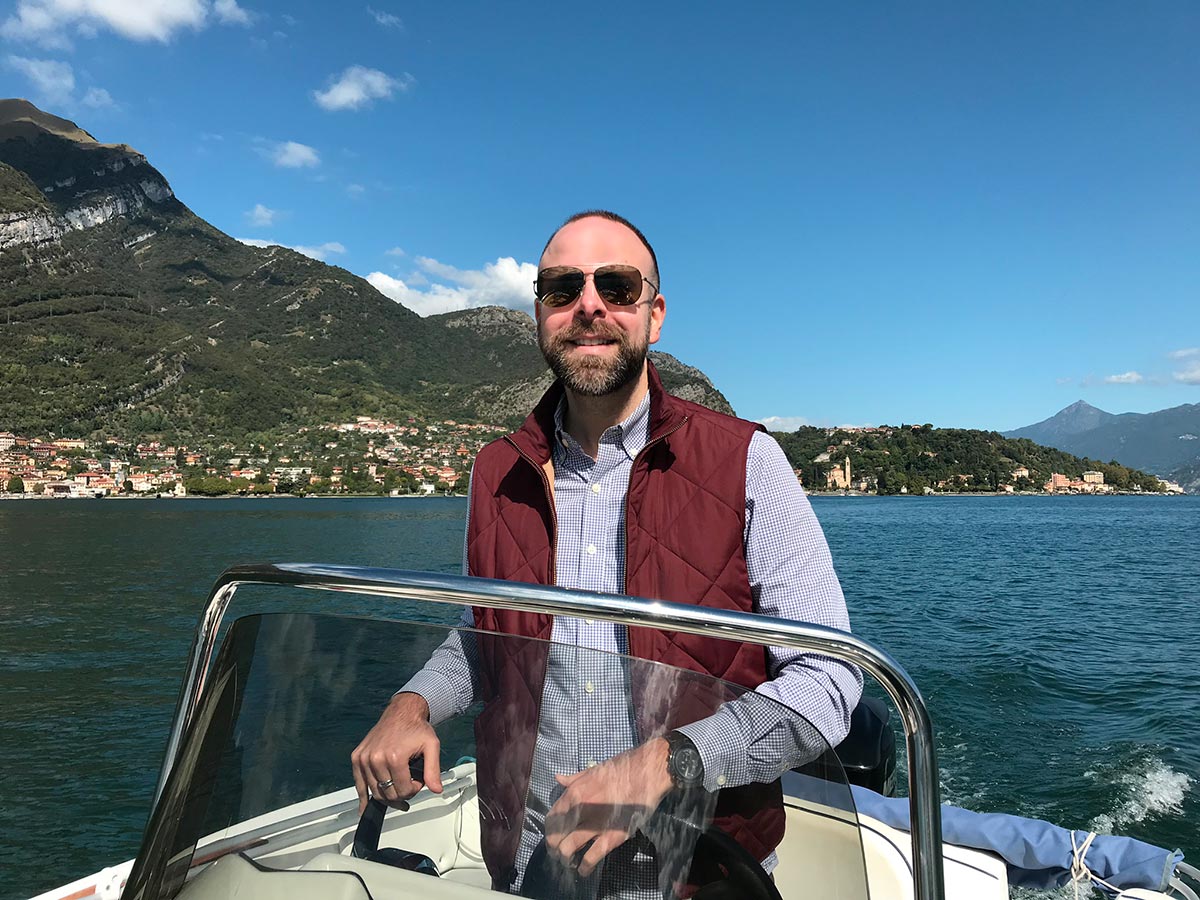 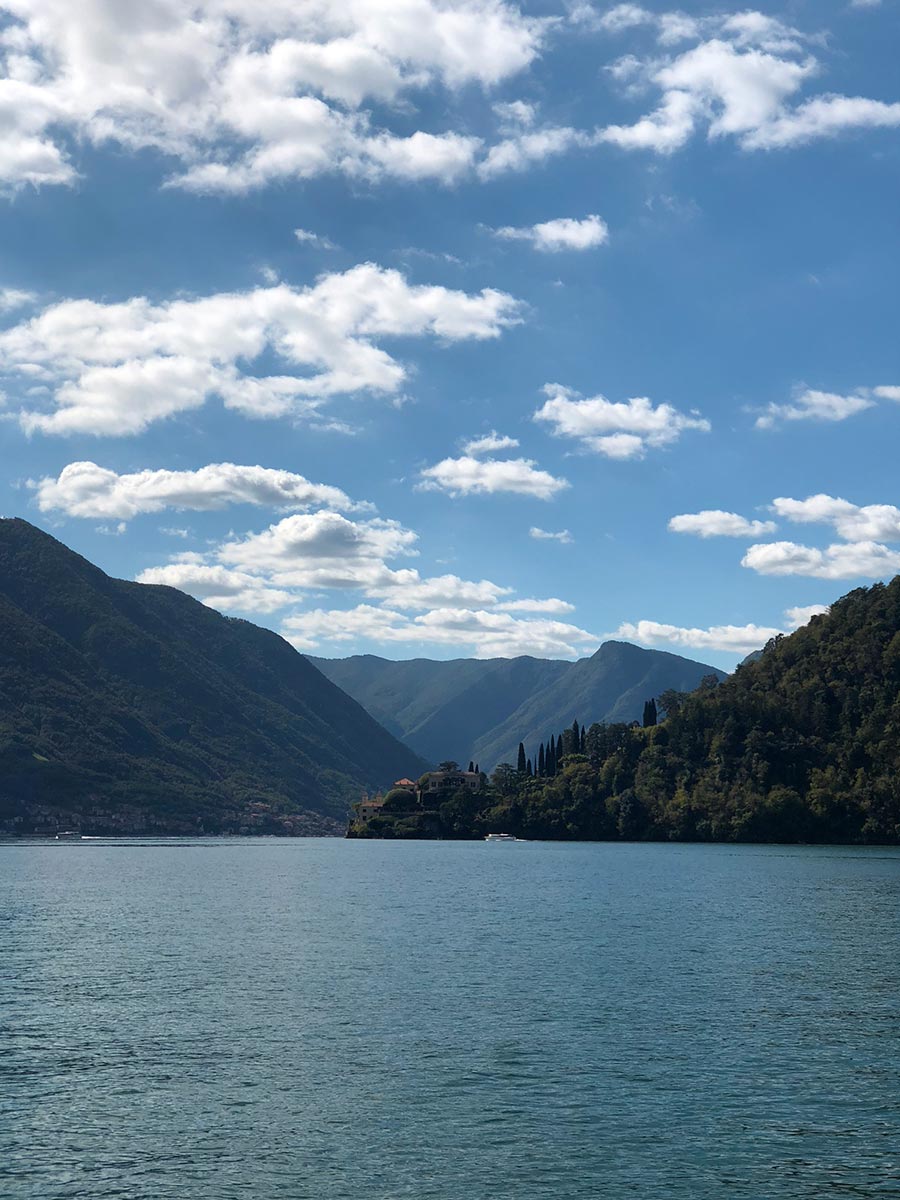 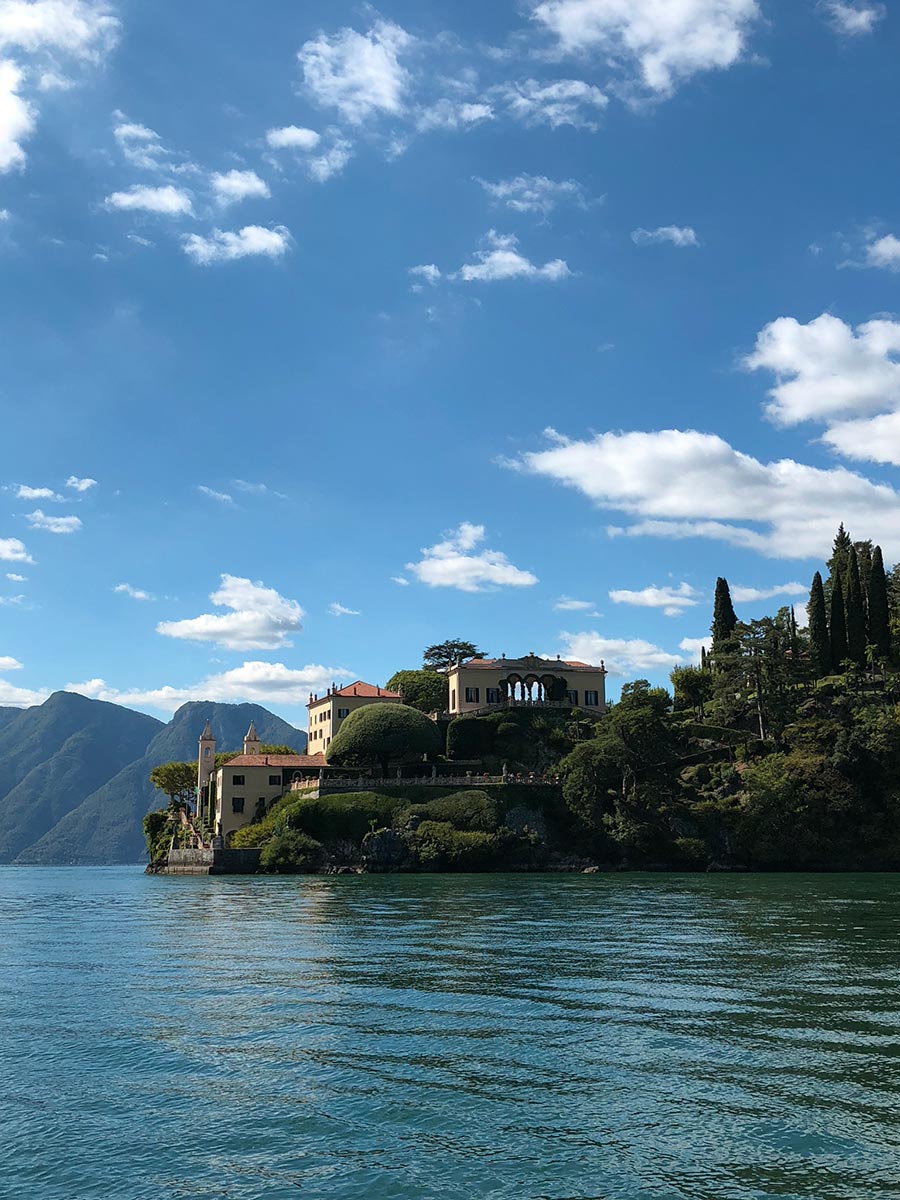 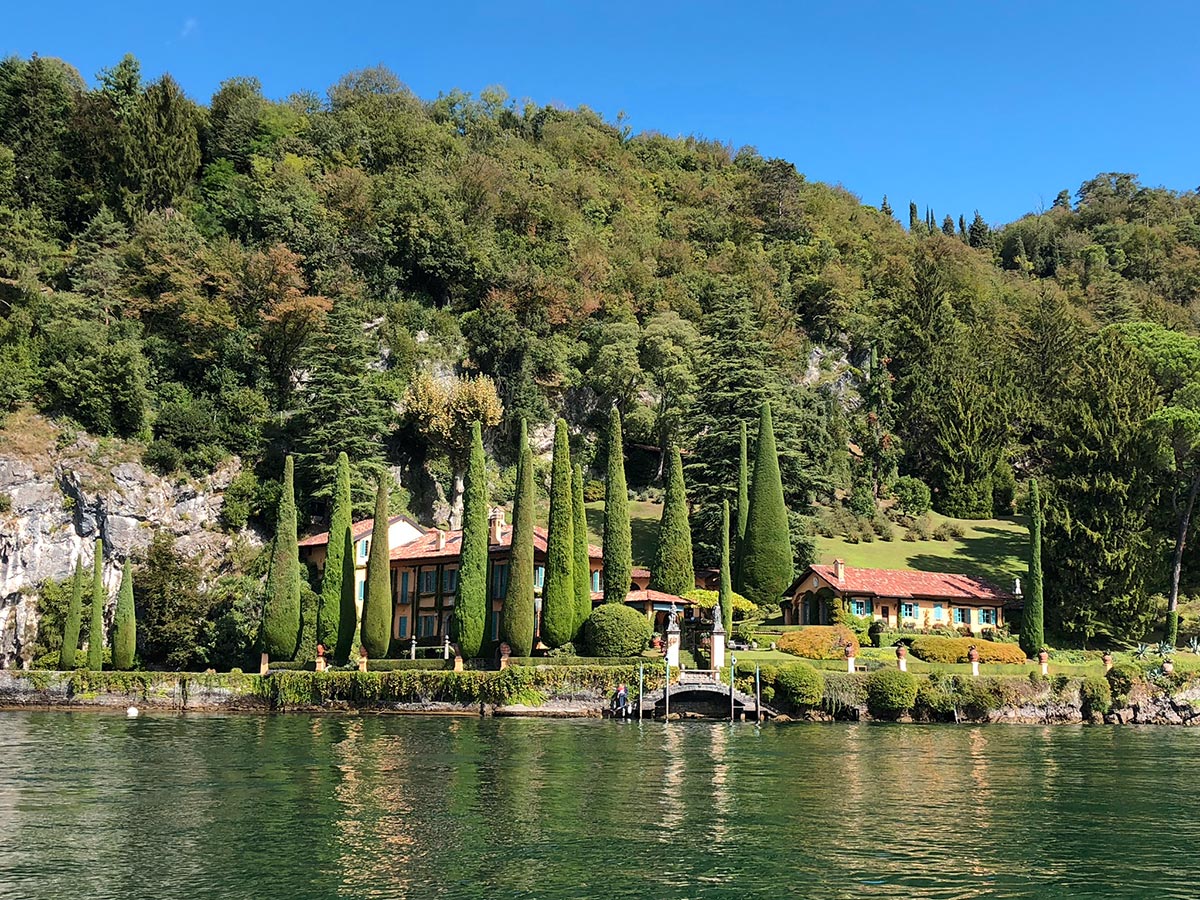 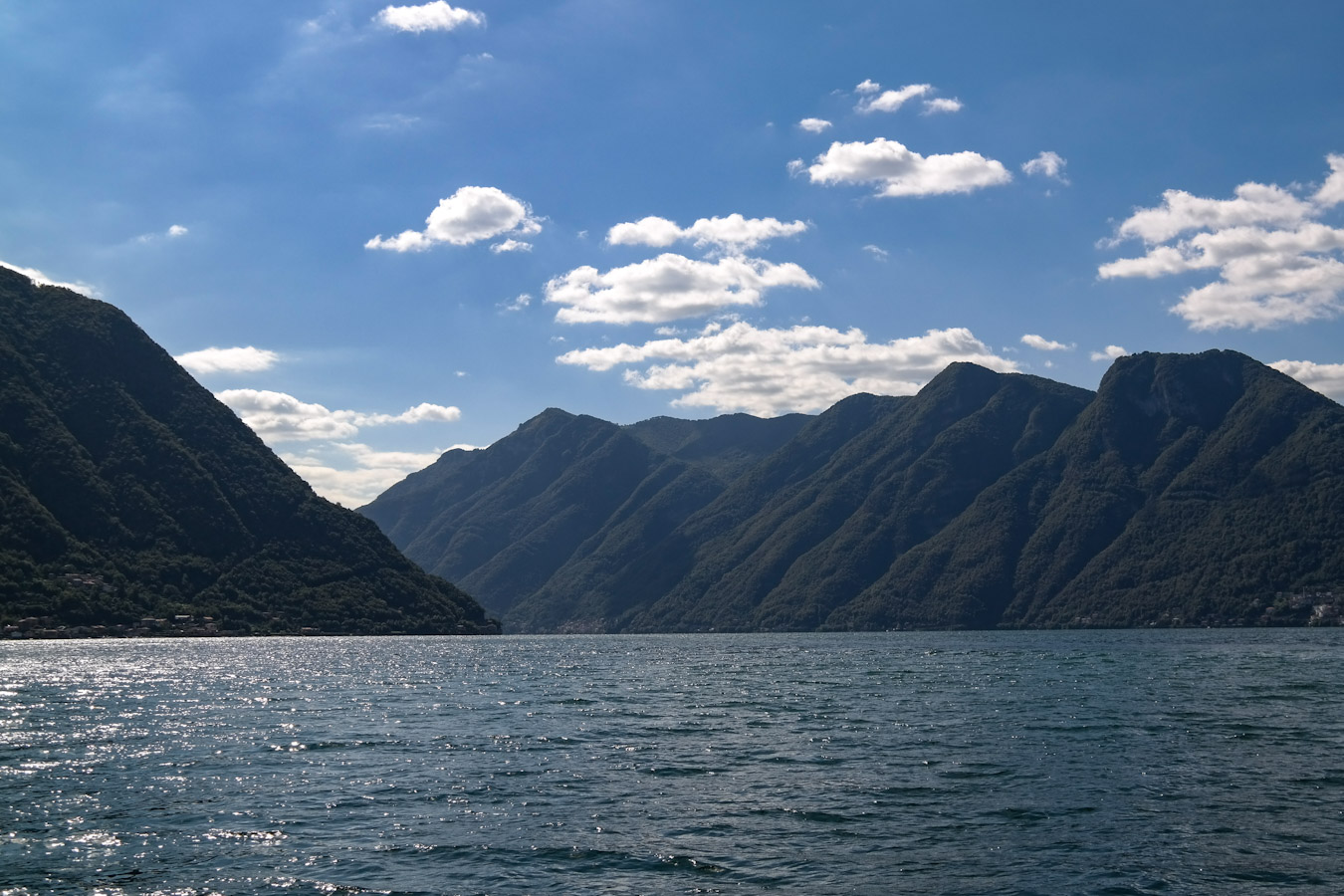 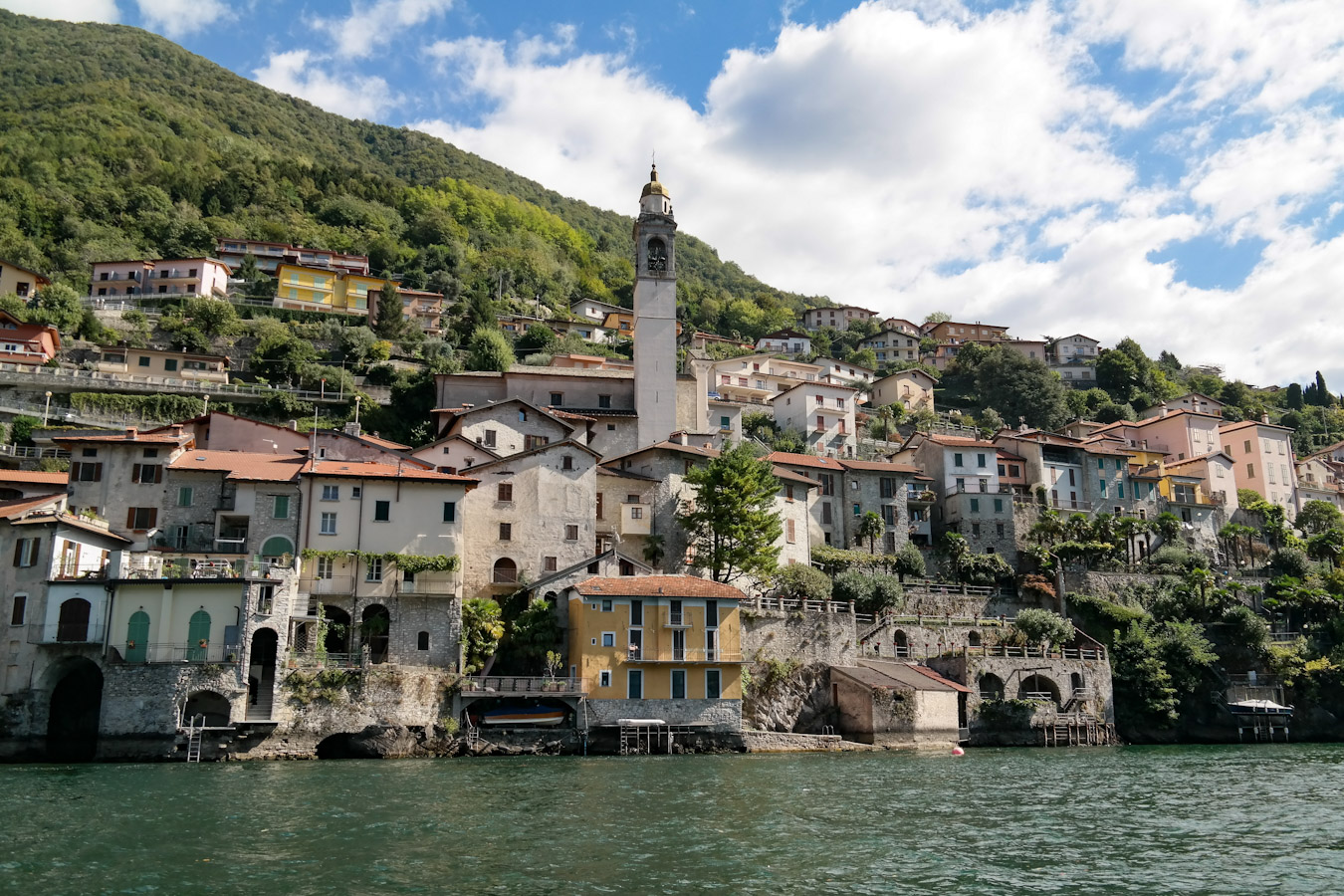 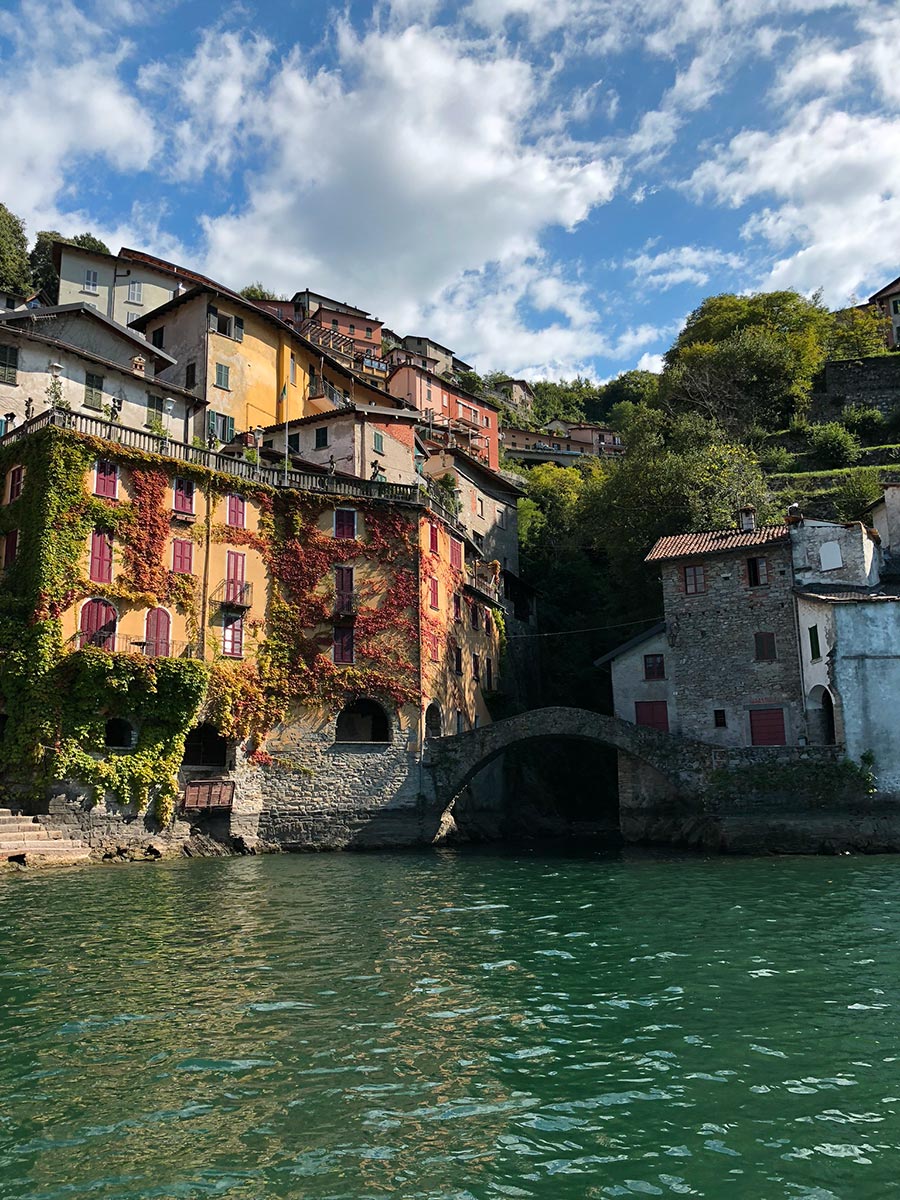 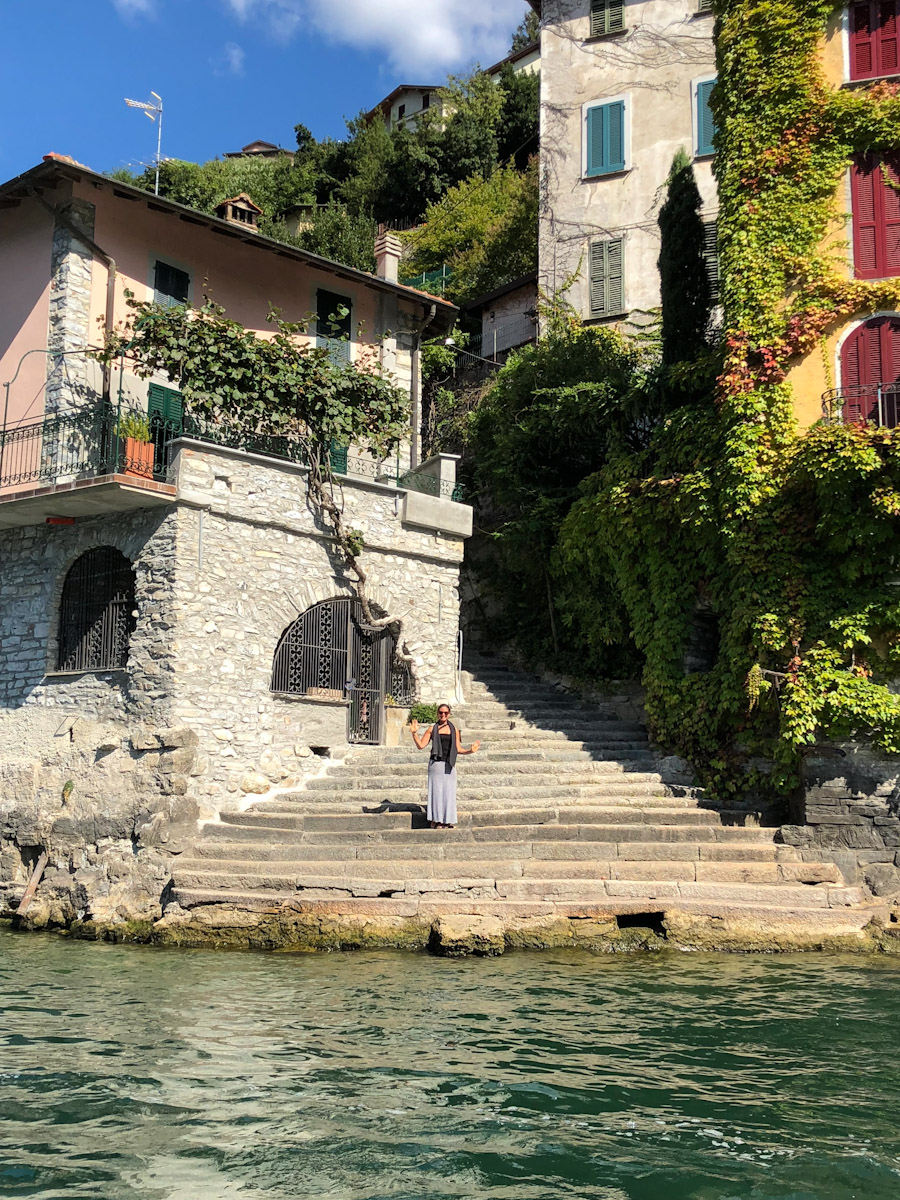