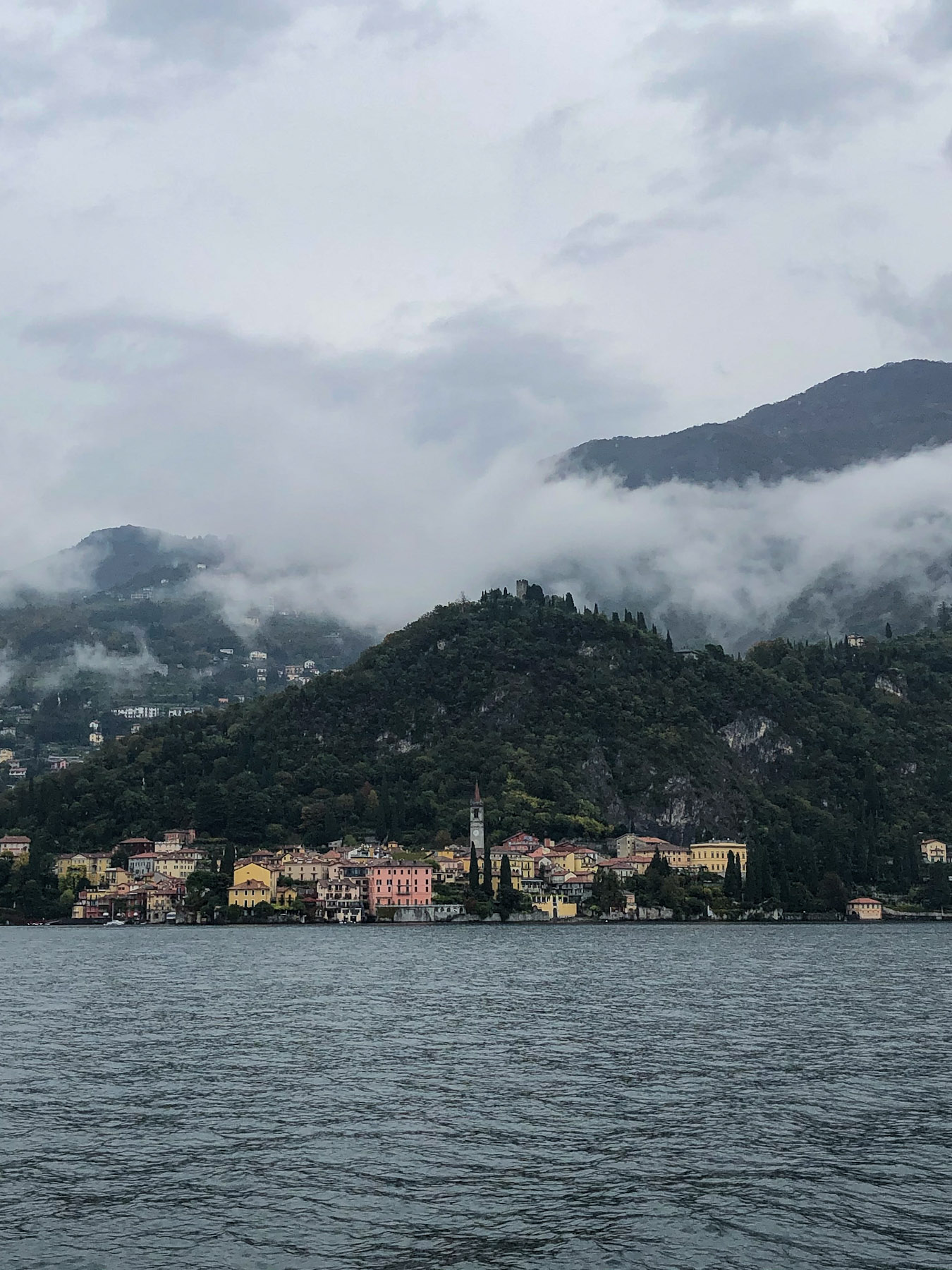 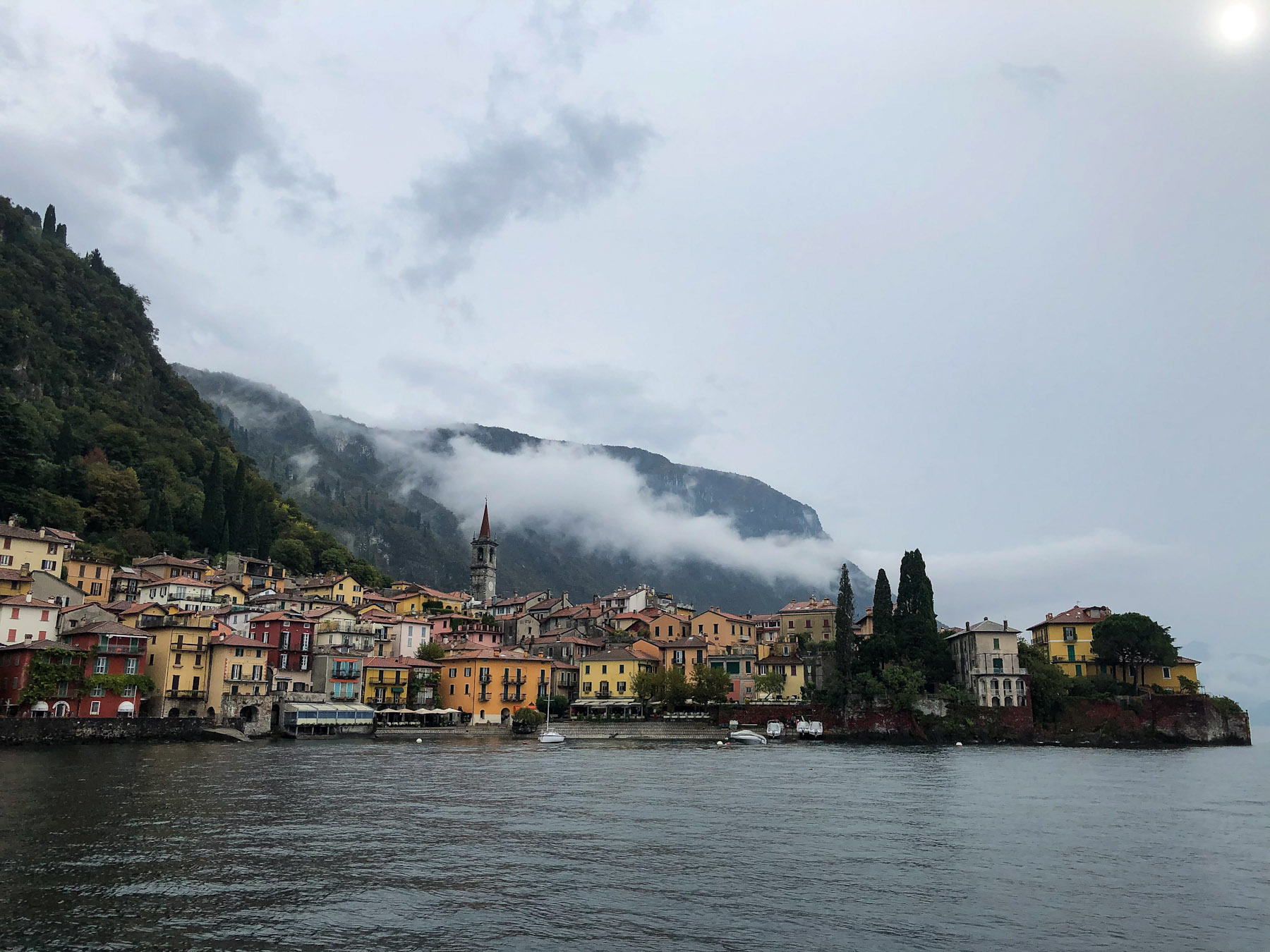 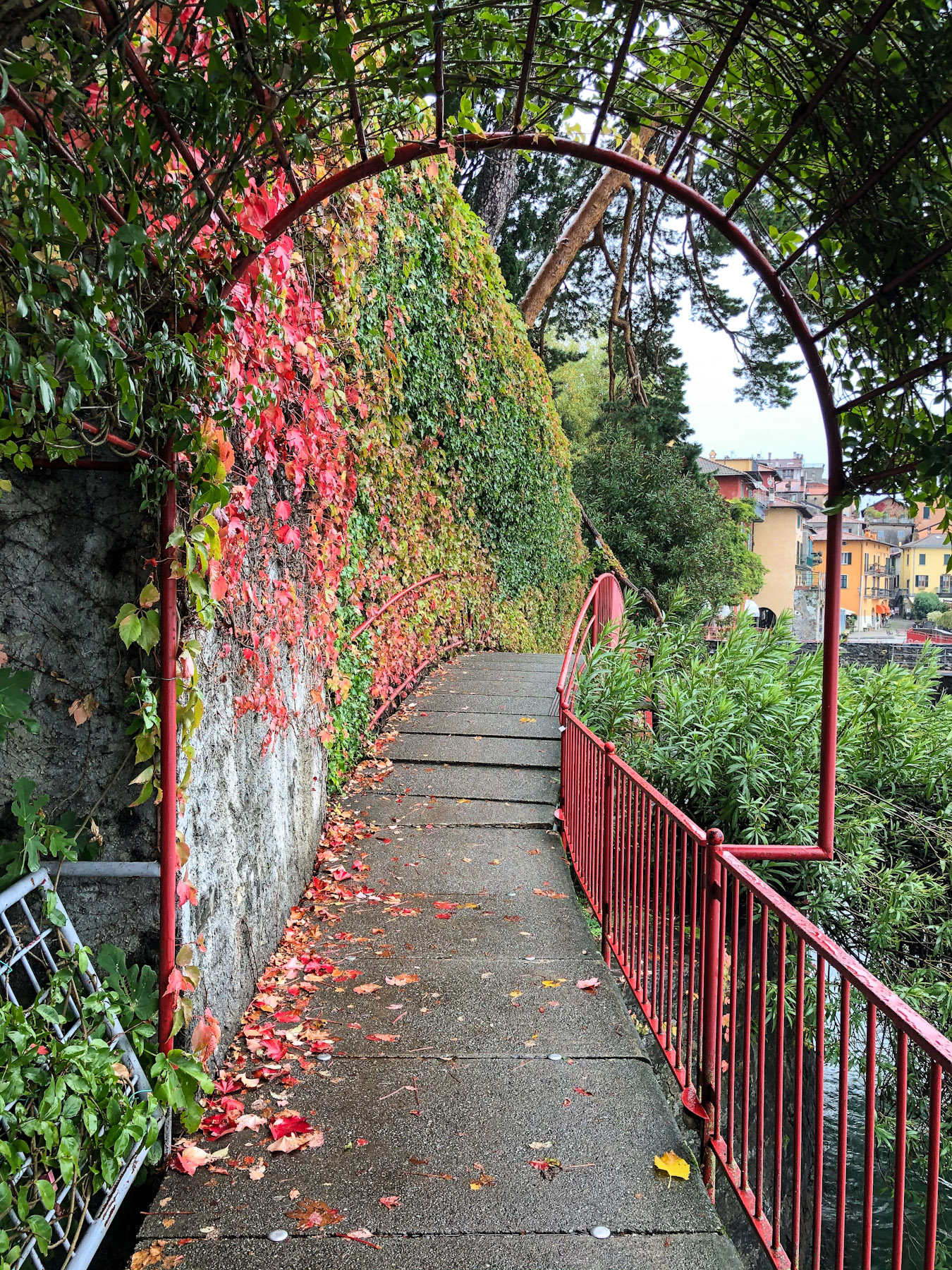 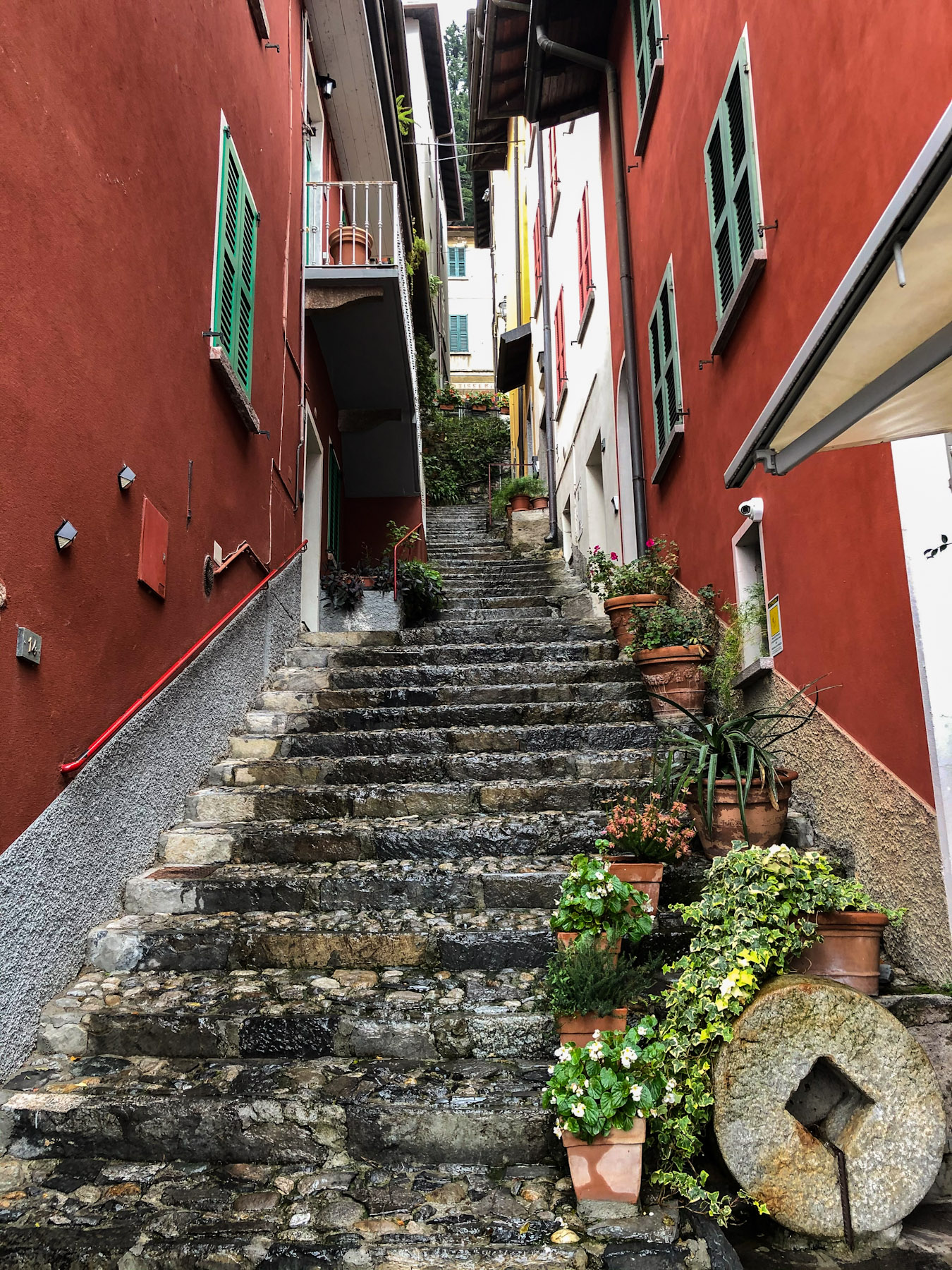 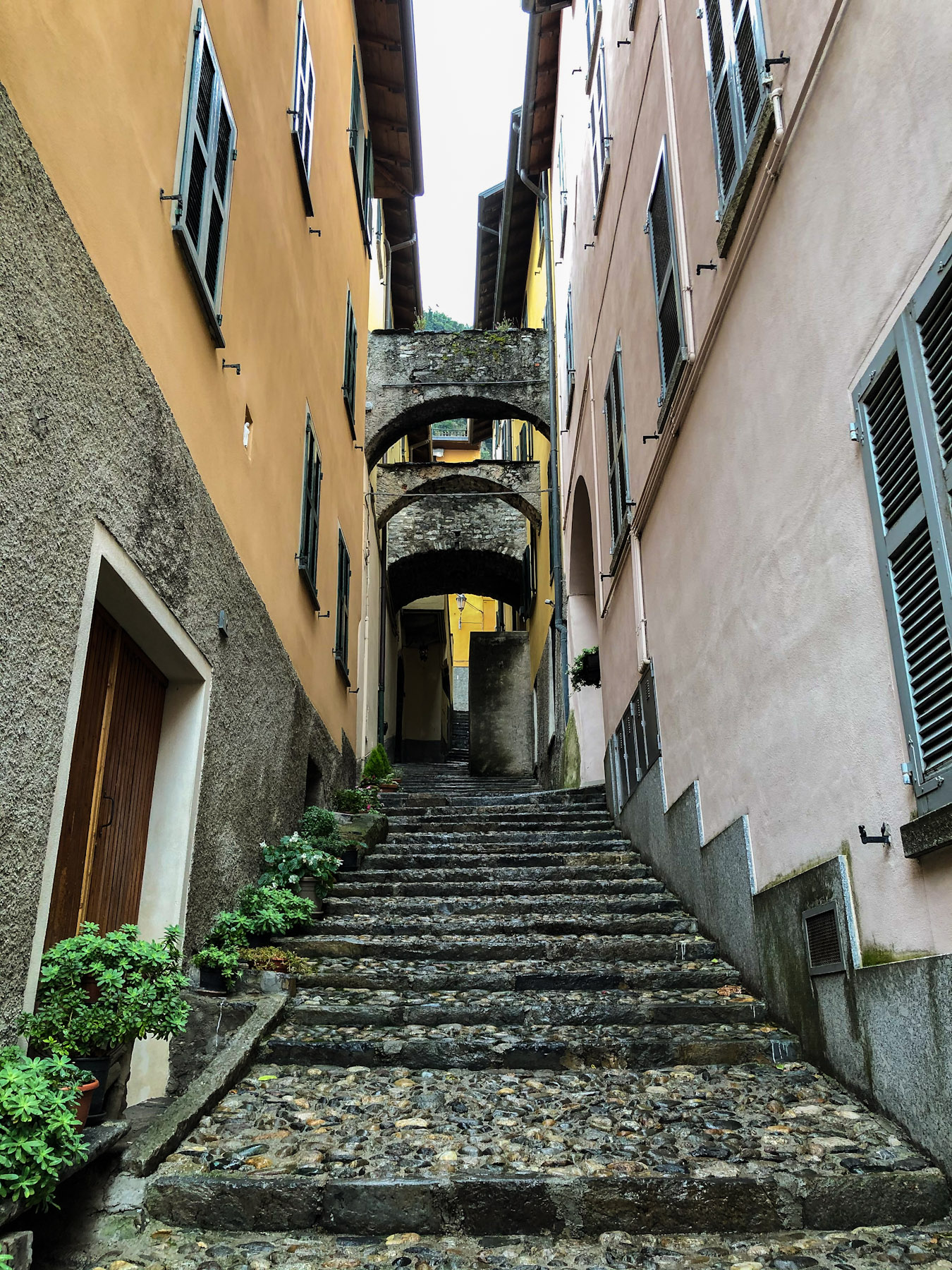 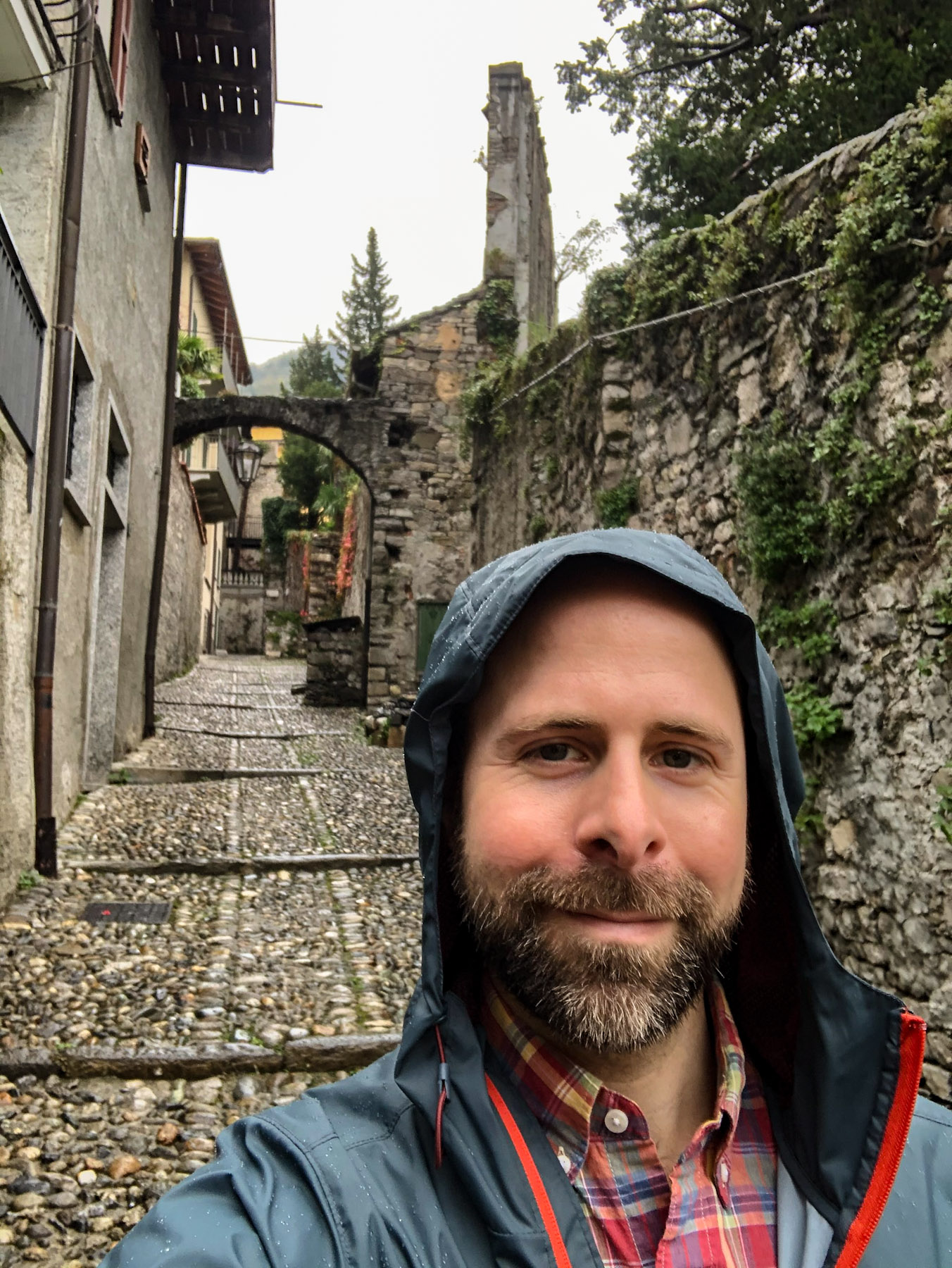 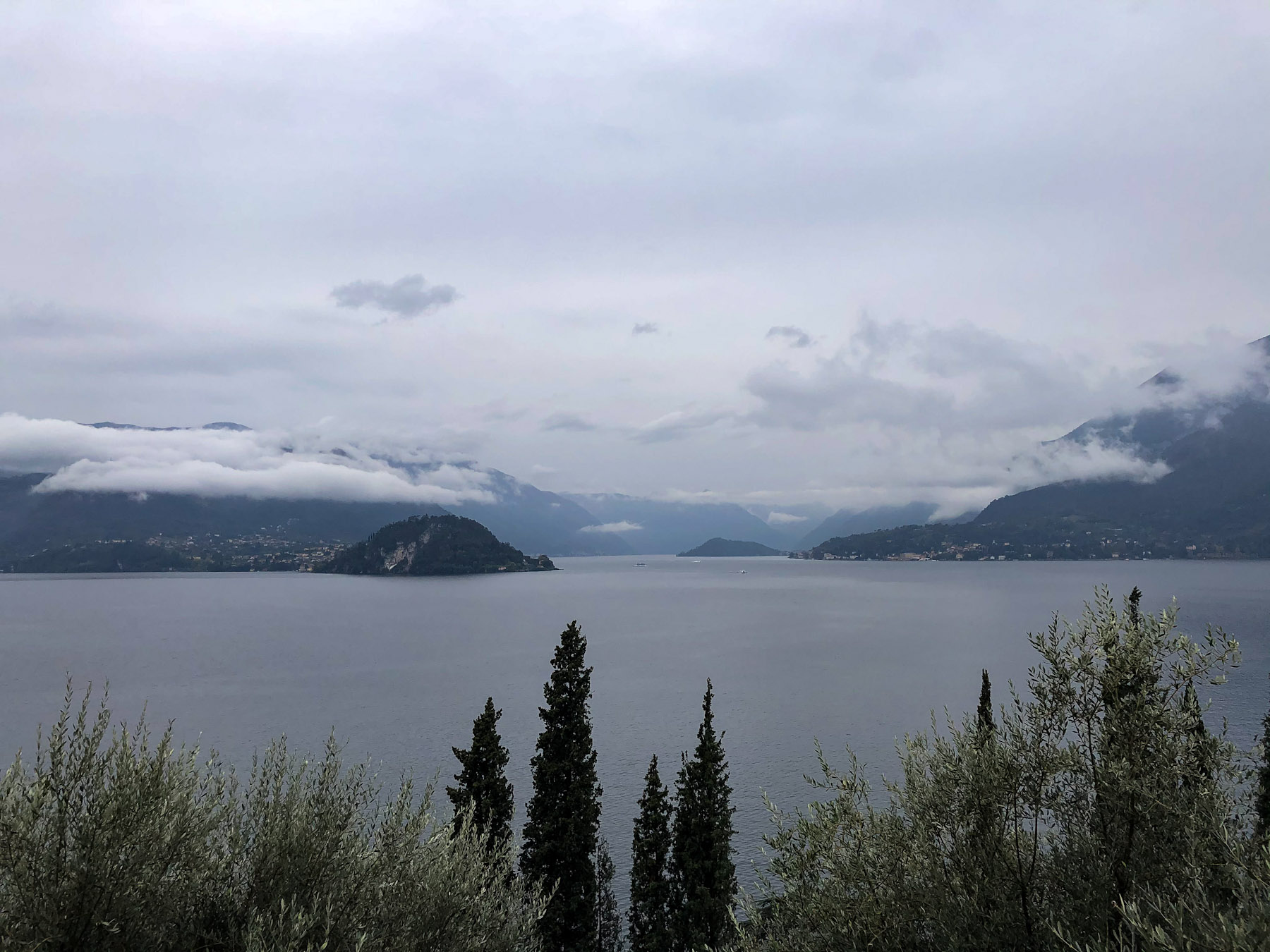 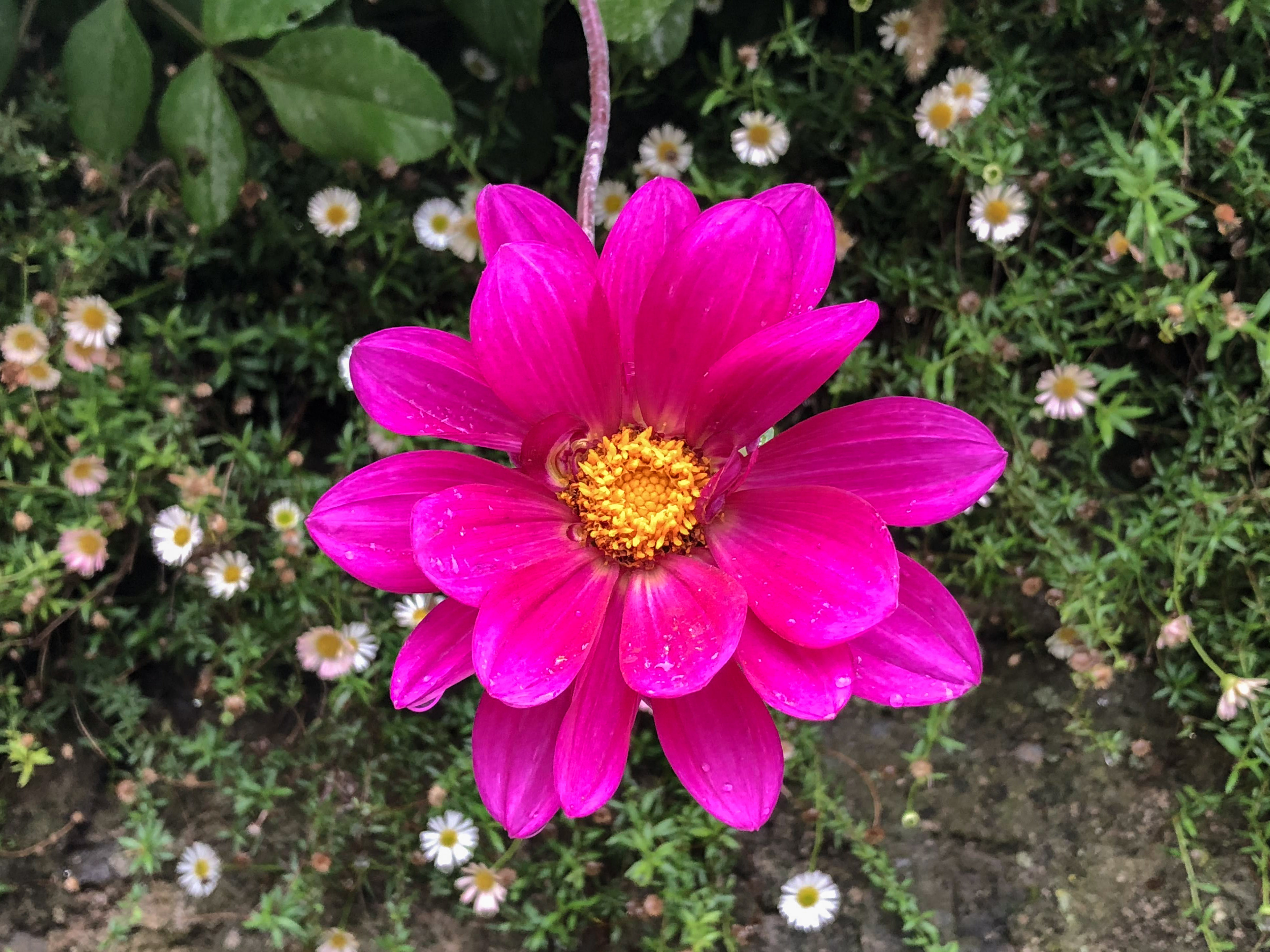 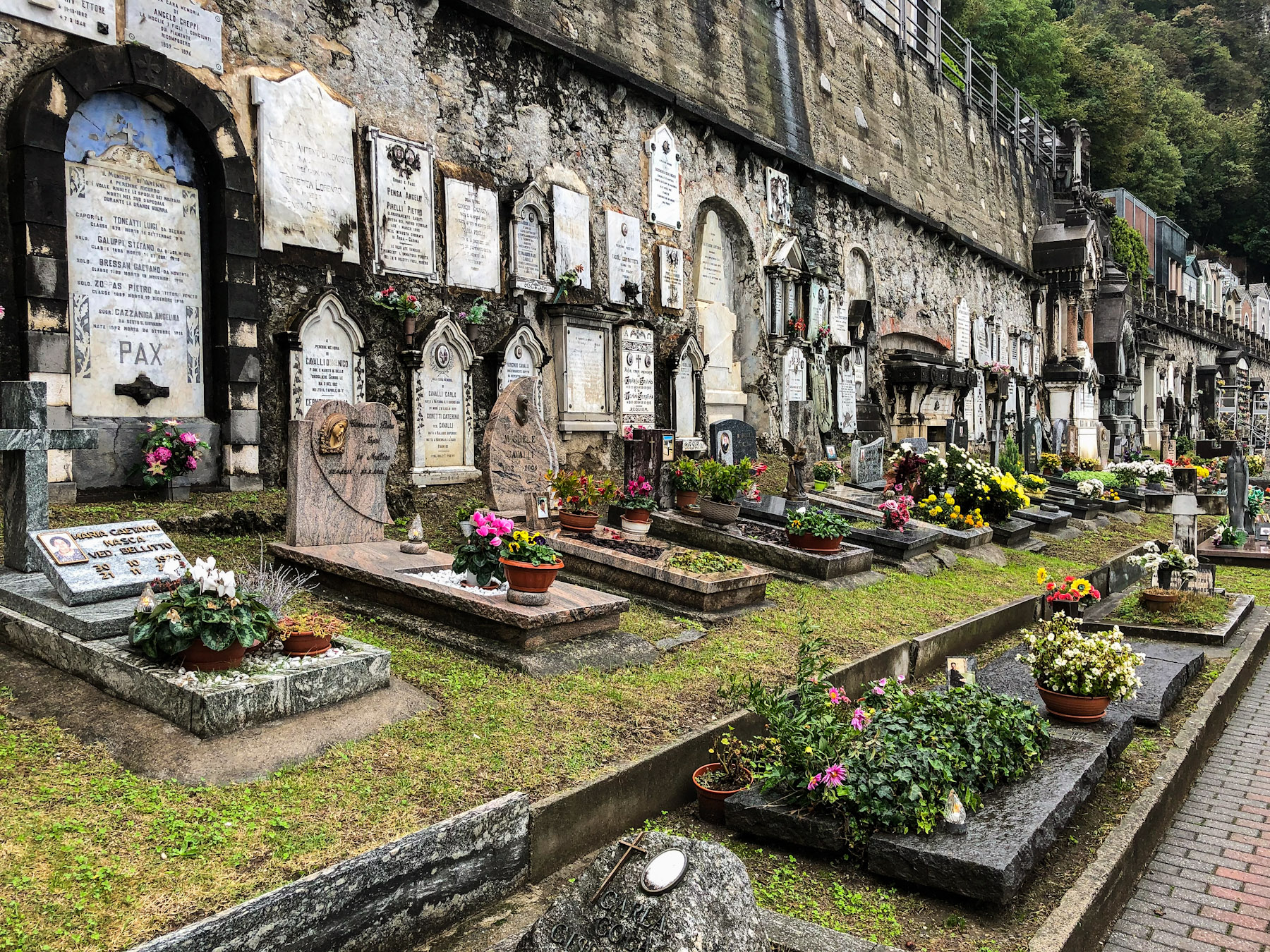 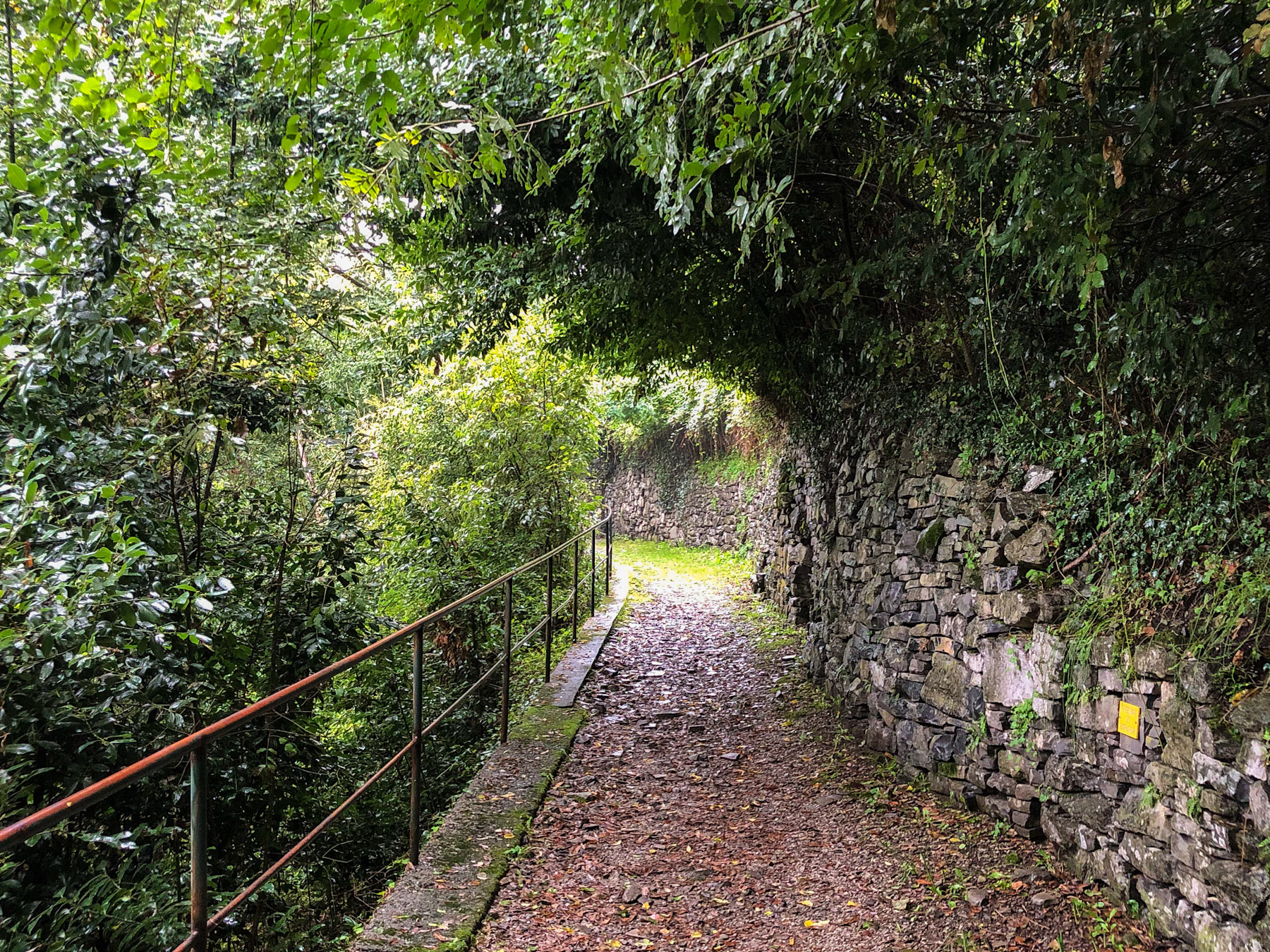 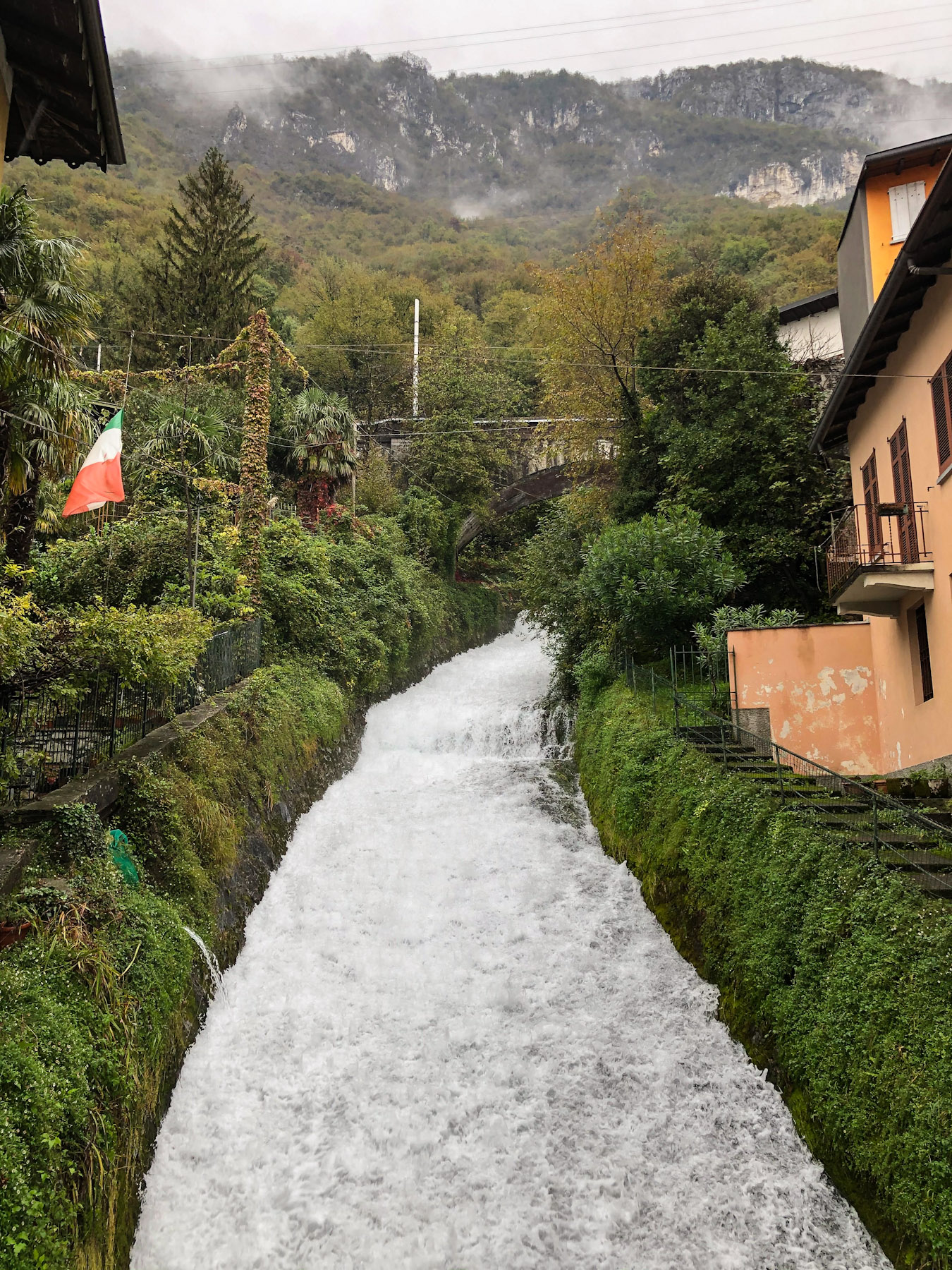 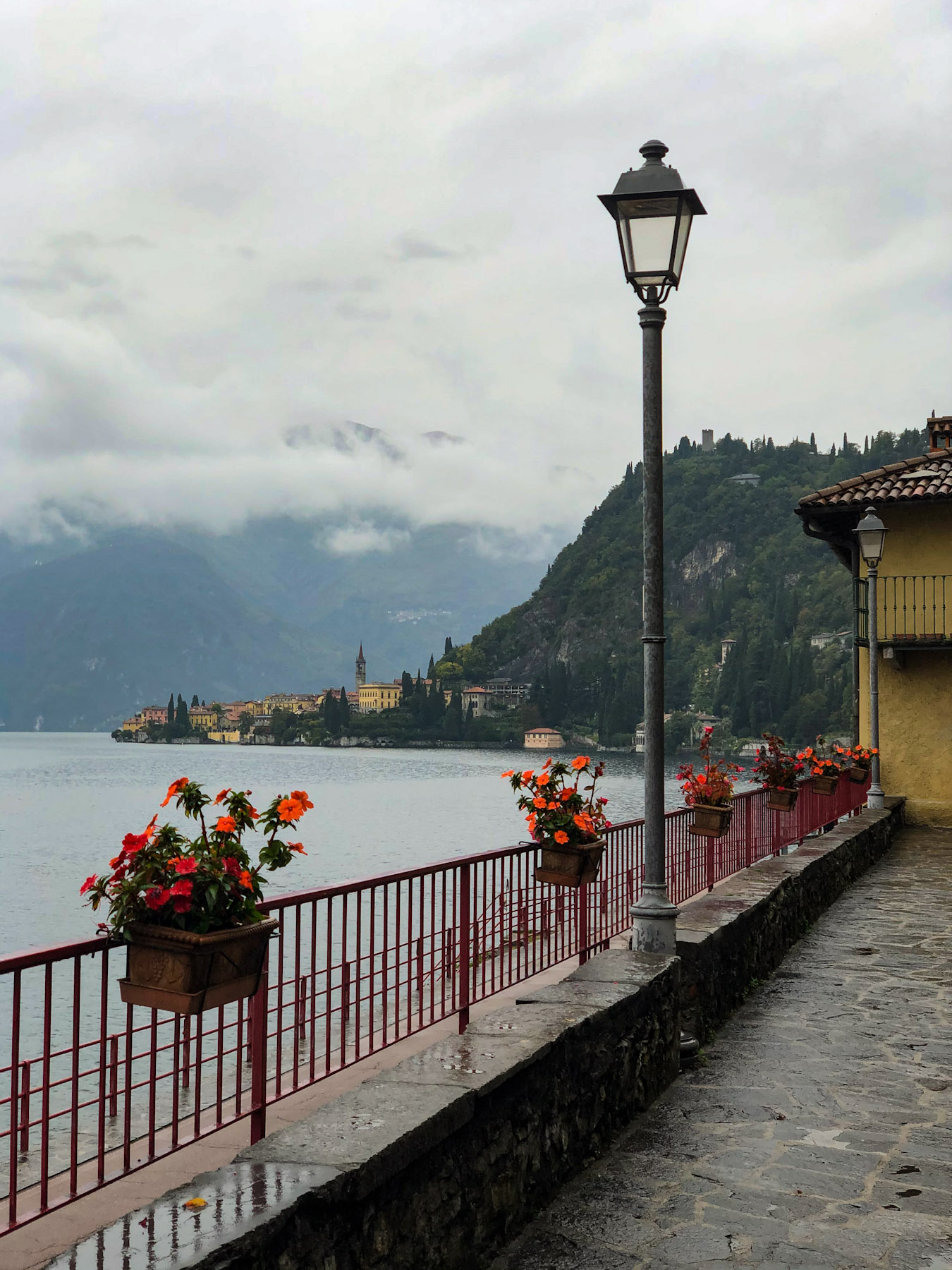 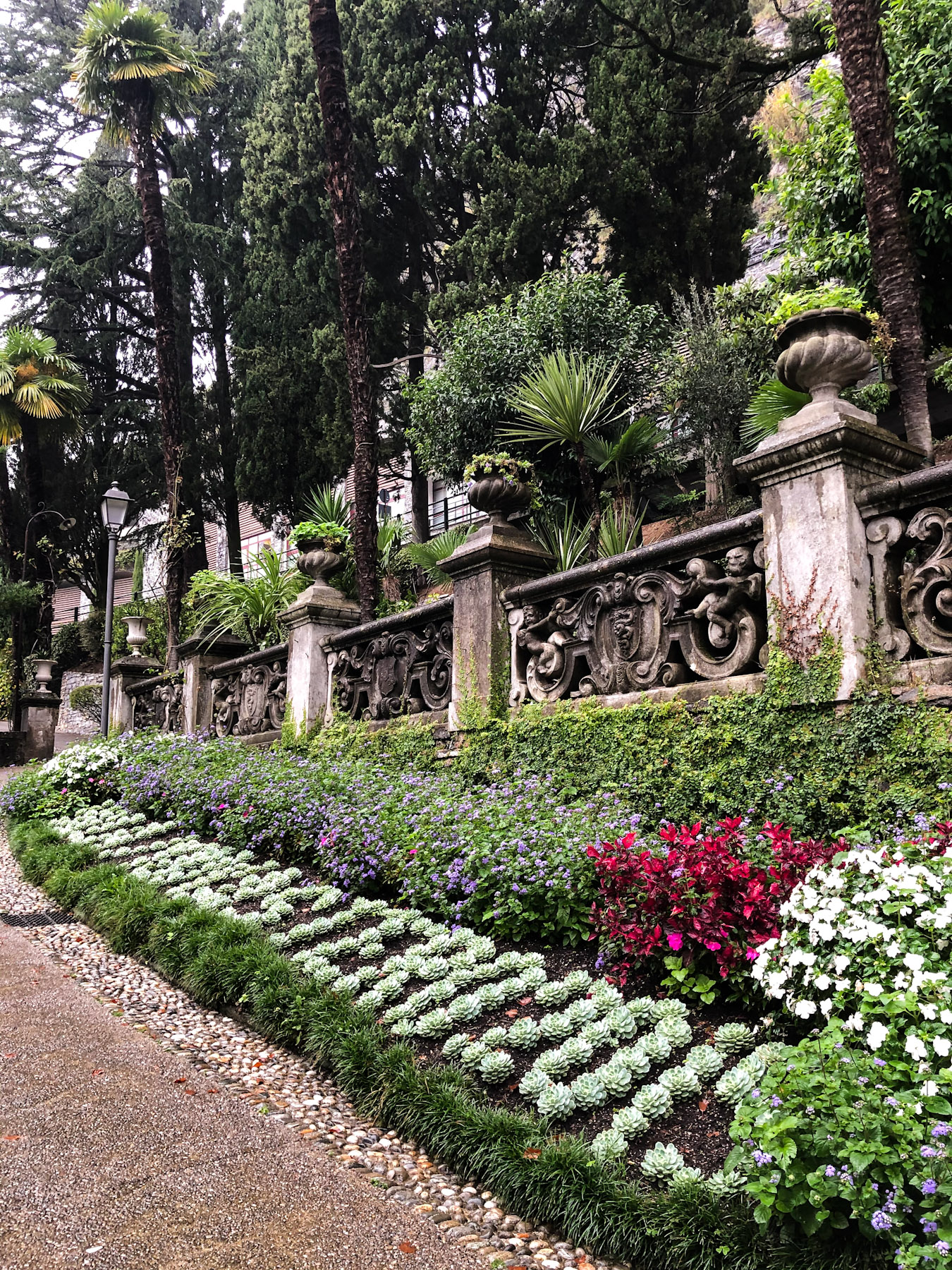 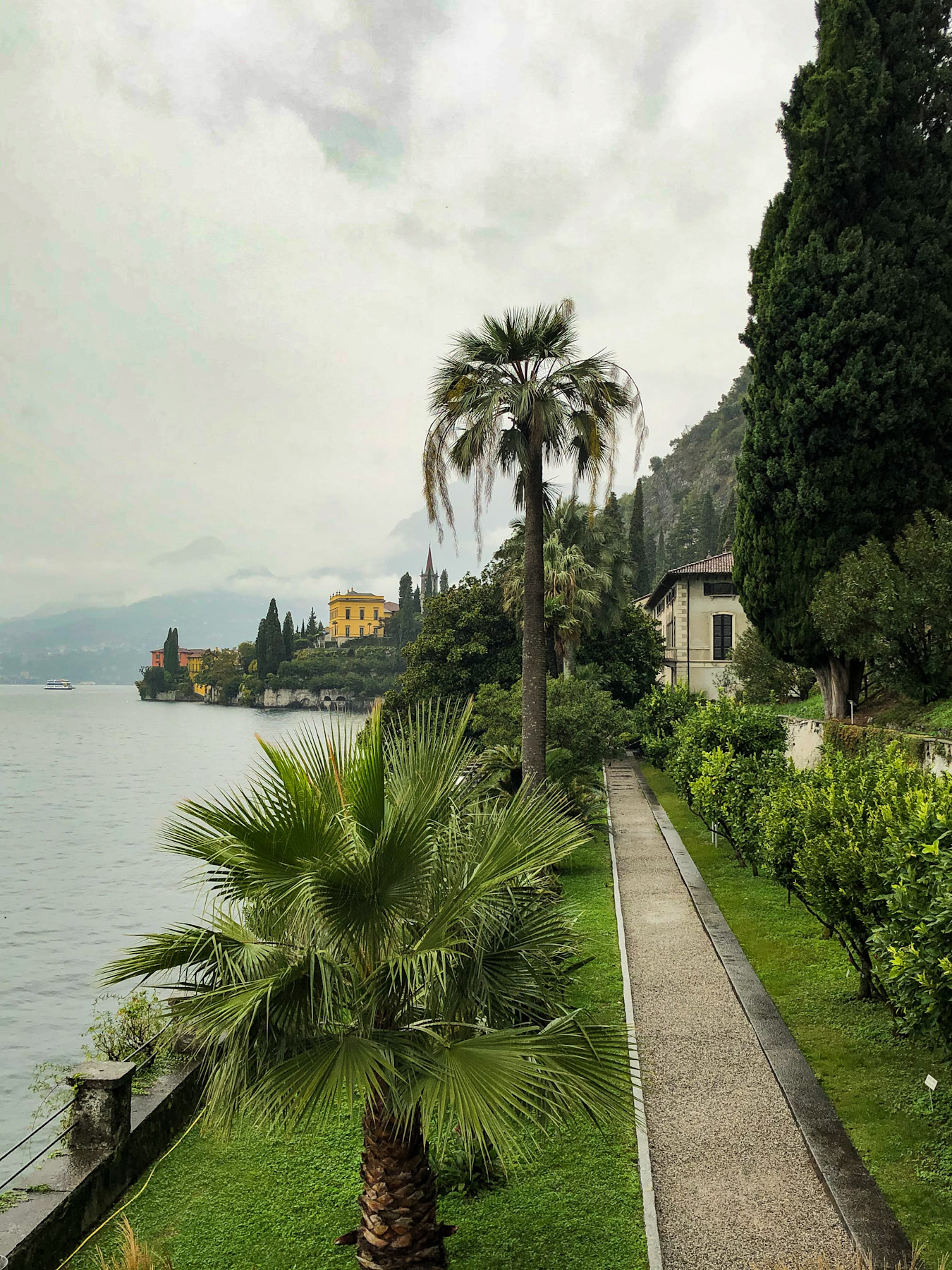 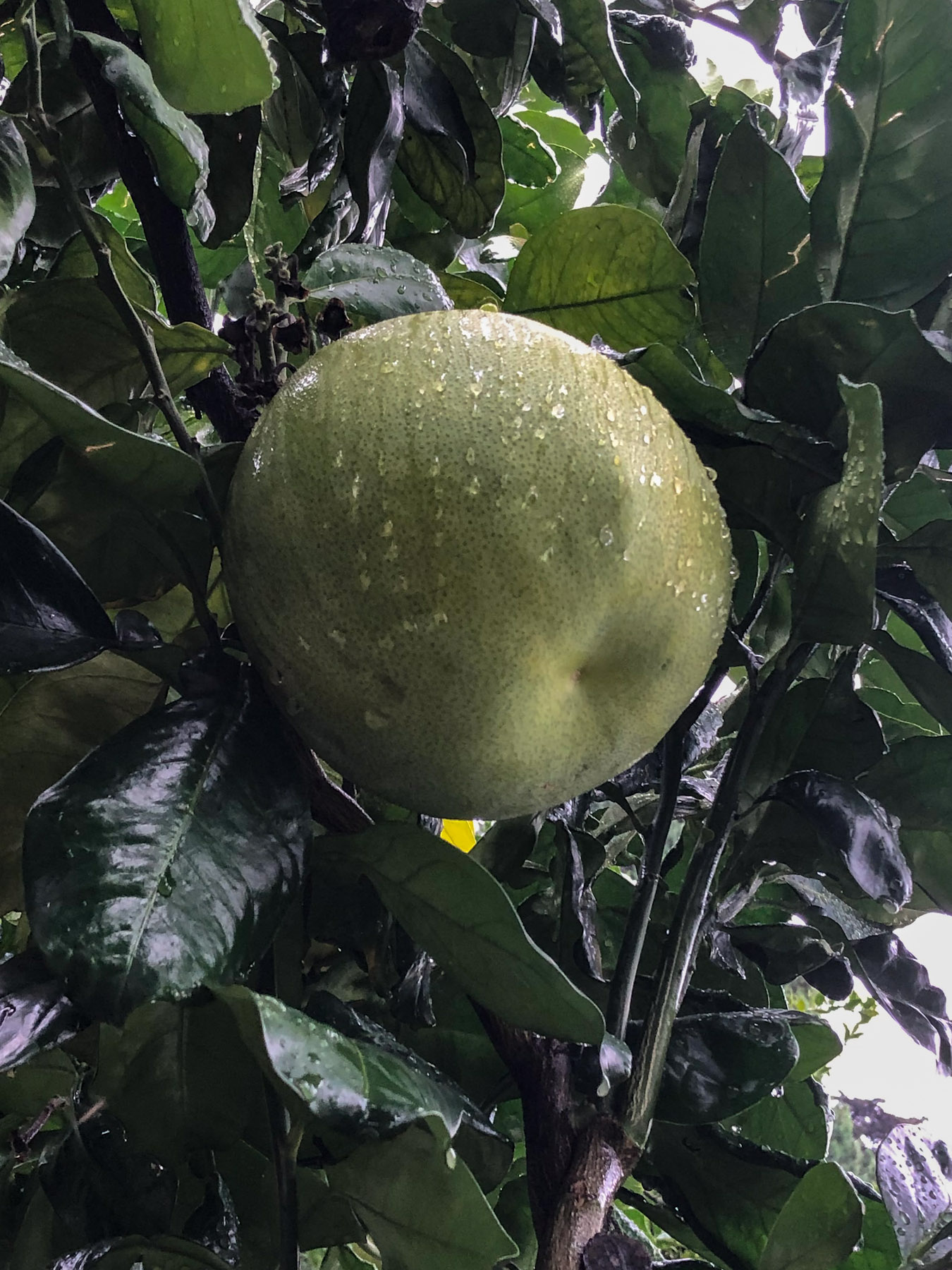 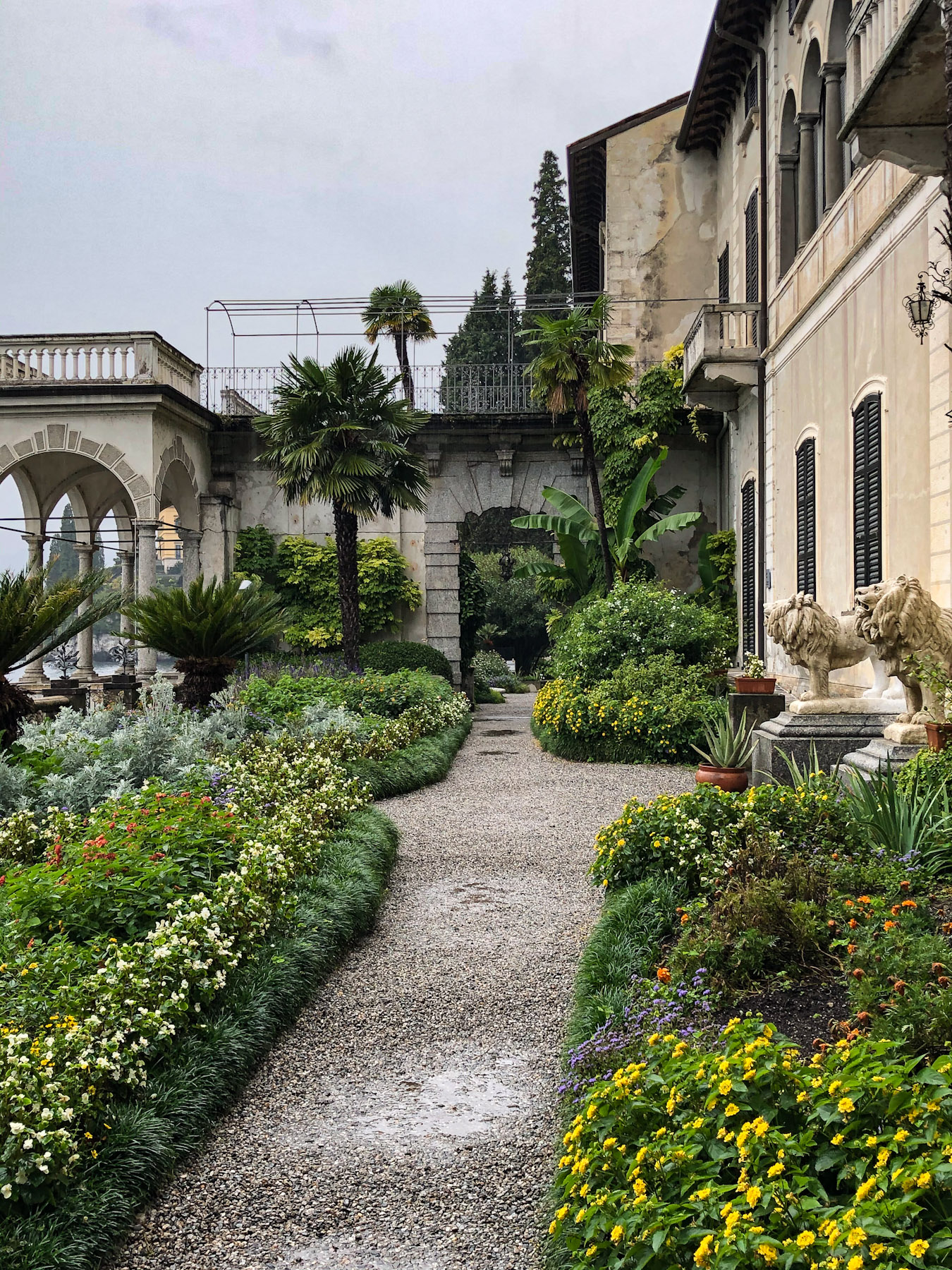 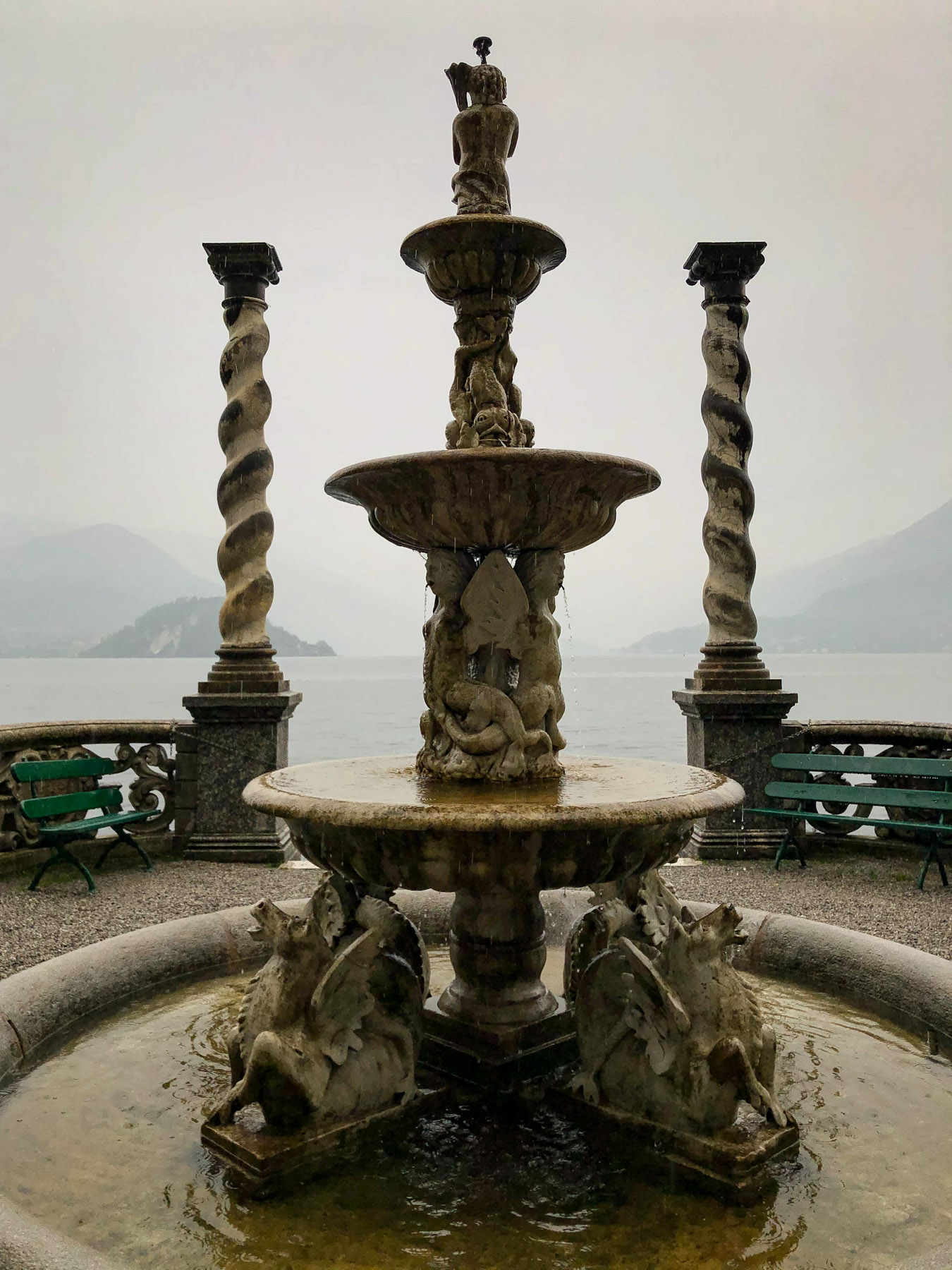 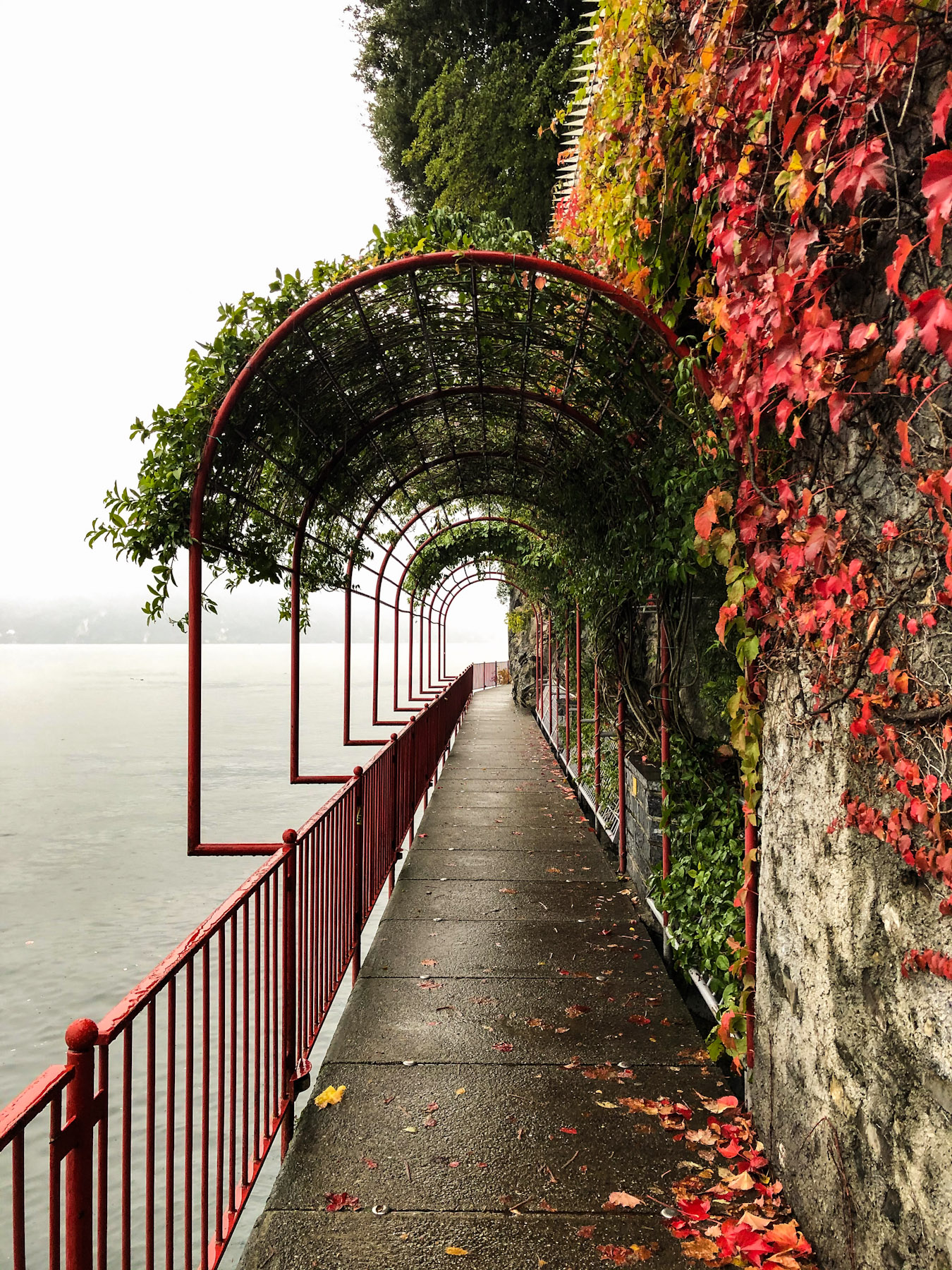 Varenna is one of the most charming villages in all of Italy, and it even retains its charm in the rain. On the day I was supposed to explore Varenna and its environs, it precipitated nonstop. Luckily, it was a gentle and windless rain, which enabled me to stick to my itinerary and still enjoy the pleasures of Varenna—with a slicker and umbrella in tow.

Set on the eastern shore of Lake Como, Varenna was founded in the sixth century as a fishing village. Not much has changed since then. Low-slung buildings in beguiling shades of pastel drape down a steep hillside that juts ever-so-slightly into the lake, forming a natural harbor. The waterfront is lined with bars, trattorias, and gelaterias that look out to Monte Crocione and Monte di Tremezzo, rising liking giants from the brink of the western shore.

From Bellagio, the traghetto ferry whisked me across the lake to Varenna. When I discovered it was supposed to rain all day, I was at first disappointed. But as soon as I got on the ferry, I was immediately allured by the calming, monochromatic gray color scheme that unfurled before me—silver waters against emerald-tinged charcoal mountains with wisps of low-hanging platinum clouds. The colors of the surrounding lakeside villages popped like sprinkles against a veil of vanilla mist. Overcast skies and a little precipitation weren’t going to ruin my day.

At the imbarcadero, I set out on the Greenway dei Patriarchi, a four mile path that hugs the lakeshore from Varenna to the neighbhoring hamlet of Fiumelatte. My original plan was to follow the greenway to the Sentiero del Viandante, which would take me up to Castello di Vezio, an 11th-century fortification on a hilltop suspended above Varenna. However, despite my inner drive to make the most of the day, the cobblestone pathways were very slippery and, knowing me and my clumsy nature, I was bound to wipe out and potentially hurt myself. So instead, I followed the greenway around the Varenna peninsula and explored the steep and narrow contradas that connect the path with the Piazza San Giorgio, a square in front of the namesake church whose campanile can be seen dangling above the village rooftops.

It was nearing lunchtime, and one must eat pizza for lunch when in Italy. I found a waterfront spot with a covered terrace and ordered my favorite combination: bresaola, parmigiano, and arugula. To my surprise, there were a few other patrons eating around me. I guess they, too, weren’t going to let the rain squander their day. The pizza was perfetto.

After devouring the entire pie, I retraced my steps along the greenway and followed it south past the renowned Hotel Villa Cipressi and Villa Monastero, where it crossed over the main road and up a narrow sloped lane. As I ascended, commanding views of the lake appeared from above the treeline. To my left were ancient terraced walls with aster daisies growing out of the crevices and cascading electric pink dahlias and zinnias, bobbing from the weight of the droplets.

The path led past the Cimitero di Varenna, the village cemetery home to a city of elaborate and ornate grave sites bedecked with marble statues, multicolored gravestones, and potted flowers that looked freshly tended to. The Italians take very good care of their dearly departed. I continued along the greenway, which followed a parallel course with the Lecco-Sondrio railroad through the wooded mountainside. Eventually I could hear the roar of rushing water—it was Fiumelatte, the shortest river in Italy. A footbridge crossed over the river, which came pouring down the mountainside and emptied into the lake below. Homes were built into the slopes alongside the surge. They didn’t look very secure, but I’m sure they’ve been there for hundreds of years.

I followed signs for the Sorgente del Fiumelatte, the source of the river, which flows out of a cavity of the Grigna several hundred feet above the village. A series of perpendicular stairwells and rocky ledges along the northern flank of the river finally leveled out at a picnic area, with even more stairs that led to the official sorgente, which was essentially a cave with an accompanying deluge of water. From the sorgente, I hooked up to the Sentiero del Viandante, which traversed the heavily wooded hillside high above the greenway and eventually brought me back to the cemetery.

On my way back into Varenna, I stopped for a spin around the botanical gardens of Villa Monastero, which are arranged along a terraced strip of land that clings to the shore. Despite it being October, the gardens were still alive with colorful blooms, thanks to the Mediterranean climate of the Italian lakes. A sweet floral scent permeated the air, compliments of the villa’s collection of Jasminum specimens. Towering varieties of cypress, pine, and palm trees dotted the pathways, which were adorned with statues, bas-reliefs, and fountains. A row of citrus trees with green waxy leaves still bared some late-season bergamot and bitter orange.

After an hour, I wrapped up my tour of the gardens and headed back to the imbarcadero. Again with my impeccable timing—the next ferry was slowly making its way into the dock. It whisked me back to Bellagio, and I rushed back to the hotel to shower and change. I had a dinner reservation at The Market Place in Como, and was ready to commence another exhilarating day of solo travel with a three-course meal at one of the premier restaurants on the lake.