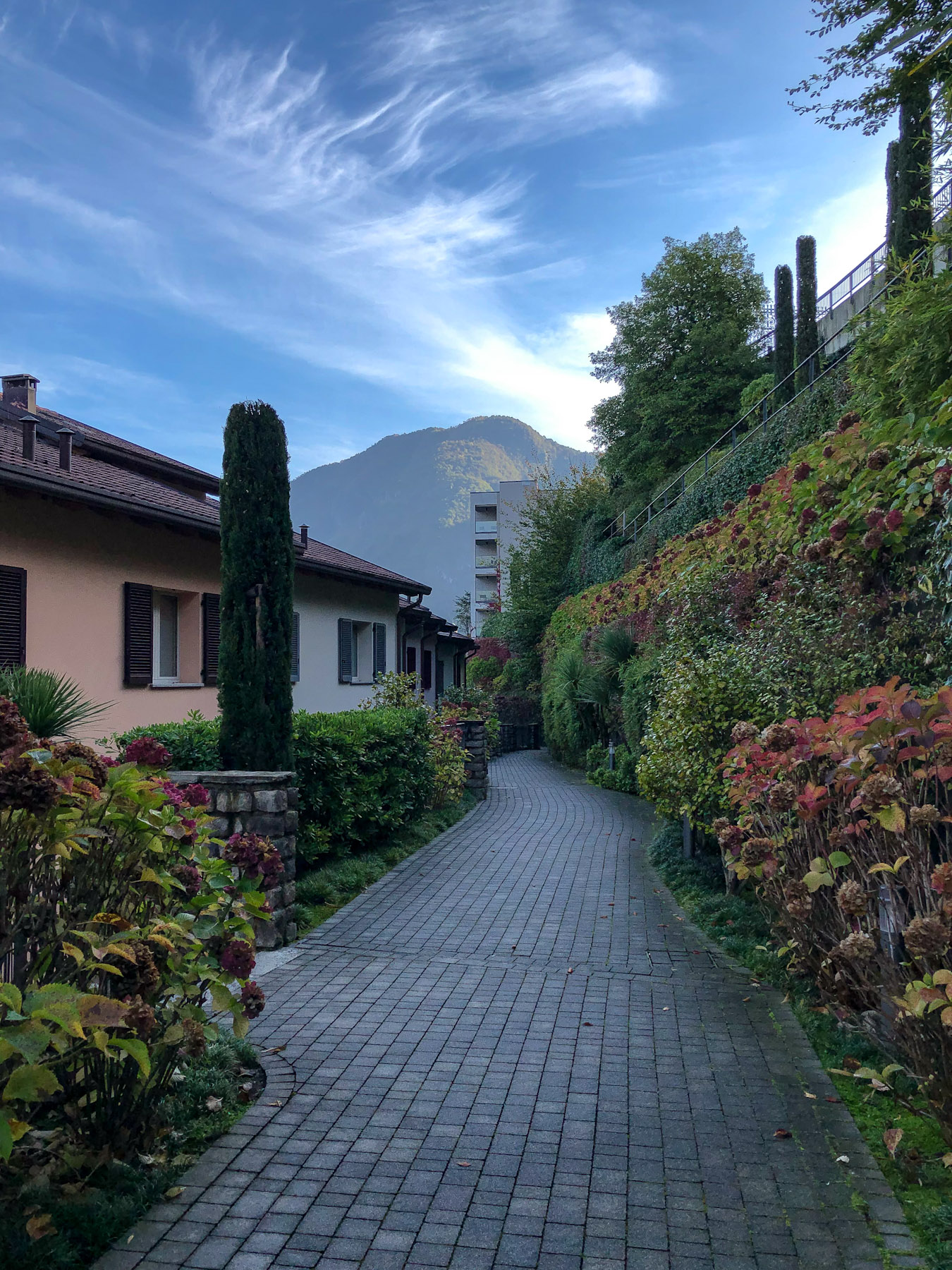 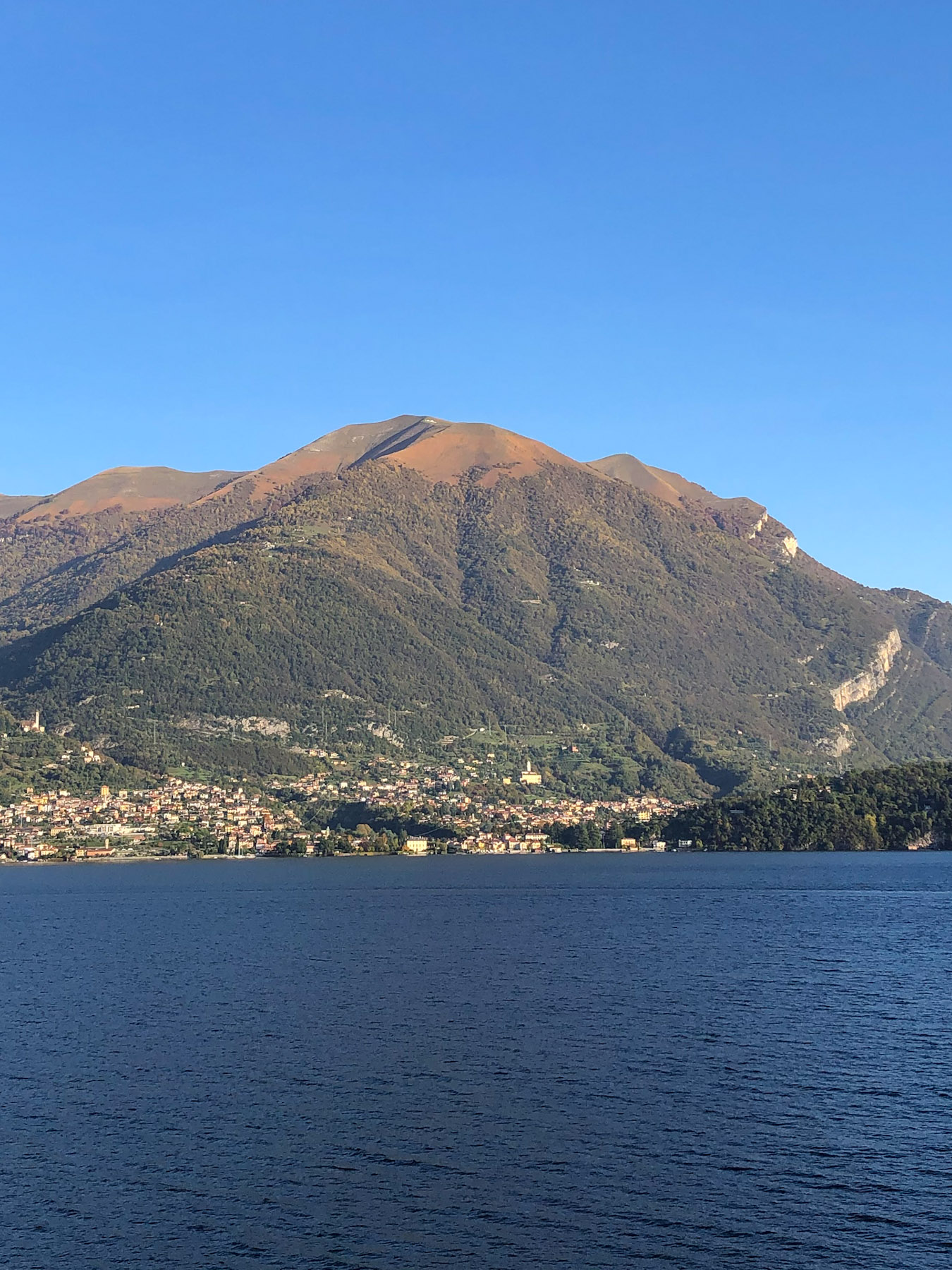 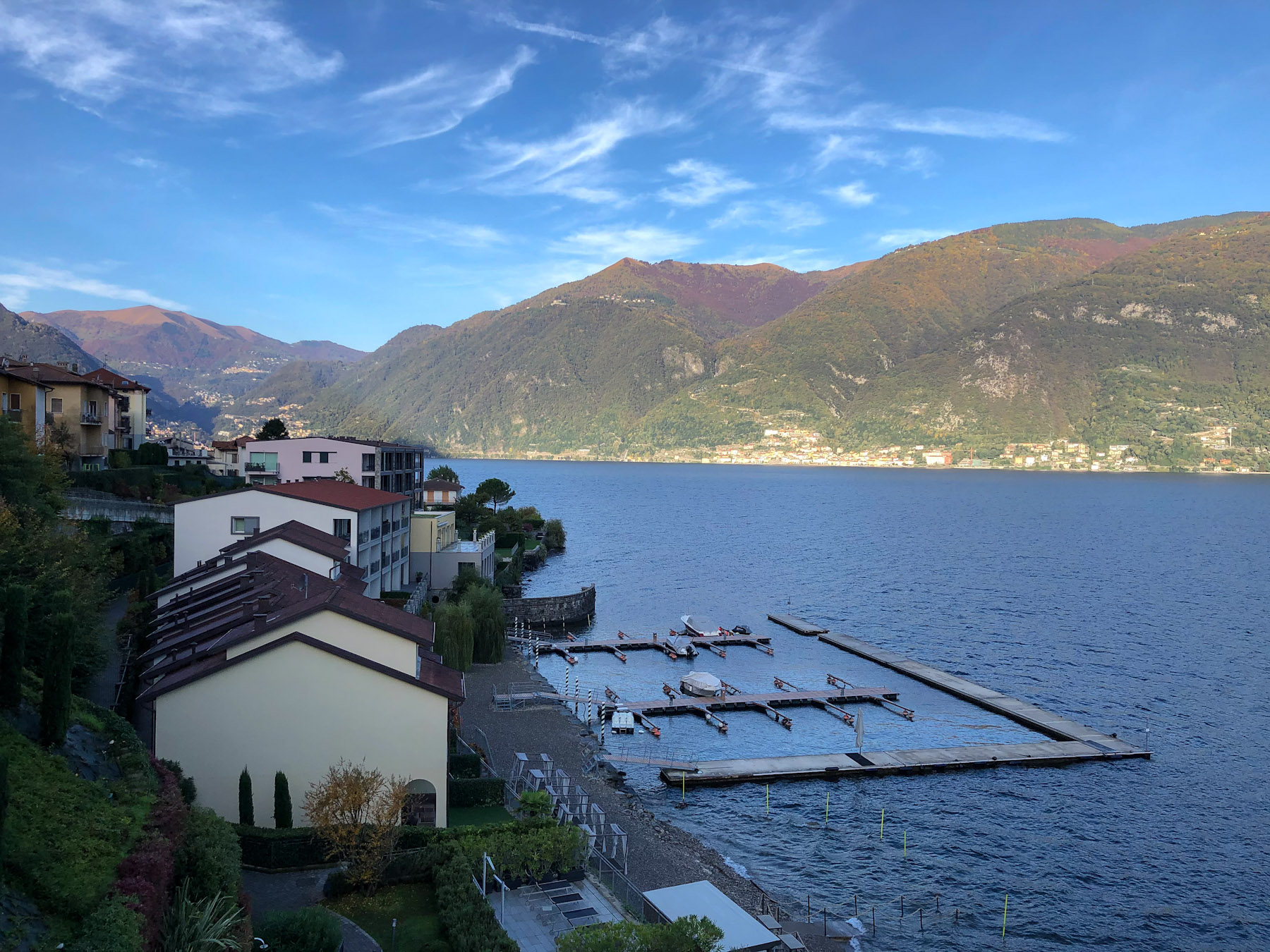 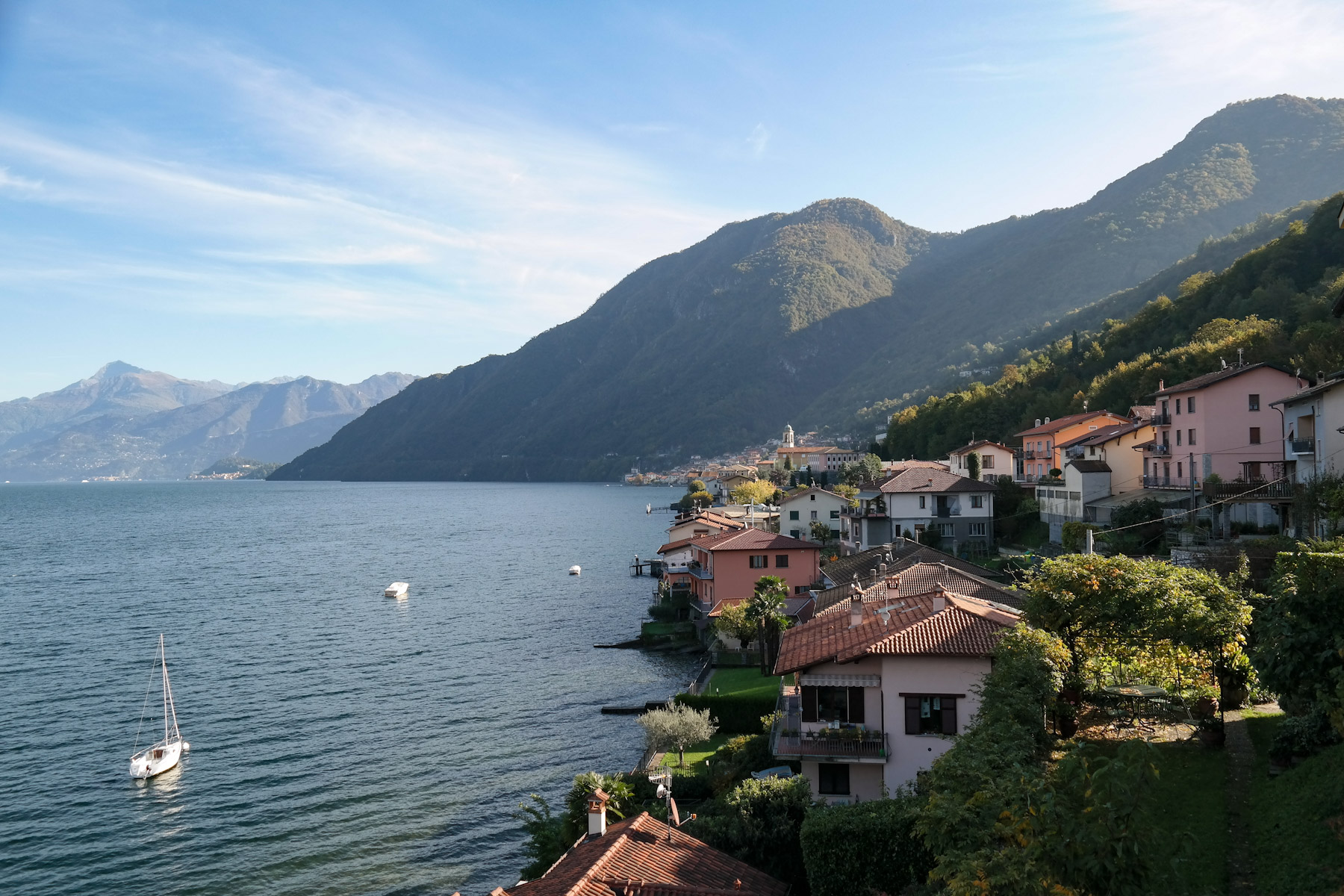 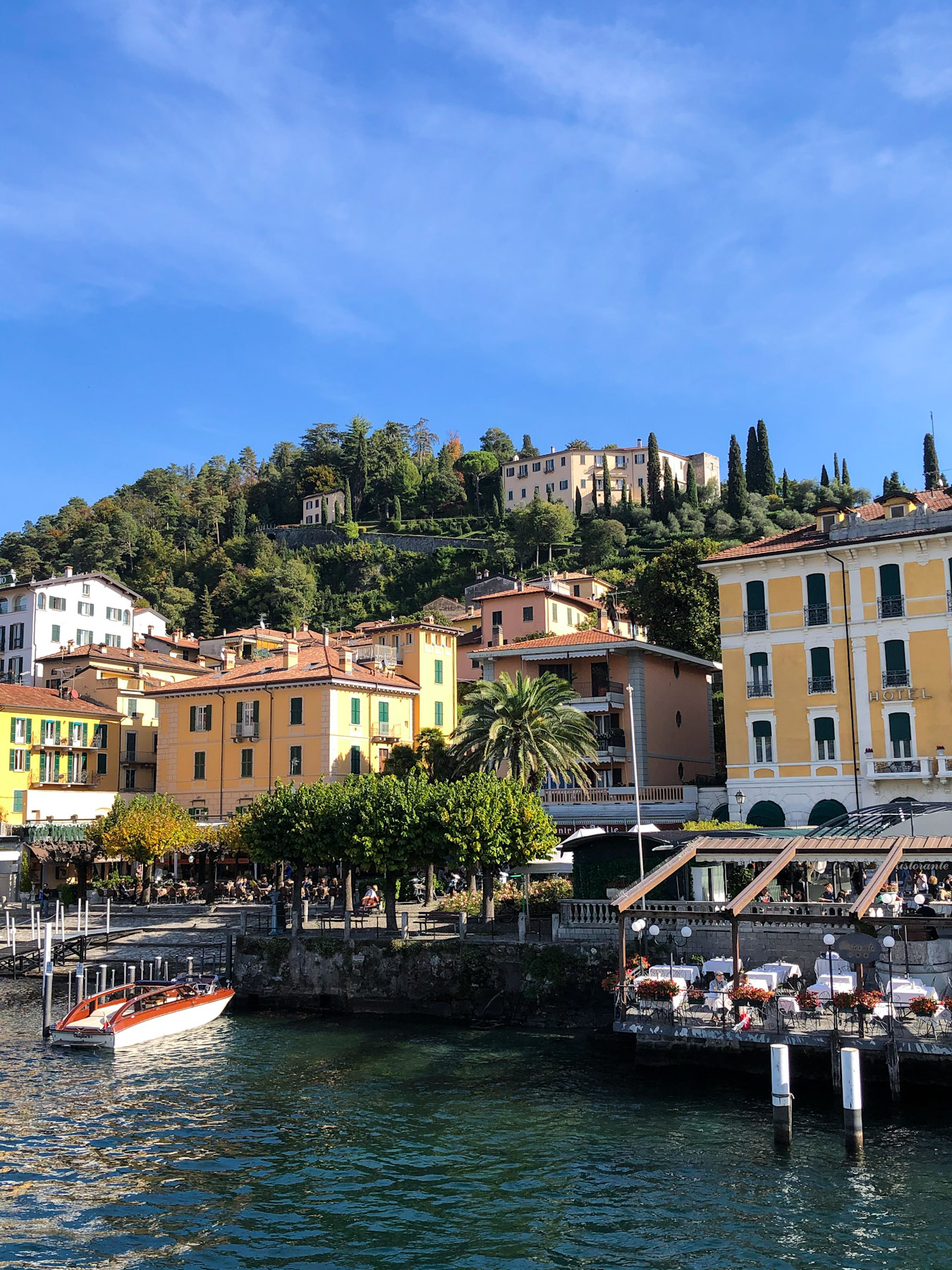 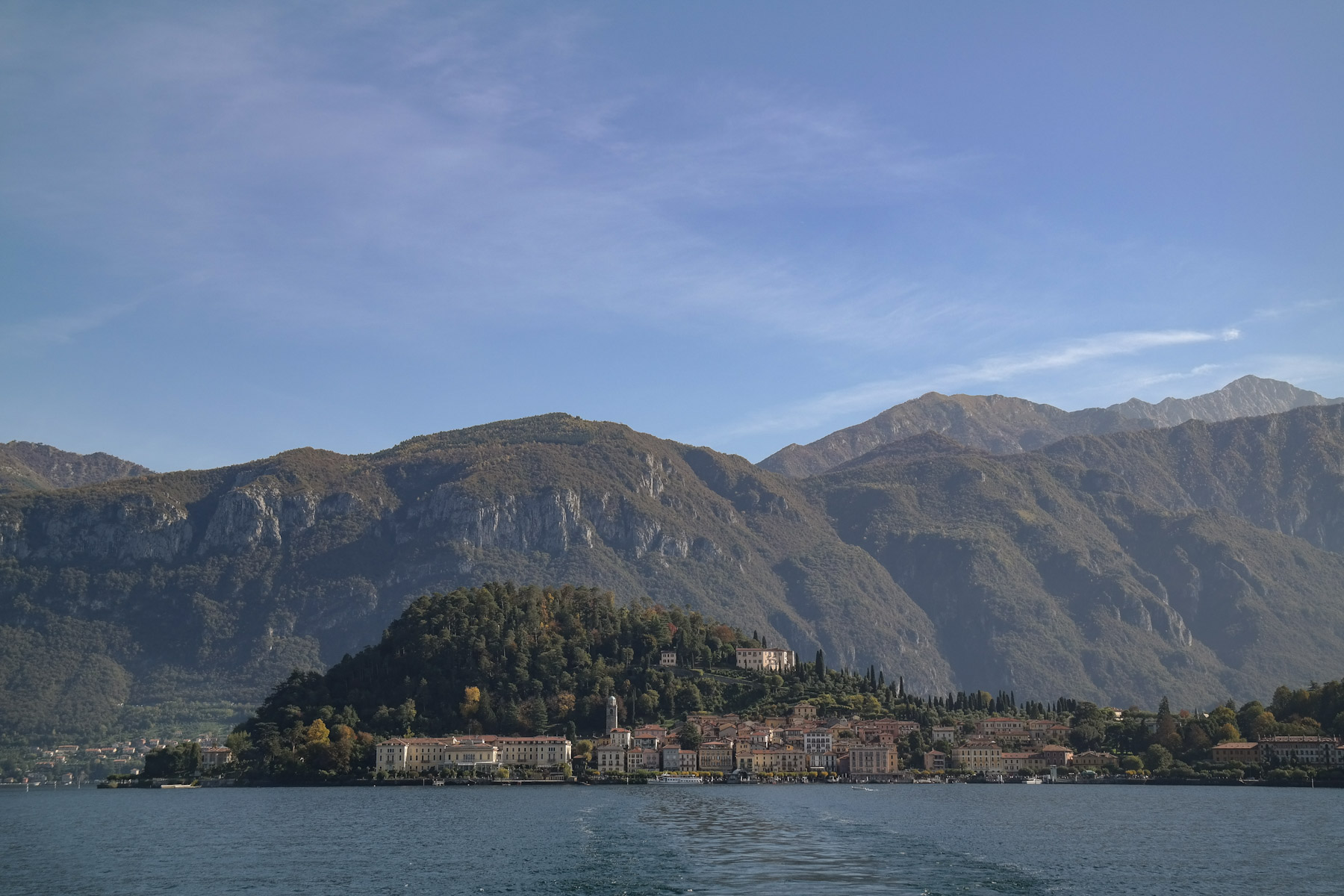 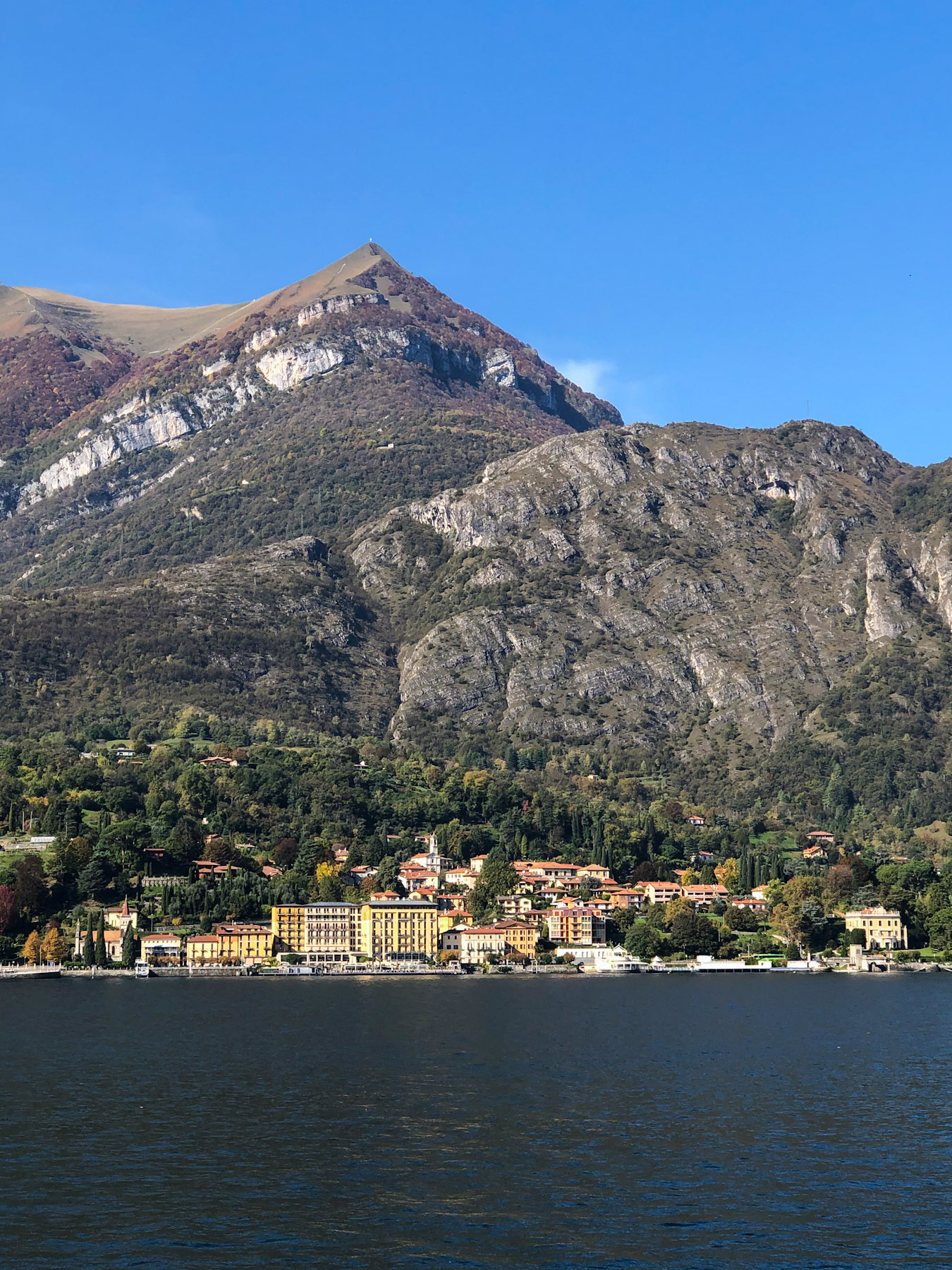 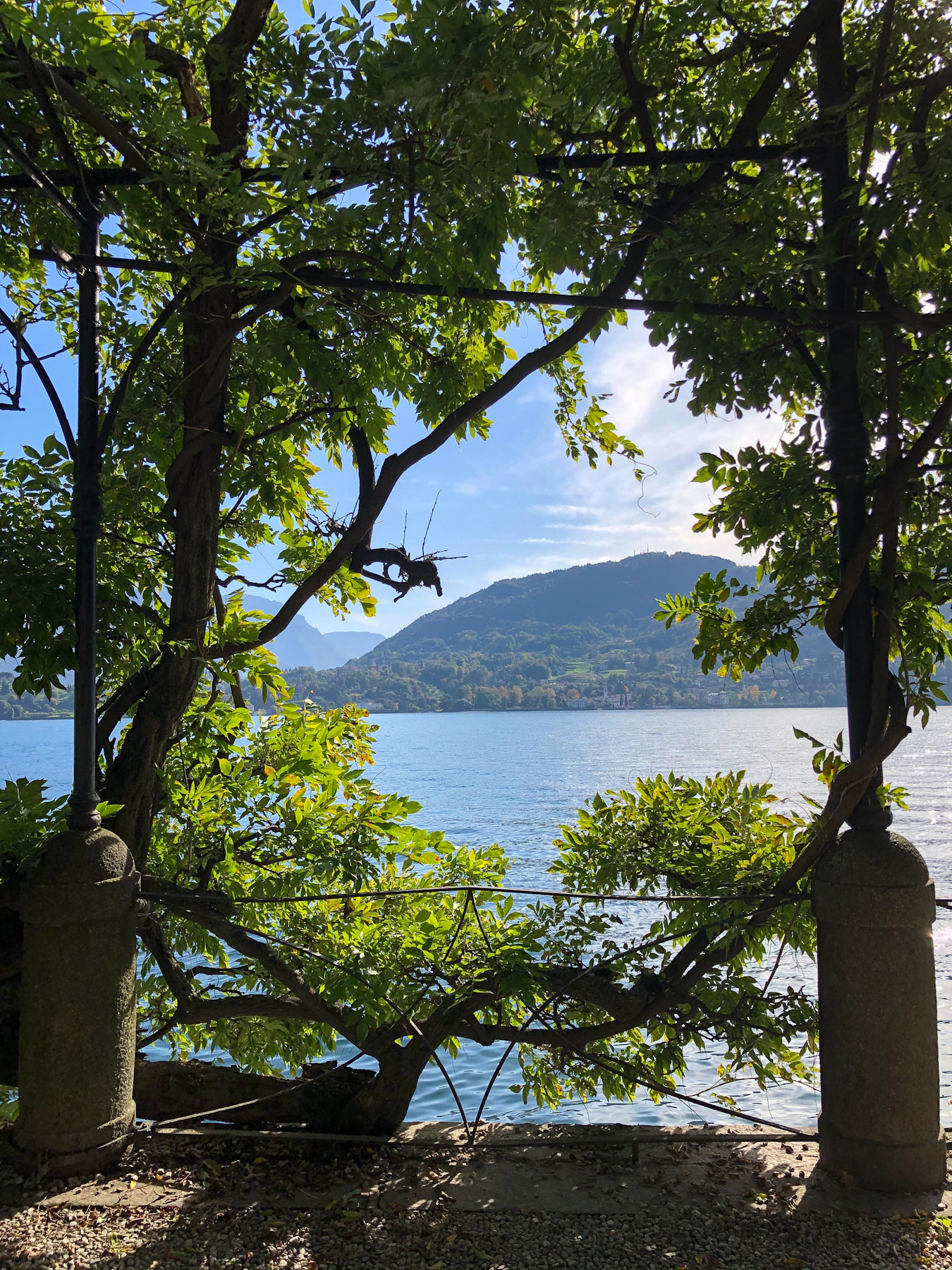 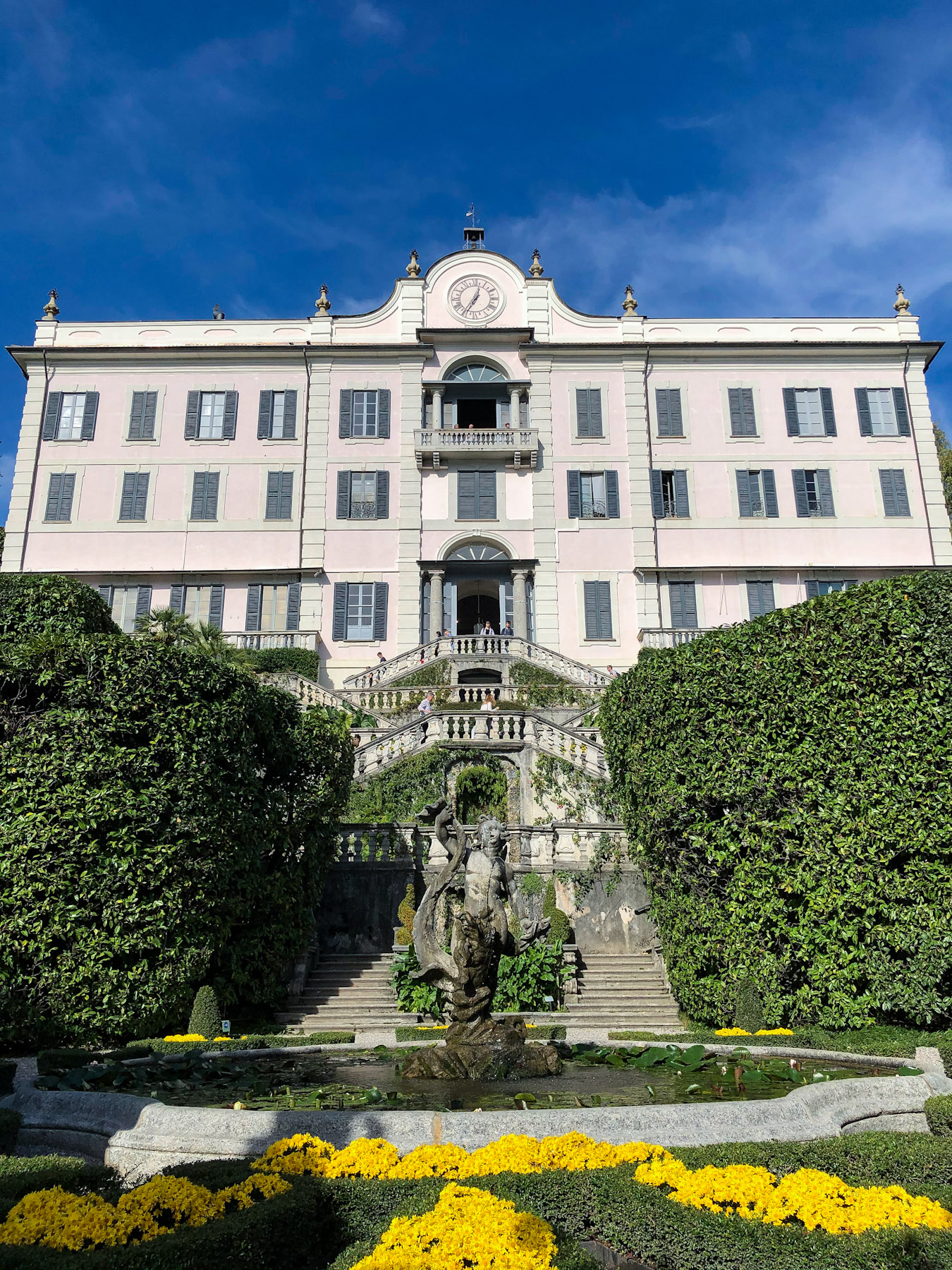 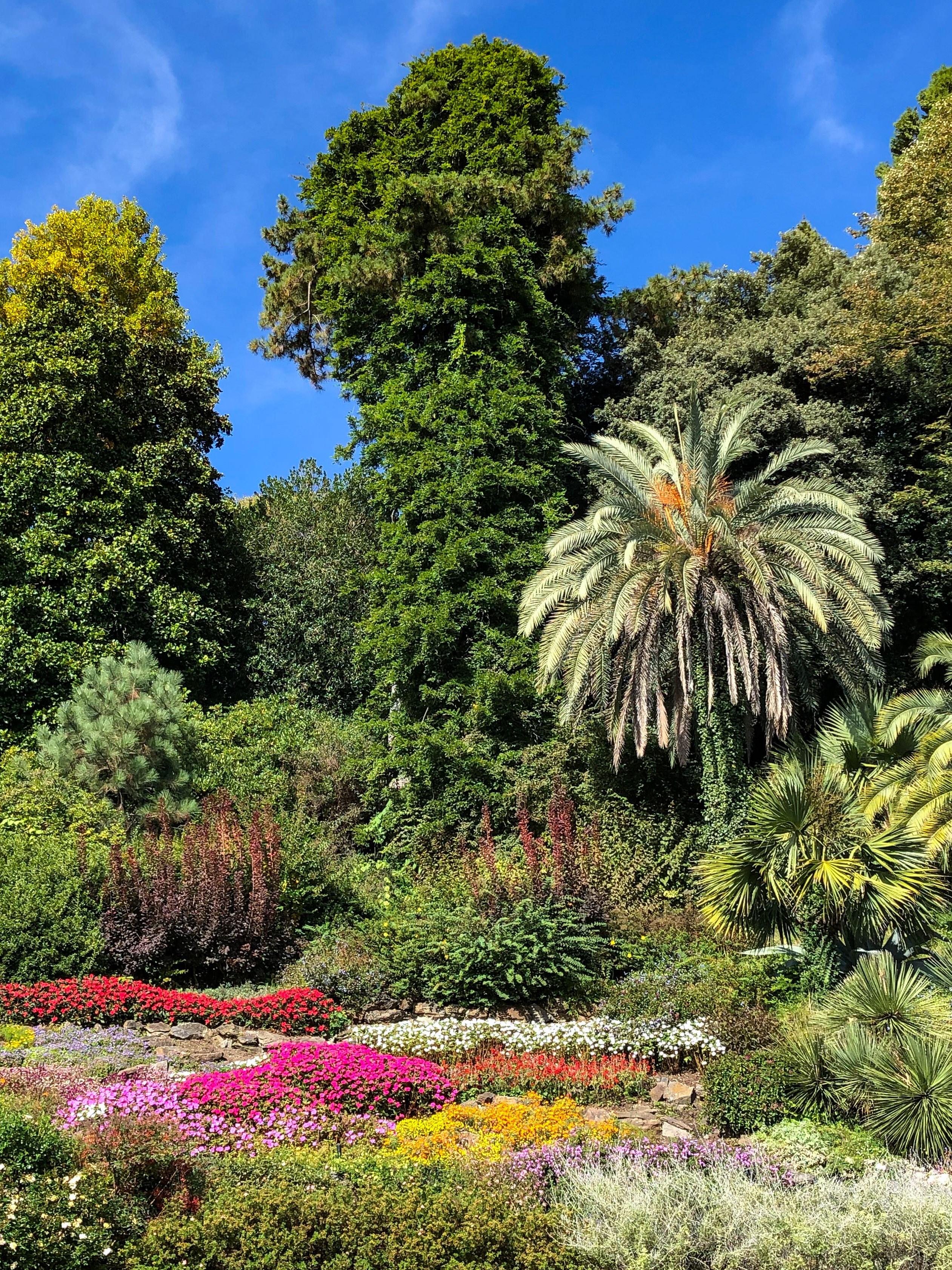 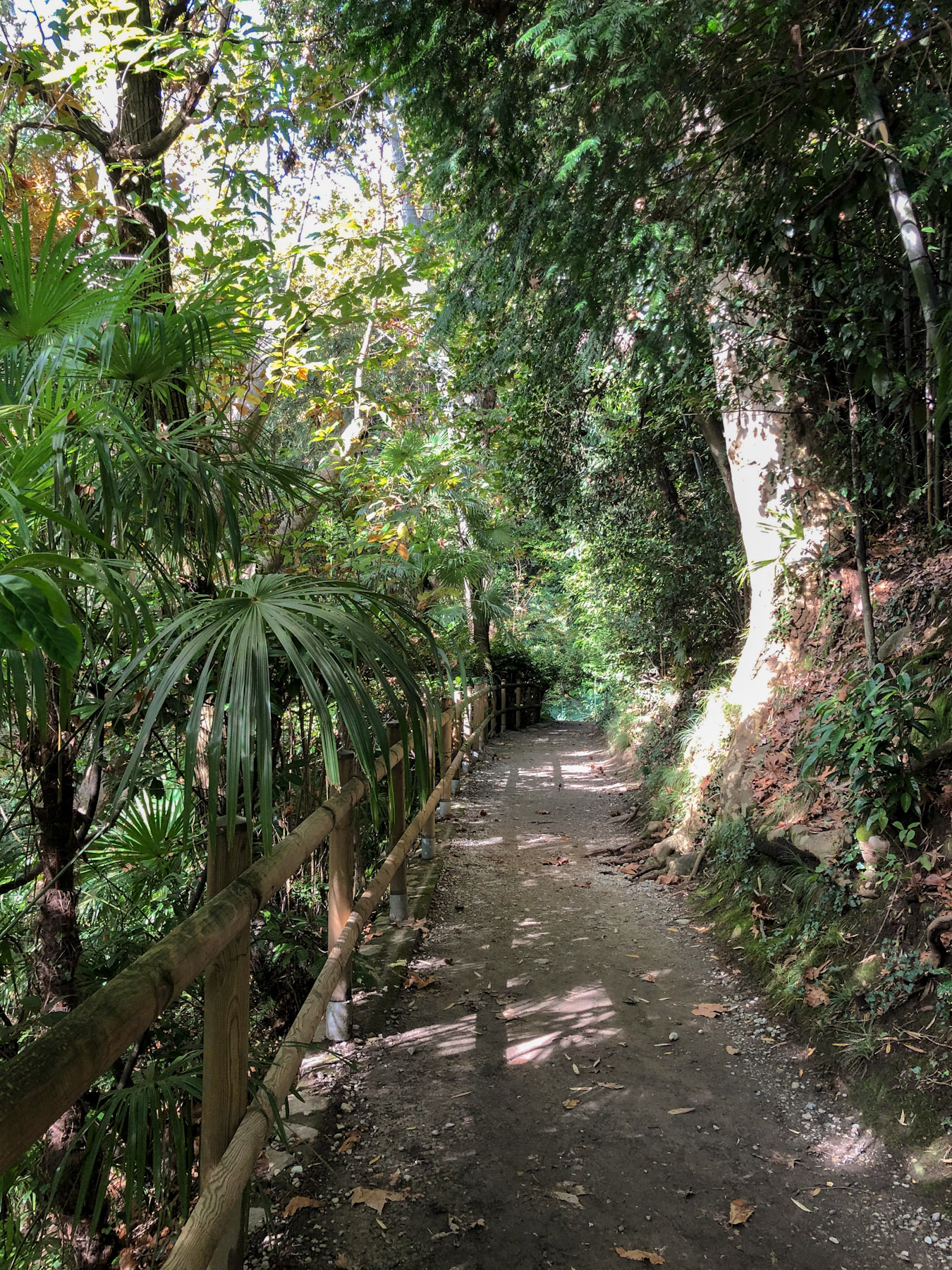 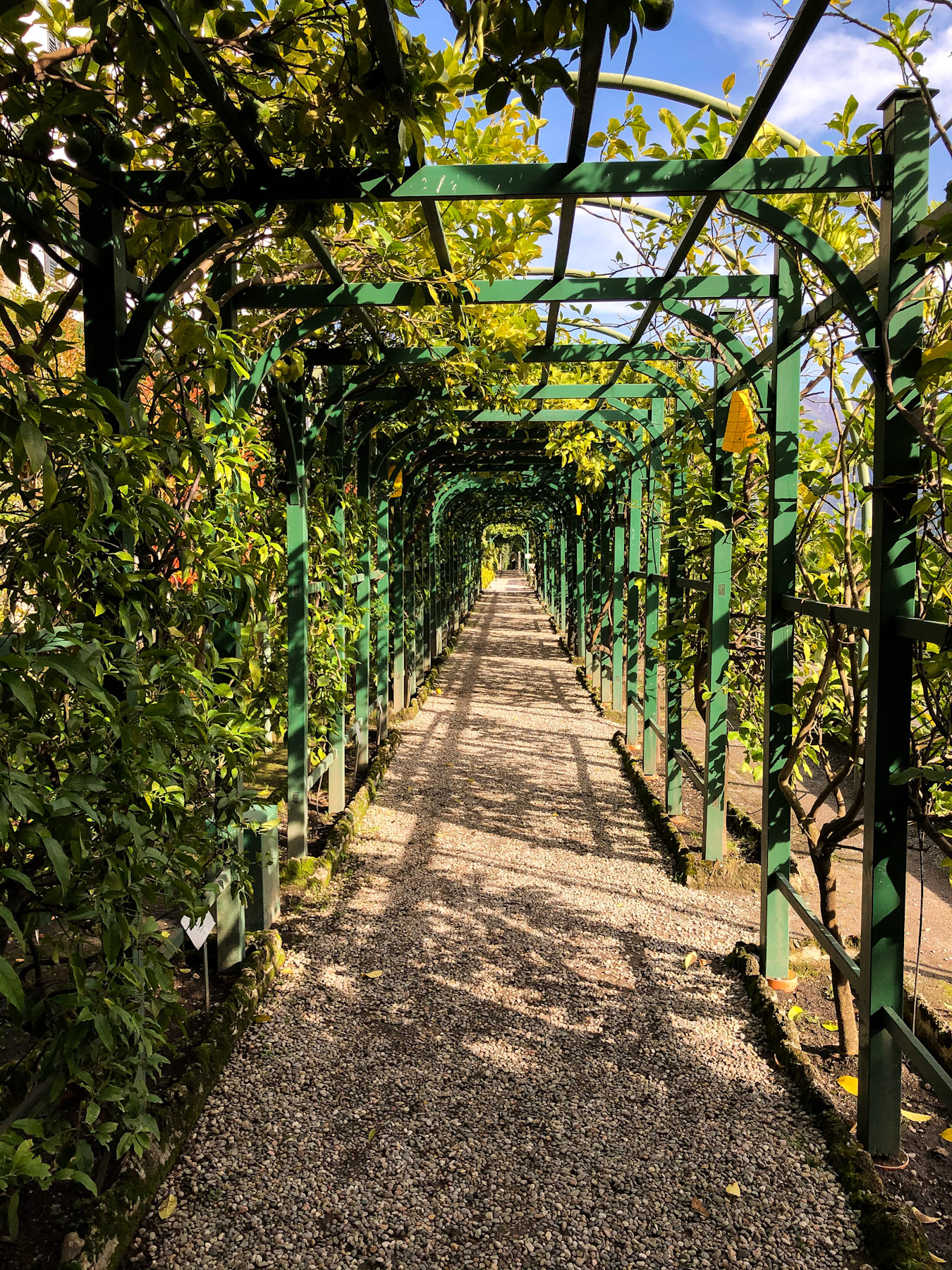 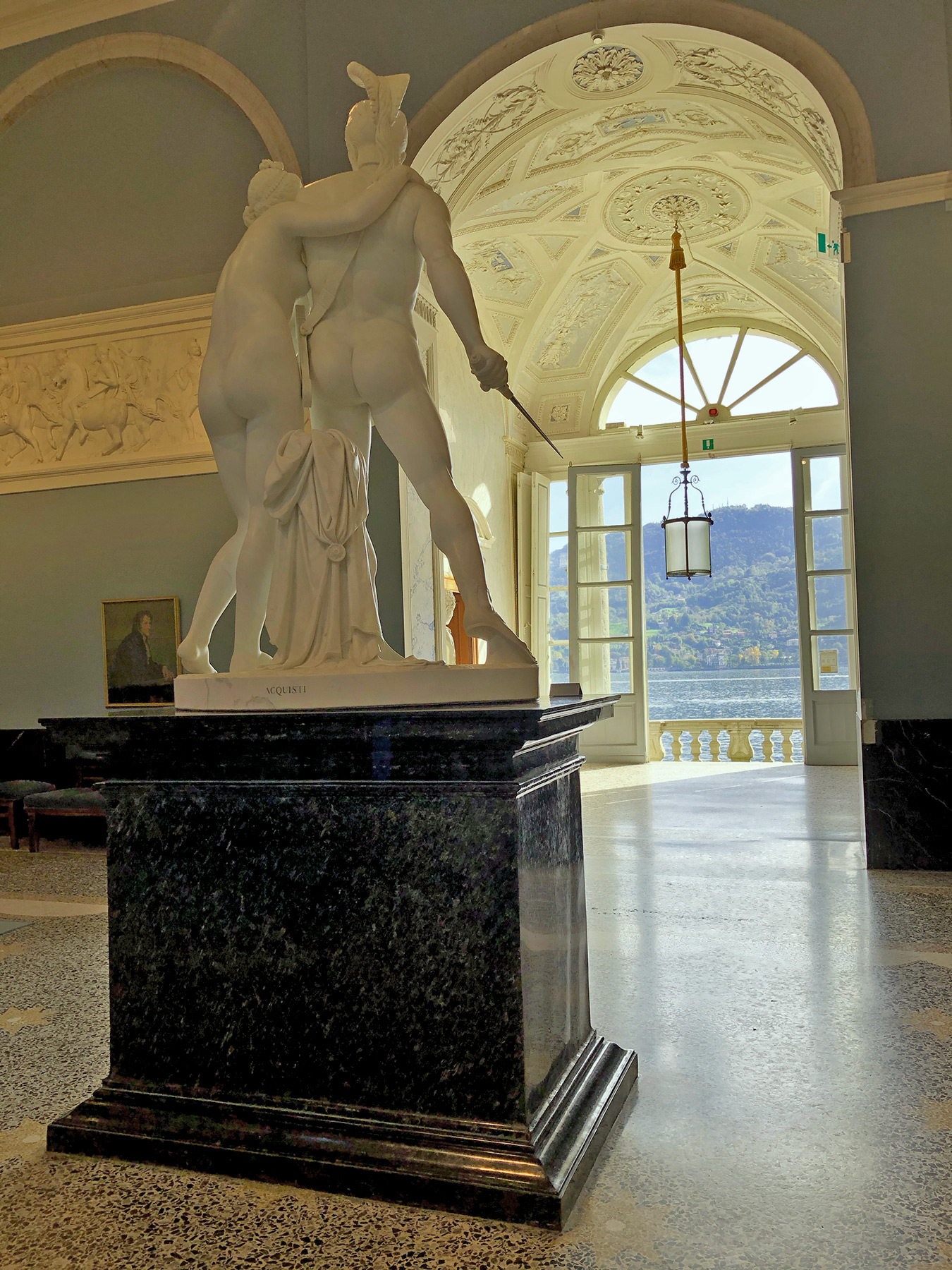 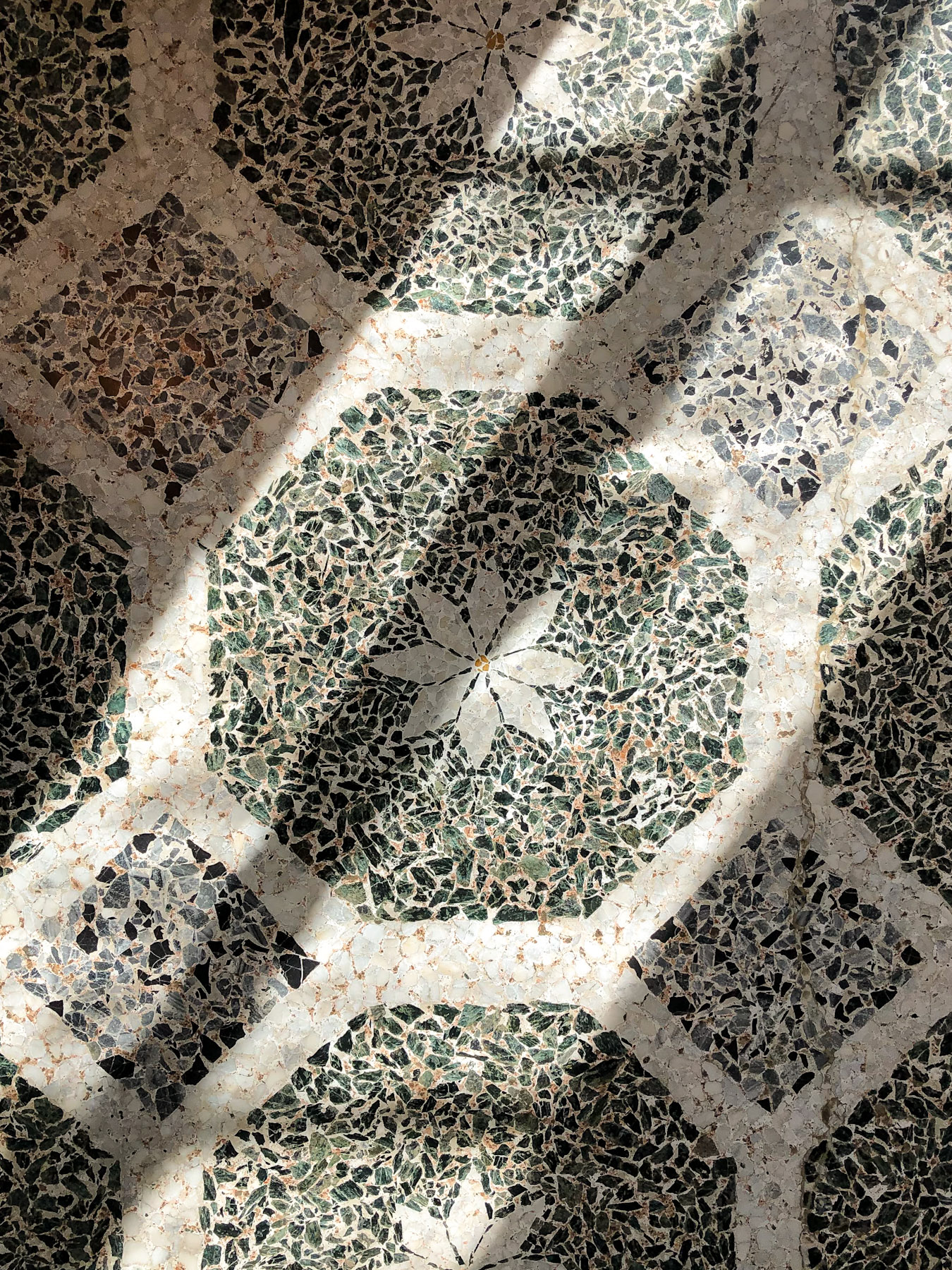 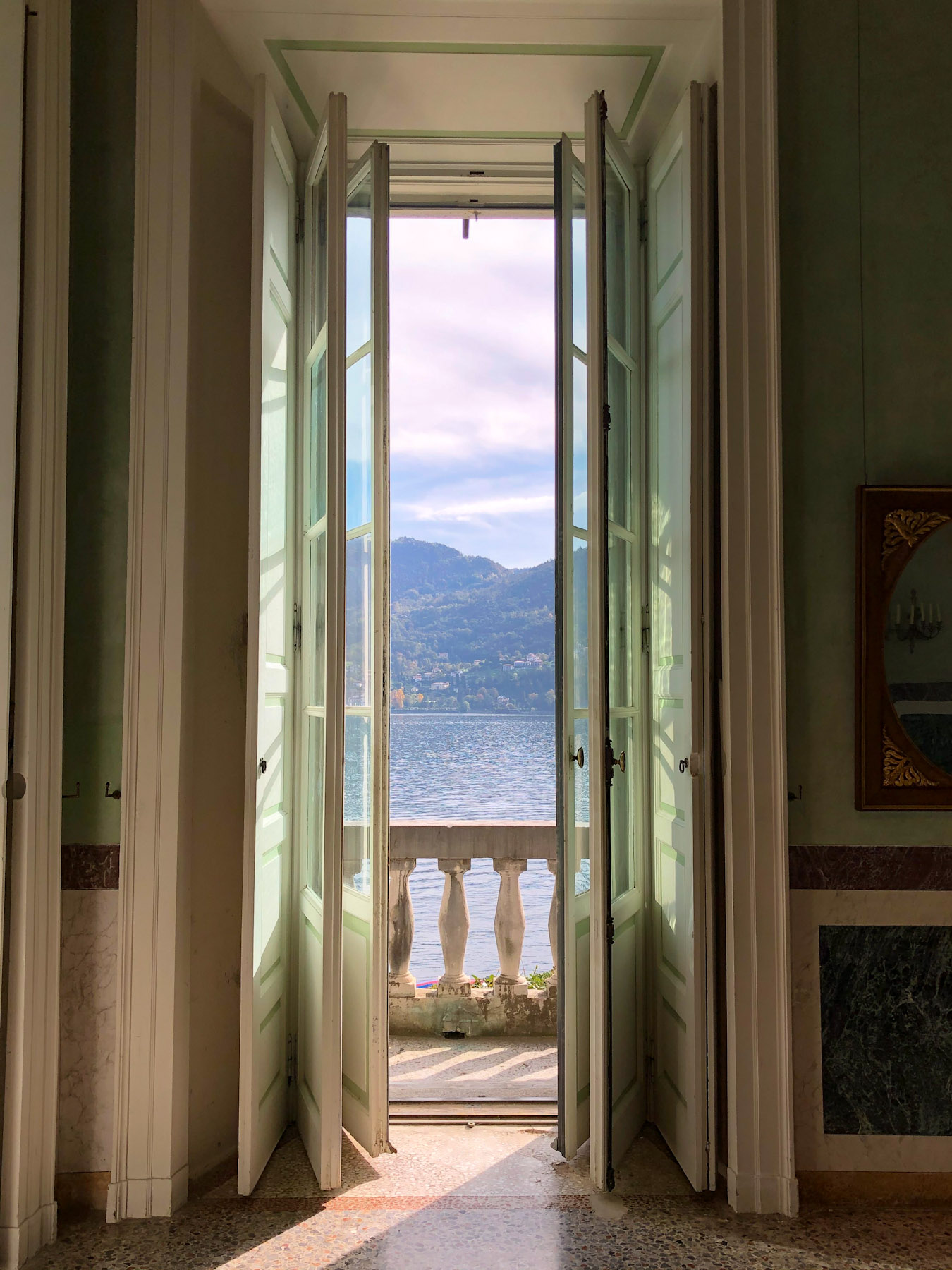 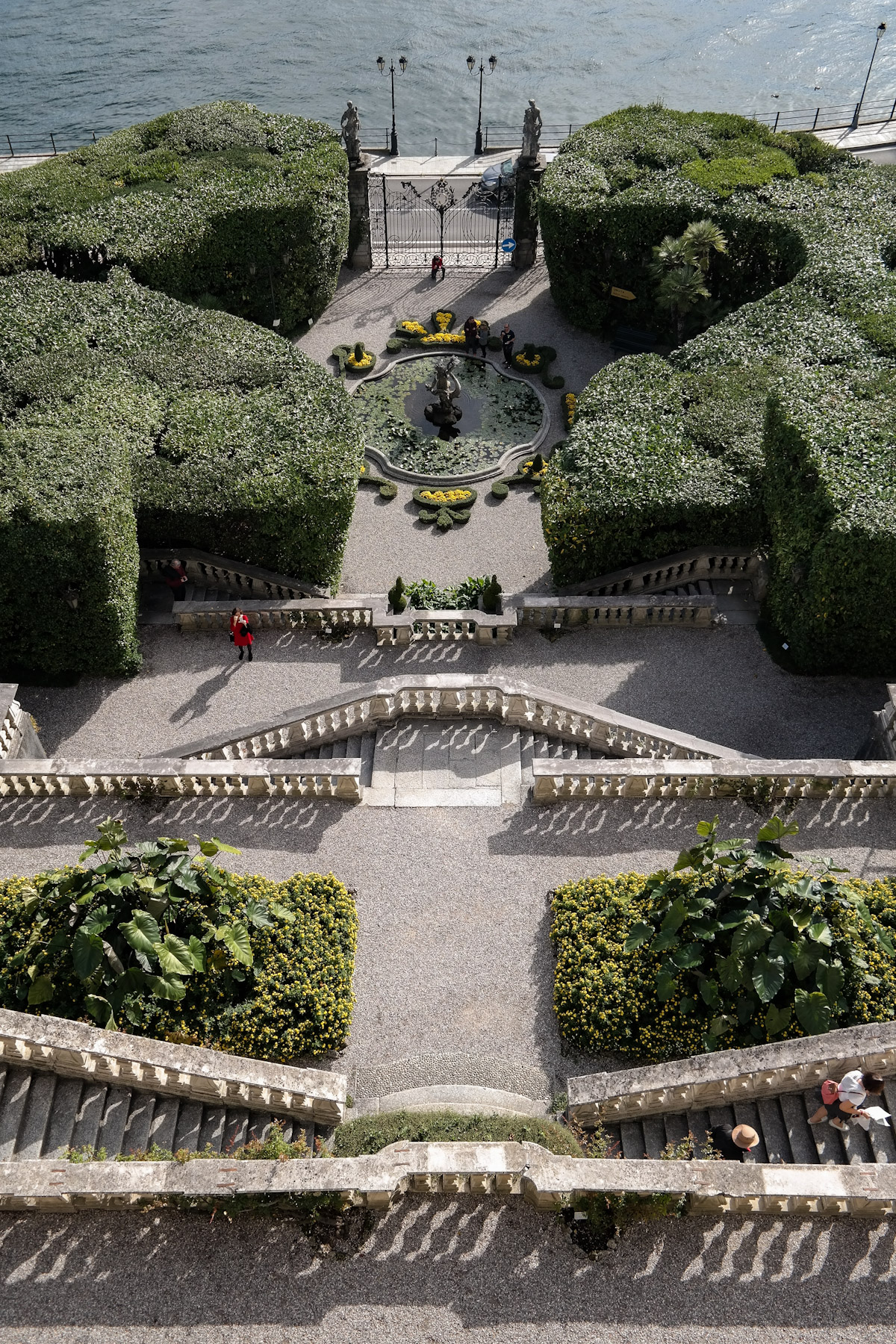 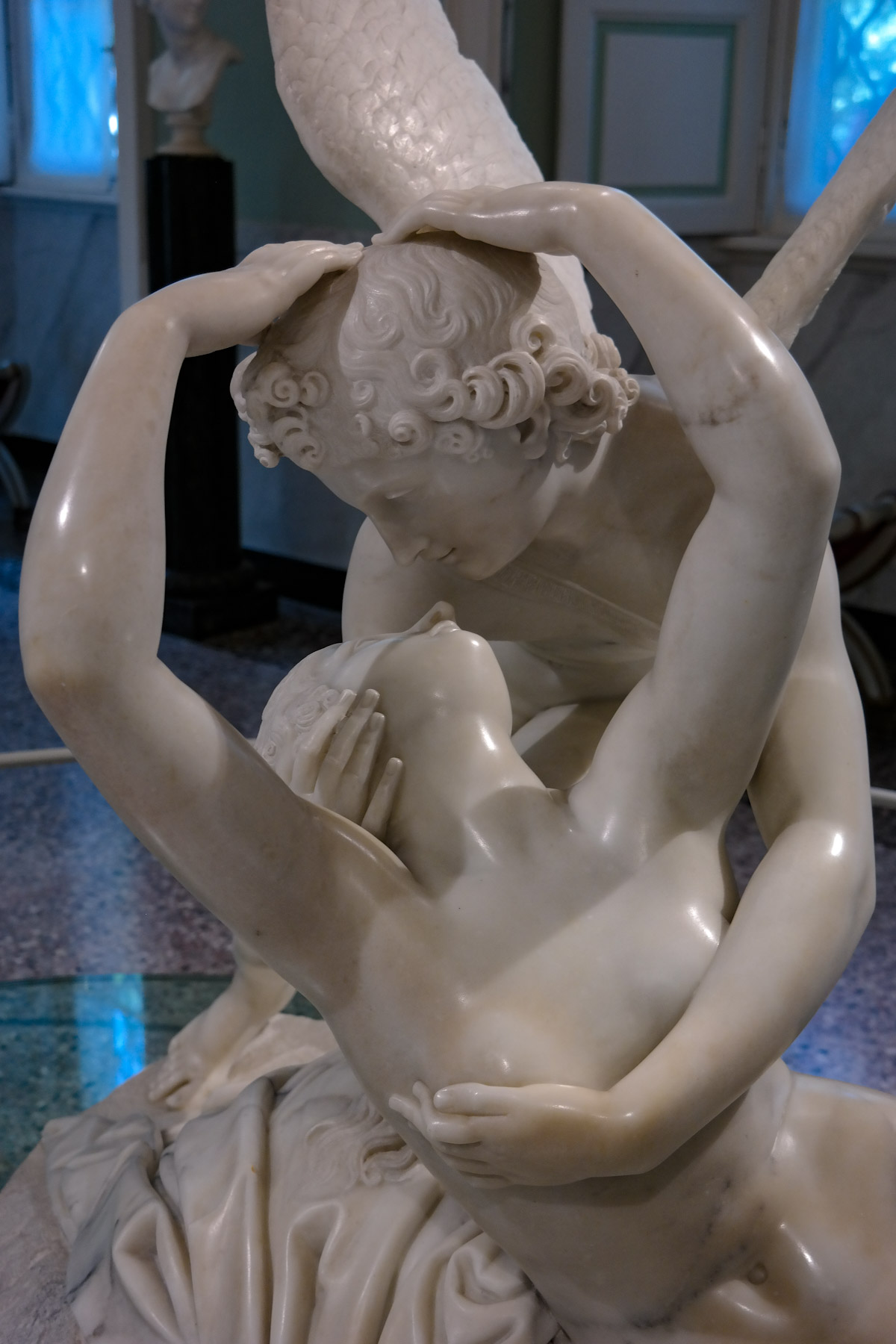 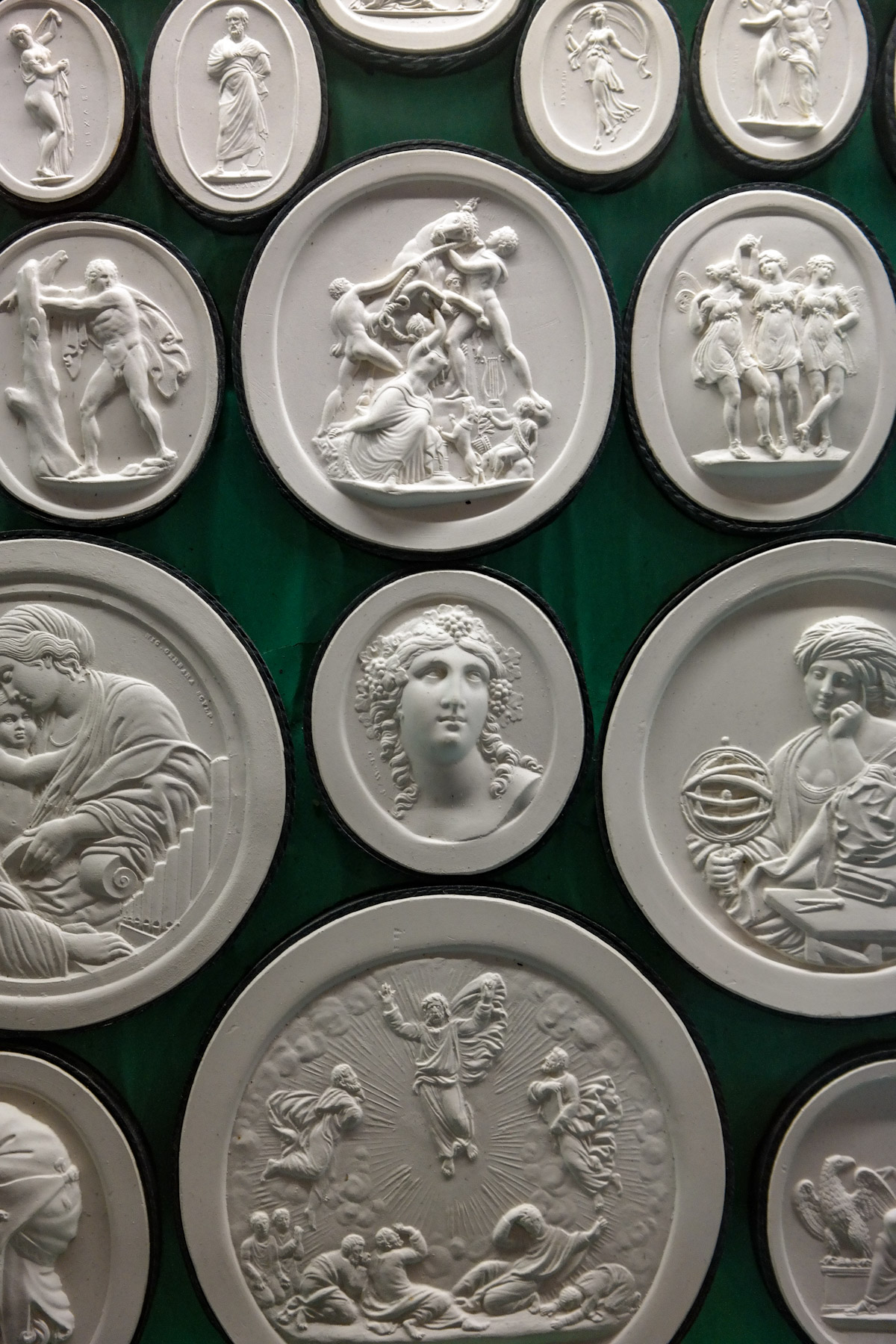 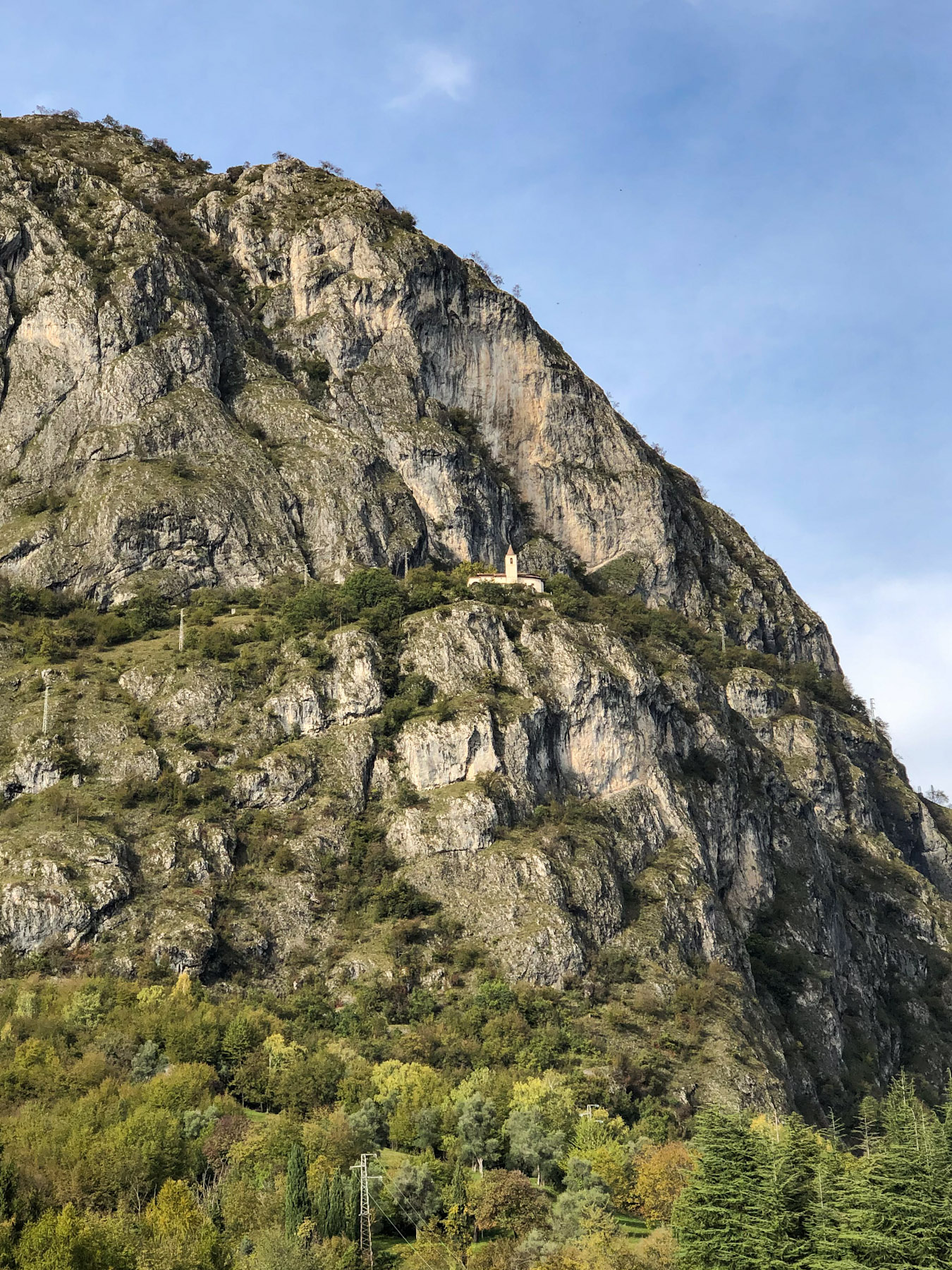 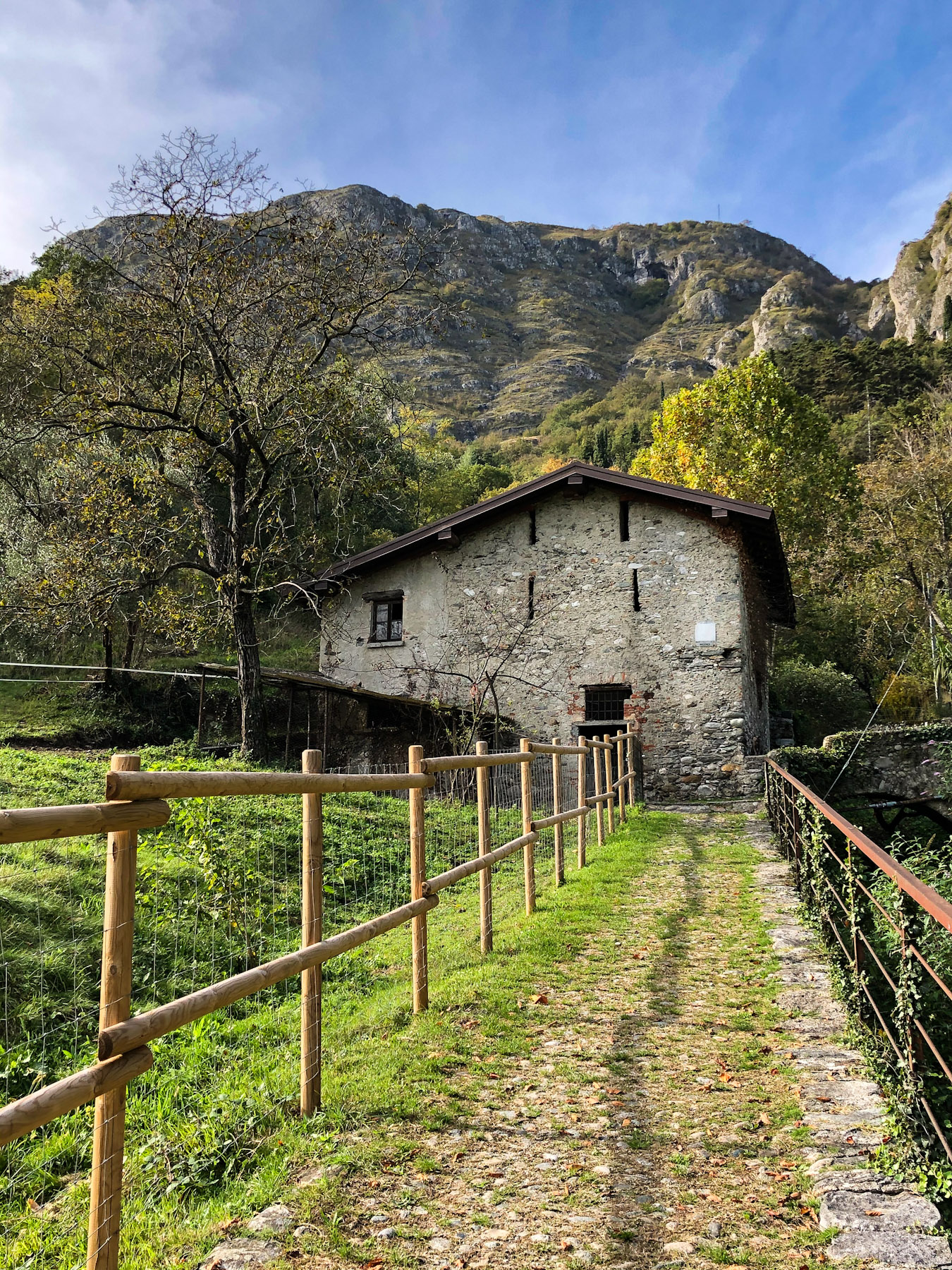 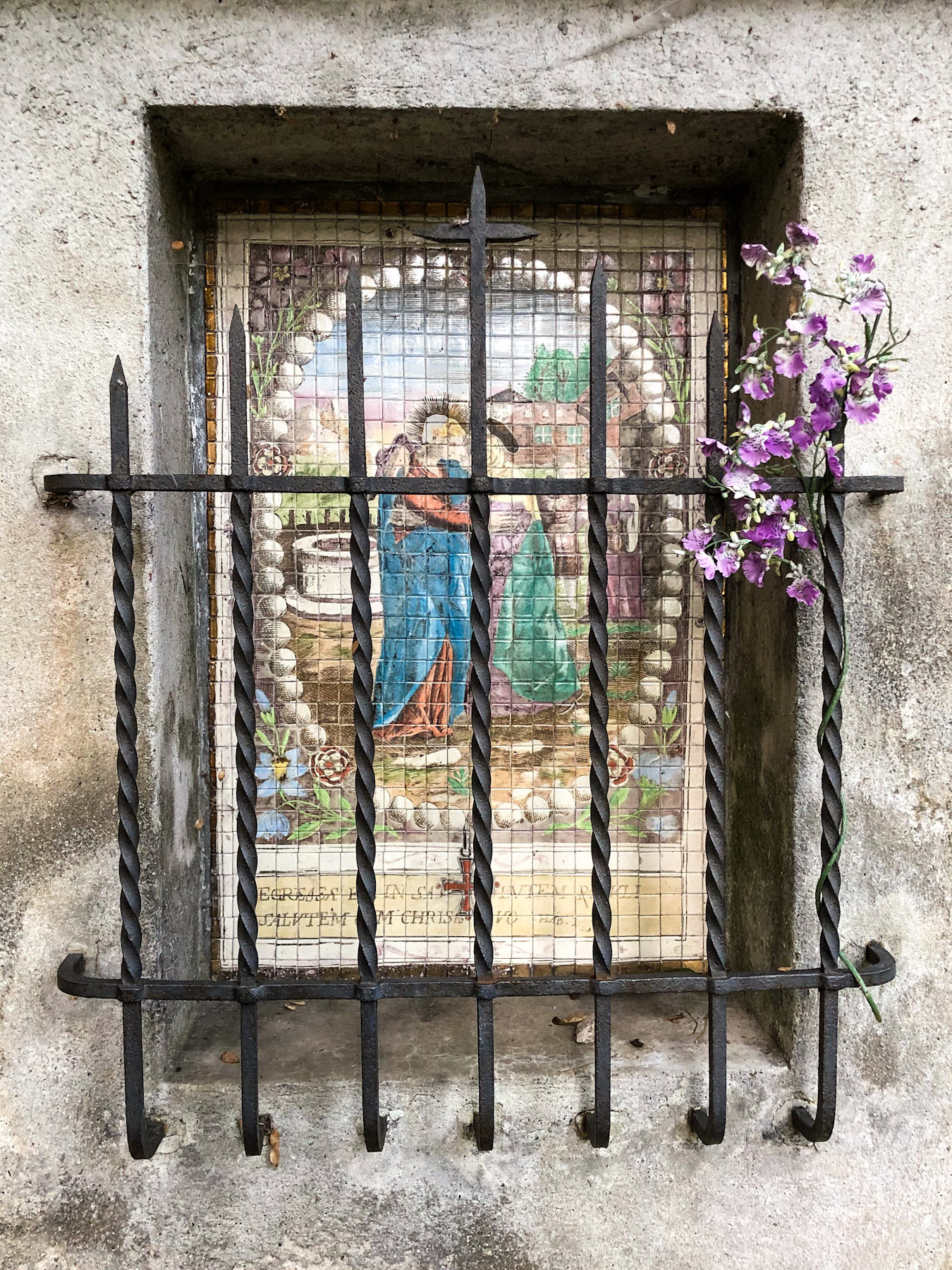 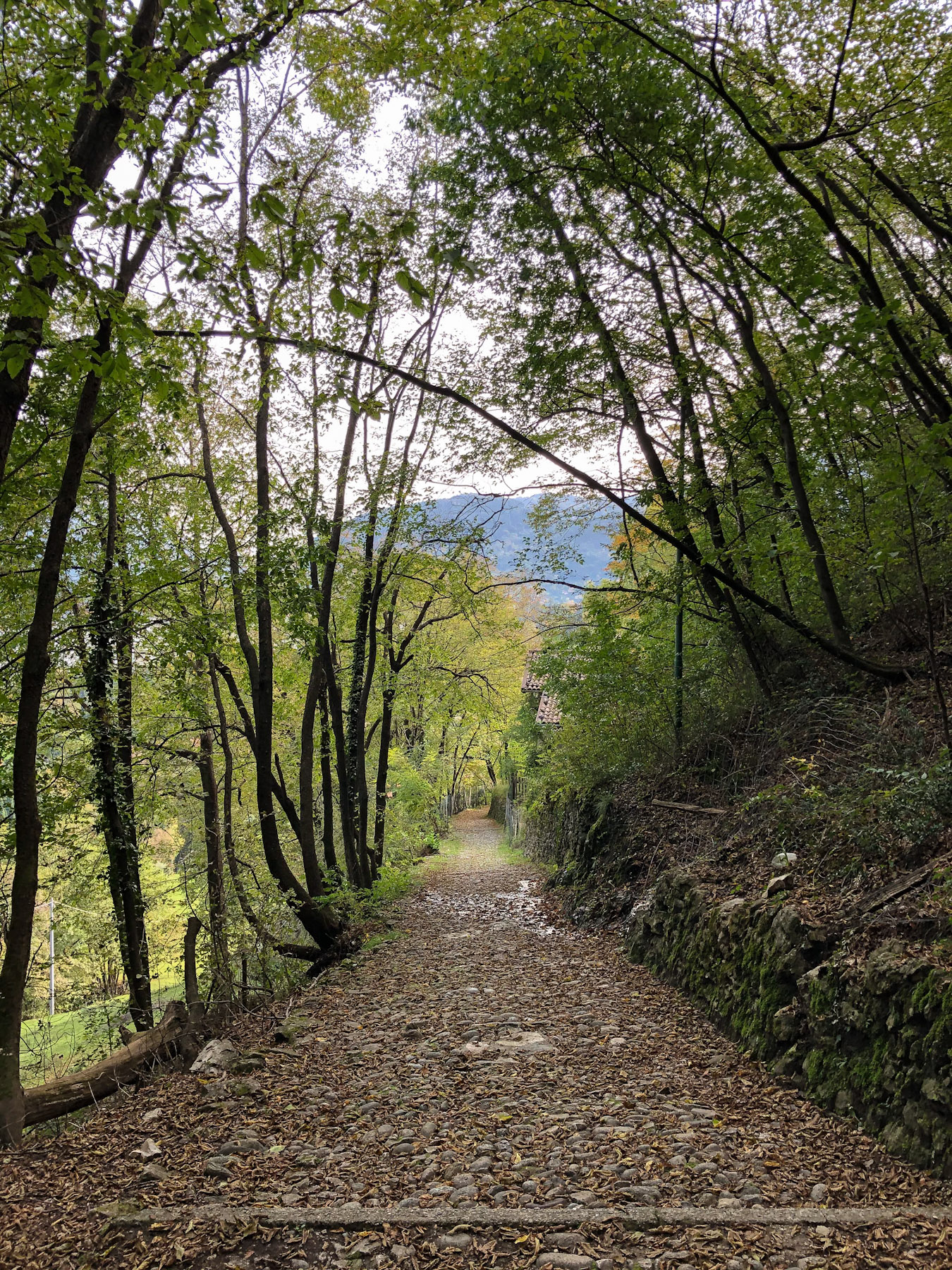 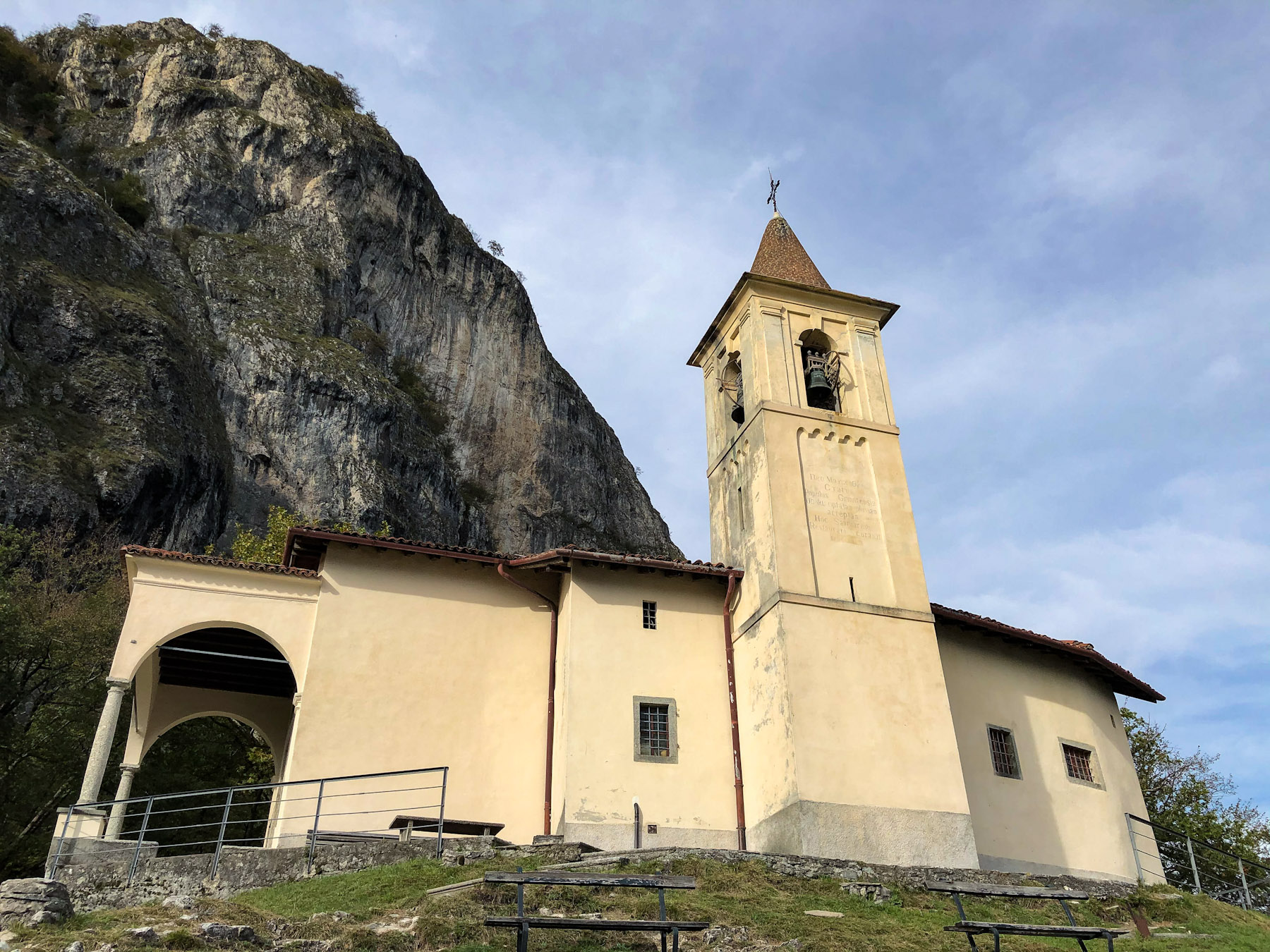 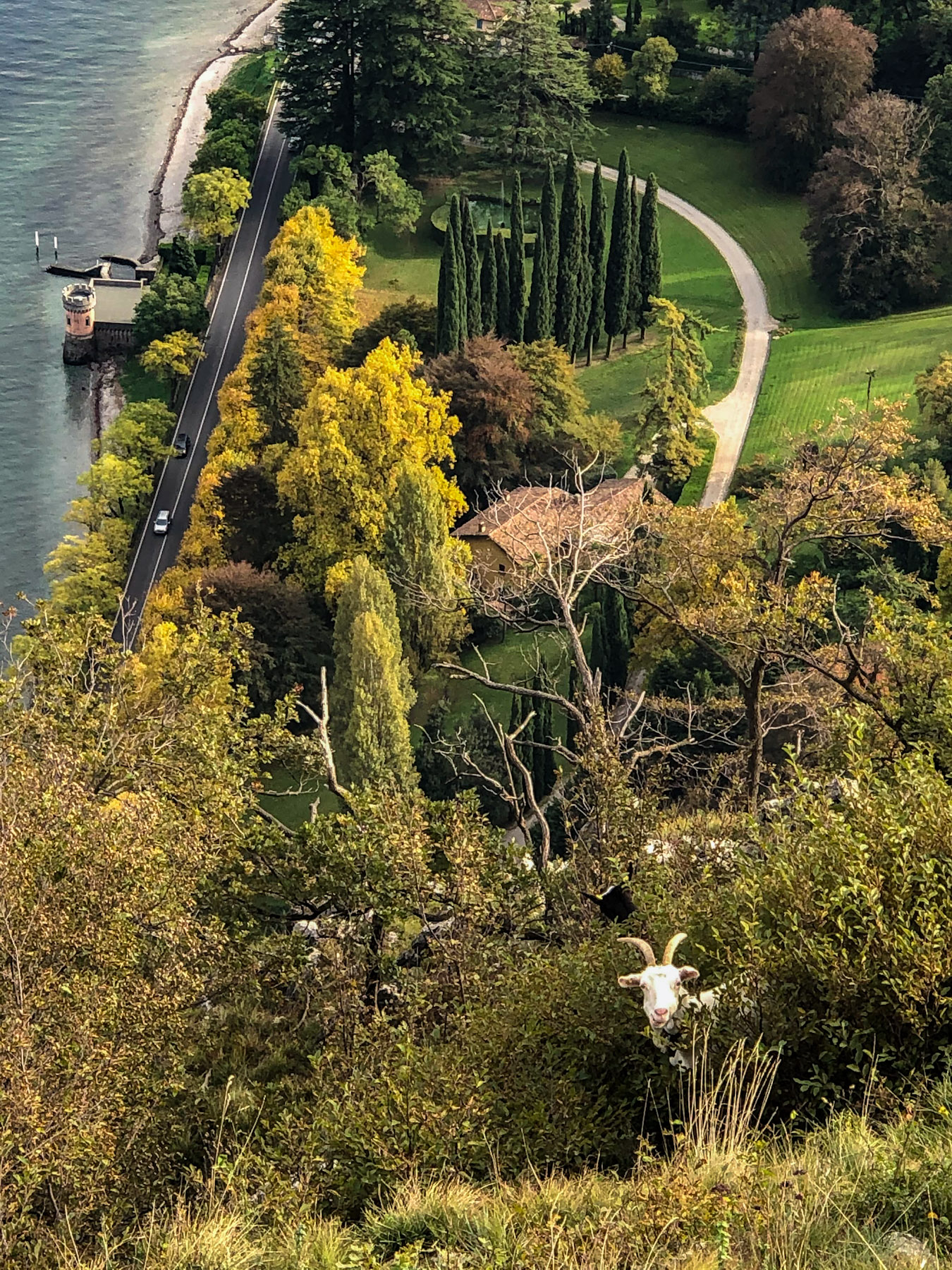 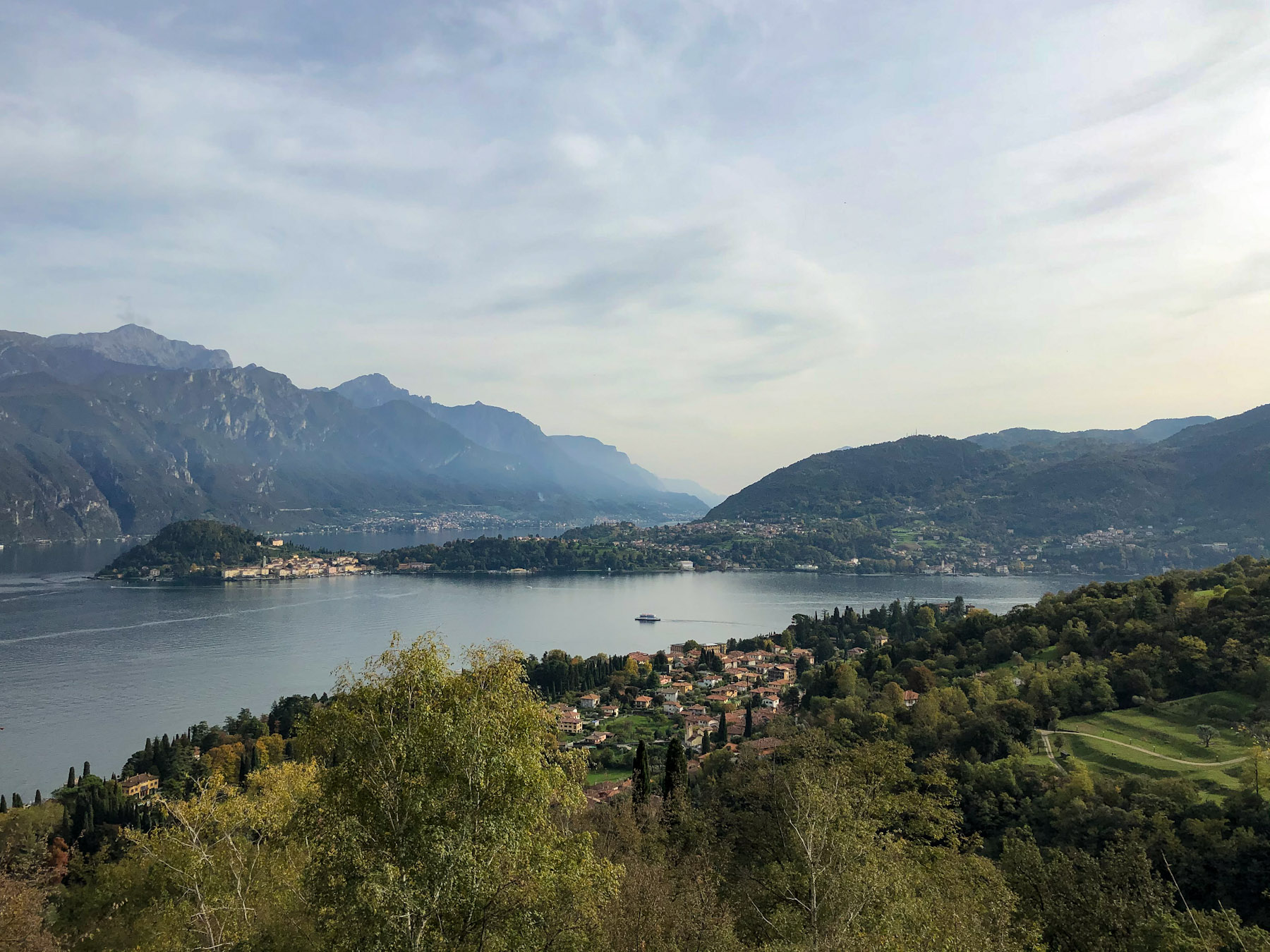 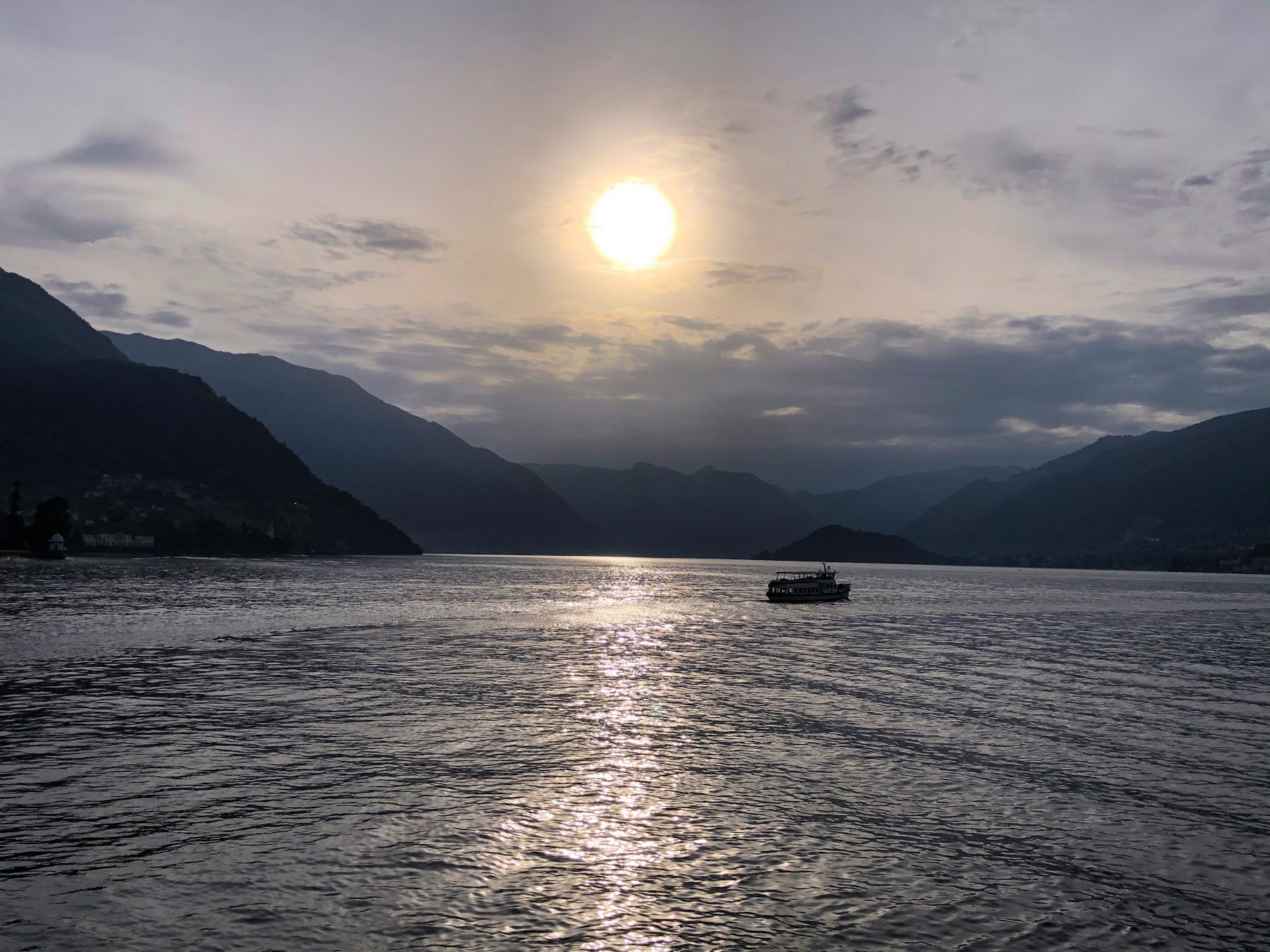 In October of 2019 I did something a little different—I took a solo trip to Italy. By choice, I was between jobs and had some extra money stashed away, and decided to take advantage of this rare moment in my life by doing what I love most—traveling. I was away for 10 nights, during which I spent time on Lake Como with a day trip to Varese, then moved on to Bergamo with visits to Lake d’Iseo and Lake Garda, and ended in Milan with a side trip to Alba and Barolo.

My inbound flight got into Malpensa Airport very early in the morning. I rented a car and drove to Filario Hotel in Lezzeno on Lake Como. I had stayed there with Charles the year before and absolutely loved it…from the jaw-dropping views to the impeccable service. I treated myself to a Deluxe Room, which wasn’t ready upon my arrival, so I headed down to the dining patio for some much needed espresso and a reviving breakfast.

Shortly after finishing breakfast, I was handed the key to my room. Another reason why I love Filario—every room has a private balcony with sweeping views of the lake and the surrounding mountains. It was a brilliant fall day, and I spent time gazing at the incredible scenery, still as overwhelmingly beautiful as I remembered…perhaps even more so. Eventually, I tore myself away from the tableau on my balcony to shower and get ready for the day.

In my years of travel, I’ve discovered the best way to counter jet lag is to keep busy and active; needless to say, I planned a bustling day for myself. I drove to Bellagio to catch the traghetto ferry, which whisked me across the lake to the western shore. I got off in Cadenabbia and walked to Villa Carlotta, a grand and elegant late-17th century lakefront manor with an impressive sculpture collection and a 20-acre botanical garden.

The name Carlotta is derived from the most recent owner, Princess Charlotte of Prussia, who was bestowed the villa in 1847 by her mother, Princess Marianne, when she married Duke Georg II of Saxe-Meiningen. During the First World War, the villa was confiscated by the Italian state since it was owned by enemy hands. The Ente Villa Carlotta Foundation was eventually formed to uphold the protection and promotion of Villa Carlotta, which it continues to do to this day.

Upon entering the villa, I decided to explore the gardens first (naturally). Most of the gardens are situated on a steep slope north and west of the villa proper. Several trails weave their way in and out of this section, passing through azalea and rhododendron groves, which are a riot of pinks, purples, and reds when they bloom in the spring. I was six months too late, although the rock garden was bursting with color. I loved the valley of ferns, a depression in the hillside dense with ferns and other green foliage, a concept first commissioned by Duke Georg II. There were also beautiful and stately trees scattered throughout the gardens, like sweet chestnuts, coastal and dawn redwoods, and umbrella magnolias.

The trail let out at the back of the villa amid thickets of camellias, some of which were still in bloom. I made my way inside to survey the sculpture collection. Many of the pieces were accumulated in the early 1800s by Giovanni Battista Sommariva, a former owner of the villa, and include works by such illustrious masters as Antonio Canova and Bertel Thorvaldsen. Perhaps the most famous sculpture on display is Cupid and Psyche, a replica of Canova’s original design produced between 1818 and 1820 by Adamo Tadolini, a student of his. I spent some time ogling this work of near perfection, and then got hooked in the Cameos Room, where over 400 plaster cameos were on display in wooden cases. The impeccably detailed cameos, made in 1820 by an artist in Rome, depict famous architecture and artwork found in the major cities of Italy.

Upon departing the villa, I took a spin around the Giardino vecchio, which encompasses a slope of land just south of the manor house. In this section, there were hedges upon hedges of hydrangeas, their blooms fading with the onset of the mid-autumn chill. I then traipsed through the Citrus Tunnel, which still had a few hangers-on from the late summer crop. In the weeks following my visit, the tunnel would be sheeted with plastic to insulate the delicate citrus trees and roots during the winter months. From the Citrus Tunnel, I descended the five flights of steps that scale the original tiered Italian gardens, which let out at the foot of the villa.

At this point I was hungry and needed nourishment for my next activity—a very strenuous hike up to Chiesa di San Martino. I walked south of the villa along Via Regina, passing the renowned Grand Hotel Tremezzo. I came upon a lakeside cafe with outdoor seating and ordered a panino with bresaola, fresh parmigiano, and arugula, a combination I found prevalent throughout the region—between bread, on a pizza, and even as a salad.

Sated and refreshed, I crossed the street to follow the northward course of the Greenway del Lago di Como and made my way to the comune of Griante. I turned up a steep walking path that ran the length of Villa Margherita Ricordi (where Verdi composed parts of La Traviata), which leveled out in a residential neighborhood filled with palatial homes tucked behind private gates and soaring hedges of cypress trees. I continued north, turning left up another steep lane and followed signs for the Chiesa di San Martino trailhead. Off in the distance, I could see the namesake 16th century church perched on an escarpment, surrounded by sheer cliffs.

A series of steps led to a footbridge traversing the Torrente del Ronconi, a creek that starts in a mountain gully high above the church. After a short straightaway, I turned right at an old farmhouse and began to ascend through high meadows and woods. The trail was constructed of well-maintained inlaid cobblestones. Along the way were several mosaic chapels depicting the Stations of the Cross; plastic flowers had been left by each one.

Halfway up the trek I stopped at the Cappella degli Alpini for a much needed break. A family was picnicking on a bench that overlooked the valley below. After catching my breath I continued along the trail, which switchbacked three times before leveling out between a steep rise. I crossed over a bubbling brook and could see the church several hundred feet in the distance. A herd of deer startled me as they dashed across the path.

Finally I reached the gate that led up to Chiesa di San Martino, which stood on a grassy knoll at the foot of a precipice. I was alone in the church yard, except for some goats chomping on mountain scrub. The church was locked, so there wasn’t much else to do besides gaze at the view—which was quite spectacular. I could see both the Ramo di Como and Ramo di Lecco branches of the lake, the entire peninsula of the Larian Triangle, and the Grigna along with the other peaks rising from the east. A thin veil of fog began to settle on the lake’s surface. I bade farewell to the goats and began my descent.

I made my way back to the ferry in Cadenabbia, and my timing was impeccable—a traghetto had just pulled in to the dock. In less than 20 minutes I would be back in my room at the hotel. I felt tired but elated from an amazing first day. I was ready for dinner and a well-deserved good night’s rest.