The Greenway del Lago di Como is a pleasant seven mile trail that stretches along Lake Como’s central western shore. Starting in Colonno, the Greenway passes through the bucolic villages of Sala Comacina, Ossuccio, Lenno, Mezzegra, Tremezzo, and Griante. There is plenty to see along the way, from lavish villas and gardens to Romanesque and Baroque churches…and not to mention the endless stunning mountain and lake vistas.

After a morning visit to the Villa del Balbianello, Charles and I grabbed lunch at the lakefront Bar Il Golfo in Lenno before setting out on the Greenway, which, quite conveniently passes right in front of the restaurant. We followed the trail as it traversed the Torrente Pola and cut across the beach in front of Hotel San Giorgio, at which point we began an uphill ascent toward the village of Mezzegra. The climb was steep and strenuous, but the views alone made the sweat-inducing trek worth it.

The Greenway leveled out as we continued toward Mezzegra, passing charming Mediterranean-style bungalows and a rocky horse farm. In the center of Mezzegra is the Parrocchia di Sant’Abbondio, an 18th-century church and adjacent yard that enjoys splendid views over Lake Como and Tremezzo. Just past Mezzegra is the historic hamlet of Bonzanigo with its 17th-century Brentano Palaces, which we viewed from the road. At this point, the Greenway began its descent back down to the lake. We passed an olive grove with an incredible view of Bonzanigo, Mezzegra, and the mountains. Through narrow vicoli, we followed the trail until it eventually joined the bustling lakeside Via Statale in Tremezzo.

Here the Greenway took as past grand lakefront villas, charming fishing marinas, and the eclectic Chiesa di San Lorenzo with its imposing bell tower. We walked through the Parco Civico Teresio Olivelli, which was filled with locals basking in the warm September sun. Just beyond the park is the Tremezzo ferry terminal, where we ended our stroll. What perfect day in Italy wouldn’t be complete without a nip of gelato? Lucky for us, the Bar Gelateria Helvetia is located across the street from the terminal. We each indulged in our well-deserved scoops as we waited for the ferry to whisk us back across the lake. 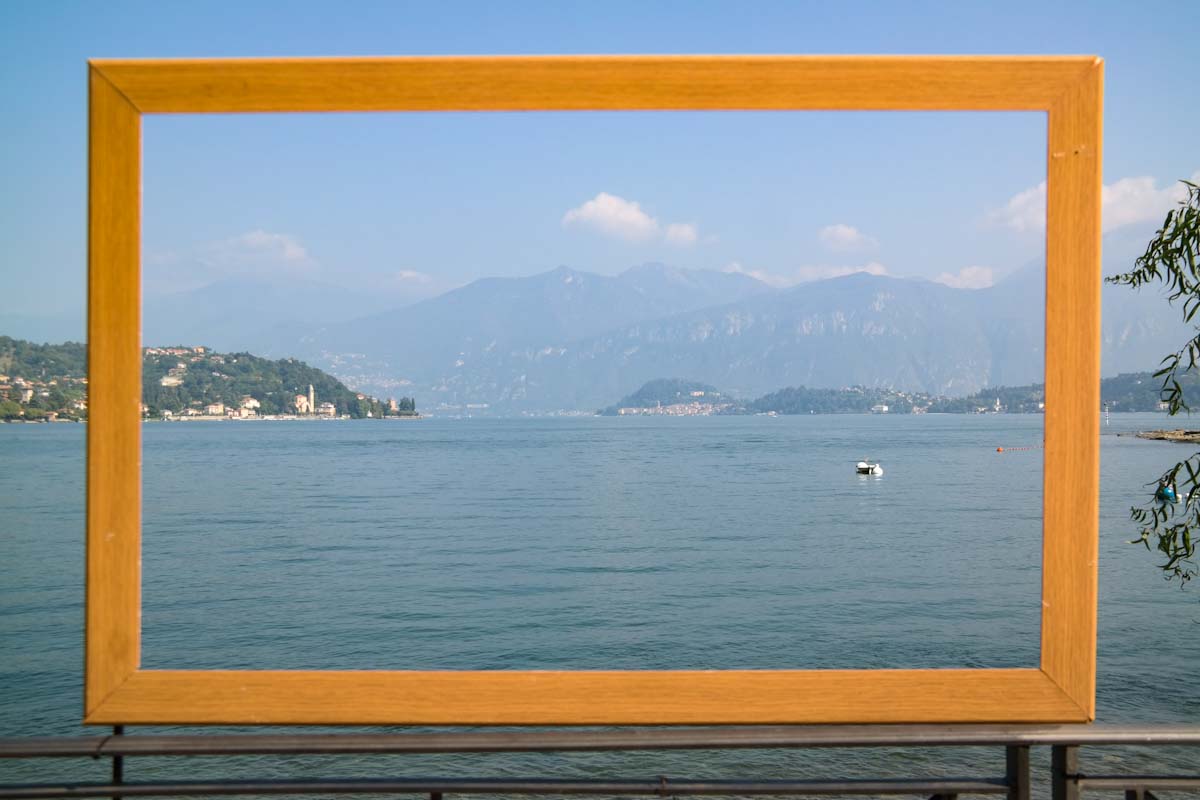 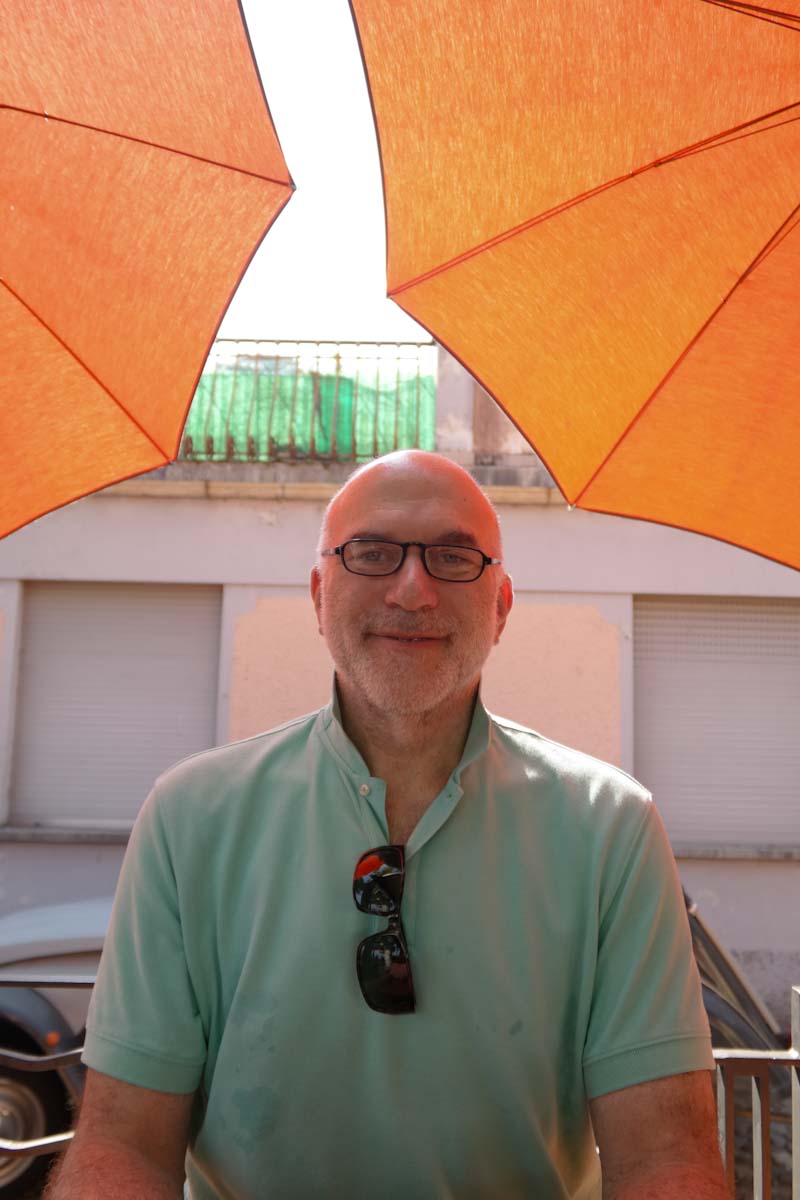 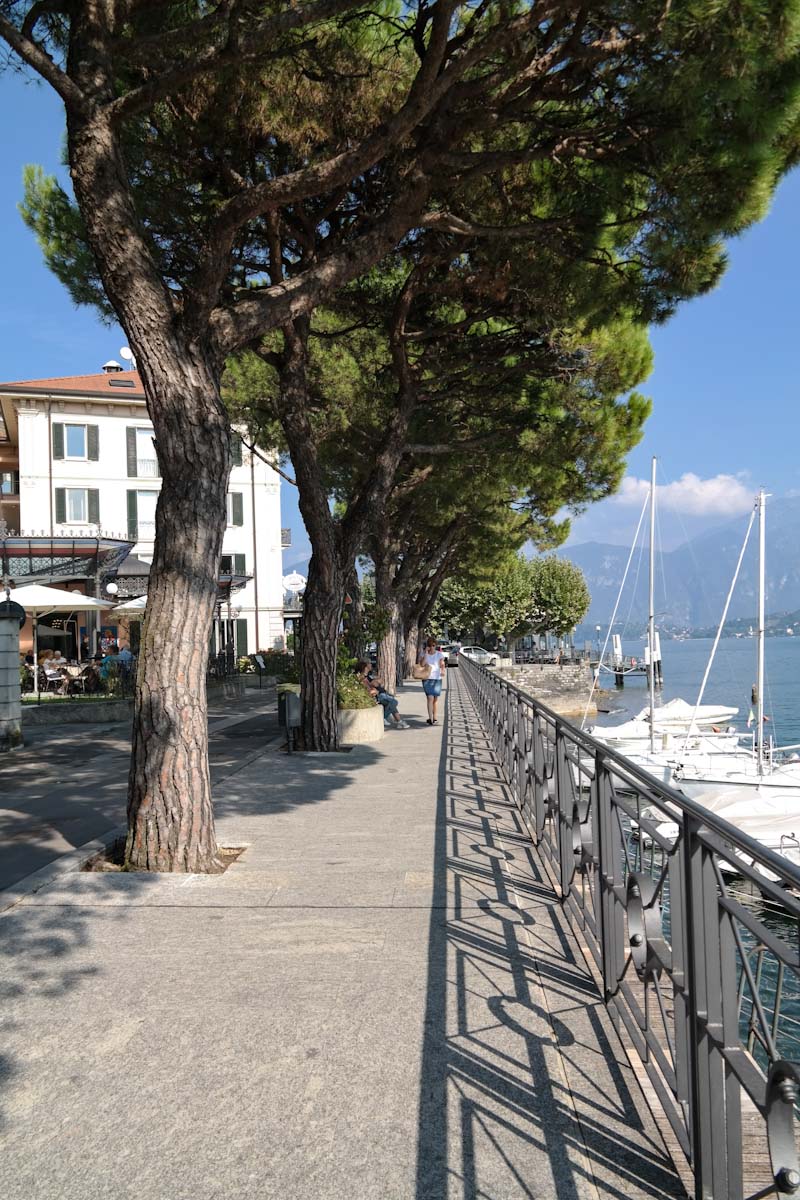 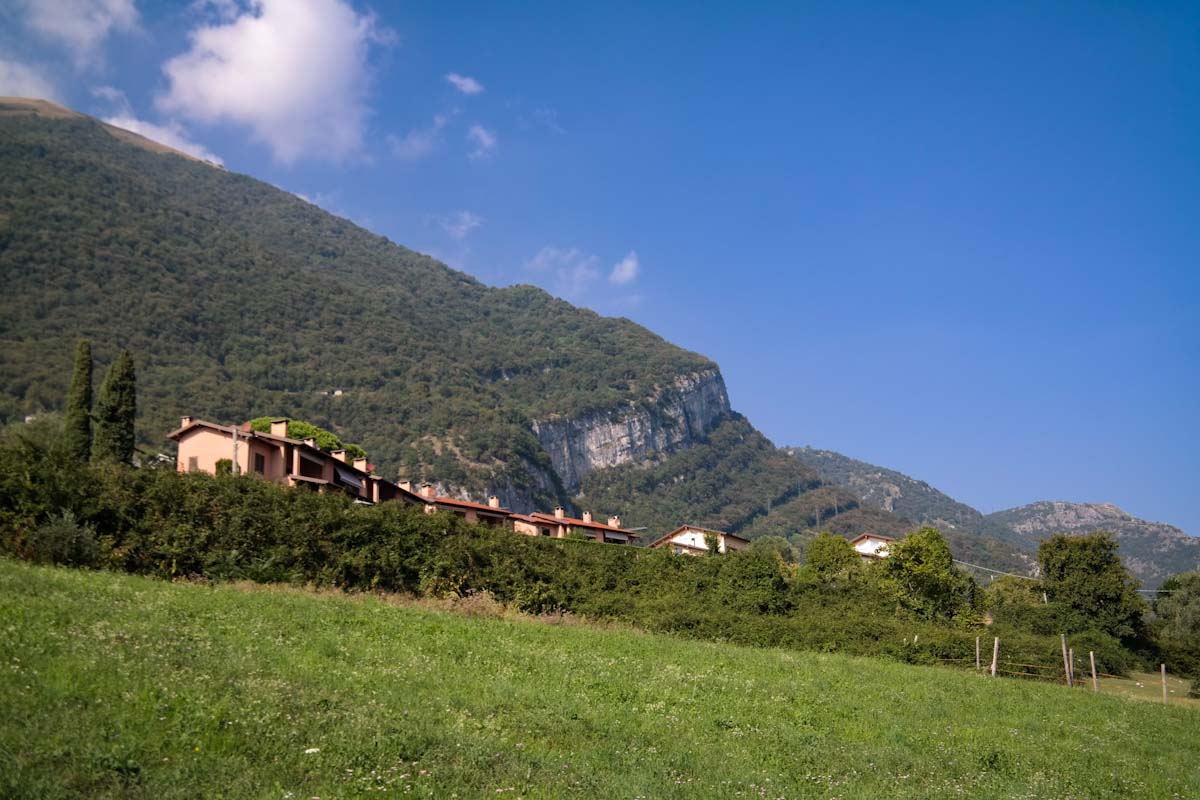 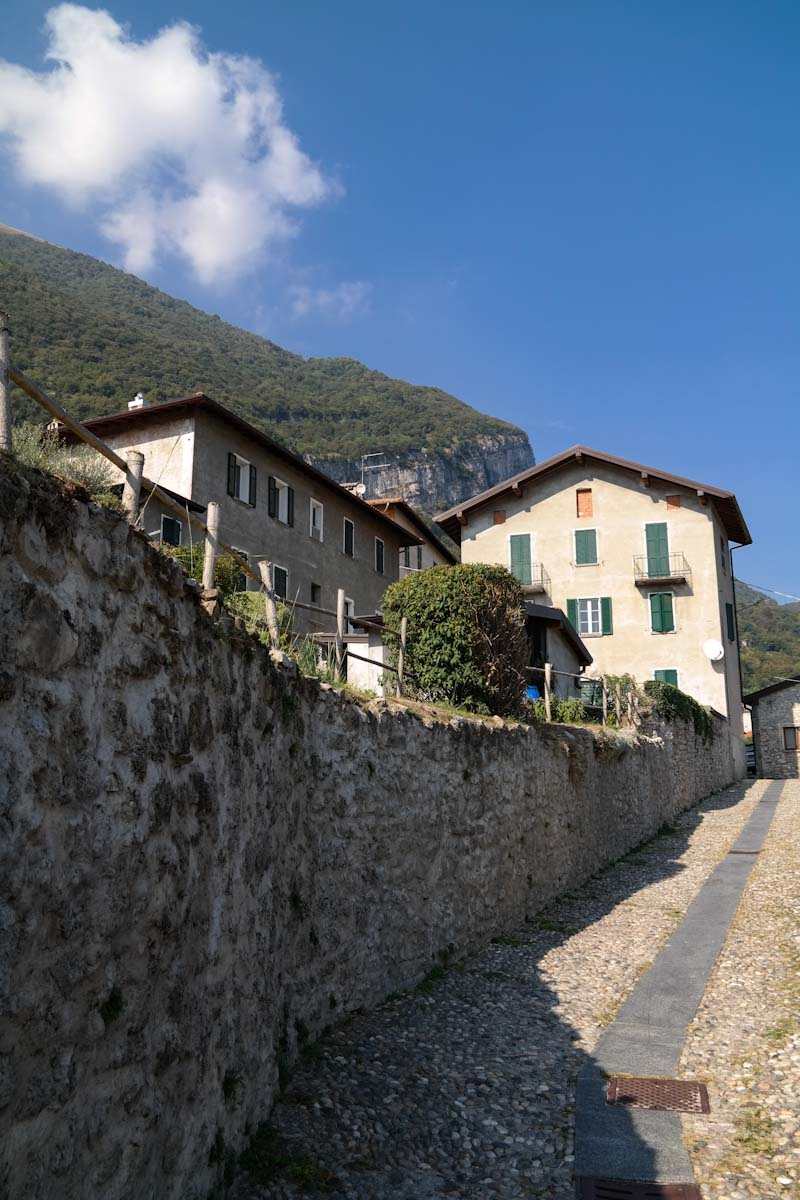 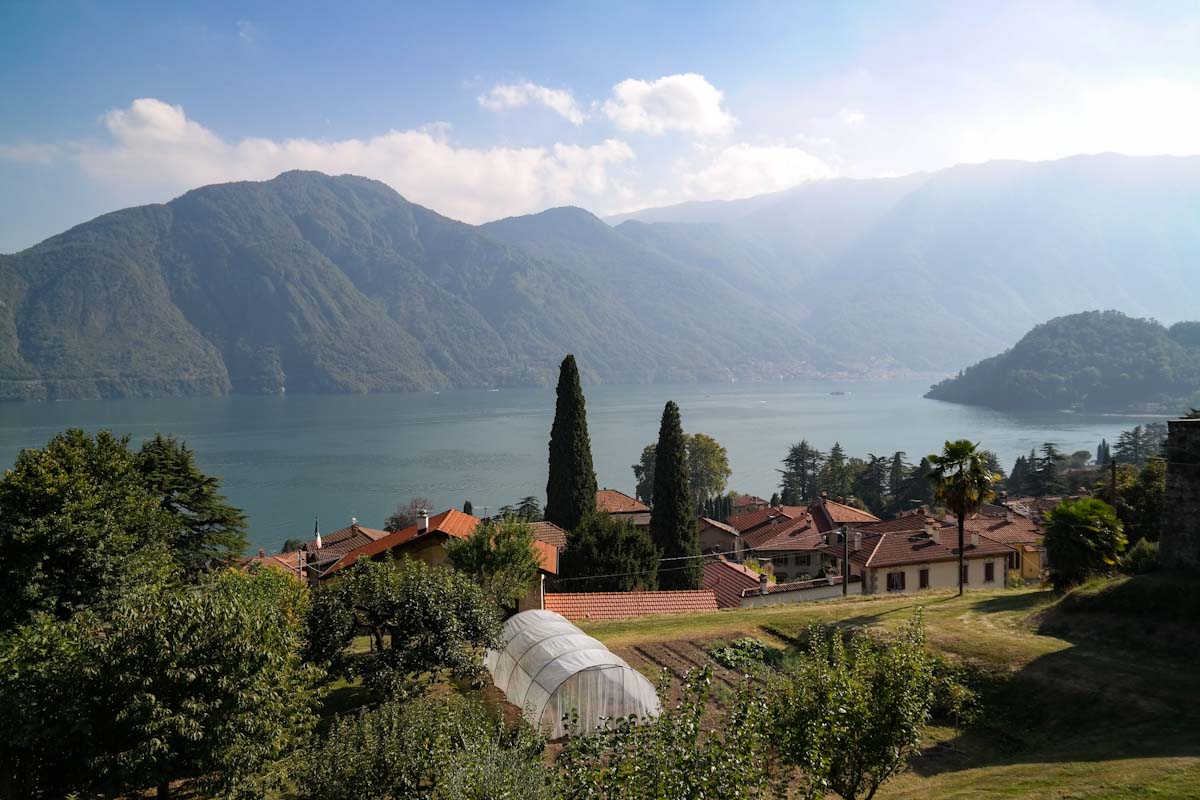 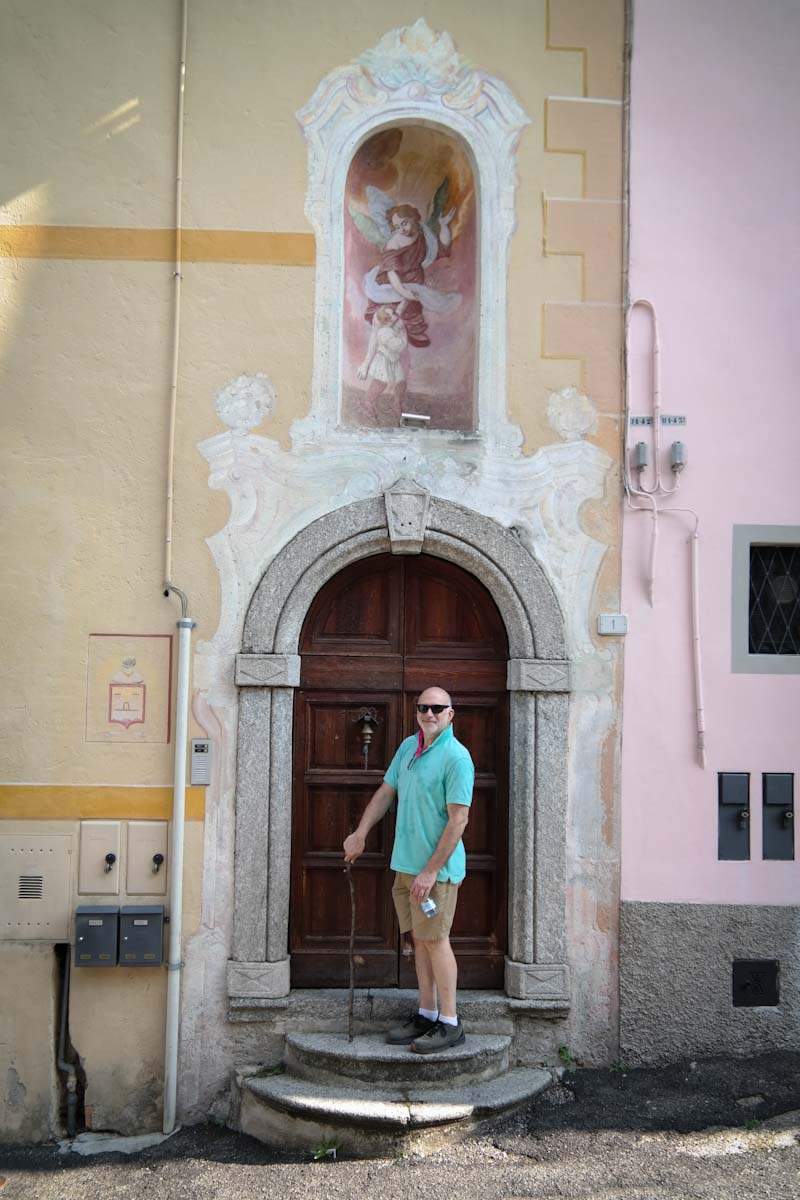 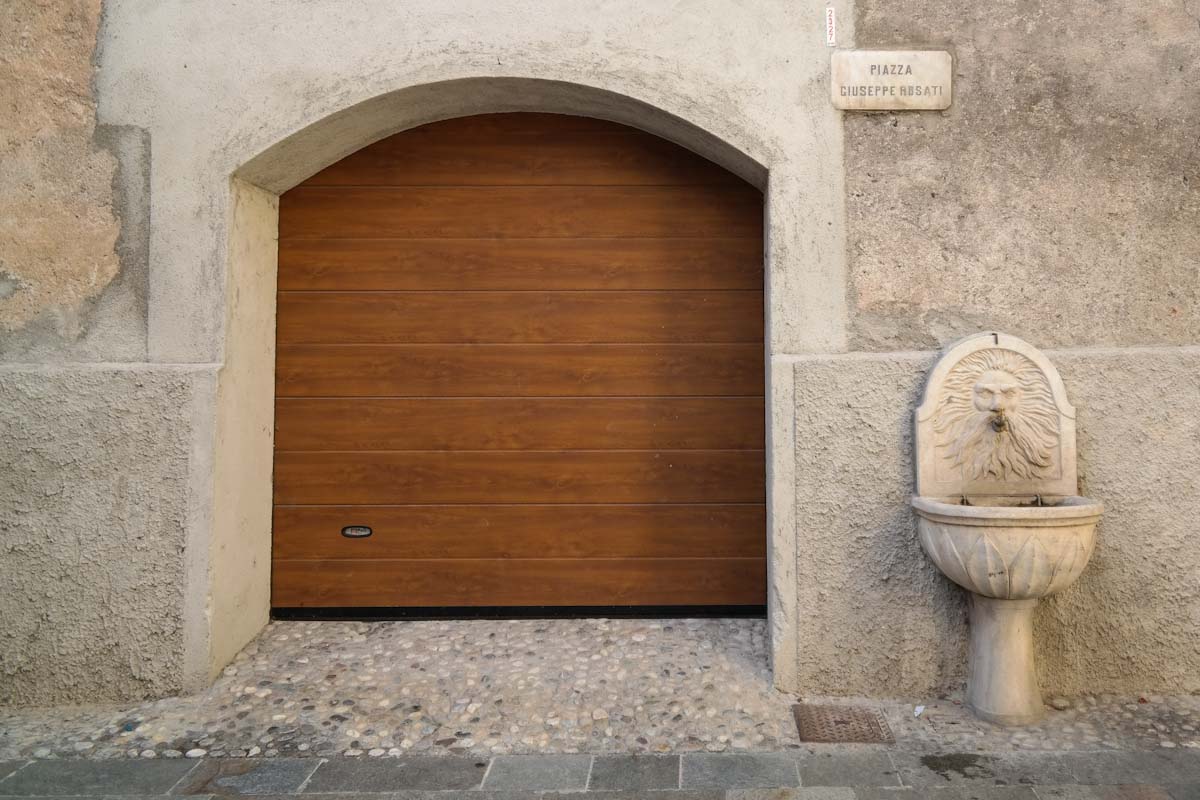 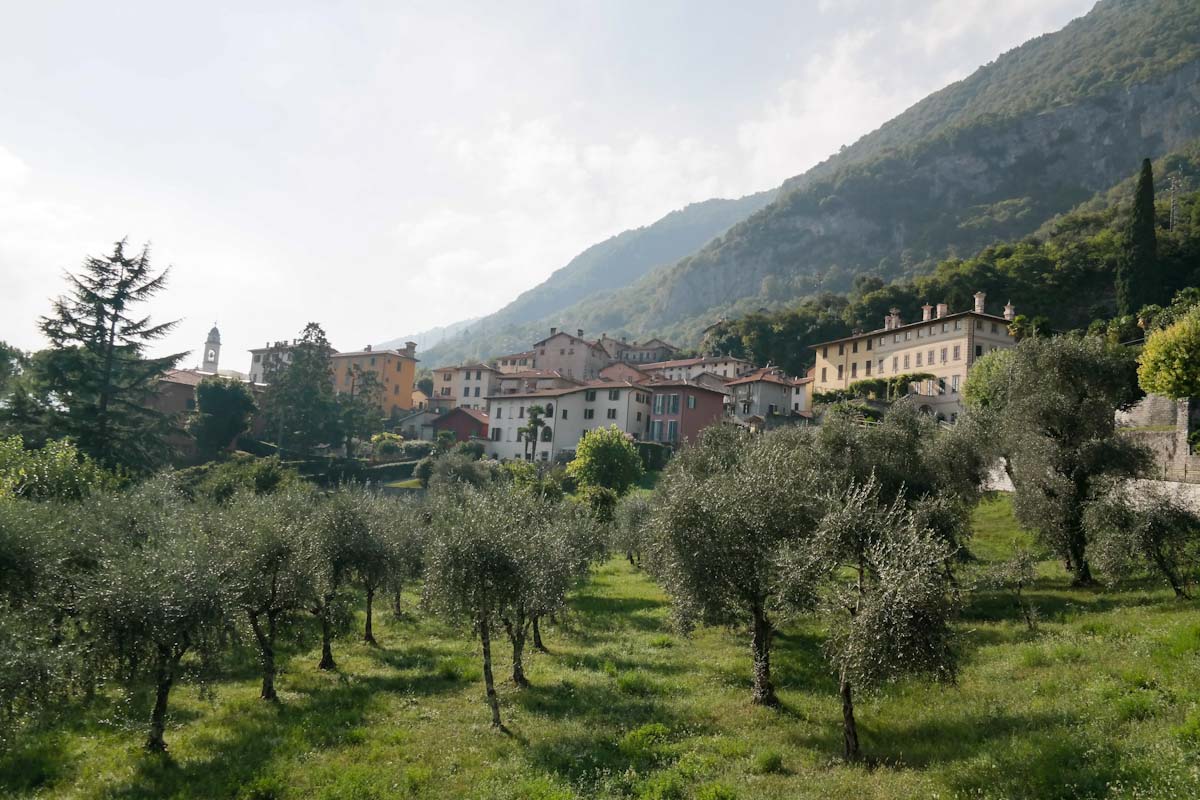 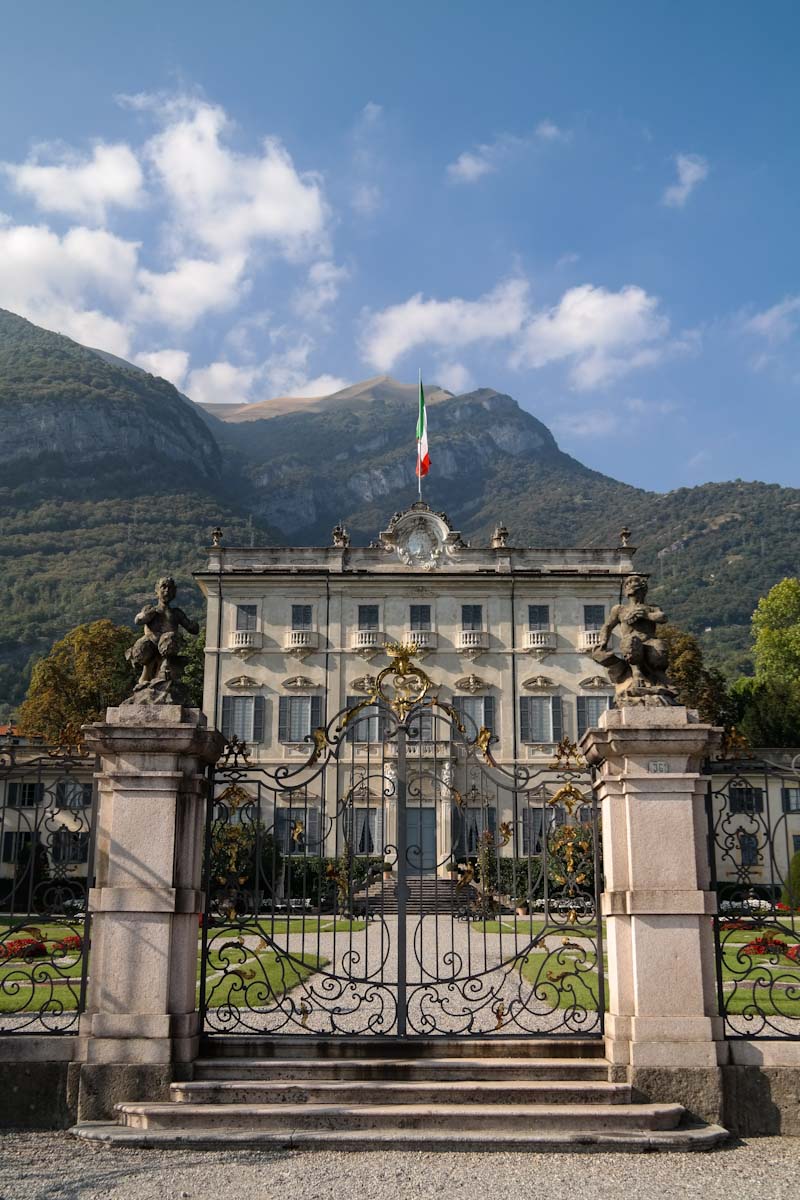 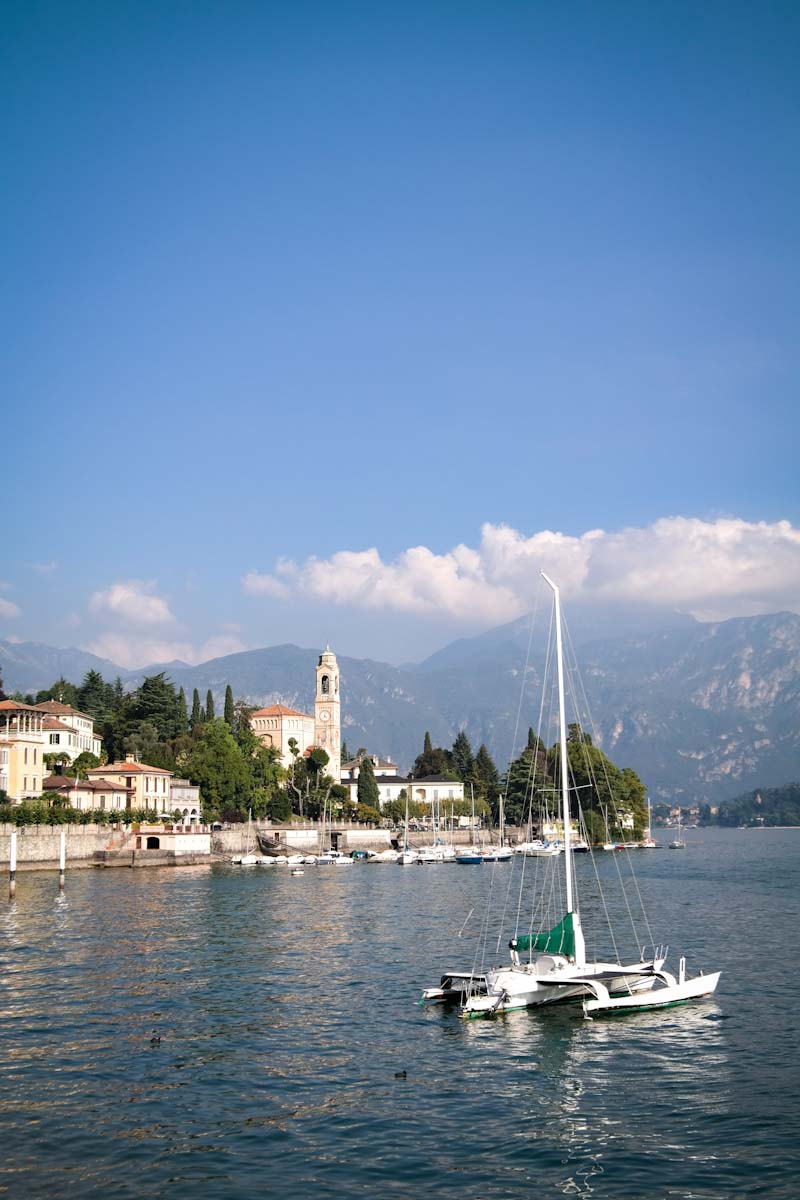 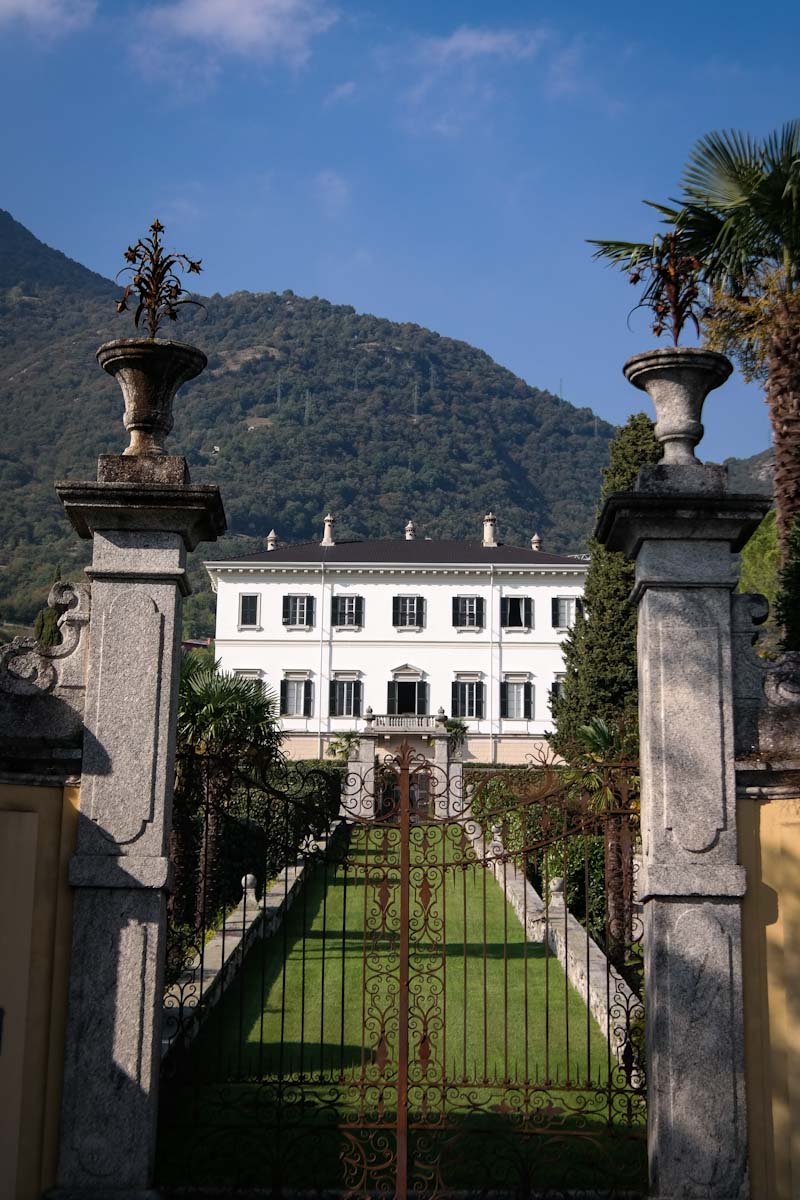 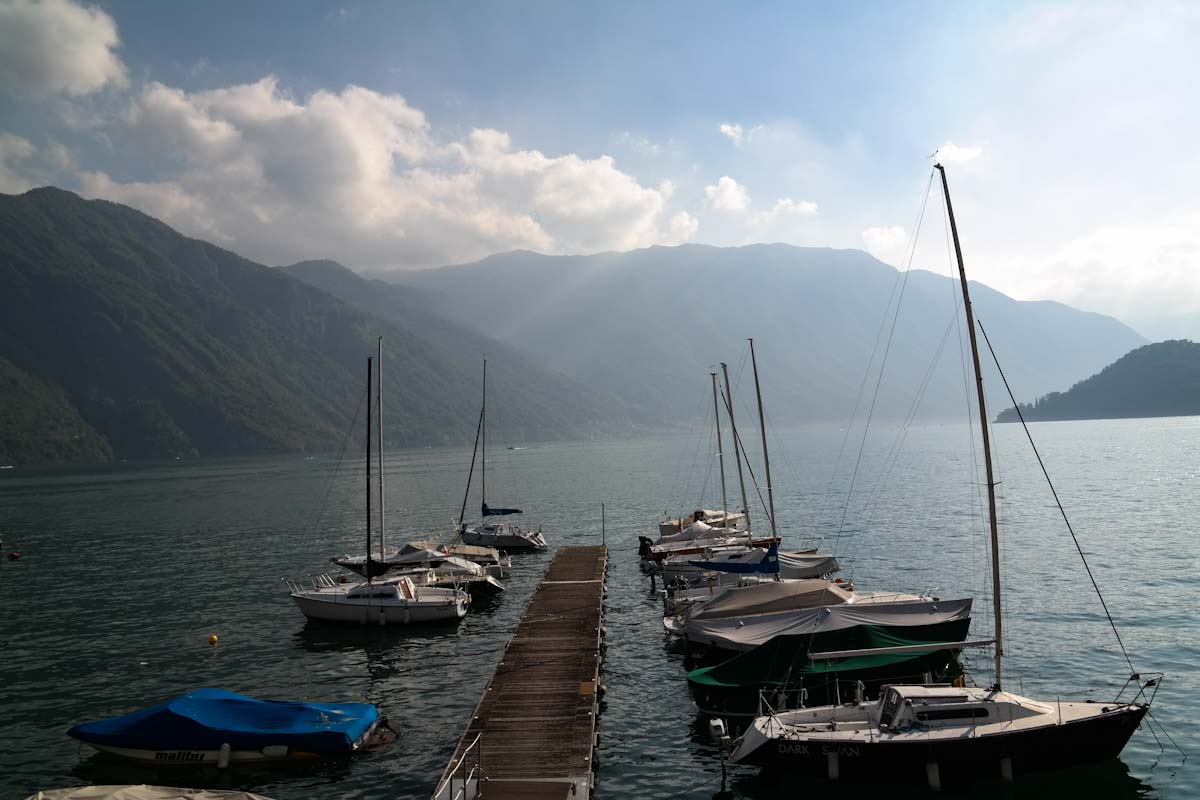 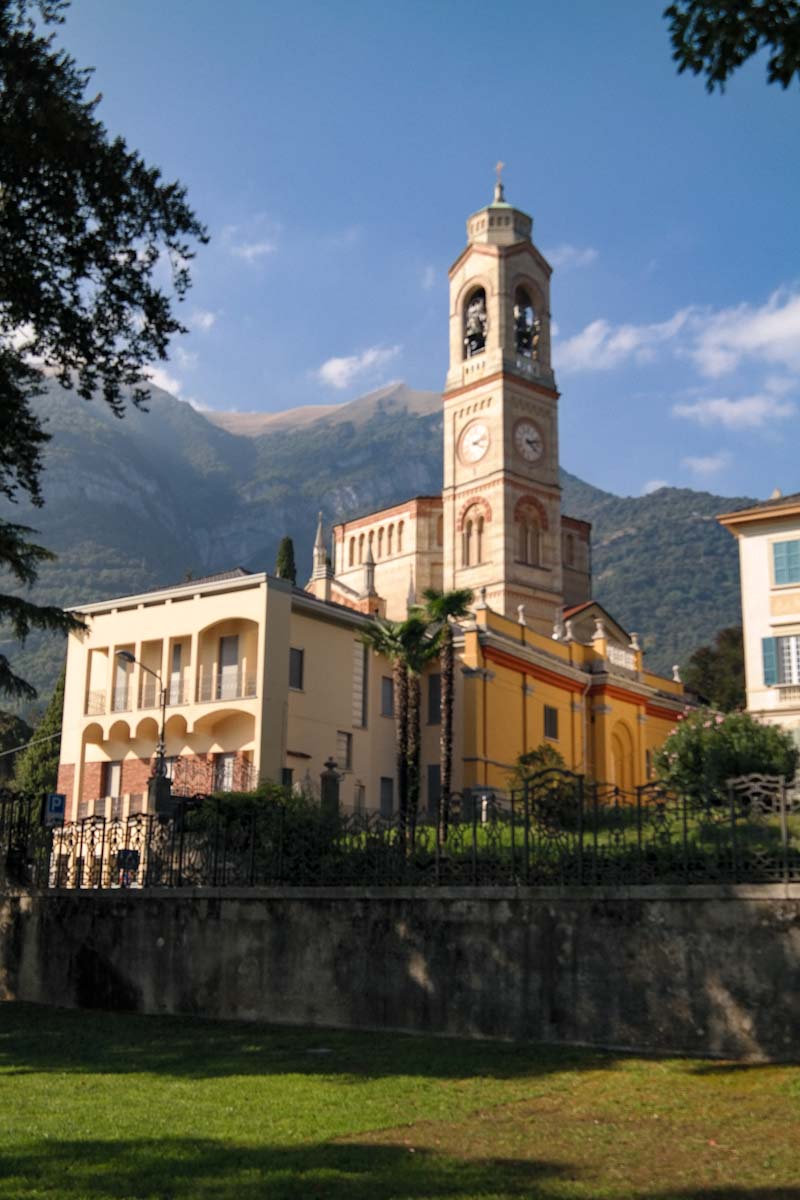